i'd been dying to ride the new incredicoaster that was part of the newly re-themed pixar pier at california adventure.  it was also an existing ride that had been given a face lift to incorporate an "incredibles" storyline, so it's not like i hadn't ever been on it.  but i also hadn't ridden the old "california screamin'" in a really long time - the bean, while having ridden it once, is still a little skittish about being turned upside down during a rollercoaster.  and i'll admit it...i really hate rides that start off by launching you at a high speed.  it's so sad that i've become such a wuss in my old age.

so on the monday after returning from vacation, the old lady and i dropped the bean off at camp and headed off for a mommy & me disney day trip. 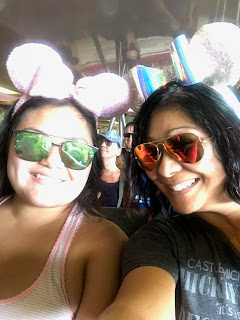 since we'd arrived fairly early, it wasn't hard to secure a fastpass for the ride.  about an hour after we entered the park, our window opened and we headed on into the queue. 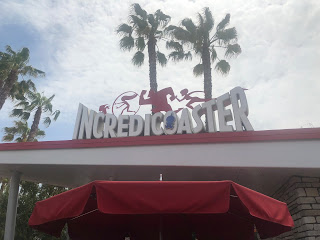 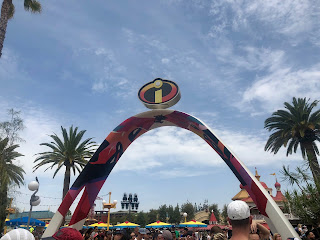 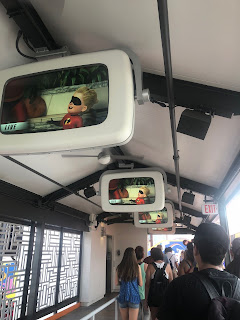 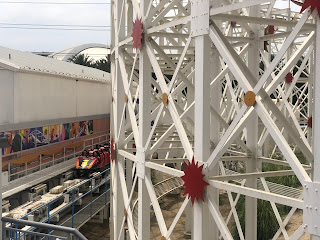 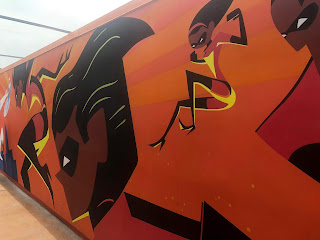 the old lady said that it was a little bit of a bummer to go through the fastpass line because most of the storyline for the ride is told during the regular waiting area for the standby line.  the wait at that point was already 45 minutes, so i figured i'd get the story another time, like maybe during one of our rope drop sundays.  the launch at the start of the ride wasn't as scary as i'd built it up in my head (or they slowed it down, who knows), and because it'd been so long since i'd ridden it it seemed like the first time all over again for me.  it was really fun, and we both giggled our way through it between screaming our heads off. 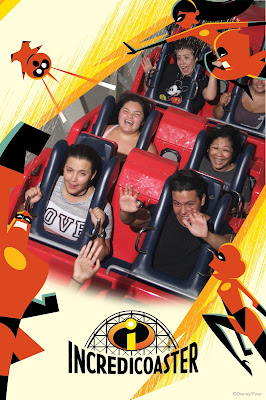 as we started heading from the pier in search of something to have for lunch, we noticed that the line for the new lamplight lounge wasn't too long.  this is the restaurant that used to be "ariel's grotto," with a outdoor bar in the back that's popular with all the guests who love the adult beverages.  we decided to put our names in and found that if we were willing to sit in the bar and not go downstairs where a full lunch menu was available, we could be seated right away.  and with plenty of time to have a drink and burn it off before leaving to pick up the bean from camp, we went for it. 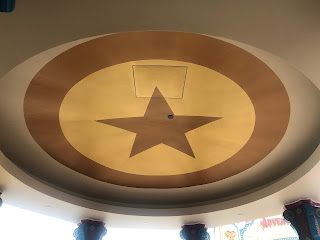 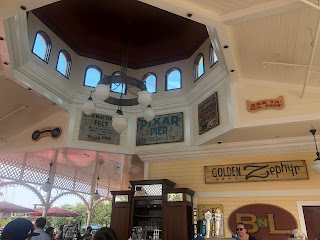 the new menu was bright and colorful, with lots of fun cocktails to pick from. 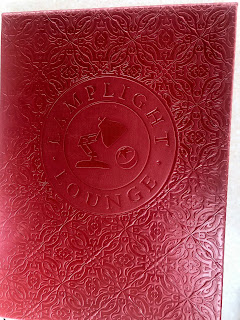 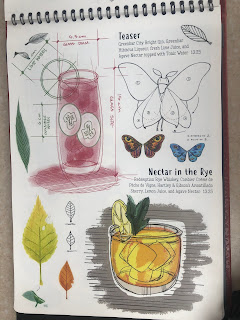 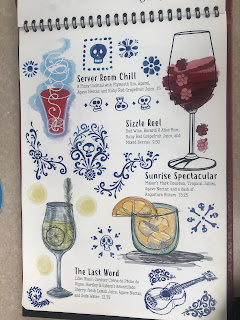 i went with the "teaser," while she ordered "the last word."  both were refreshing and delicious. 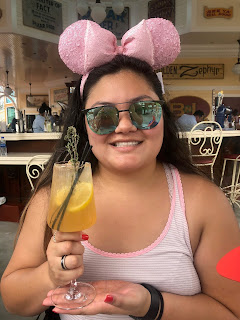 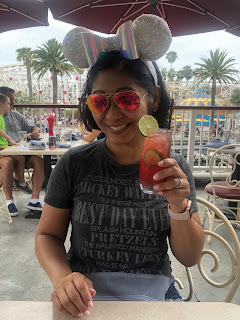 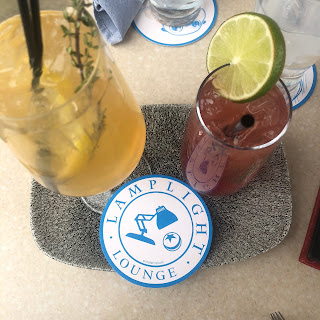 and my fun fact for the day:  if you don't finish your drink before you have to leave (like to run to a ride for a fastpass window or something), they'll give you a clear plastic cup and you can walk around the park with it.  yay! 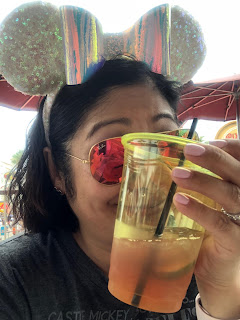 at the lucky fortune cookery in the wharf area, the old lady finally got to try "harryhausen's chilled noodle salad," which featured these fun iridescent noodles that changed color when she poured the sauce over them. 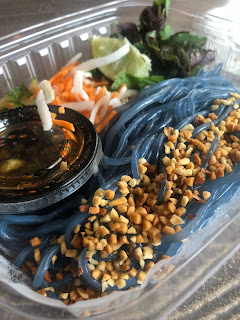 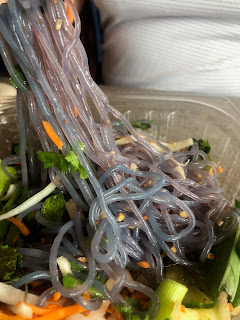 i opted for the chicken rice bowl on the kids' menu because i wasn't super hungry.  it was really good, healthy and just the right amount of food. 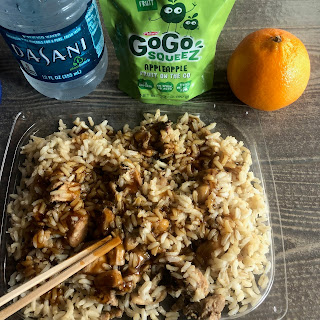 after browsing a bit through the shops, it was time to go. 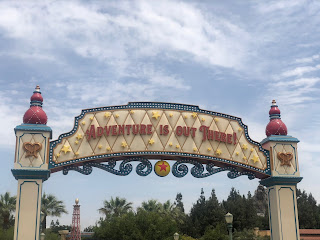 as much as i miss the old california theming in the park, i have to admit that it's really fun to check out all of the colorful pixar decorations throughout the redesigned pier.  and now i can't wait to go back and ride the incredicoaster again.  yay for new disney stuff!
at July 25, 2018