can't get enough of the vegas

okay, so vegas.  after enjoying a fun mimosa breakfast with some of my favorite mom friends, i headed home to throw some stuff into a bag and get on the road with the hub and the bean.  we'd originally planned to head out around 10, but as is our norm we didn't actually get out of the house until a full hour and change later.  oh well. 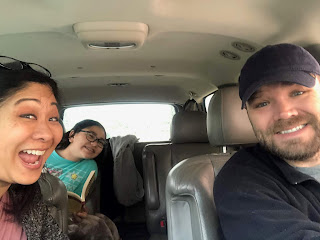 no vegas road trip is complete anymore without a pitstop at eddie world.  we picked up a few snacks and some water and got back on the road.  it was starting to get a little busier on the freeway, and we were trying to avoid sitting in too much traffic. 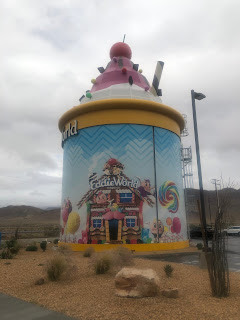 luckily we managed to make pretty good time, and decided to hit the strip and grab a late lunch before checking into the hotel.  we knew we could get something quick and super delicious at another favorite spot:  eataly at the park MGM. 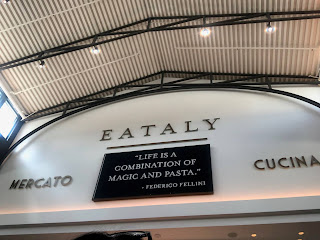 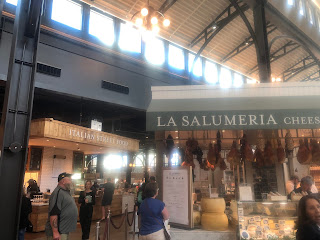 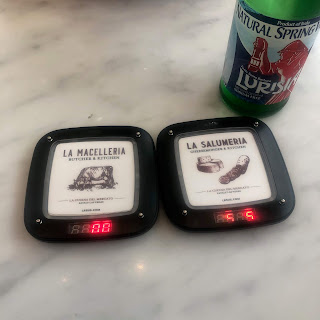 the bean and i are always down for a plate o'prosciutto and burrata.  always. 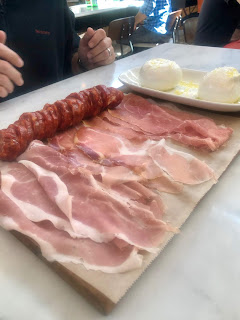 and we split a nice, juicy ribeye that was perfectly seasoned.  so good. 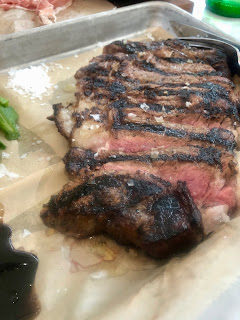 once we'd devoured every bit of those plates o'meat, it was time to hop back into the car and head over to the good ol' orleans to check in and get the bean ready for the evening.  this cheer competition also included a fun "prom"-style gathering for all of the athletes, and the girls were excited to get all dressed up and do fun stuff together.  when we got there, the line at the registration desk was pretty similar to that of a ride at disneyland...super long, but moving along at a decent pace. 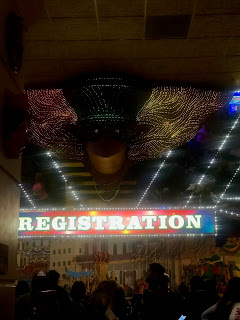 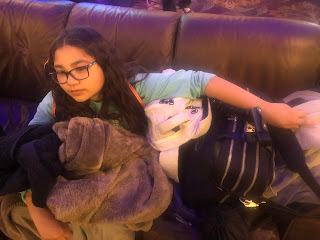 the hub checked in for both rooms, since the old lady and her special friend were arriving a little later that evening.  we were glad to see that their room was just across the hall from ours.  and then a glance at the clock told me that we needed to get moving, because we had just about half an hour to get the bean ready for prom.  so i busted out the curling iron and got to work.

do you know how hard it is to find an age appropriate prom-style dress for an 11-year-old who's not in girl sizes anymore?  everything is either way too low cut, super short, insanely tight or just really uncomfortable.  ugh.  we actually tried a couple of options before i finally gave up and decided to make her dress myself.  i asked her what she was hoping for, and when she said "something with sleeves, not too tight, round neck and a hi-lo hem" i was excited to find that i already had the perfect pattern to use.  she requested something in either a light blue or a mint green, and one trip to joann's yielded an aqua velvet with just enough stretch to make it work.  with a coupon it only cost about $20 to make this dress that she said was just what she wanted and was comfy to boot.  excellent.  we added one of my old stella & dot necklaces to jazz it up a little, pulled back the sides of her hair into two little braids and curled the rest and voila: 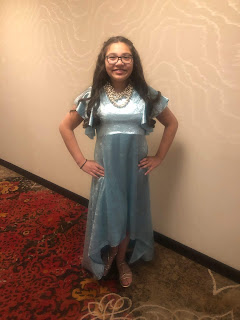 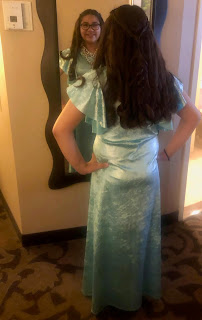 i took her upstairs to the coach's suite, where a few of the girls had already arrived and were giggling and chattering excitedly about each other's dresses.  they were all super cute, and i gave the bean a kiss and headed back downstairs to meet up with the hub.  we still needed to buy the old lady's birthday present, and so we headed out to the fashion show mall.

it didn't take us too long to pick out the present, and with more than an hour left to kill before picking the bean back up we decided to hang out at one of his favorite spots - the davidoff cigar lounge.  there were couches available on the patio, and it was a great spot to sit, sip a cocktail and do some peoplewatching.  because you know, there's nothing quite like peoplewatching in vegas, amirite? 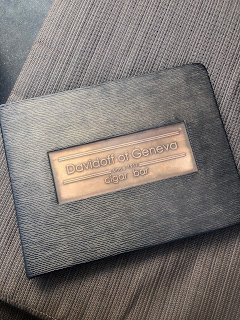 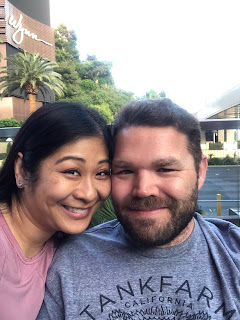 while we were sitting there, i got this picture of the girls as they were preparing to walk the red carpet into prom: 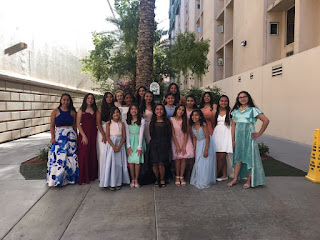 we were to pick up our girls at 7:30 when prom ended and then meet up again in the lobby at 9 for their party bus ride down the strip.  she wasn't really hungry, so we headed up to the room to relax for a bit until it was time to go again.  the kids arrived just as we were getting ready to go down to the lobby, and then when the bean was settled with the team again we headed off in search of some food. we only had an hour, so we stayed at the orleans and hit up bailiwick, a pub-style restaurant with a live band.

we'd seen reuben eggrolls on some food network show, so we decided to try them out.  they were...eh. 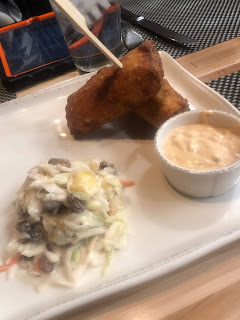 the old lady went with the taco special, which she said was pretty tasty. 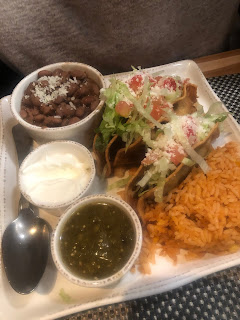 and i opted for the seafood roll sliders.  there was crab and shrimp in the buttered rolls, and they were surprisingly delicious despite the faces the hub made at them. 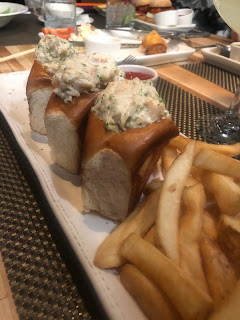 the bean came back a little after 10, and she was pretty tired.  and so while the hub took the kids out on the town, i went upstairs with her and ordered some room service while she got cleaned up and into her pajamas.  i think we were both knocked out somewhere around midnight.

Email ThisBlogThis!Share to TwitterShare to FacebookShare to Pinterest
Labels: the bean goes to prom, vegas