between everything else going on these days, i've gotten to work on a handful of really fun cookies.  one of my friends from my junior league days got married recently and hit me up to make her wedding favors.  she really wanted to feature their sweet dog, and sent me a photo to print on edible paper.  how cute is he?? 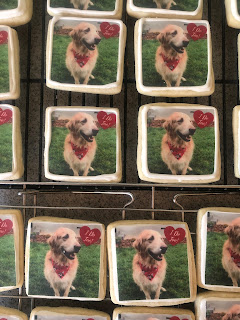 for a bridal shower that was described as "rustic, lots of wood and burlap, sunflowers, simple lines" i got to use a technique i haven't gotten to bust out in a long time.  i forget how much fun it is to paint cookies: 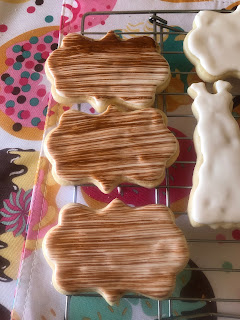 the hostess loved the final result. 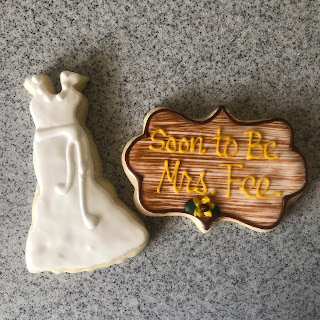 another good friend of mine snagged a great job at a little local company you might recognize.  actually, both she and her daughter got the word that they were hired on the same day - office job for her and a spot in a local store for her daughter.  and so they decided to celebrate with a fun family party and served these up: 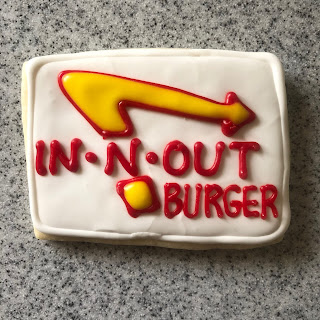 the bean's kindergarten teacher hit me up to make treats for her annual classroom mother's day tea. 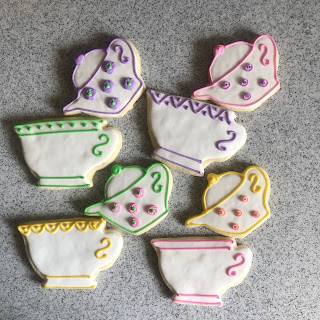 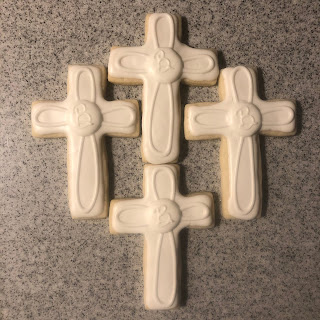 and then another friend hit me up for some captain marvel-themed cookies for her daughter's birthday.  i haven't had the chance to see the movie yet, but when i looked up the logo it seemed simple enough.  except that of course, the simplest designs are usually the hardest to duplicate - at least, it is for me.  this one was pretty deceptive though...it started off really easy. 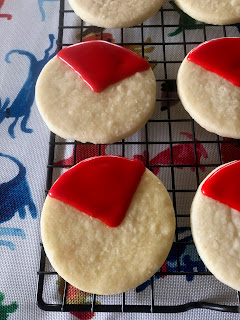 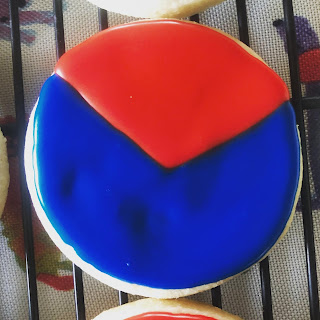 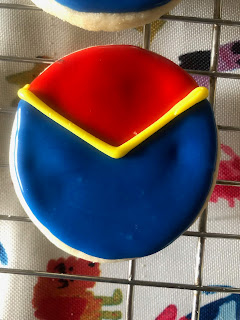 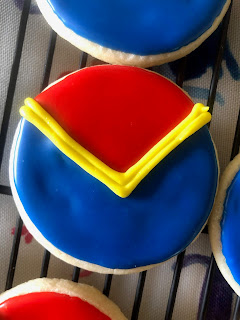 and then it was time to draw that star, which was the part i was dreading the most.  and as it turns out, for good reason.  because i tried to freehand it at first - which was an utter failure.  a 3-year-old could have done it better.  and so i sucked it up and decided to draw an outline first and then come back and fill it in after it had a chance to dry.  and thank goodness i was going to cover up those lines because this was also very much NOT a work of art: 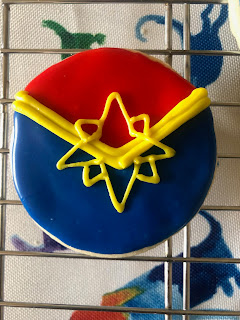 the star is definitely way too big and definitely not properly proportioned, but that's as close as i was gonna get.  i really hated how they came out, but then i sent her this picture and she reminded me that 1.  they were for kindergarteners and 2.  they were just going to go into their bellies, and then she threw in 3.  the birthday girl was super happy with them...which then led me to 4.  i guess i'm too hard on myself.  heh. 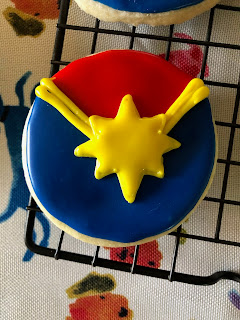 thank goodness for friends who talk me off the ledge when i need it the most.
at May 23, 2019