this last week of school went by in a blur.  although i have to say...the whole dang year pretty much flew by.  i can't believe it's already over, and everyone in the house is elated over the end of homework and projects and reports...for now, anyway.

with the hub out of town on a boys' trip, the bean and i had the run of the house all week long.  every day at school is a half day during the last week, so we didn't have to worry about ordering lunches.  on monday, the old lady and i picked her up from school and took her to her most favorite sushi joint - the one that lilcee and mini cee introduced us to last year.  she was one happy camper as she chowed down on all of her favorite things. 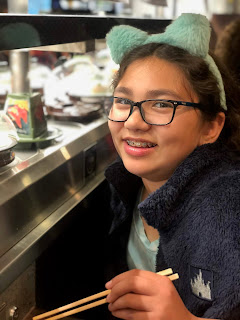 i'd decided that i wanted to make a little present for the class for when they had their small, casual promotion ceremony before their class trip to boomers.  and so i spent the rest of that afternoon working on these keyfobs in their school colors.  class of 2022...so crazy. 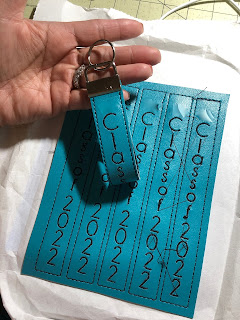 once all of the embroidering was done, i just had to trim the extra stitches, cut them out and add the hardware.  a trip to baskin robbins while the bean was at her ukelele lesson (her last one until school starts again) yielded the second part of the gift, and with my trusty hole punch and some ball chains i finished off 34 of these bad boys without having to stay up till midnight. 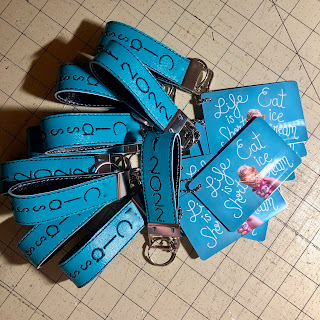 in this world of graduation ceremonies for everything including preschool and kindergarten, where families often go overboard with the money leis and large flowers and balloons and things, it was refreshing that the 5th graders kept it simple.  it really was just a quick little thing where the teachers each said some nice things about how great the class was and how much they'd enjoyed teaching them over the last year, and then called each kid up one by one and handed them their certificate (and my little gift too).  they took a group photo (which i won't post since i don't have permission from all of the parents) and then it was done. 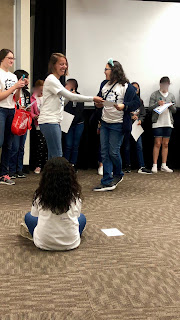 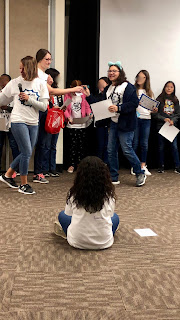 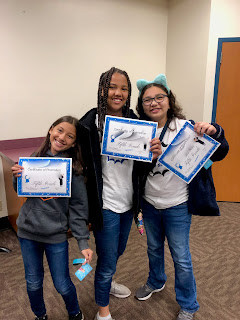 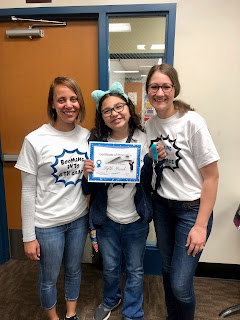 and just like that, my baby is done with elementary school and is now a junior higher.  holy crap. 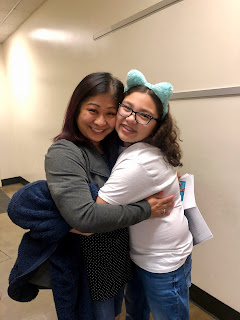 i chose not to hover and didn't show up to boomers until they were almost done.  there were just a handful of parents who were there for the whole day, but i'd already told the bean that i wasn't going to be one of them.  when i got there, she was finishing up a turn on the go-karts. 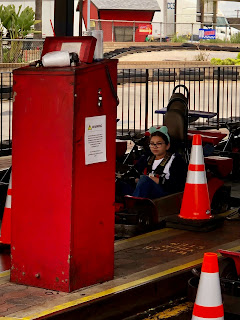 she went right from that car back to the line and into a two-seater with her BFF. 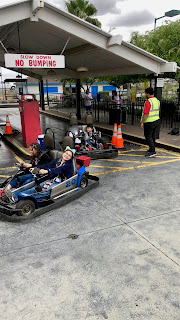 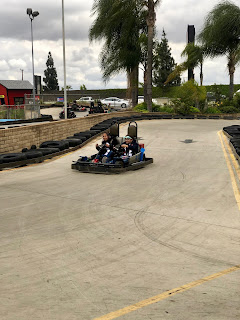 turns out they'd spent almost the entire day riding those things, with a quick round of mini golf and a couple of other rides in between. 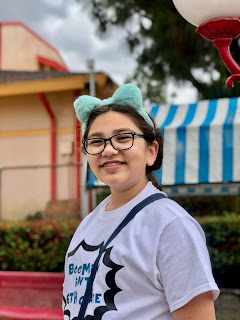 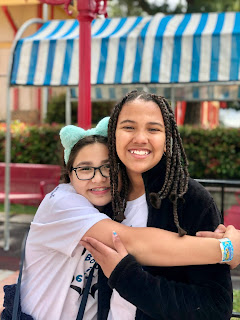 wednesday was spent just hanging out with their classmates, watching movies and packing up the last of their stuff from their classrooms and lockers.  and then the last day was upon us: 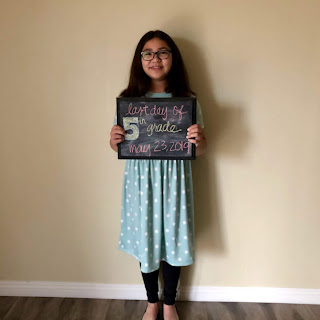 she said this dress that i busted out for her the night before was super comfy. 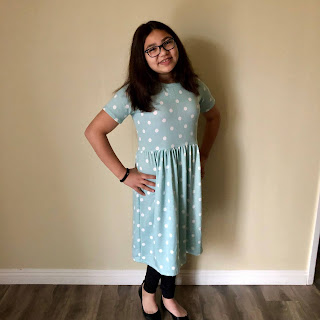 she'd become good friends with one of the korean exchange students in her class, and she made her a little present that she was excited to give her on that last day of school.  so cute: and i went home to make quick cards to give her teachers along with a cute little bouquet from trader joe's.  i don't know how i managed not to take a picture of the finished product, but whatever. 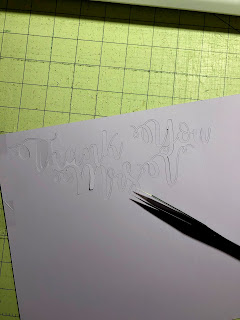 it's still hard to believe that this trio is going their separate ways next year.  these girls have been together since kindergarten, and not only have they been good friends but their moms and i formed a tight bond over the years.  we relied on each other for after school pick-ups and planned out summer camps together and turned into a little family.  and while i'm sure we'll all still stay in touch, it won't be the same.  it makes me super sad, but i'm hopeful that we'll find ways to hang out so that the girls stay friends as they continue the process of growing up. 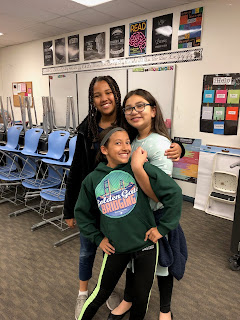 one last hug for her teacher, and that was that. 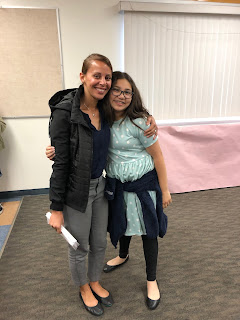 this summer is already shaping up to be one of our best yet, with lots of fun plans and summer camps and cheer and all sorts of stuff going on.  it'll be a great way to blow off lots of steam before getting down to the business of junior high.  and it's gonna go by in a flash.  we'd better enjoy it while it lasts.
at May 24, 2019