it's so hard to believe, but the school year is winding down to an end again and it seems like it absolutely flew by.  i mean...didn't we JUST have christmas??

for their end of the year bash, the 5th graders go to boomers, a local amusement park where they get the run of the place for a few hours.  there's all sorts of stuff - mini golf, go karts, carnival-style rides, a rock wall...you get the picture.  the teachers had already approached me a few months ago asking if i could do shirts for everyone to wear that day, something simple with lots of room for the kids to sign each other's backs.  i had them poll the students to come up with a slogan or something for me to put on the shirts, and this is what they came up with: 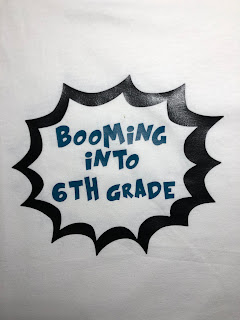 i told the bean privately that it was a little lame and cheesy and then she informed me that it was her suggestion that won the most votes.  muahahahahahahaha.

along with the last couple of weeks of school comes the annual uniform donation/exchange.  you turn in whatever uniform pieces you want and then you can "shop" from the items turned in for next year.  anything not claimed gets donated to charity, and then your kid gets free dress for the rest of the school year.  it's always the kids' favorite time of year.

while the bean loves free dress, she doesn't really care much about what she wears.  yet.  and she still loves wearing pieces i make for her.  so i busted out a couple of new things for her to wear, and the first day she wore this dress i made using the leftover fabric from the top i made my mom for mother's day. 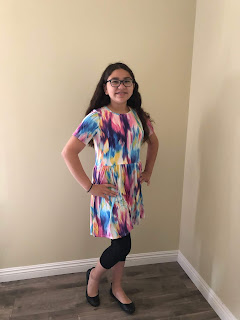 and this fabric i've been hoarding for a few years.  she said her friends had fun identifying all of the disney doggies from the design. 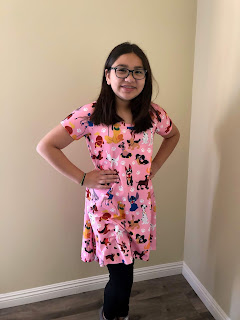 the annual choir and band spring concert was last week too, and while she's terrible about practicing on that trombone she held her own during the performance. 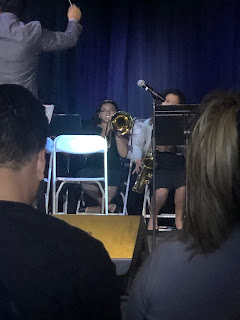 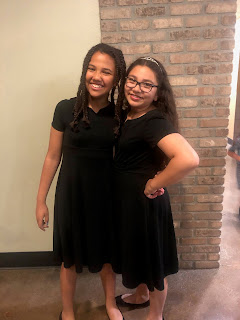 also last week, she got the haircut she'd been asking for.  i was a little hesitant because her hair has changed so much with the onset of pre-puberty - her hair used to be so straight and easy, but over the last year or so it's become really wavy and curly.  it's beautiful, but i don't know how to manage curly hair!  and she loves to brush it, which makes it really big and poofy.  i have to break her of that habit so that she doesn't end up with a bush on her head.

and i can't take her to the kids' salons anymore because they always do a really shitty job of cutting.  or, i should say, they just do a basic snip and go.  so i took her to one of the local big girl salons, where she was super excited to sit back and have her hair washed before the cut: 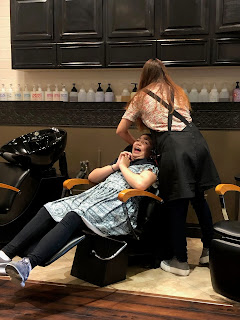 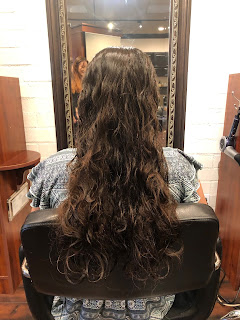 and the point of no return:


before the drying and styling: 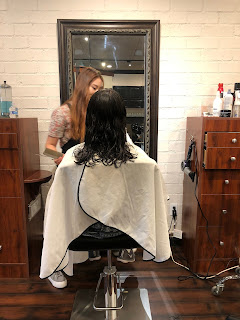 and the end result. 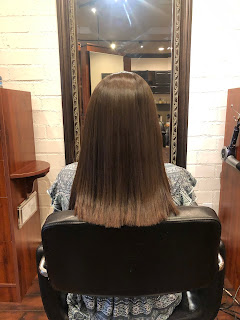 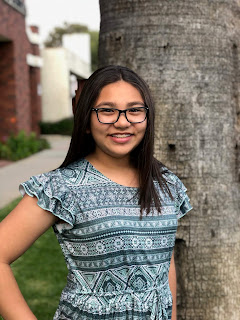 man, she looks so different with her hair straightened like that.  and older!  yikes.

of course, after she washed it and then slept on it, it went back to big and poofy.  i told her that if she wanted to maintain that perfect 'do she was going to have to learn how to dry and straighten it - knowing the entire time that there's no way she'll want to do that.  at least, not yet. 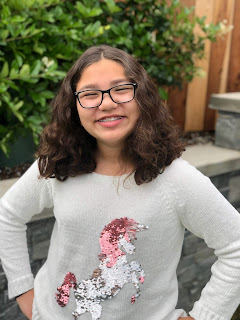 and now it's the last week of school.  they've been having a blast signing yearbooks, cleaning out lockers, soaking in the last few days of being together.  with the transition to junior high, a handful of her longtime buddies are going in different directions and it's going to be interesting to see what the class looks like once the new school year starts.