open house is even better with snacks

open house at the bean's school is always a good time, but this year was extra fun.  one of the projects in 5th grade starts off with pulling a piece of paper out of a hat that assigns a state to research, and then the students have several months to put together a board to display with everything they've learned about their state.  the final piece of the project has them dressing up as someone who hails from their state and serving up a snack that their state is known for.  we've enjoyed visiting this part of open house during previous years, and finally it was the bean's turn to be a participant.

i was pretty stoked when she came home and announced that maryland was her state - my family and i lived there until i was 7, so i have some pretty fond (although rather blurry because 7) memories of that time.  i do remember going crabbing once or twice, and definitely remember eating lots of crab while we lived there.  the bean lit up at this idea, but i vetoed the idea of making crab cakes to serve 50.  heh.

maryland has a state dessert called the smith island cake, and it's made up of something crazy like 8-10 layers of cake with chocolate frosting in between.  she lit up again until i told her that there was no way we were going to slave in the kitchen to make that business for 50 people.

but then we happened upon something that seemed a lot more reasonable - berger cookies.  they're a soft cake-like sugar cookie topped with a generous serving of chocolate ganache frosting, and while i'd never had them before they sounded delicious.  and fairly easy to make.  and they're a cultural icon that anyone from maryland will recognize instantly.  so we looked through several recipes and settled on the one that had great reviews and sounded like it would be the most authentic.  we had planned on doing a test run before the big day, but somehow never found the time.  oops.  and so on the day before open house, i pulled up the recipe and sat in the kitchen supervising the bean as she got to work.  as much as i knew i could get those things done in no time, i also knew that it was important for the bean to do the work and be able to claim ownership of her project.  luckily she enjoys baking and is pretty comfortable in the kitchen.  while she moves like molasses, she turned out those cookies like a pro. 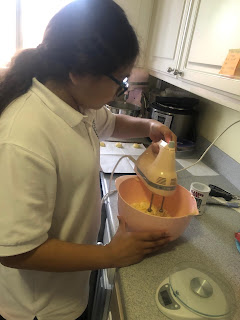 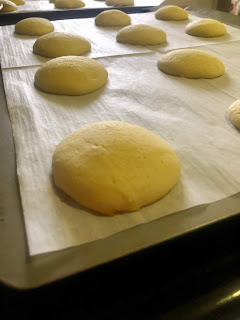 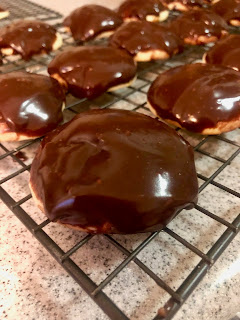 earlier that week, she finally turned in her finished state board that she and her daddy had worked on over spring break.  we were all pretty happy with how it turned out: 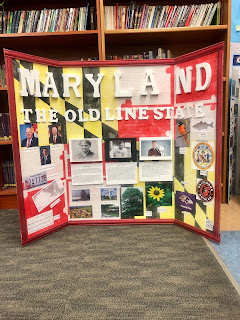 another project that they were displaying was an interesting assignment where the kids had been tasked with setting up a taco truck business.  they made up a name, created a logo, curated and priced out a menu, and then put together a miniature version of their truck using paper and basic craft supplies.  the bean had a lot of fun with this one, and i thought her finished product was super cute.  she cut up a sheet protector to use as the windows, added an umbrella for the outdoor dining area, and even put little pieces of "trash" in the bin.  i love her creativity. 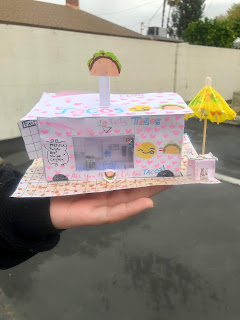 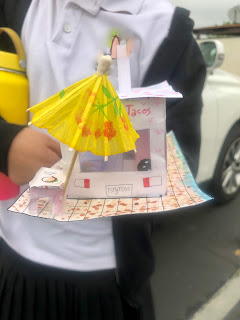 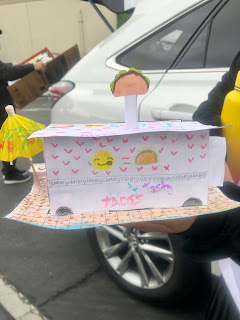 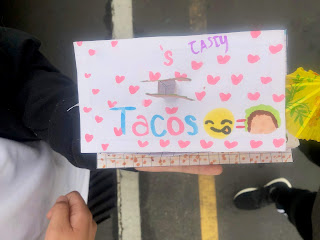 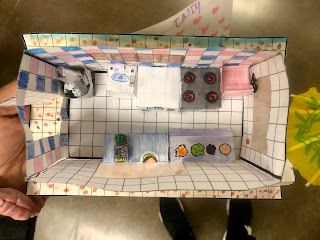 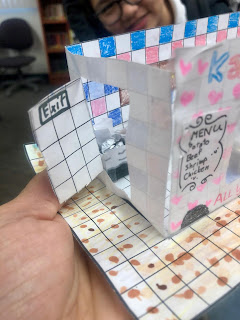 she decided to dress up as babe ruth - while he played for the new york yankees, he was born in baltimore. 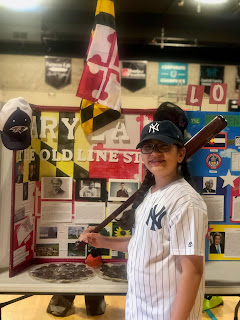 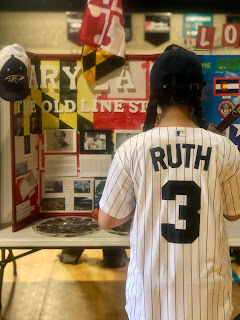 and of course we got a picture of her with her buddy - he'd gotten texas and brought the most delicious bbq brisket that he and his dad smoked for 16 hours. 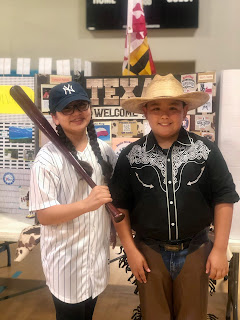 there were lots of delicious morsels to graze on, from fresh blueberries to krispy kreme donuts to fried chicken.  the old lady and i were happy clams as we went from one display to another, filling our bellies with the tasty tidbits. 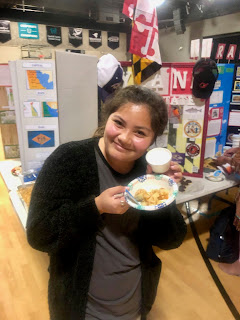 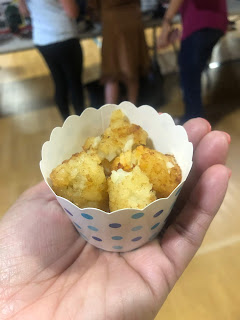 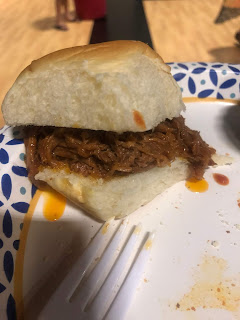 and when all of the bean's cookies were gone (which didn't take long at all, as you can imagine), we headed into her homeroom to check out all of their hard work that they'd completed throughout the year.  there was a wall of silhouettes that was fun to look at, and the bean was easily recognizable by her glasses and profile. 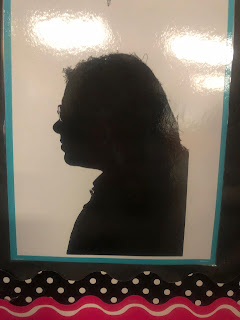 this was a cute math assignment: 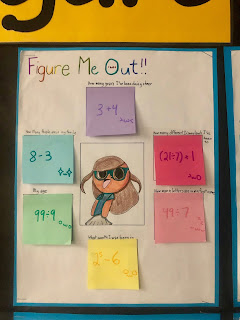 and the old lady sat at her desk and looked at the portfolio of essays and art projects and things. 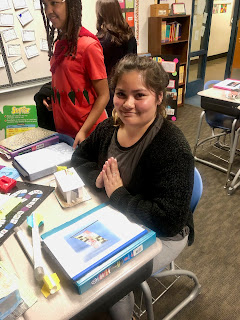 the hub and i attended the parent junior high orientation last night, and everything is just moving too damn fast.  holy cow.  there's just one full week of school left, with the final few days all being half days full of fun and play.  and then the elementary school years are over...just like that.