looking over our collection of "last day of school" photos and OMG.  because look: 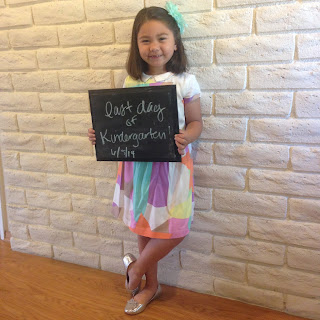 that was the year i was either super lazy or super forgetful on that last day and just scrawled the words on the chalkboard.  i was much better about it after making that mistake, though. 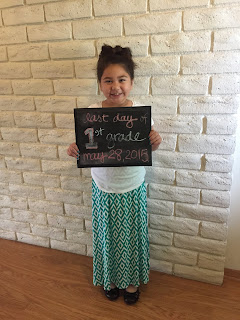 look at that little updo!  and the maxi skirt!  she loved that outfit so much. 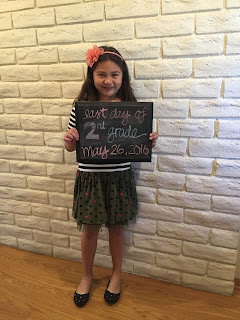 that was a favorite outfit too.  those free dress days are the best.

and then another maxi skirt: 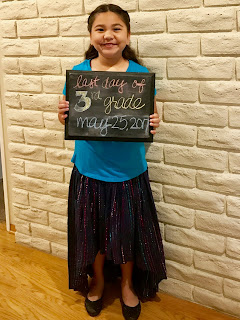 and the final year of posing in front of the brick wall. 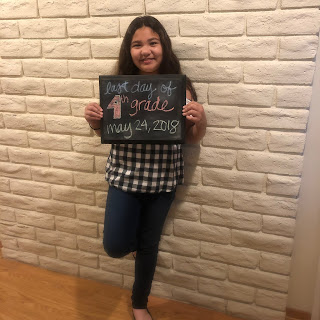 because of course, we made some changes in the house in the last year and so we had to find a new spot to take our commemorative photos.  this doesn't quite have the same look, so we'll have to keep moving around.  but until then, we're stuck with this weird corner where the other fireplace used to be. 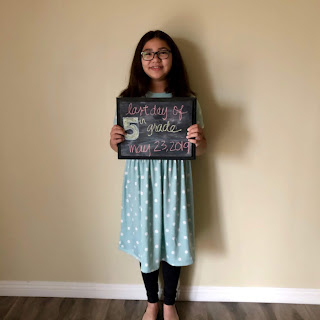 and of course, i get so many eyerolls when i ask for photos.  but she's a good girl and she'll pose for me as long as i make it snappy.

Email ThisBlogThis!Share to TwitterShare to FacebookShare to Pinterest
Labels: bean's growing up, walk down memory lane