want some boba in your butt?

after we'd said our goodbyes to the troop, we decided to share an uber with the bean's BFF and her family to oakland airport.  we'd lucked out with the same flight on the way up, but for the trip home they were booked on the flight after ours.  they were hoping to be able to change their flight at the ticket counter, so the girls were elated over the bonus time they got together.

the bean had spotted a boba shop in chinatown that she really wanted to hit up before we left, and since we had time we had the uber driver make a quick pitstop.  only the two of us were interested in grabbing a drink, so we hopped out as soon as we pulled up. 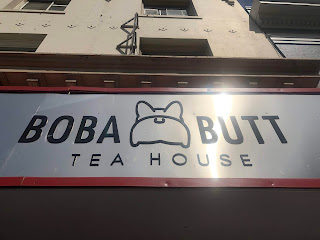 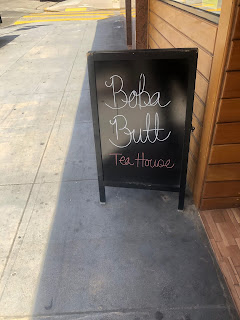 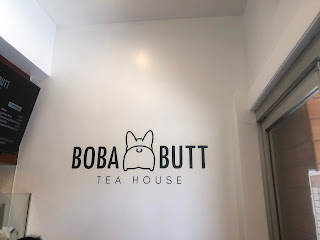 why yes, that does indeed say "boba butt."  and the logo looks like a cute little corgi puppy.  the menu looked good, too: 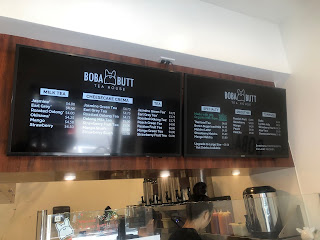 we placed our orders and then walked over to the back of the shop to take a quick selfie. 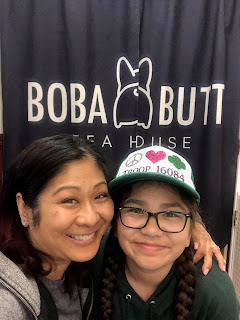 you know i'd have scooped up one of these hoodies had they not been sold out.  bummer. 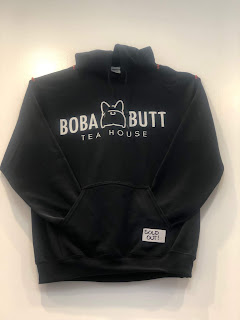 no biggie, though.  she was just super stoked that she'd gotten the chance to stop for a milk tea. 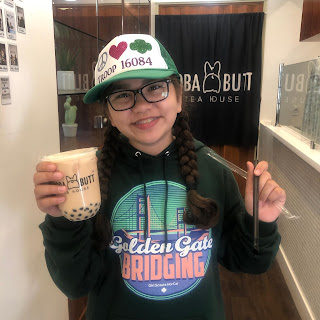 i'd opted for the strawberry milk tea topped with cheesecake crema, which was super creamy and delicious. 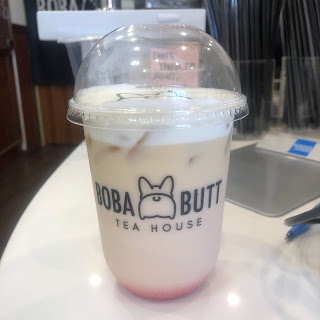 and look at the cute little decoration on top! 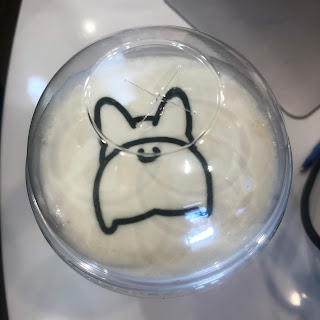 we cracked up like the 12 year olds we both are when i stuck my straw in and it looked like it was coming out of his butt. 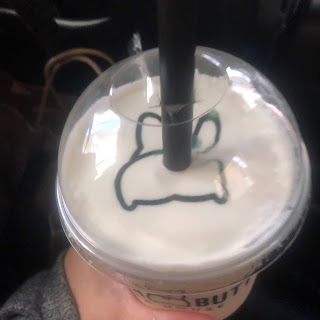 it was a relatively quick drive to the airport from there, and after a few anxious minutes at the ticket counter, our friends were happy to report that they'd been moved up into our flight after all.  it wasn't a full flight, and while they probably should have been charged for a fare change they lucked out as something was wrong with the computer and the agent waved them off without collecting a dime.  sweet!

the security checkpoint area had a corporate sponsor: 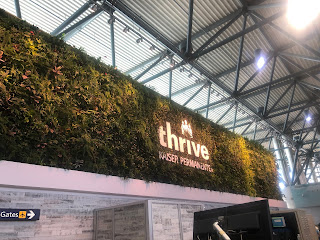 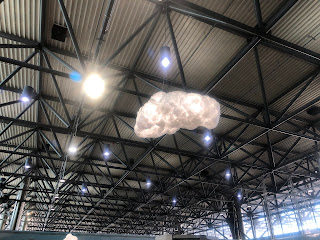 and after getting through, we found this.  there'd been signs that told us to get rid of the liquids but keep the bottles, which made more sense once we saw the free water dispensers on the other side of the wall. 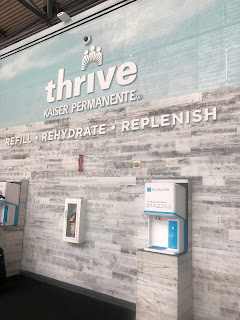 we had more than enough time to grab a table in one of the restaurants and have some lunch while catching the last few minutes of the basketball playoff game.  and then since the hub had remembered to check us in online the day before, we were in the earlier boarding group and managed to save seats so that we could all sit together. 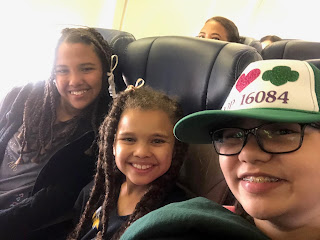 just like the flight up, this one was quick and uneventful.  once we landed, we headed on downstairs towards the exit and then parted ways at baggage claim. 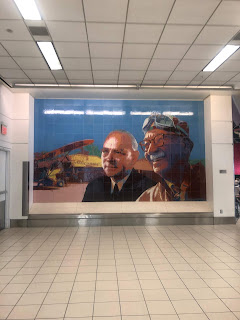 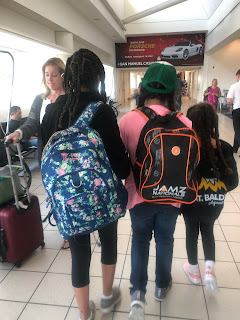 the hub had texted the valet service as soon as we landed, and after taking the bean for a potty break we walked out of the terminal and found our car waiting for us at the curb.  valet parking at the airport is pretty much one of the best things ever, right next to TSA precheck.  we were in the car and headed home less than half an hour after we'd landed.  most excellent. 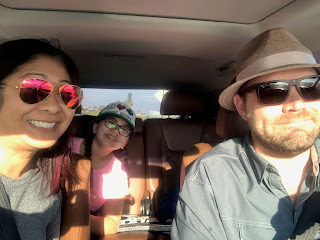 what a wonderful weekend indeed.  and just the first in a string of upcoming fun trips we have planned.  come on, summer!  we're ready for you!
at May 08, 2019

Email ThisBlogThis!Share to TwitterShare to FacebookShare to Pinterest
Labels: friends make everything better, leaving on a jet plane, san francisco