with the hub gone on a fishing trip for much of last week, the bean and i were left to navigate through the rest of the (typically busy) week by ourselves.  well, and with the puppies too.  stevie came over often to play, and i couldn't help but snap this while he and cocoa wrestled and teddy pouted because he was left out. 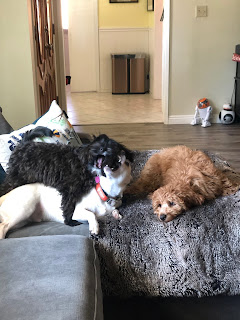 also without the hub around to judge me, i happily went to mcdonald's for lunch one day and grabbed my first mcrib of the season. 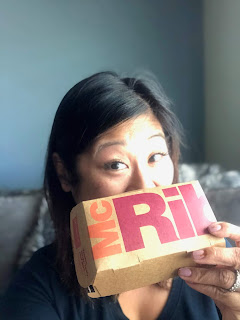 we were excited to meet up with our friends from hawaii, who were in town visiting family and friends during the kids' fall break.  their brief return prompted us to do a mini reunion with a handful of our girls and moms from our now-defunct girl scout troop, and it was so nice to see everyone and catch up. 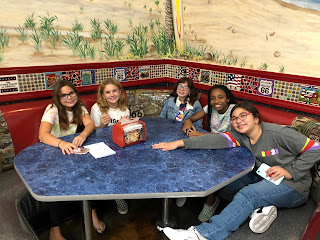 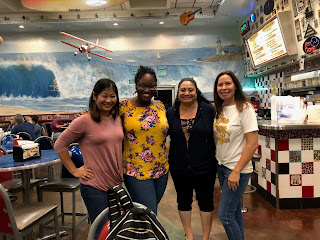 it was just like old times, and even though the girls are older and so way cooler now than they were before, they reverted to acting like little kids again while they were together.  it was so sweet. 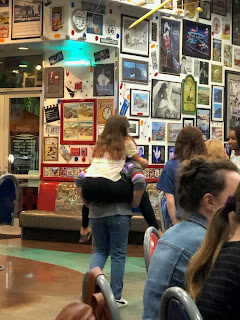 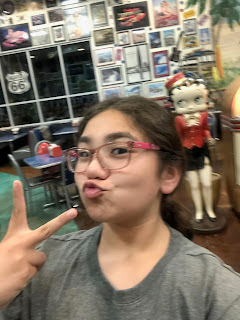 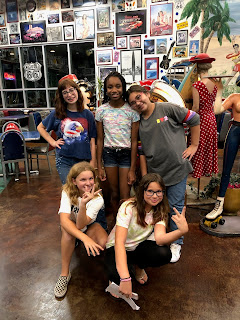 even though the bean is settled into her new troop and i'm perfectly happy being a drop-off parent, there are lots of times when i miss our troop.  we used to do so much fun stuff together, and being with the girls and my co-leader was always a good time.  i'd had such high hopes that we'd take the girls all the way through all of the levels of scouting, maybe even saving up for a big trip somewhere, but i guess it wasn't meant to be.

oh, well.  at least the bean has at least two of her buddies in her new troop, and they all seem to get along pretty well with the other girls too.  plus, her leaders are super organized and i have no doubt that they'll be successful in getting the girls all the way through their silver and gold awards someday.  they just finished working on their project for their bronze award, so they're well on their way.

Email ThisBlogThis!Share to TwitterShare to FacebookShare to Pinterest
Labels: friends make everything better, girl scouts, mcrib is back