one of the hub's uncles was recently diagnosed with a pretty aggressive form of cancer, which unfortunately led to his passing about a month later.  while we weren't very close to him, we knew him as a really nice man who was always willing to help out whenever needed.  he was a decorated vietnam war veteran, husband, father, grandfather, brother, uncle, friend.  it was a tough loss for the hub and his family, and i think we were all happy to hear that his final day on earth was spent with those he loved the most, ending with a peaceful passing as he slept.

with that news, family members began to arrive in the area as they gathered to organize a memorial service to celebrate his life.  a highlight was having brother wan and his family come to visit, bringing sweet little wyatt to come and play with us. 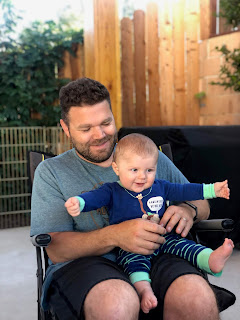 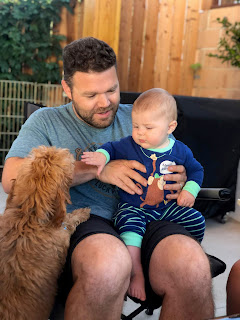 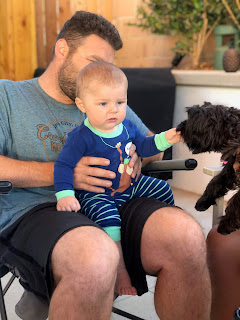 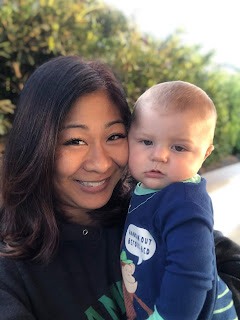 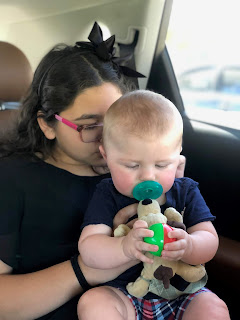 the service was held out at the national cemetery in riverside, where he was memorialized with a full military burial.  it was a beautiful day, and we got to listen to FIL speak about his beloved big brother, his hero throughout his whole life, along with the gun salute, the playing of "taps" and the presentation of the flag to the hub's aunt.  it was very touching and emotional, and i felt honored to be present for it.

after the ceremony was over, we had a good amount of time before gathering again at the hub's cousin's house for the afterparty.  is that the right thing to call it?  maybe, maybe not - but FIL said that his brother loved a great party with everyone in jeans and t-shirts, just hanging out having a good time.  they'd even secured one of the in-n-out cookout trucks for it, which is pretty much how his uncle would have wanted it.  the way things worked out, it didn't make sense for us to go home since we'd have been fighting traffic to get to the party on time.  and so instead we headed over to victoria gardens and grabbed a table at punch bowl social.  it's one of those places where you can eat, drink, bowl, play games...sort of like a grown-up chuck e. cheese.  being a monday afternoon, we pretty much had the place to ourselves. 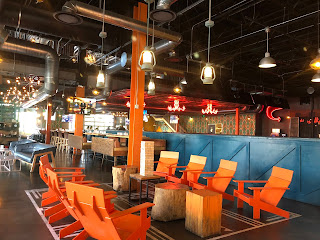 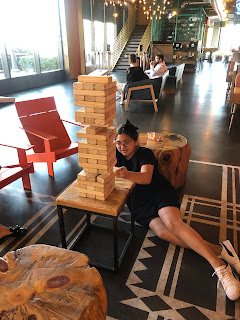 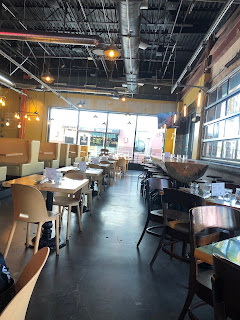 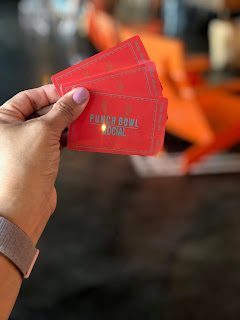 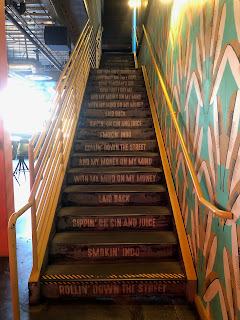 you can order drinks to share that are brought out in an actual punch bowl, served with a proper ladle into cute little cups.  ours was the watermelon polo bowl - tequila, watermelon spearmint tea, watermelon shrub, housemade strawberry syrup and fresh lime juice.  it was sweet, refreshing and delicious. 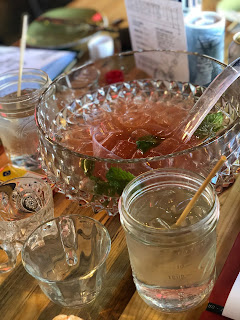 we ordered up some appetizers, too - "a pig, a duck, and some cheese walk into a bar" was a platter with prosciutto, confit duck leg, crispy chicharrones, olives, housemade dill pickle slices, chunks of blue and feta cheeses, strawberry jam and a baguette.  it was delicious. 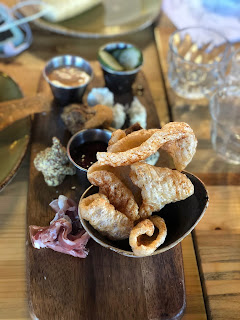 and the crab rangoon dip, warm and creamy and super tasty. 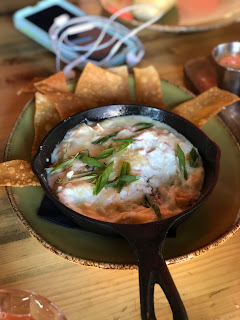 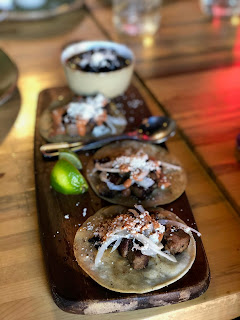 and the shrimp burger. 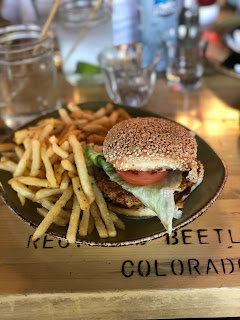 the girls and i had just enough time to do a little mini bowling: 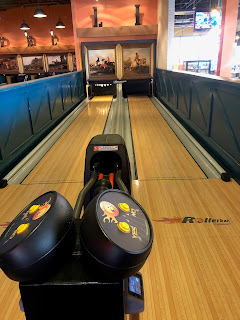 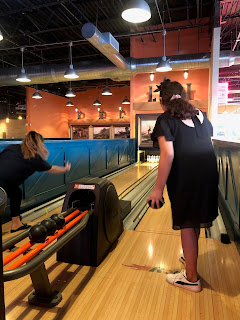 oh, and there are a few lanes for full-sized bowling too. it was a fun way to kill some time, and then we wrapped it up and headed on out to the afterparty.  the in-n-out truck was already parked in front, ready to serve up some tasty burgers. 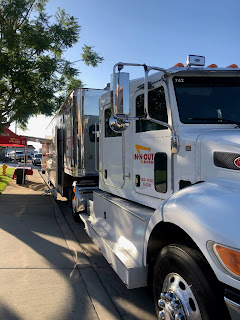 and the back yard was all set up with tables and chairs, with framed photos of the hub's uncle sprinkled everywhere.  the somber mood had given way to a lighter, more festive one and everyone was enjoying each other's company and sharing old stories and memories.  and there were pretty floral centerpieces on every table. 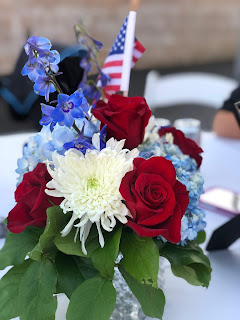 being a school night, the girls and i didn't stay too late.  we slipped out quietly, leaving the hub and his family to continue enjoying their time together.  i think his uncle would have liked his send-off, and i hope he watched it all happen from above with a smile.
at October 14, 2019