so we tried a second time to see if we could get teddy accustomed to the halloween costume we'd bought him. 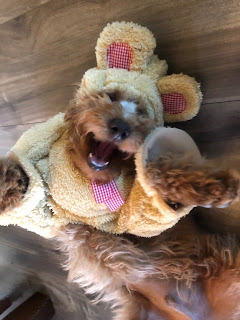 i don't think it worked. 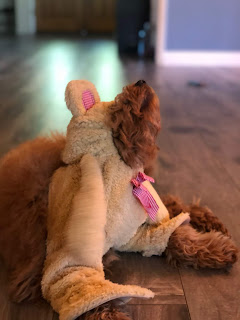 cocoa came over to sympathize. 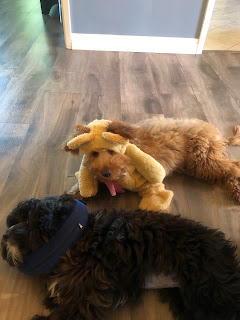 next, we tried putting cocoa into her little ewok costume.  she was quite a bit more accepting than teddy was. 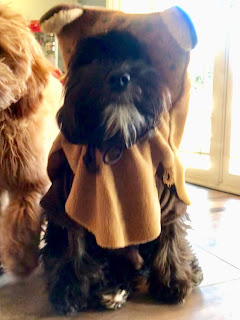 she balked a little at the hood, but didn't really fight it. 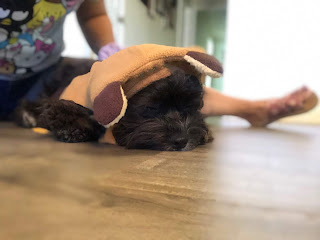 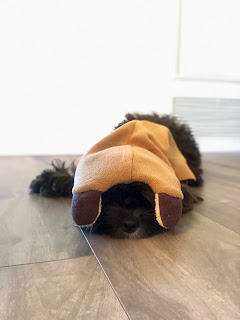 and after awhile, they both just gave up and laid down until we put them out of their misery and took the costumes off. 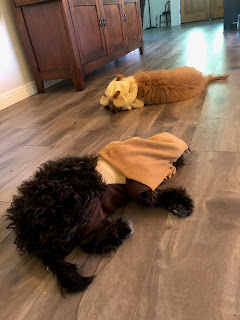 the rest of us celebrated halloween in different ways with a couple of different circles of friends last weekend.  first, with her school BFFs and their little sisters at a local party: 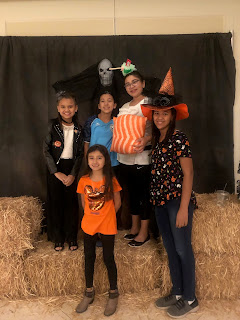 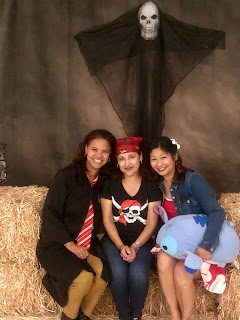 and then with dailygluttony, lilcee and their minis at disneyland. 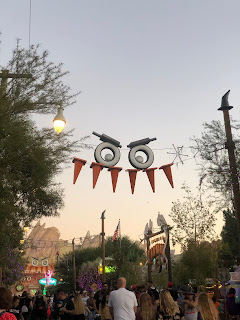 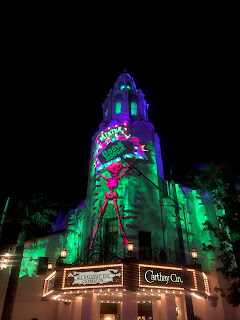 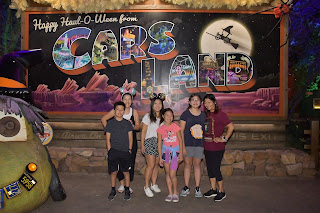 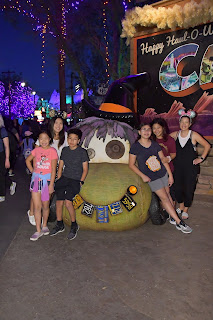 tonight, we'll head out with our school BFFs for trick-or-treating again like we've done the last few years.  she originally hadn't been very interested in any halloween festivities, but i think the thought of getting to hang out with her buddies on a school night proved to be pretty appealing.