getting cocoa all fixed up

our little cocoa turned six months old on saturday.  i've been waiting for this time to come because teddy seems to think it's fun to jump on top of her and start humping...and ain't nobody got time for a whole litter of puppies, as cute as they would likely be.  and so when we took them for some puppy booster shots, i inquired about making an appointment to have her spayed.

october is typically dental care month at our vet's office, so i shouldn't have been able to get her in until mid-november.  but because they love us there and happened to have a cancellation, they squeezed us right in for tuesday.  and so on monday evening, we put her food away by 10pm and only allowed her ice and water, as per the instructions we were given.

the next morning after dropping the bean off at school, i swung by the house to pick up cocoa and we headed over to the vet's office. 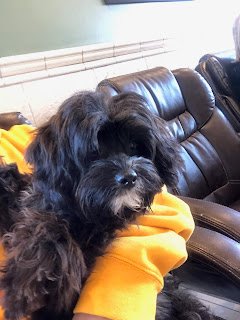 she was pretty calm and relaxed, although i couldn't help but be a little nervous.  i mentioned it to the old lady, who reminded me that the last time we dropped off a pet for surgery it ended up leading to molly's final months.  and when i got home, teddy was just confused at the absence of his companion.  he spent most of the day looking sadly at me like this: 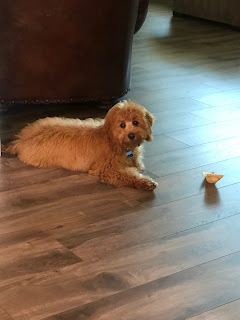 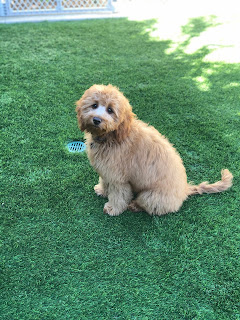 after picking up the bean from school, we headed over to pick up cocoa, who'd apparently come through the procedure with flying colors and was resting comfortably.  i could have picked her up a few hours prior, but i figured it might be better for her to be able to relax without teddy around trying to jump on top of her and play.  she was visibly happy to see us, but was still groggy and out of it from the anesthesia.  after bringing her home and letting her out into the yard to potty, we crated her to keep teddy from bugging her. 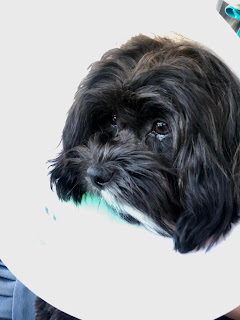 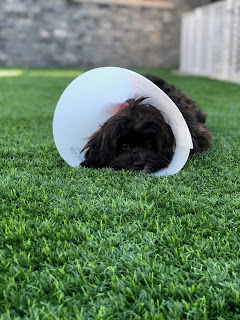 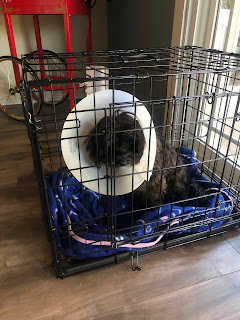 teddy was beyond elated to see her, but sensed that something was different.  and he was super curious about that thing she was wearing around her neck. 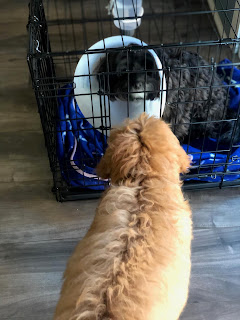 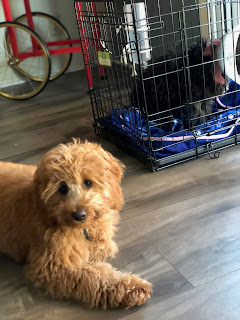 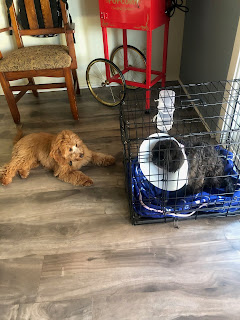 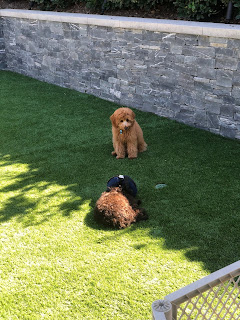 she was really out of it for most of the rest of that night, which the vet had prepared us for.  all that anesthesia was still working its way out of her little body, and she was just lethargic and sleepy and seemed happy when bedtime finally rolled around. 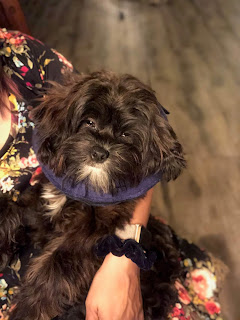 the next morning she was very obviously back to her old self, as we had to hold her back from running and jumping up onto the couch and starting tussels with teddy.  he was perfectly happy to engage, but because it hadn't even been a full 24 hours since her surgery we kept picking her up to keep them from going nuts.  finally i brought them both into the sewing room, where there was nothing for them to do but lay down and chew on toys. 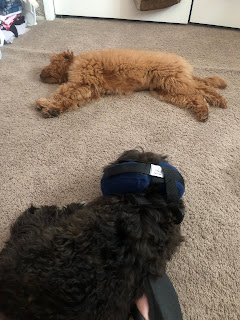 we're on day 3 now and she's definitely back to herself.  she's obviously itching to play hard and roll around with teddy and jump and run and everything she usually does, and she's happy to take her meds twice a day because we put it in pill pockets and they're like a treat to her.

and now we're on the countdown to when teddy turns six months old (december 1st!) and we can take him to be neutered.  i'm not excited for having to keep him calm, because i mean, duh...six month old puppy energy.  but it'll be good to get it all done.

Email ThisBlogThis!Share to TwitterShare to FacebookShare to Pinterest
Labels: cocoa