the one where i'm a full-on friends nerd

so we all know how much i love friends, right?  like, it's almost always on in the house at any given time of the day.  it's what i usually have on for background noise whenever i'm working on cookies or sewing a project or whatever i happen to be doing because i don't have to give it my full attention but can still keep up and laugh at all the jokes.

because this year is the 25th anniversary of the show's first season, there's been lots of merchandise and extra airings of the show and fun stuff like that.  like, lego announced that they were releasing this back on september 1st: 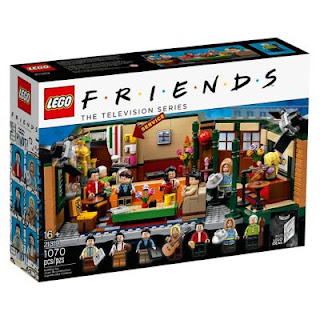 and i had it marked on my calendar because i wanted to head to the lego store in downtown disney that day to grab one for myself.  i was also planning to check it out online as soon as i woke up that day, which i did.  i had one in my cart and then for some reason totally lagged on pulling the trigger, and so of course when i remembered again and went back to it, it was on "backorder" status.  dang it.  so we headed down to anaheim later that afternoon and as we were on the tram from the parking structure i jokingly said "wouldn't it suck if they were sold out??"

well, you can guess what happened next.

we walked into the store, the old lady asked the employee at the entrance where we could find it in the store and he said "ohhh...we just sold the last one."

while we were walking towards the entrance to disneyland i pulled it up on my phone again and went ahead and placed my order on the website and hoped for the best.  i was so bummed.

that doesn't mean i don't have any fun merchandise, though.  like, i picked up these comfy sweats at target: 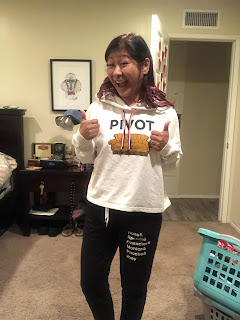 and i stitched these coasters out on my embroidery machine (i even use them, like every day): 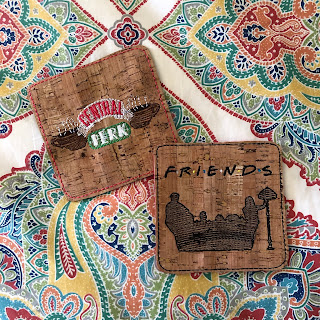 and then i got a super random email about an anniversary event happening on three different dates where episodes of the show and a blooper reel were going to be shown on the big screen at various movie theaters.  i hit up the old lady to see if she'd go with me, and we ended up buying tickets for a local theater where they bring dinner and drinks to your seats on the final date of the event. 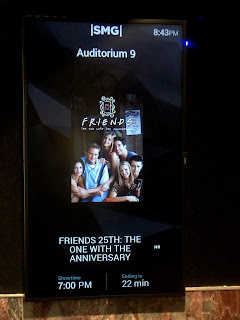 while we waited for our grub, we played trivia via the questions displayed on the screen. 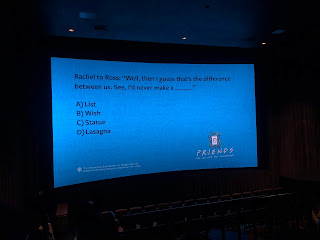 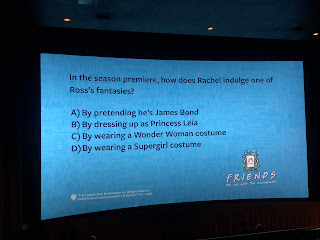 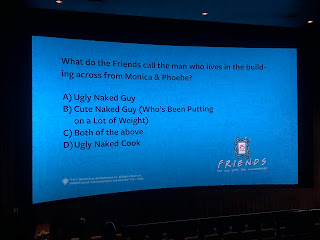 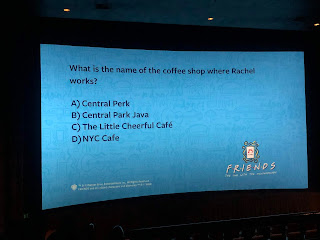 we were sitting in a particularly dark corner of the theater, so i don't have any food photos to share.  it was pretty basic anyway and would have made for boring pictures - chicken tenders, fries, salad, pretzel bites, dessert.  it was all pretty tasty and reasonably priced though, so i'd totally go back.

they showed us clips from interviews that had been shown on "extra" throughout the show's ten-season run which was different from the blooper reel we were expecting, but that's okay.  it was entertaining nonetheless. 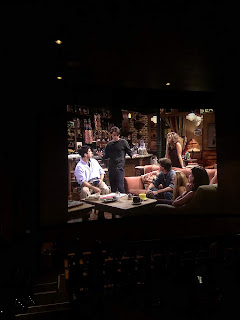 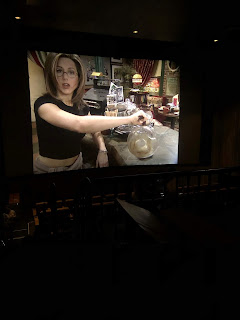 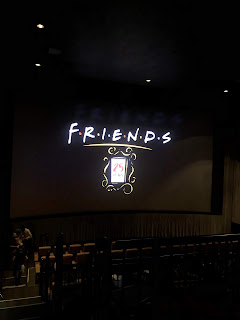 and then it was showtime!

we kicked it off with "the one with chandler in a box." 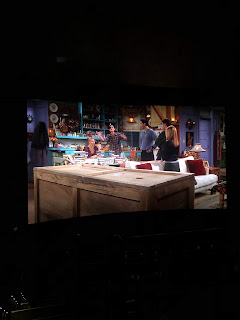 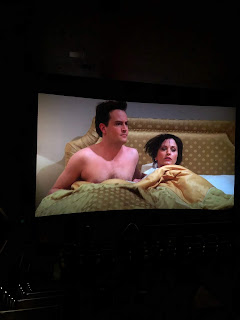 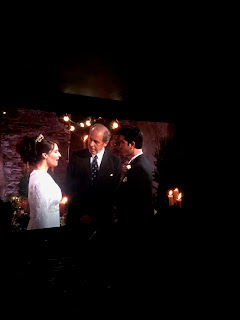 "the one where everybody finds out." 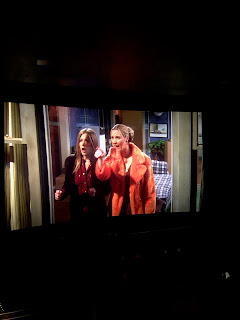 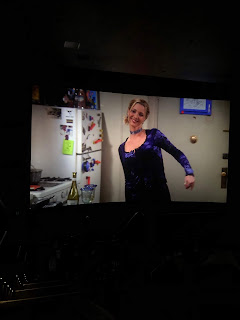 and lastly, "the one where ross got high." 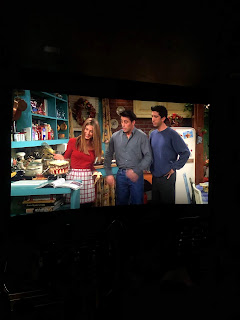 i know it seems kind of dumb to go watch something i've seen a zillion times in a movie theater, but it was really fun.  even the old lady said so.  seeing it all blown up on a huge screen brought our attention to little details that are easy to overlook when watching it on a tv (or on my phone, which is often the case), and it made for a really fun evening together.

in the days leading up to the show's actual air date anniversary, TBS network did a livestream trivia game via twitter that i just so happened to be home for.  it consisted of something like five rounds with 6 or 7 questions each, and because i am a super nerd i sat there and played the entire thing.  i was often the first one to respond, and i got all but one question right.  it was really fun, and i was extra excited to receive a direct message from the network later that afternoon asking for my shipping address so that they could send me a prize.

two days later, this was delivered: 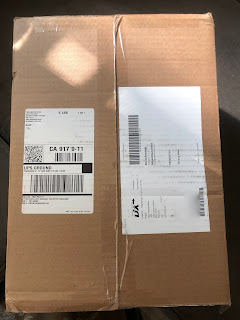 and OMG GUESS WHAT WAS INSIDE??


even funnier?  that backordered set from their website actually ended up coming through.  and so now i have two.  i'm considering putting the other one on ebay.  heh.

the old lady and i are having a ball putting the set together.  it's divided into several bags and there are full, detailed instructions.  we've got two bags left and then i can share it with you.  i don't even know where i'm going to put the damn thing when it's done.  that's okay, though.  it's all fun and games.

and it's not over yet!  the warner bros. studio tour announced something called "friendsgiving" coming next month, where they're offering a special friends-themed version of their studio tour capped off with a full thanksgiving meal served in their commissary.  and yes...of course i snagged tickets for me and the old lady.