i finally busted out that cuisinart food processor i've been wanting to figure out for five years.  yay for achieving one of my 2011 goals! 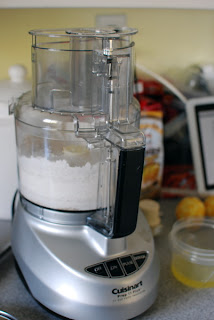 even better, it was while i was whipping up a batch of macarons - with lemon zest, fresh from our very own back yard. 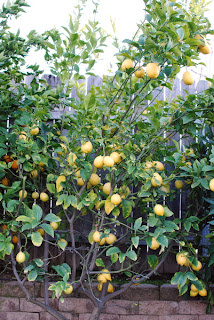 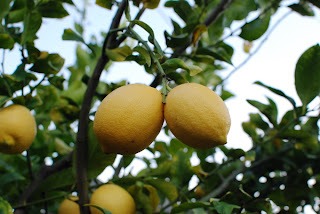 i'm pretty excited to be using stuff grown at the house of wan.  i'm actually trying to dig up as many recipes as i can think of to use up even more lemons, because they are a'plenty.  yay!

so with my previous macaron attempts, i've always been far too impatient to let the shells sit out for an hour or so to develop the "skin" on top.  i've baked them right out of the piping bag at a low temp for a few, and then finished them off in a hotter even.  i've done the "foolproof" version that incorporates the molten lava sugar syrup, which doesn't require any sitting-around time.  but because they've never turned out just right, i finally decided to wait it out and do it the proper way.  so i mixed up my batter, added a bit of yellow food coloring, scraped it into my piping bag, and squeezed out two pans' worth of shells. 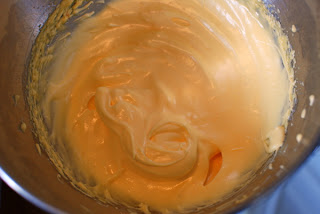 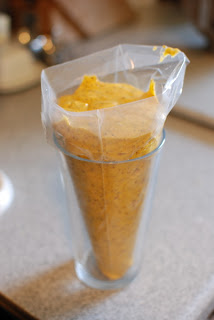 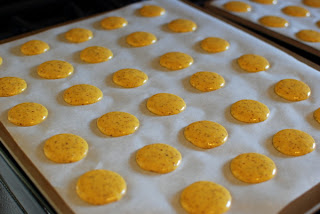 i kept myself busy during the next hour by cleaning up, looking for more recipes, snacking.  and when it was finally time, i popped them in the oven, set the timer, and hoped for the best.  i had to pick up the bean from school, so i took a chance and put both pans in the oven at the same time.

and wouldn't you know it - they were about 95% perfect.  smooth tops, pretty little lacy feet, beautiful. 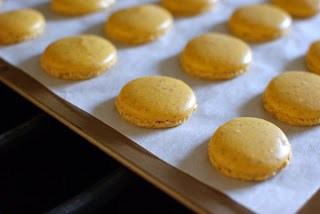 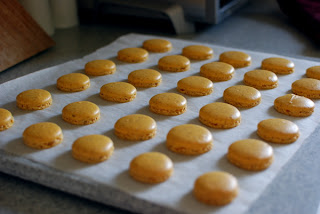 of course, the pan on the lower rack had a few explosions.  look at this sad little cookie - cracked on top without any feet. 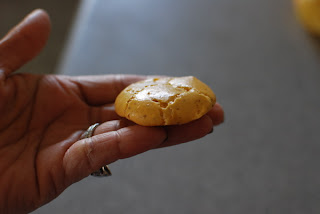 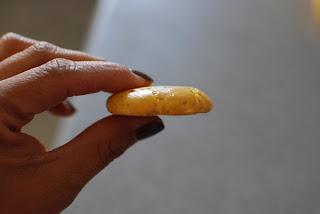 it tasted really good, though.  just a hint of lemon from the zest, slightly crunchy on top and chewy in the middle.  i was giddy.  they still had that dreaded air pocket at the top when i bit into it, but i think i know why - i forgot to smack the pan on the counter after i piped them, to push out any trapped air. 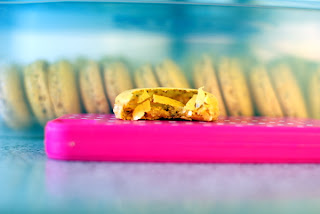 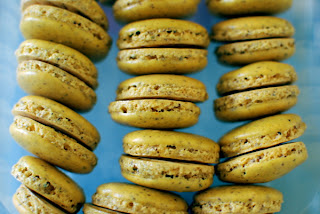 i zested another lemon and added it to my lemon curd/mascarpone cheese mixture, slathered some between two shells, and acted as my own guinea pig. 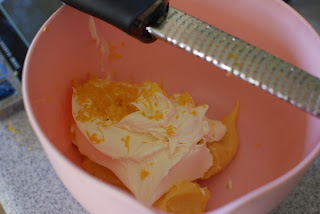 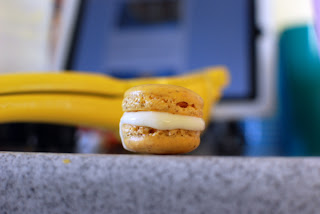 they were so good, even the hub (mr. "i don't like those things") liked them.  i was making them to serve for dessert when my folks came over, and the entire batch was gone by the next day. 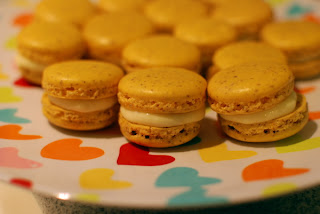 but then i remembered that my mom had done some macarons with orange zest in them and mentioned that my stepdad wasn't a huge fan - he preferred chocolate.  so i decided to whip up some whoopie pies, too. 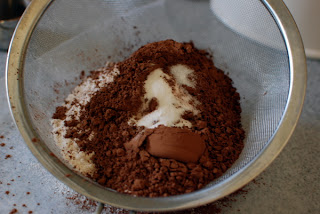 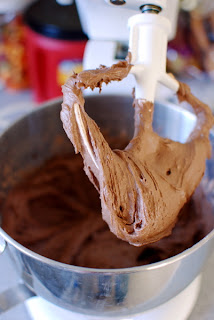 they looked a little nipply when i piped them out onto my pan.  heh. 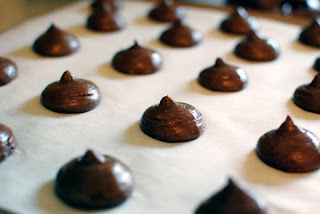 i made them in a couple of sizes - regular and mini.  i thought the bean might like a treat made in a size just for her. 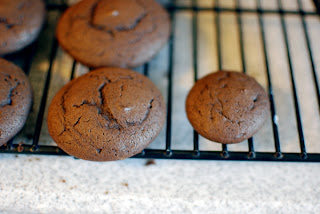 i decided to try making the classic marshmallow filling for them, even though the recipe calls for an ungodly amount of shortening.  i don't love that stuff, but the book said it was necessary to achieve just the right texture. 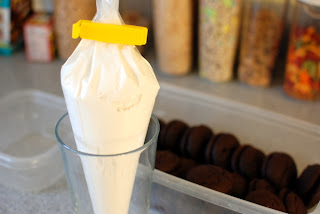 and look at how pretty it looked when i filled the first few pies: 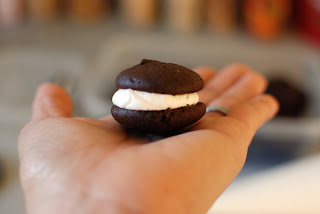 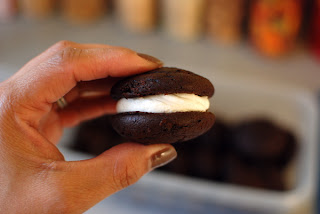 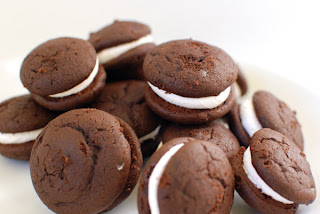 i didn't love the filling (i could taste the shortening, and it just didn't seem sweet enough to me.  the teen concurred), but i'm happy to say that both desserts were quite the hit at dinner.  i'm actually considering adding whoopie pies to my cookie offerings.  imagine the possibilities:  chocolate with salted caramel.  lemon with cream cheese filling.  lavender with vanilla buttercream.

mmmmmm.  ooh!  and i'm gonna do a cookie giveaway soon - i need to give packing and shipping a trial run, and what better way than to test it out on one of you?

Email ThisBlogThis!Share to TwitterShare to FacebookShare to Pinterest
Labels: macarons are good, whoop for whoopie pies