my teen, the athlete

the teen is not a huge fan of sports - neither playing nor watching.  well, okay, she's better at following football than i am.  but she managed to inherit my klutziness, which doesn't bode well for her athleticism.  poor thing.

however, her buddy rock-ell somehow managed to persuade her into signing up for the city's co-ed volleyball program.  i was pretty excited when she said she wanted to play, since we're always on her ass to get involved in something.  $140 sign-up fee?  sure.  $60 in black volleyball shorty-shorts and knee pads?  no problem.  let's do this.

she had her first practice last week, and then the first game was on saturday.  since i'd taken the bean to gymnastics earlier that morning, we met up with her and the hub at the local community college.  as always, she was texting furiously on her phone when we saw her. 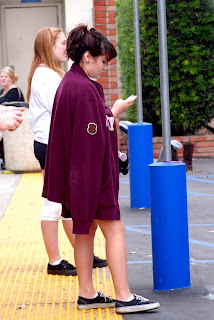 we found seats right above center court, where her team was scheduled to play.  and tell me this - why do some folks find it necessary to bring their freaking dogs EVERYWHERE they go?  stupid. 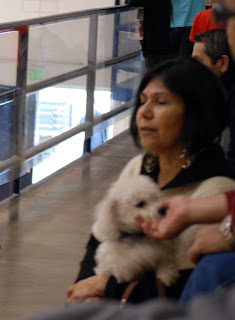 we cheered as the girls came inside and ran a couple of laps around the court to warm up. 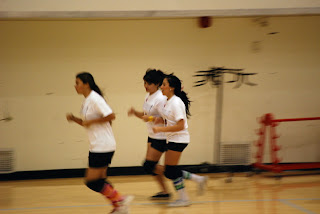 and then we watched them, uh, adjust stuff and get settled. 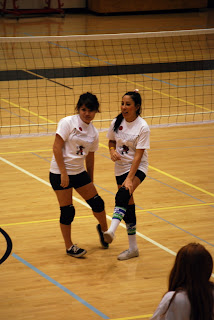 a little pep talk from the coach, and then it was game time! 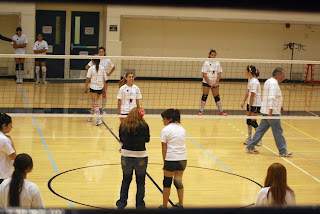 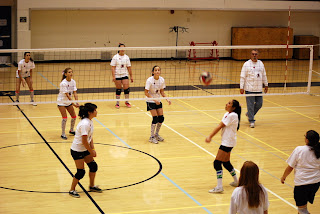 they found me easily in the stands, with my zoom lens trained right on 'em. 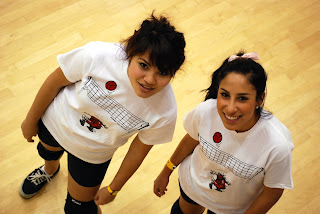 the bean was super excited to see her sister play and kept her little face glued to the glass. 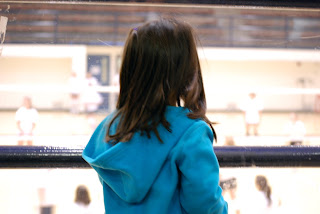 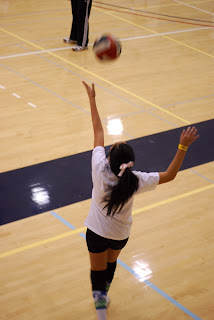 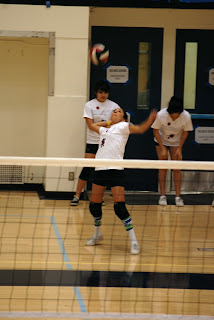 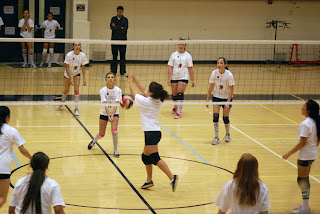 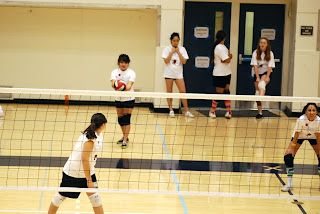 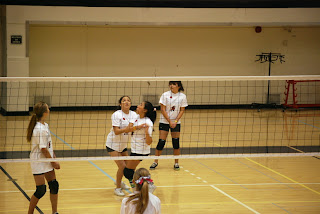 she's gonna kill me for some of these shots. 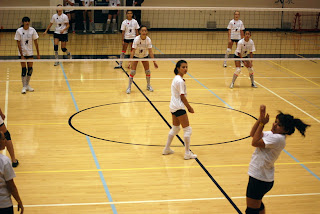 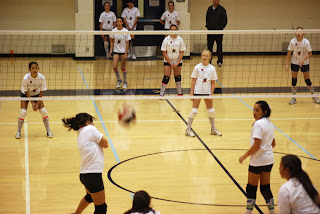 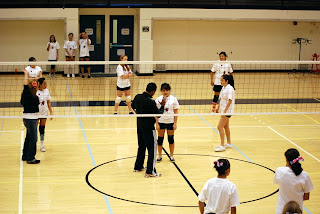 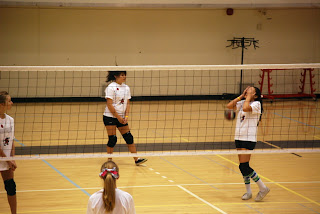 and then it was over.  they won the first game, lost the second, and when the buzzer went off halfway through the third they were ahead - WIN! 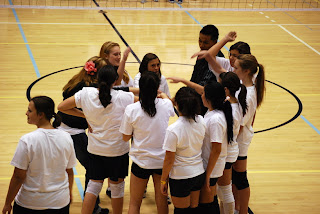 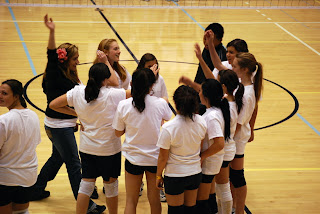 it's going to be a super fun seven weeks - i'm kind of digging the fact that we have saturday sports activities to attend for both girls now.  but don't call me a soccer mom.  yet.
at January 12, 2011

Email ThisBlogThis!Share to TwitterShare to FacebookShare to Pinterest
Labels: volleyball is fun