cooking and baking and sewing, oh my!

so i've been trying really hard to make good on that "cook more" goal i listed for 2011.  and i got off to a good start - with giada's brown butter risotto with lobster.  it was a really easy recipe, and it turned out really good (if i do say so myself).  the biggest hiccup was that i didn't have any brandy to use, but google told me that i could sub in some bourbon instead.  i was a little skeptical as the smell of the liquor didn't seem to dissipate as quickly as i thought it would, but in the end, it was all good.  i even threw in some shrimp and asparagus to pump it up a bit. 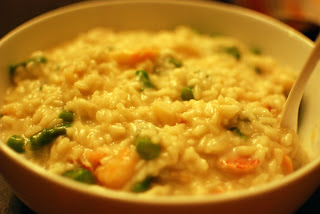 mom, if you're reading this - it's what's for dinner.  saturday night's dinner.  oh, yeah.

then i got the bug up my butt to make some cookies, just for fun.  and chocolate crinkles seemed like a good idea.  the bean was excited to help - she poured stuff in and held the mixer and rolled dough in powdered sugar.  well, okay, that's my hand.  but it was hard trying to take a picture of her in action and keep things from spilling and stuff. 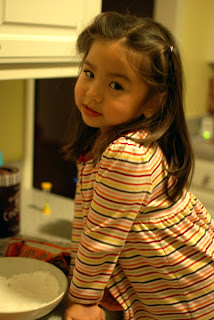 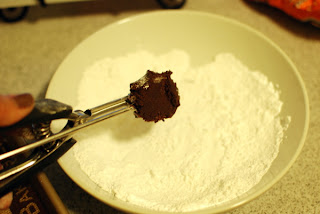 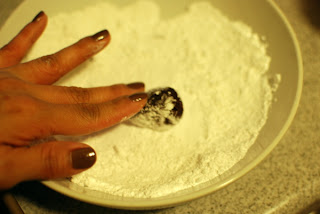 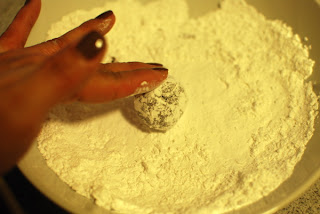 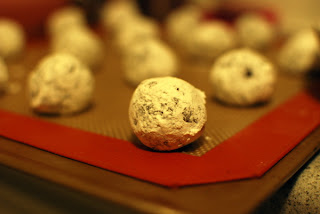 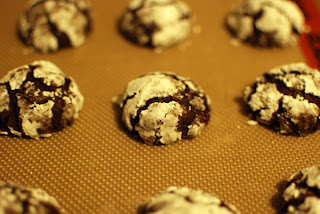 they're SO good.  yummy.

and then i finally got to work on finishing up a couple of baby gifts for two of the hub's co-workers' little bundles of joy.  so many girls being born!  at least they're easy to make gifts for.

i used an easy tutorial to create a blanket that i'd bought the stuff for ages ago.  it was good to finally get it done, and it's almost laughable how easy it is to complete.  the longest process is pinning the two pieces of material together, but it's definitely a requirement.  the stuff would've slid all over the place with fewer pins in place. 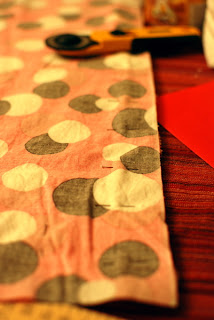 and, voila!  i'm throwing in a long-sleeved shirt, a pair of socks and a copy of goodnight, moon and calling it a day. 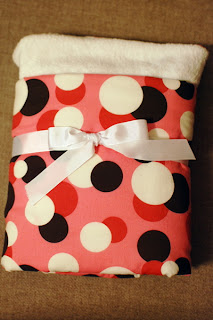 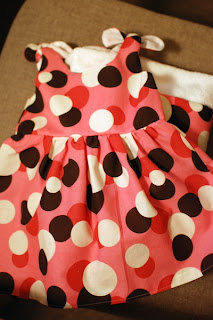 here's the second set.  i used a different kind of soft material for the blanket part (called "minky." what a dumb name), and it's a lot less...hefty, but it's oh-so-soft. 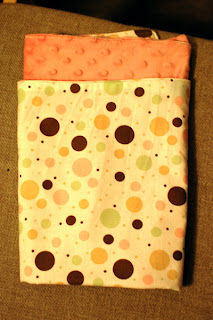 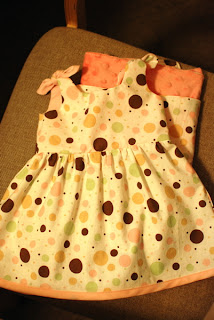 um, and that their kids haven't outgrown the damn dresses before we manage to get them into their hands.  ack!
at January 13, 2011

Email ThisBlogThis!Share to TwitterShare to FacebookShare to Pinterest
Labels: adventures in cooking, caught the sewing bug