the teen's buddy rock-ell turned 16 last week, just a couple of days before new year's.  and so we'd decided to combine the NYE party we were throwing for some of their friends with a surprise birthday bash for her.  i did invitations for the teen to hand out to friends, and ended up with a nice, manageable number of girls in attendance - six including the teen.

i didn't go nuts with the planning as i usually do, but i still think we managed to put together a nice little shindig.  the first thing i tackled was a special request from the birthday girl herself - a batch of that yummy bacon bourbon popcorn we'd enjoyed at the bean's bash. 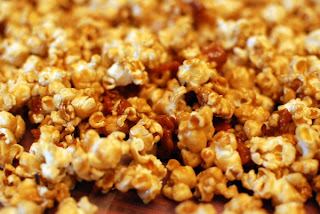 except that i was totally being a cheap ass and didn't want to spring for a bottle of bourbon - so i subbed in a few ounces of jack daniels instead.  it worked just fine, although i still caught a whiff of it when it was all done.  whatever - that only made it even more attractive to the girls as they indulged in what little bit o'liquor they could get that evening.  heh.

i also did some sugar cookies, this time rolling out tinted fondant and cutting out shapes to cover the cookies.  so much easier than flooding with icing, and just as tasty.  cute, yes? 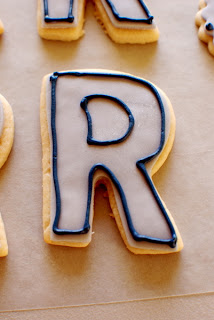 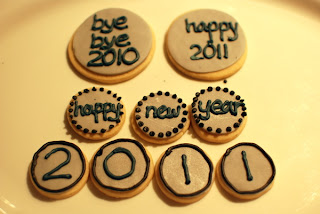 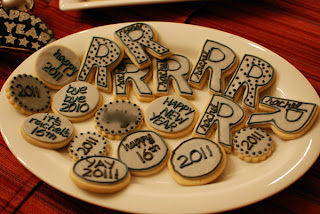 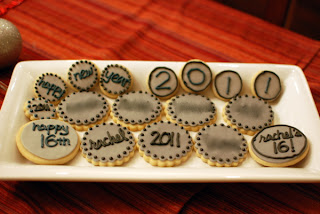 because i was on a roll, i threw in some red velvet cake balls that i dipped in white candy melts dyed blue.  and to keep the theme going, i sprinkled a little edible silver glitter on top. 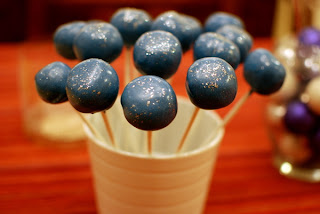 i'd also done a batch of homemade marshmallows and turned them into s'mores pops. 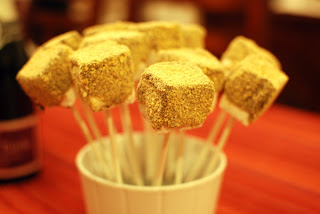 we'd gone to the party store and hit up target's dollar spot section a couple of weeks beforehand, so i threw together a quickie label and stuck them onto blue goody bags for the girls.  inside were "happy new year" tiaras (plus a "happy birthday" one for rock-ell) and beads, silver plastic champagne flutes, noisemakers, confetti poppers, lip smackers, and ring pops.  so fun! 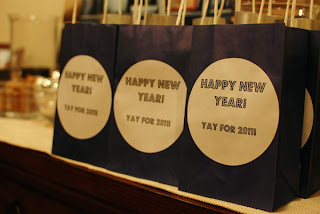 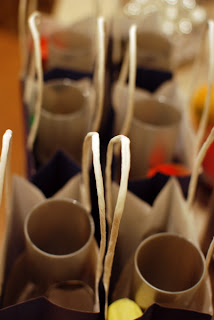 with some creativity on the hub's part, we got the table all set up and ready to party. 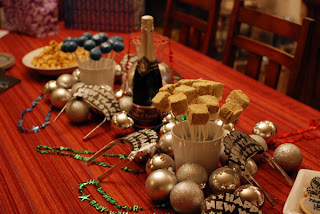 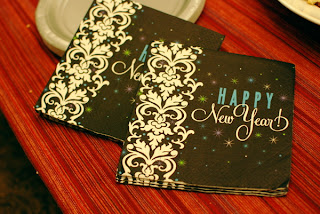 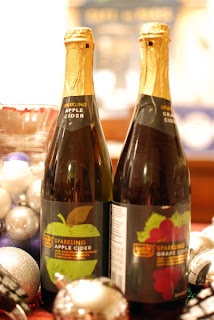 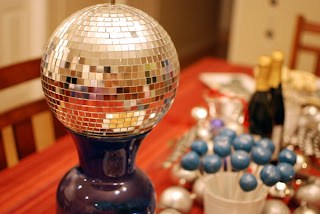 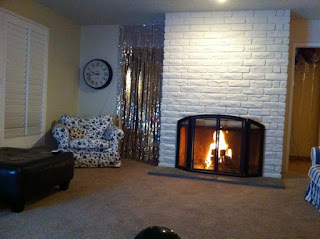 i'd even found a little time to put together some fun photobooth props, and i placed them on a little table with the feather boas i'd picked up.  all that felt, wooden dowels, and full-sheet printable labels i have laying around really came in handy.  heh. 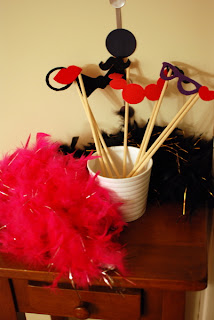 a couple of the girls showed up a little early, and rock-ell was scheduled to arrive with the rest of the gang.  and when she walked in and we shouted "surprise!" she seemed to be genuinely taken by surprise. it was fun to watch her reaction to the party set-up. 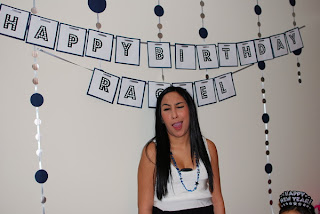 and i was excited to watch them clown around a little with the photobooth props (duh, of course i got in on it).  we set the camera on the tripod and busted out the remote, too. 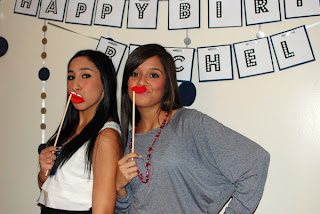 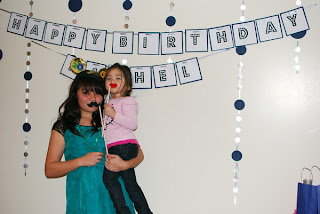 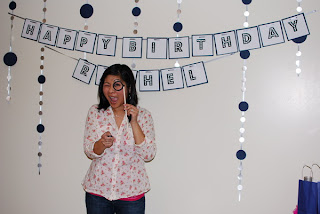 she opened presents - the teen was really excited to give her a pair of juicy couture earrings that she'd been coveting. 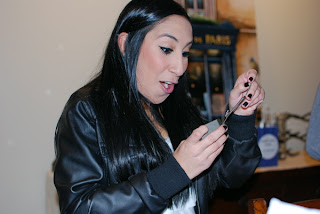 the hub and i got to work on the mini burger bar.  and i gotta say, those little sliders were damn tasty. 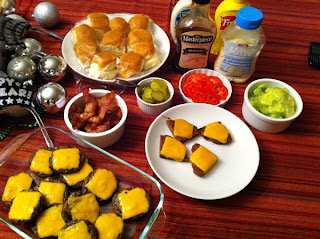 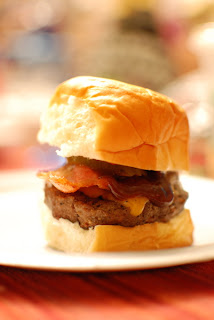 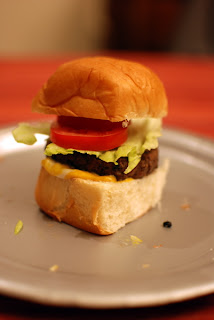 but we had something even more delicious for our own dinner, eaten at the kitchen counter. 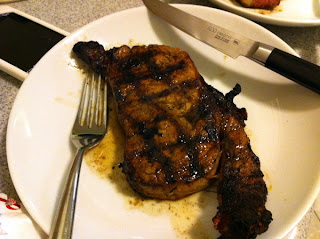 while the bean and i relaxed back in the bedroom (leaving them to have fun without parents hovering over them), the girls took some pictures of each other. 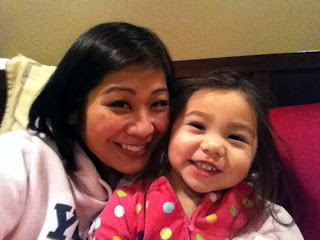 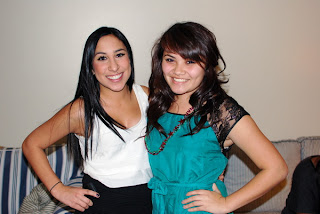 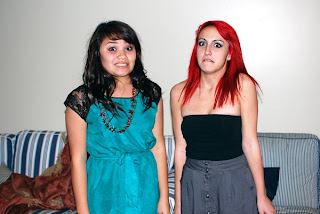 i think they all had a pretty good time, and i was happy to have them around and know that they were having fun and in a safe place for the night.  and they were really good - not super noisy or messy, and really respectful and appreciative of our efforts.  they're a good group of girls (but don't get me wrong - i'm fully aware that they're still teenaged girls), and they're always welcome in our house.

the next morning - easy clean-up! 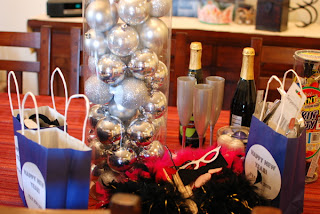