having achieved such great success with the macarons last week, i got the itch to make another batch.  plus, it helped that i came across a forgotten stash of frozen egg whites while looking for something to make for dinner.  ha!

anyway, i thought this time i'd make basic shells with no added flavoring, so i could use different kinds of fillings in them.  the teen is a huge fan of the salted caramel sauce that i'd made before, just slathered in there without being whipped up into a buttercream.  and there was still a tub of leftover lemon mascarpone filling in the fridge.  not to mention, i wanted to bring some macs to my junior league meeting.  the black-tie ball we're organizing has a pink and brown color scheme, so i added a bit of bright pink food dye into the mixture and decided to make bakerella's yummy-sounding chocolate ganache for them.  i am such a dork. 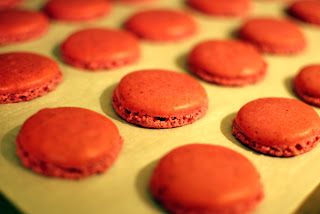 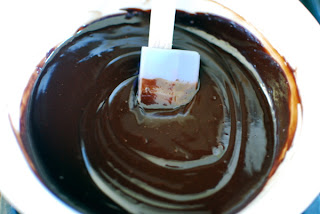 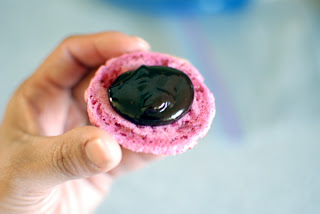 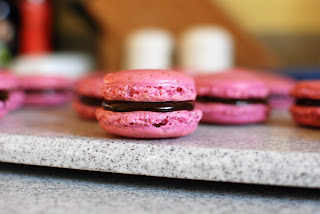 i kinda overfilled this one.  she looks like she's sticking her tongue out at you, huh? 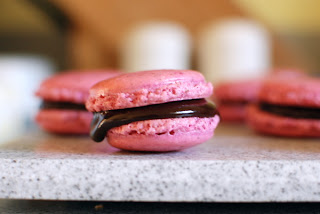 i ended up with a boatload of leftover ganache, and after spooning a bunch of it right into my mouth till i felt sick, i googled and learned that i could freeze it.  yay!  so i covered the surface with a bit of plastic wrap and popped it in the freezer to use the next time i feel the need for deep, dark, rich chocolate macarons.

oh, and for the teen: 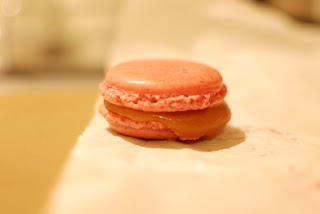 when i made the whoopie pies this weekend, i thought i'd test out the bake-ahead-and-freeze method.  so i popped a bunch of fully cooled cookies on the sheet into the freezer for an hour until they were solid, and then moved them into a ziploc bag.  a couple of us on committee had been tasked with figuring out a favor to give to a bunch of senior JLPers (yes, they're senior junior leaguers, heh) at a tea to entice them into buying tickets for the ball, and i thought these would be a nice little treat to hand out.  so, of course - brown (chocolate) shells, with a marshmallow filling that i dyed pink. 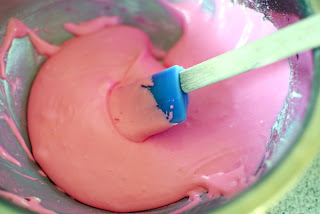 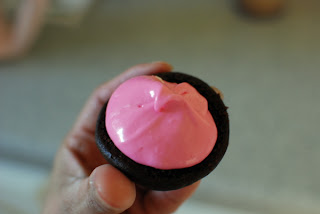 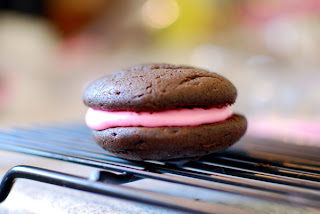 apparently, i have a problem with overfilling.  sheesh. 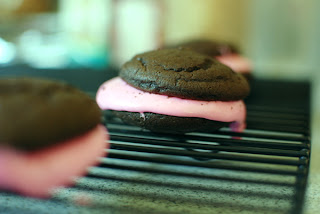 i wrapped them up into cellophane bags and closed them with a pink circle sticker.  totally cute, and went over really well at the meeting (as did those macs).  yay for me!

and THEN, a couple of nights ago i'd gotten the wild hair up my ass to try out the ice cream maker that santa had brought me.  i found a recipe for salted caramel ice cream that sounded easy enough, and got started on the "dry" caramel.  which, by the way, is a complete and utter pain in the ass.  you take a cup of sugar and cook that shit in a skillet without stirring once it starts to melt.  it took freaking forever. 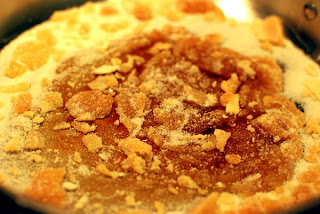 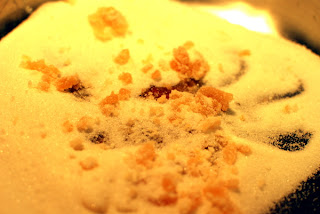 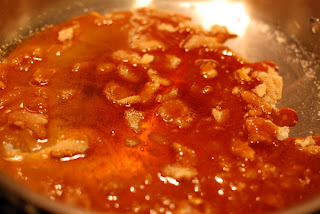 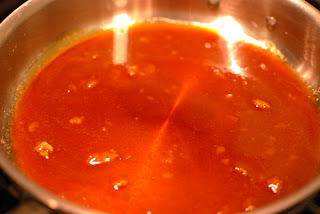 and then i added the cream to it and found that most of it had gotten stuck to the damn pan. 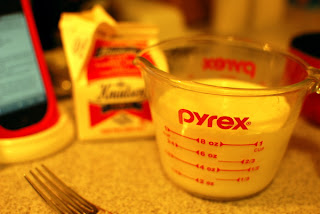 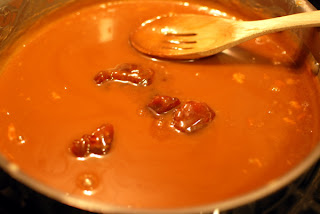 but i pressed on.  i stirred and stirred, waiting for it to melt again, and most of it did.  i still had a couple of little lumps of caramelized sugar in the pan by the time i stopped, but the sauce was the right consistency and tasted fabulous.  thank goodness it didn't burn, because i sure didn't want to have to do it again.  and it was even more fantastic with half a teaspoon of this: 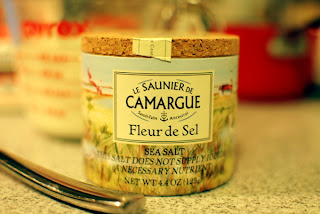 that shit is pricey, yo.  see that little container?  it's got a measly 4 ounces of precious fleur de sel in it, and i paid NINE DOLLARS for it.  yeah.  effing france, man.  it's salt!

i mixed up the rest of the custard base for the ice cream, poured it through a mesh sieve, stirred in the cooled caramel sauce, and put the whole bowl in the fridge. 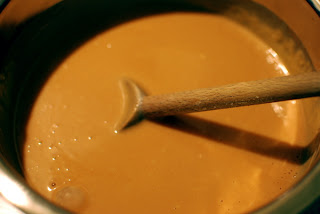 it had to chill for at least 3 hours, but by that time i was zonked.  the recipe said it had to be "very cold," so i figured leaving it overnight wouldn't hurt it.  the next day, when i got home from work, i busted her out: 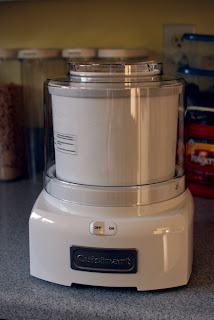 poured the mixture into the frozen bowl, and flipped the switch. 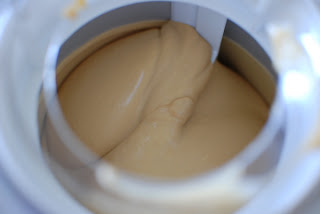 about 20 minutes later, this creamy goodness was ready. 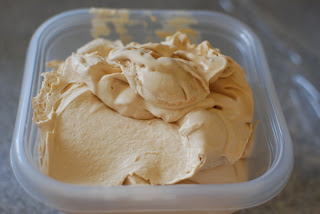 beautiful, ain't it?  and now i have a new appreciation for those artisan small-batch creameries that are popping up everywhere.  it's a lot of freaking work to turn out a quart of ice cream!