kicking off 2011 with the OC girls

the first GTG of 2011 was with a super fun group of girls - my OC nesties.  i'd gotten an evite for their annual holiday gathering and was stoked to play in their white elephant gift exchange.

of course, i ran totally late and didn't have time to put together the gift i wanted to bring, so i'll just have to save it for next year.  instead, i grabbed a box of godiva chocolates that the hub had received from someone at work and wrapped it up.  heh.  so a total regift, but at least it was a good one, right?

when i got to simplyjoyness' house, most of the group was already there.  d-oh!  but it was great to see some of the girls i talk to on practically a daily basis (via twitter and facebook), but hadn't actually seen in quite a while. 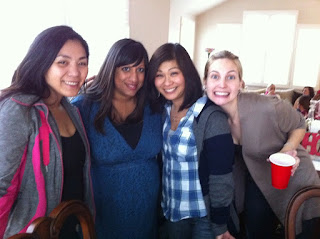 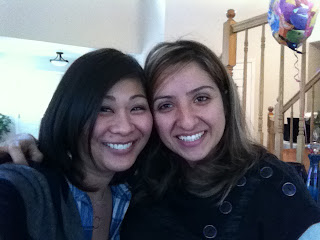 and her doggy was just so cute. 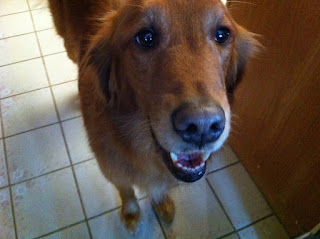 we did a whole lotta eating - i was so engrossed in my plate o'yum that i completely forgot to take pictures of the grub.  there was a lot of great stuff, though - breakfast casseroles, shrimp cocktail, taco dip, and more.  i'd brought a bag full of those s'mores pops i'd done for the teen's NYE party, and they went pretty quickly.

we chatted for a while and then it was time to get down to presents.  my number fell somewhere in the middle-ish - not too early, and not too late in the game. 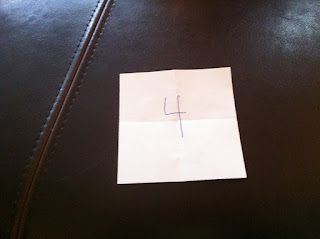 i managed to score a pretty good gift - i knew the teen would love it, too. 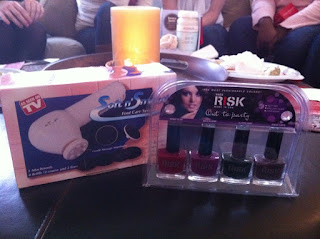 my friend 10yt had posted a picture on facebook of something i just thought was utterly, amazingly ridiculous - and totally her style.  she was totally squee-ing over it and super excited, and it was hilarious.  so when i saw a giant gift bag with something squishy inside of it, i knew she'd bought a second one to bring to the party.  with one of the last numbers, our hostess ended up unwrapping it: 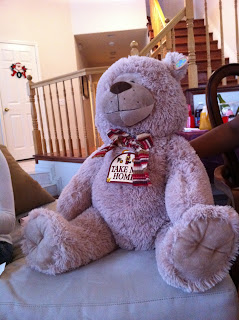 10yt couldn't resist picking him up for a cuddle, even though she has one of her own at home. 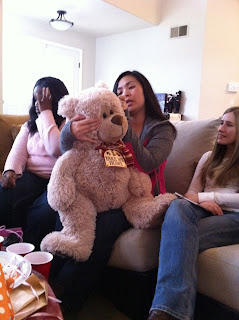 and claire snuck in a hug, too. 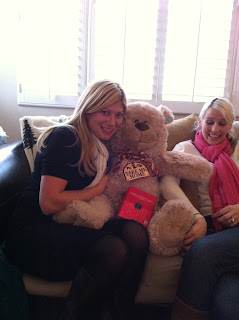 ashley was scarily excited over her prize. 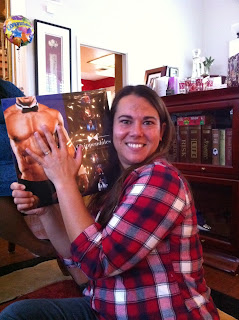 we all died with laughter when jess opened hers - at first, she was excited.  until she looked closely at it and realized that the set was for black hair.  muahahahahahaha.  not exactly a perfect match for her platinum blondeness. 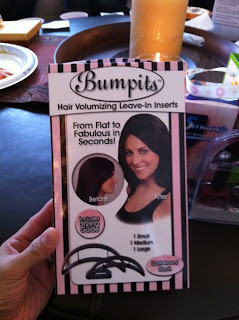 simplyjoyness got her hubby to come down for about 52 seconds and take a group pic of us.  i swear, i hate my crappy little point-and-shoot.  it never takes good pictures. 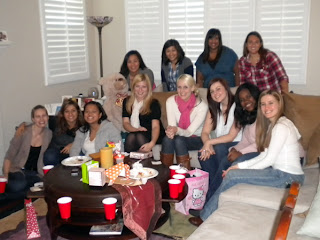