so you know i'm not much of a drinker.  sure, i did my share back in the day - i had this great fake ID that worked like a charm.  a friend of a friend had an aunt who worked at the DMV and had access to some of the official paper that they printed the temporary driver's licenses on, and...well, you get it.  i had a student ID from a local community college (a legit one!), and i was actually just a few months away from my 21st birthday anyway.  heh.

i was really only a social drinker anyway, mostly at parties and weddings and the occasional night out.  as i got older, the hangovers were killer, and it wasn't worth it anyway.  and i never got into the taste of beer or wine, so whenever you see a drink in my hand, it's usually soda or water.  besides, i'm a party all on my own without any alcoholic enhancement!

i was browsing through one pretty thing - it's a fun site that does a roundup of all sorts of posts across the blogosphere of crafty, creative things people do.  there are holiday-related items, jewelry making, free printables, foodie stuff.  i came across a link to a post for blow pop martini jello shots, and they looked so pretty that i was intrigued.  i had a junior league meeting where we were going to be sitting around stuffing roughly 800 invitations, and i thought those lushes might enjoy something to liven things up a little.  haha, sorry, JLPers.  you know it's true.

and then i learned that there's a bubble gum-flavored vodka.  whee!  sounded like fun.  i googled it and found a link to someone else who had made their own, simply chopping up pieces of bubble gum and soaking it in alcohol - one piece per shot.

i had to do it.  the very next day, i picked up a pack of bubble yum and a pack of half-pint mason jars (i'll use them for something else fun, i'm sure).  i knew we had a bottle of ketel one somewhere, and i chopped up enough pieces of pink, sugary goodness and tossed it into the jar.  for good measure, i added an extra piece of gum. 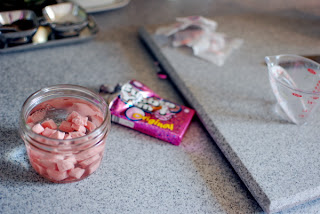 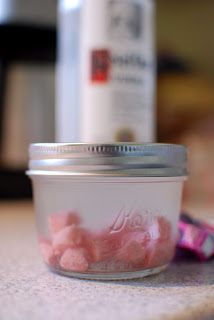 it looks cloudy because the vodka was ice-cold.  we keep it in the freezer so it's always nice and chilled.  you know, for all that unplanned drinking we do around here.  heh.

i found the "real" bubble vodka at bevmo while i was picking up the other ingredients for those jello shots.  it was $19 for the bottle, which is pretty typical anyway i thought, and on sale for $17.  i debated and inspected it and debated it some more, and then decided to skip it.  at least i knew where to find it if i really wanted it.

but then at the grocery store - a local neighborhood-type one, not even one of the big chains - i saw it again.  and here it was on sale for $15!  so i said "screw it" (i literally said it out loud and got a weird look from a shopper passing by) and stuck it in my cart. 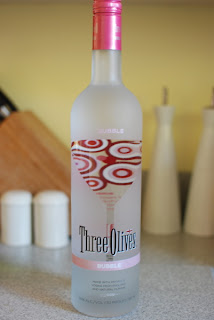 mixing up the concoction was pretty easy, and i got to use the cute heart-shaped silicone ice cube trays i picked up at the target dollar spot. 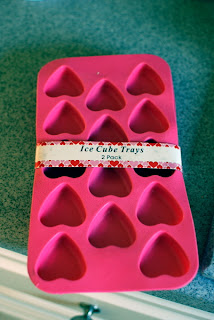 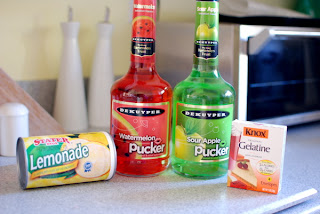 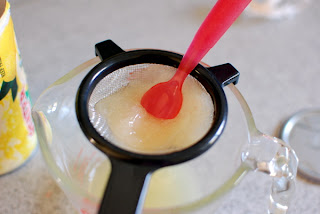 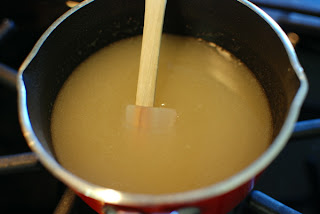 i didn't love the color after i split it in half and added the apple and watermelon puckers to it.  i used a few drops of red food color and got the pretty shade i was going for, but i don't have green.  so the apple ones ended up looking kind of clear-ish. 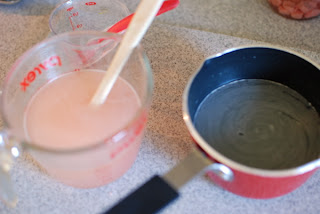 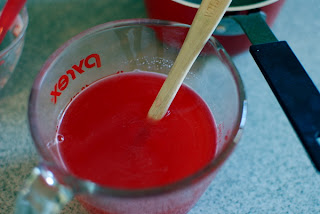 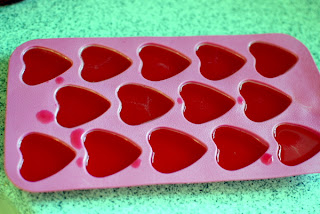 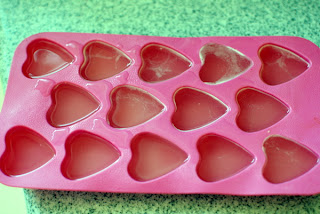 meanwhile, my homemade vodka was fermenting and taking on the color of the gum.  i'm guessing that when the pieces start floating to the top, that means the alcohol has sucked all the life out of 'em, don'tcha think? 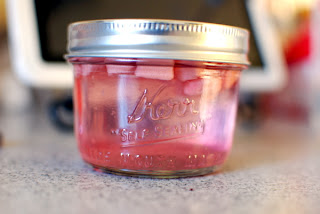 the next day, i flipped the shots out of the tray and put them into little candy cups for presentation.  i didn't have the time or patience to stick lollipop sticks in them, but i figured no one would care.  they were pretty and came out perfectly. 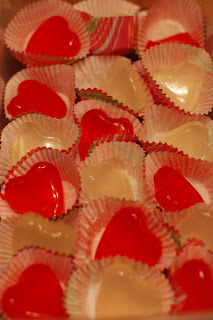 i tasted one and good god a'mighty, they are STRONG.  really took me back to the old days.  felt like i was 20 again.  haha!  but i knew the girls would love 'em.

when i got there, all of the innards for the invitations we were stuffing were ready to go. 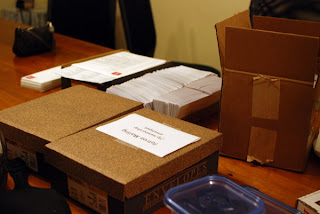 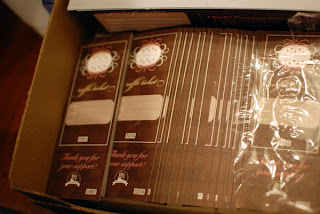 one of the girls got started right away, signing the cover letters for the packages we were sending.  i made her have a jello shot first, though, to cheer her ass up. 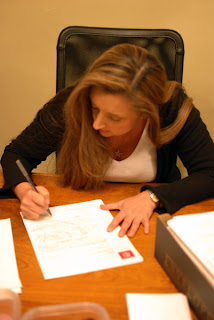 and there was pizza! 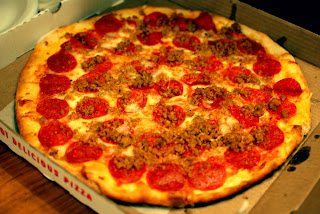 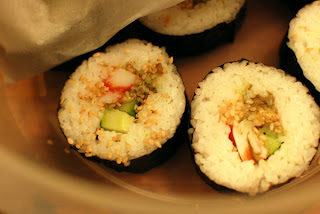 by the time i left, there were about three jello shots and two homemade oreos left.  success!

now, what to do with all that leftover pucker and bubble vodka.  not to mention, my own homemade stuff!  i hear it's fantastic when served with some lemonade or sprite.  anybody else have good ideas for what i can do with it - and not martinis, because i don't love being able to actually taste the alcohol.

Email ThisBlogThis!Share to TwitterShare to FacebookShare to Pinterest
Labels: so not an alcoholic