so, i still KIT with my cousin seven's ex-boyfriend.  sounds weird, i know, but they were together for a long time, he was practically family, and she doesn't really care.  they're still on good terms anyway, and for the most part our exchanges only take place over twitter and facebook.

anyway, a couple of weeks ago he'd forwarded me an e-mail from a casting company that was looking to fill the audience at the house of blues on sunset for a free concert...headlined by joe jonas.  yup.

i immediately responded, providing the information requested (plus a recent head shot.  HAHAHA) and listing the teen and rock-ell as my guests.  the e-mail asked for 18+, but the guests didn't have to be.  at least, that's how i read it.  i figured it was worth a shot, and decided not to breathe a word of it to the teen unless we were actually selected to attend.

well, you know where this is going.  i got the e-mail a day later, and after getting our bra fitting and checking out trashy lingerie, we joined the growing line here: 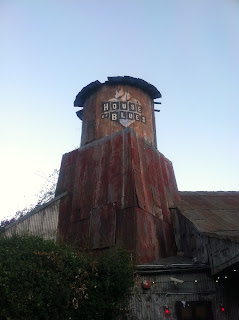 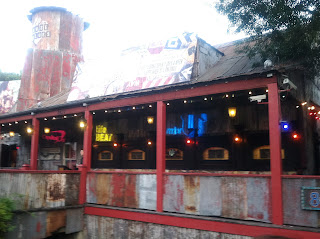 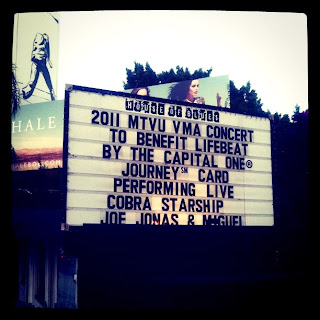 as we stood in line (which turned out to be the wrong one, we found out not too long after), members of cobra starship walked right by us.  of course, my phone was totally malfunctioning and i didn't get a shot until they were almost completely out of view. 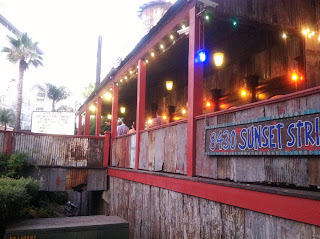 so i settled for a picture of us instead. 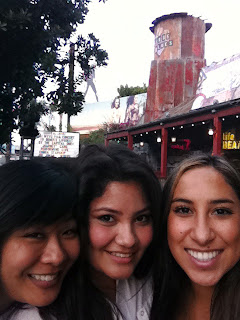 after we finally found the right line to stand in (which was blessedly shorter than the one we'd already waited in), the teen was doing the potty dance.  we tried to sweet-talk our way into the HOB, but got shut down since it was only open to VIPs.  so we trotted across the street to the uber hip mondrian hotel. 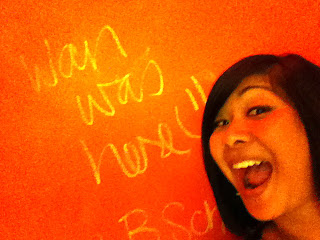 still hoping to get my buzz on (with the teen as my DD), i got myself an "over-21" wristband. 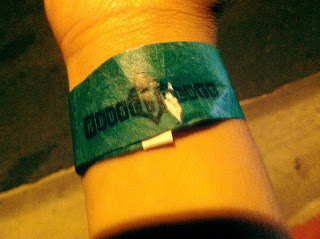 we were pretty sure that this limo-tinted SUV contained joe, since it looked just like the vehicle his brother showed up to his meet-and-greets (and was directed to a super-secret alternate entrance by the valets). 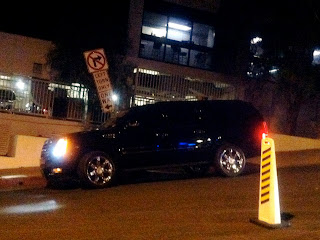 by this time, the line we were standing in had gotten so long, it stretched all the way down the street to the next block.  i was so glad that the teen had had the presence of mind to ensure that we were in the right place.  and after we checked in with the clipboard-wielding dude working his way down the line, we all had one of these in our hot little hands: 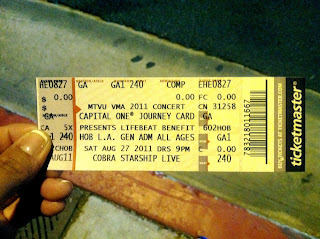 when they finally let us into the venue, we held hands (like the buddy system when you were in preschool, remember?) and skipped right in, where we found ourselves just two deep from the stage. 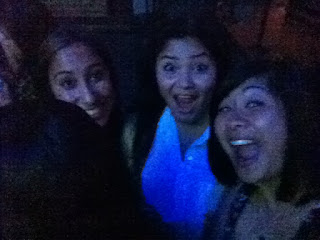 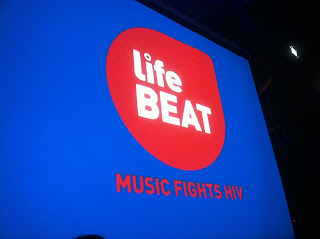 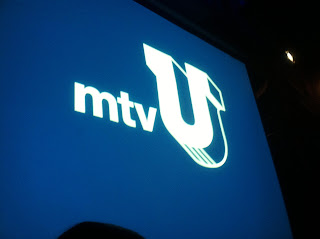 we were stoked.   seriously, this was the best spot we'd ever been in any concert (barring the imagination movers show, which deff doesn't count).  we were so close that when the opening act (a girl named melinda ortner, who'd won some contest online to be here) took the stage, we could see every detail from her accessories to her super cute nude platform shoes. 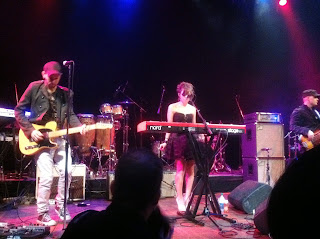 the next performer was some dude named miguel, who i'd never heard of.  shocker.  but the teen had, and was already a fan.  i just thought he was sweaty. 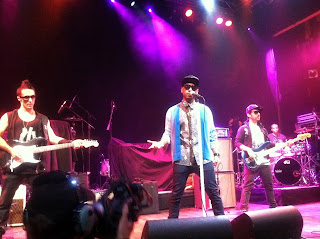 rock-ell and i continually busted each other peering over the shoulder of the girl standing in front of us, who was furiously texting back and forth with someone about her last date, her next date, and how she was going to get home from the concert. 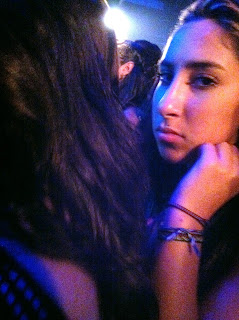 as we debated over who was going to be on next - joe, or cobra starship? - there was a lot o'screaming and fingers pointing up towards the balcony.  and when we looked up there, it took about half a second to see what was whipping the crowd up into such a frenzy:  nick jonas was in da hizzy. 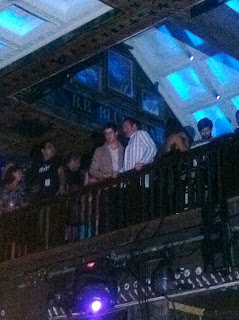 and then about a minute later, our other question was answered as the screen came up, the music started, and out popped the middle jonas brother. 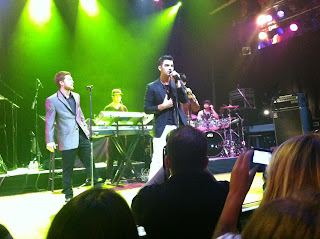 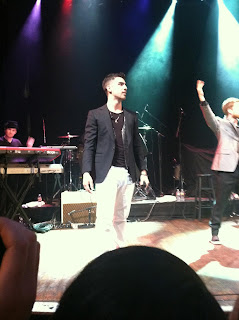 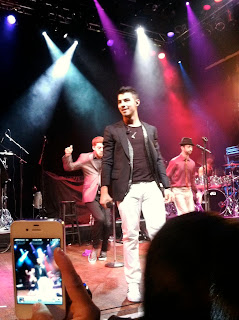 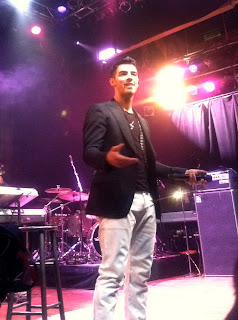 do you SEE how close we were?  it was fantastic.  and yes, i could probably be his mama, but i'm not gonna lie - boy is hot.

by the time his set was over, the teen and rock-ell were done.  although they liked cobra starship well enough (and even i knew a couple of their songs), it wasn't enough to keep them there after joe left the stage.  we'd been on our feet for over five hours, not to mention that the standing-room-only crowd was not our favorite place to be.  general admission sucks balls, and besides, the teen was thisclose to coming to blows with some chick that was practically resting her boobs on the teen's back.  not cool, and i didn't particularly relish the idea of having to 1) break up a fight, 2) possibly have to cut a bitch, and/or 3) end up in jail.

we were admonished by the staff as we exited the venue along with a ton of other joe fans: "come on, support the other artists! it's not all about the jonas brothers!" but weren't shamed enough to stay.  my feet were numb, and let's face it - i'm just too damn old for this stuff.

and we ended our night with our classic post-show meal - a stop at the in-n-out drive-thru.  yesssssss.