so although i've been putting out some really fun (some rather intricate) cookies over the last year-ish, sometimes it's nice to take it back to the old school and make some good old-fashioned snickerdoodles.  actually, i can't take credit for the idea - the teen texted me one morning, obviously having been hit with a major craving for some cinnamon sugary goodness.  and like the dutiful mom i am (not to mention, they did sound pretty darn good), i immediately went to the fridge and pulled out a stick of butter to soften.

the batter is simple - a basic cookie dough, chilled for about 15 minutes and then formed into balls and rolled into cinnamon sugar.  as you can see, i had a little help. 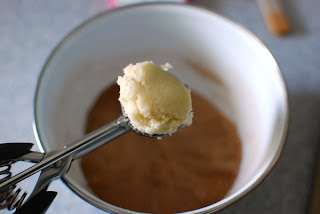 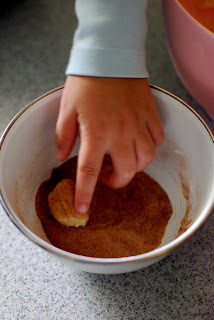 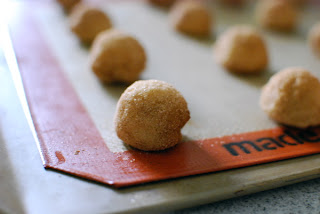 the fun part is pulling them out of the oven, all puffy and fragrant: 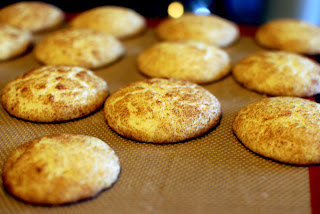 and then watching them deflate almost immediately: 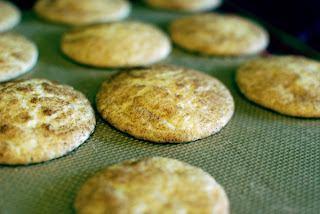 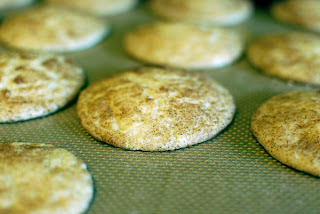 look, they're flat as pancakes! 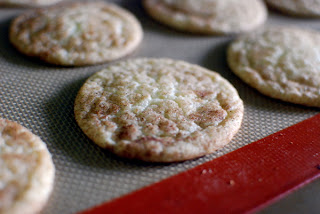 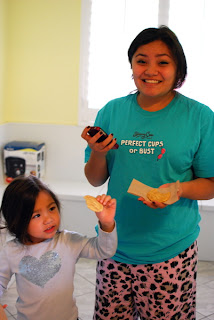 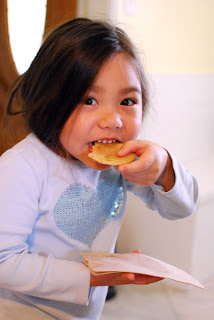 you know what else is good?  pillsbury cinnamon rolls.  i know homemade ones are far superior, but at 6am when i just want to send the teen to school with something warm and gooey, these fit the bill quite nicely. 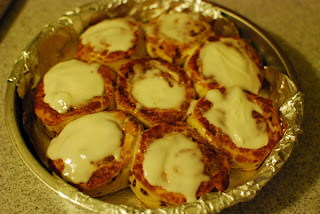