it's hard to believe that this was the teen's third round at "action" - her school's annual tradition that pits each class against each other in a series of fun events.  seniors are typically the winners, although the title has been wrested from their viselike grip a few times in the past.  unfortunately, this wasn't one of those years - but it was close.

and i'm gonna admit it - it was really nice this year because the teen was able to drive herself there, not having to rely on me or the hub for transportation.  she got ready with friends at someone else's house and when the hub got home, i slipped out to watch for a bit and take some pictures.  she and rock-ell were signed up for the 3-legged race, and i didn't want to miss it.

as usual, the gym was full to capacity with screaming high schoolers in team tees and lots of silly signs up on the walls.  i knew the teen was somewhere in that sea of yellow, but even after scanning the crowd several times over, i couldn't pick her out. 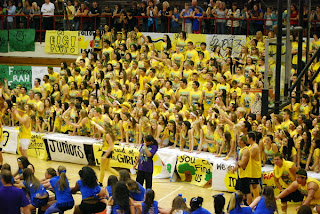 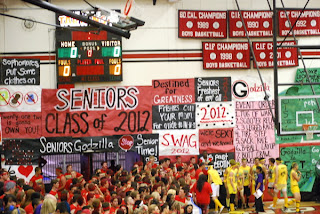 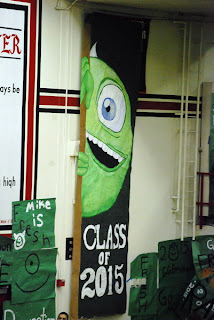 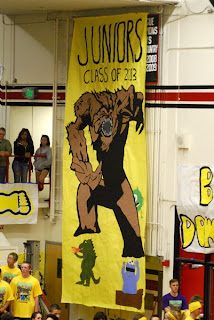 i wasn't sure if she'd be checking her phone at a time like this, but i texted her anyway.  and sure enough, just seconds later, i had my answer.  i'd put my zoom lens on the camera, so i swung it towards the far corner of the tables and there she was. 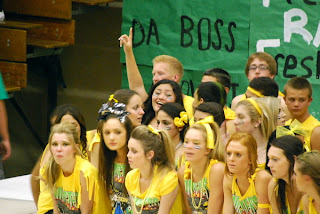 satisfied that i'd finally found her, i let my eyes focus a bit on what was going on.  and i snickered to myself over the getups these girls were wearing.  it's amazing what they can do with a simple t-shirt. 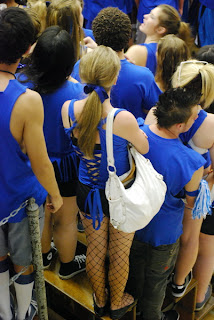 i found another spot in the bleachers with a better view of the girls, and being picture whores just like me, they zeroed in on me instantly. 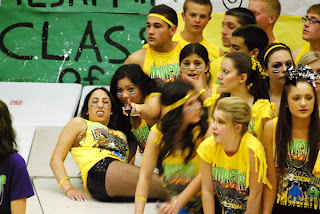 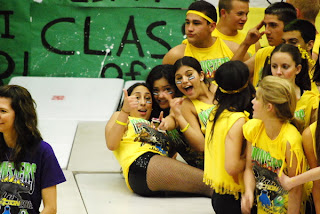 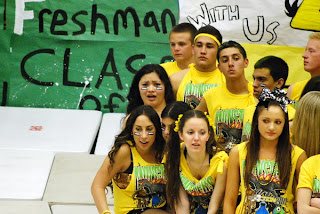 luckily, the teen's event was third on the list.  thank goodness.  the first year, we stayed the whole time and it took forever - like two hours.  ugh.  i cheered and snapped away as she and rock-ell took their places in line. 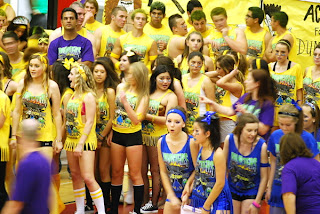 it's really fun to watch them get into the school spirit and root for their fellow classmates.  and then it was their turn: 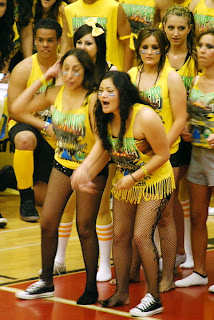 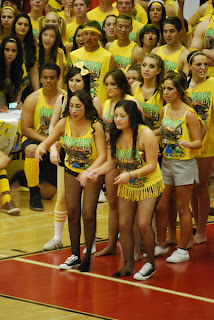 they kicked ass, of course. 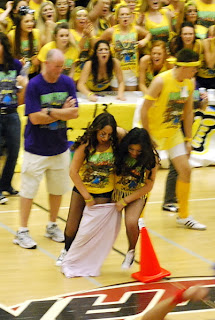 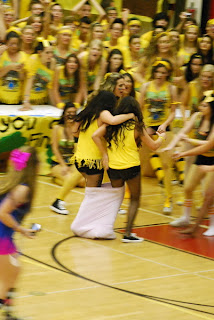 and the juniors won the event. 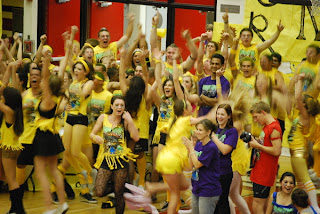 it was time for me to bounce on outta there.  i somehow managed to find them before i left, though. 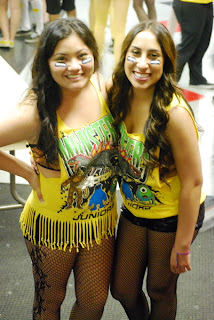 it was definitely a close race between the juniors and the seniors, but of course, the latter took it.  that's okay, girls - next year.  you know, when you ruuuuuule the schooooool!
at March 28, 2012

Email ThisBlogThis!Share to TwitterShare to FacebookShare to Pinterest
Labels: the teen is no hoochie