the teen and i are knee-deep in what i'm now calling "operation bathing suit 2012."  along with my runs and DVD workouts, i've been trying to add some variations to my exercise routine.  discovering all sorts of great exercise videos via netflix has helped, and i've been busy trying out different ones over the last few weeks.  except that this resulted in MAJOR soreness after revisiting level 1 of jillian michaels' "ripped in 30," which i'd been doing fairly well before.  that's a good thing, though, i guess.

anyway, after seeing a friend post on facebook about a local spin studio, i got a bug up my butt to try my first spinning class.  pedaling on a stationary bike with occasional spurts of standing up and stuff?  it couldn't be that bad, could it?

um, hell yes it can.

i managed to rope the teen into signing up with me to take a free introductory class at pedal spin studio in claremont.  after dropping the bean off at the grandparents' for some quality time, we fought rush hour traffic and got there right as the class was about to start.  bummer - we'd really hoped to get there a little early to have the instructor help us get the bikes adjusted properly, but we barely had time to figure it out ourselves before the fun began. 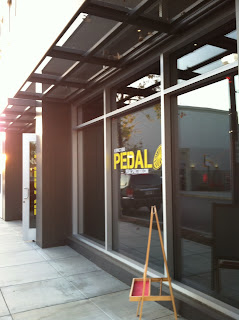 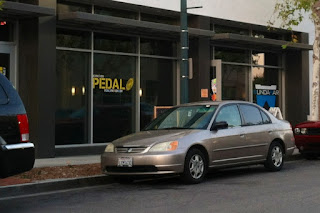 the teen's stepmom apparently loves doing this shit, so she was somewhat familiar with the whole process.  we had to split up, with lucky me getting stuck with a bike right in front of the class - and the instructor.  damn.  so much for sluffing my way through the tough parts.  but she was upbeat and perky and stuff, and with the clubbin' lights on and the music nice and loud, i tried to get into it and follow along as best as i could. 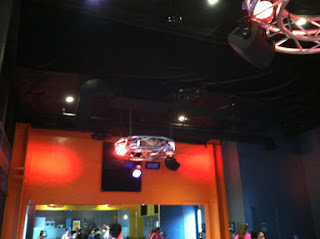 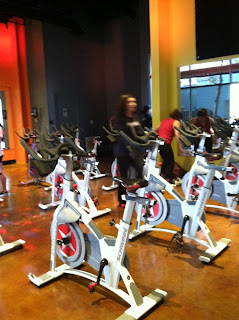 it was really effing rough, man.  she had us cranking up the resistance as high as it would go, standing up, pumping the pedals as hard and fast as possible, and holy mother of good god.  that seat (saddle?) was not the most comfy thing on earth, and i prayed that i wasn't breaking my lady bits all to pieces with this experiment.

i was drenched in sweat and out of water by the end of the hour.  and i was already sore.  damn.  ain't doing that shit again.  i'd rather do a long run - and i HATE those.

next door, we spotted our next adventure:  pilates on a fantastical-looking machine. 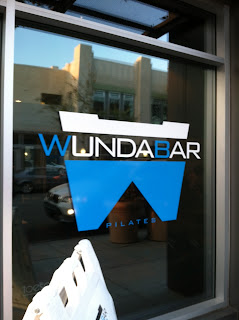 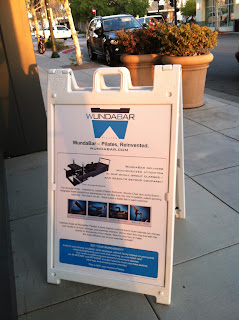 i've already got us signed up for our free trial class next week.  heh.

as we hobbled our way back through the parking lot to the car, i spotted something familiar on the ground.  and as i pointed it out to the teen, who snatched it up like it was a cookie during PMS time, she flipped out as she spied a second one out of the corner of her eye. 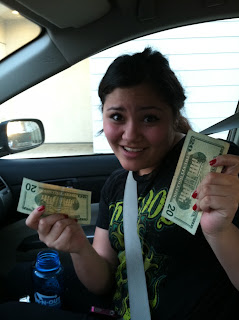 there wasn't a single soul around.  so, finders keepers, right?  i mean, what would YOU have done?  i'll show you what WE did: 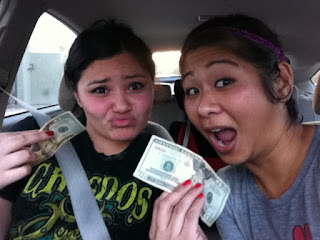 let's just say that dinner that night was particularly tasty.
at March 21, 2012