this is how i roll

i managed to think of another way to use my beloved biscoff spread.

well, actually, a quick search on google told me that my idea was definitely not a new one.  in fact, it's been done a few times over.  boo.  but whatever - this is MY creation, and so of course in my eyes it's the best version on the planet. so there.

during a trip to the mall last week with the teen, i found myself craving a cinnabon like whoa.  and because i'm not typically one to ignore when my body is crying out for some sweet, warm, gooey deliciousness, i bought one.  did you know they sell something called "center of the roll" now?  neither did i, and now i'm not sure if i'm glad i have this knowledge or not.

anyway, the next morning, i decided that i wanted to make some quickie cinnamon rolls - only these, as i'm sure you've already guessed, would feature some of that delicious spread in the middle.  i headed into the kitchen and pulled out the usual suspects: 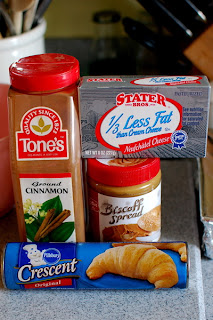 and yup, these are all things that i always have in the house.  heh.  no wonder the scale isn't budging regardless of my constant shredding/ripping/running/yoga/etc.  oh, well.

i mixed some of that cream cheese with a bit of the biscoff spread and added a sprinkle of cinnamon. 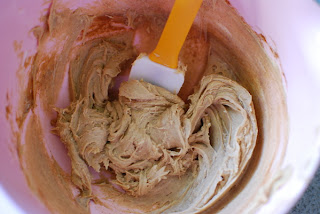 the crescent dough came out and got pinched and crimped into a nice sheet that would form the base for my rolls. 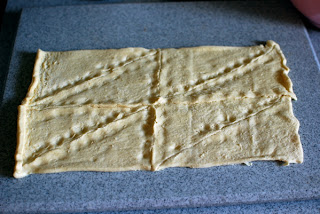 then i spread that biscoff mixture (which smelled fantastic, by the way) all over the top. 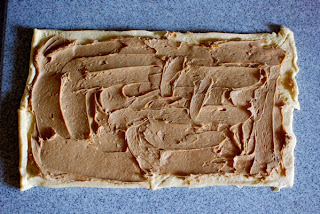 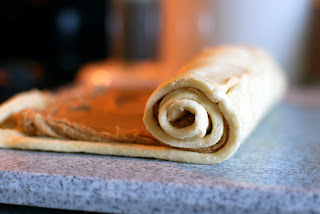 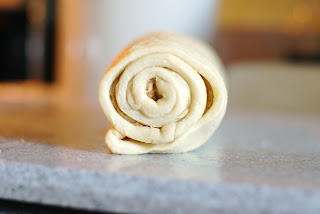 i swear i'm not getting paid to say this at all, but this stuff is magical.  parchment on one side, foil on the other.  it makes lining pans ridiculously easy, and then all i have to do is pull it right out and put the pan back in the cupboard.  i love anything that enables my laziness. 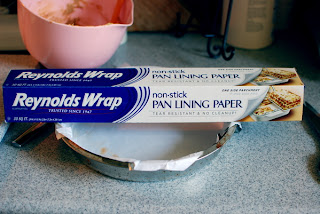 i used a serrated knife to cut the roll in half, then again and again until i had eight pieces. 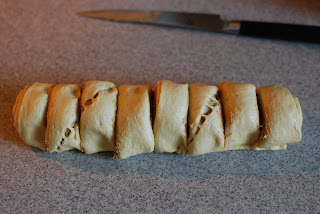 i laid them out into the pan, and then just for good measure, i sprinkled a little cinnamon sugar on top. 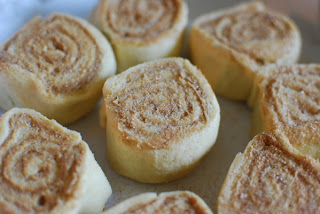 my laziness comes into play again here with the glaze i used on top.  i had this left over from a pizza and cinnamon breadsticks order a few weeks ago, and because i hate throwing this kind of stuff away, i saved myself a step. 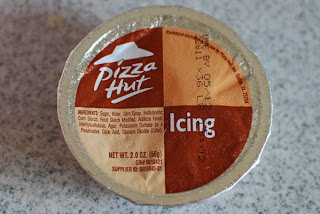 i scraped it out into the bowl that still had a little bit of the biscoff/cream cheese mixture, and stirred it all  up into a lovely little concoction.  when the rolls were done, i scraped it into a baggie, snipped off the corner, and drizzled it right on top. 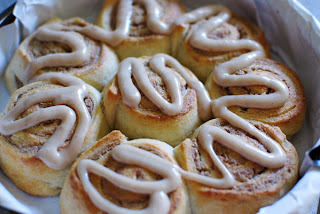 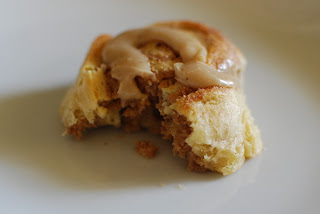 pretty tasty, yo.  want to make your own?  here's what i did:

4 oz. or half of a brick of cream cheese (i used the lower-fat neufchatel, thinking it would help)
about 1/4 cup biscoff spread
1/2 teaspoon ground cinnamon
a can of crescent roll dough
cinnamon sugar

preheat your oven to 350 degrees.  mix the first 3 ingredients together until combined.  spray your counter with a little nonstick spray (trust me on this) and unroll the dough, pinching all of the perforations shut.  spread the biscoff mixture all over the top.  starting at one of the short ends, roll it up.    slice it into 8 pieces and arrange into parchment-lined 9" round pan.  sprinkle tops with cinnamon sugar and bake for about 20 minutes or until the tops are golden.

if you want to make a glaze, you can use about 2 oz. of cream cheese mixed with about 1/2 cup of powdered sugar, and then whisk in about a tablespoon of biscoff spread.  if it's too thick, add a little milk until you like the consistency.  scrape it into a baggie, snip off the corner, and drizzle it on top of the rolls.