the bean's actual birthday was quite the fun-filled day for her.  the night before, the hub and the teen got to work blowing up a crapton of pink balloons that we put in the bean's room as she slept.  plus, the hub tore long strips of streamers to make a "curtain" for her door.  the next morning, i peeked in and saw this: 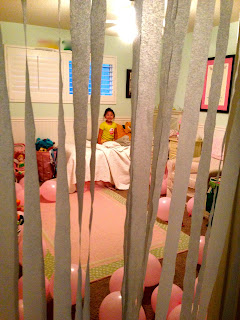 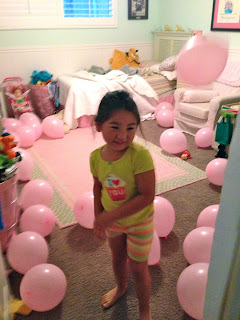 she was one happy birthday girl.  and then after she got dressed for school, she busied herself with tidying up her room and making her bed.  i gotta say, she did a damn good job at it - and when we heaped her with praise, she just beamed and said "i'm 5 now, it's my job."  indeed.  thumbs-up, my dear. 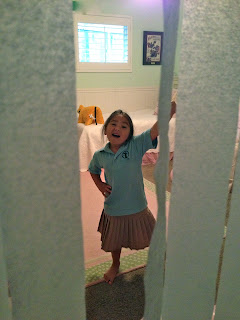 as she sat down for breakfast, she lit up at the sight of her first two presents. 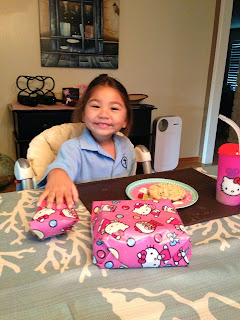 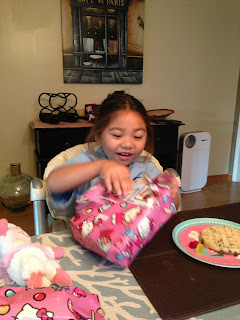 i'd already alerted her teacher that we were going to bring in pizza and drinks for the class.  i snuck into the room (no easy feat, considering i was juggling two whole pizzas, a box of cupcake cones, a pack of juice boxes and another of mini water bottles) and spied her working happily on a pattern puzzle with m&ms. 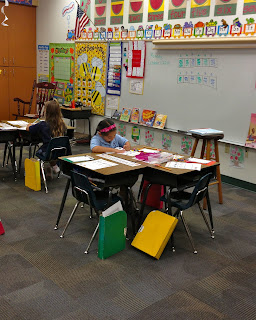 as i set the stuff down, her mommy radar finally alerted her to my presence. 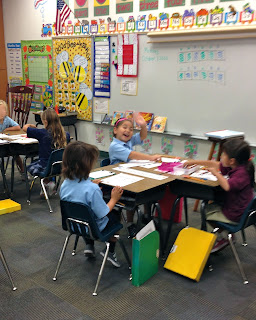 then it was time to sing her the birthday song and present her with a special custom-fitted crown and birthday certificate.  i swear, she was absolutely glowing with pride. 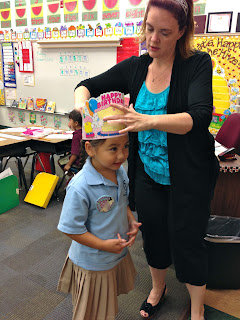 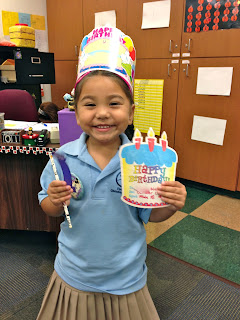 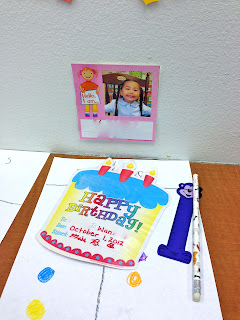 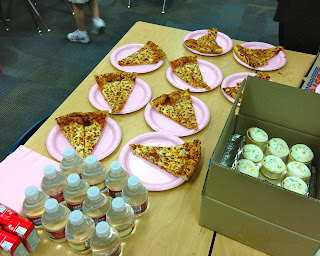 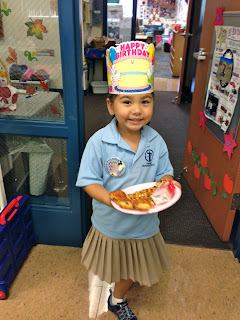 she invited me to join her and her friends at their table, and we sat and munched on pizza while all the kids from the other classes looked on with envy in their eyes.  i felt kind of bad, but hey - i couldn't exactly feed the whole school, right? 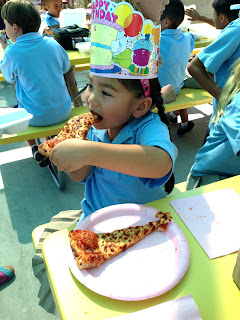 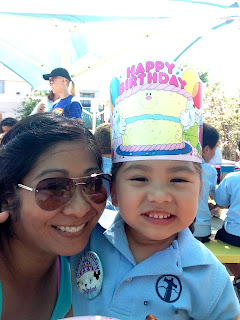 the pointed looks came in full force once they got a gander at those ice cream cone cupcakes.  i made sure to sit next to the kids to make sure nobody got shanked for one. 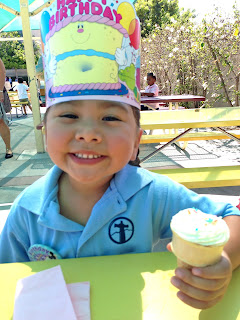 okay, okay - they're not that kind of kids.  they were all really well-behaved and mostly shouted "happy birthdaaaaaayyyyy!" our way.

that afternoon she had cheer practice, which she's been really excited about.  this was only her second practice, but i daresay she's doing a damn fine job of keeping up with the other (mostly older) kids.  and it was sweet to watch the older ones take her under their wing and make sure she was catching on.  afterwards, we got to try on a uniform and take it home.  how cute is this?? 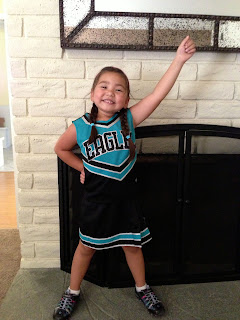 the birthday girl chose dinner from corner bakery (i know, i know - but that's what she wanted), which the hub picked up so i could give her a shower and get ready for cake and presents.  after we'd devoured our meal, we made her close her eyes while we pulled out the pile of gifts we'd wrapped just that afternoon.  yes, i'm a procrastinator.  we all know it. 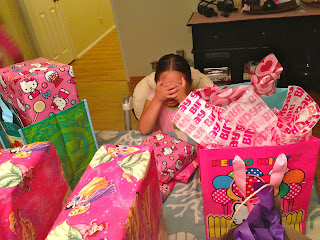 "surprise!" we all shouted.  and she sure was. 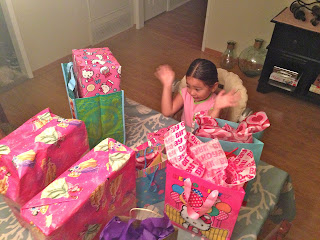 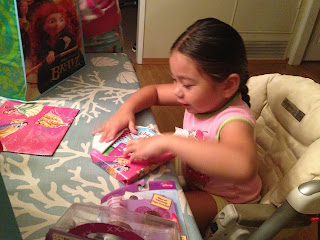 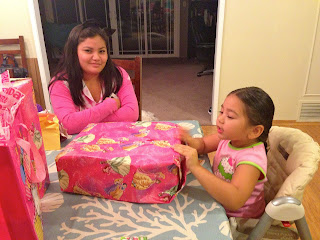 it was a fabulous mishmash of toys ranging from lalaloopsy (don't ask) to characters from brave to alvin & the chipmunks to ariel, the little mermaid and disney junior's doc mcstuffins.  she loves 'em all.  and then the lights went down while the hub emerged from the kitchen with the lit cake. 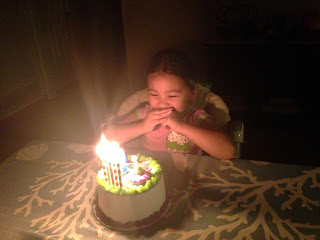 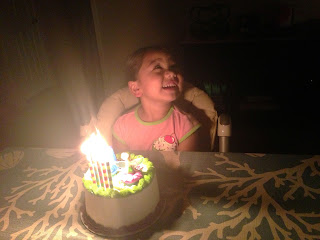 another quick rendition of off-key "happy birthday" warbling, and then she got down to business. 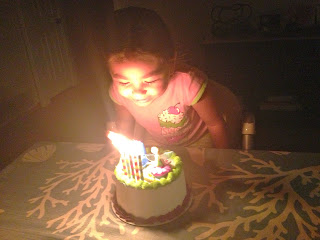 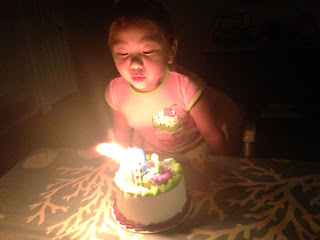 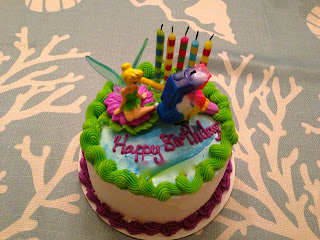 despite the giant pile of awesome presents, it wasn't hard to figure out which ones were a clear favorite. 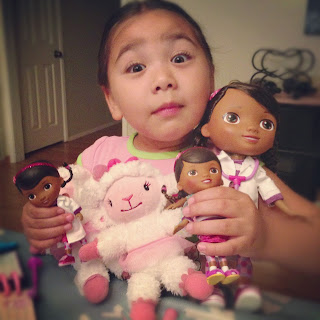