with our family photo shoot coming up this weekend, i decided it was high time to finally plunk my ass back in the stylist's chair and get at least a trim.  and while i was at it, i sweet-talked the bean into getting one too.   for both of us, it's been right around a year since the last time shears touched our locks. but she's been reluctant to get her hair cut, telling me "but i want to be like rapunzel, mommy!" whenever i brought it up.

and then it turned out that all it took was her sister telling her "but rapunzel gets her hair trimmed."  she looked at me, i nodded in assent, and that was that.  not wanting to waste time/give her time to change her mind, i booked her an appointment at the local kids' salon for the very next day. 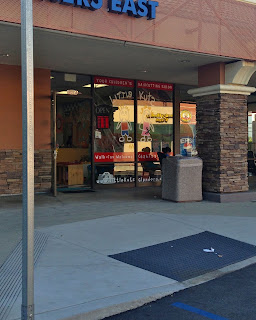 this is the same salon that we've taken her to several times before, but they relocated into a new space that's more convenient for us than before.  that's not saying a whole lot, considering their last location was mere minutes away too.  and the new shop is just as cute as the old one was. 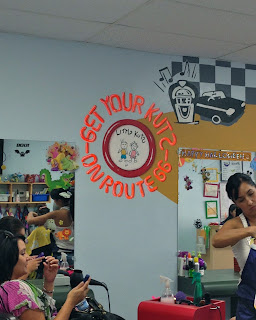 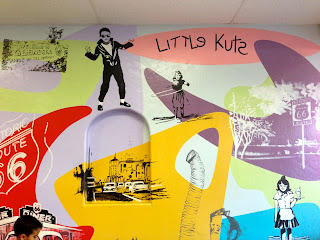 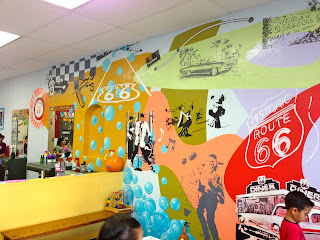 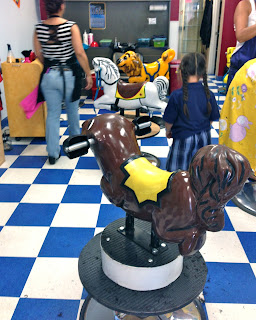 i guess i should've snapped a better "before" shot, but this is all i got.  with it up in braids, you can't really tell how long it had gotten - but trust.  it was damn near down to her little tush. 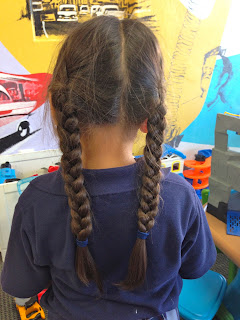 "cars" was playing on the screen in front of her, so she was a happy camper. 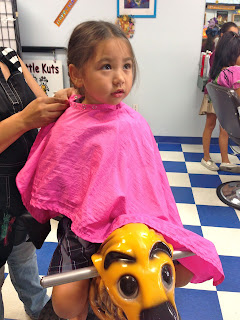 after conferring with me, the stylist gathered her hair in one hand and *snip* there went a good three inches. 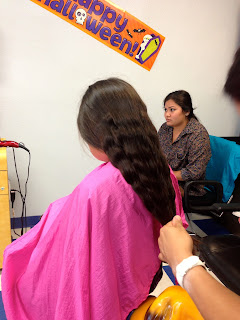 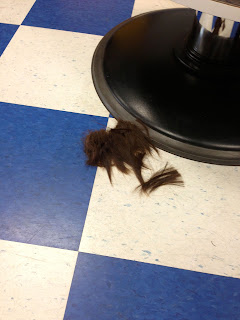 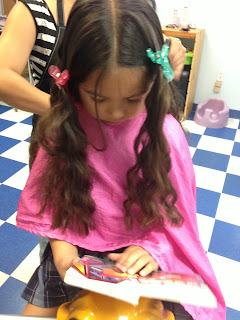 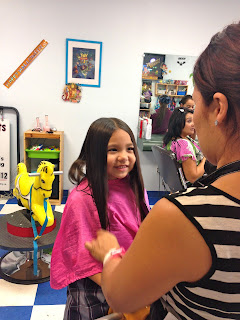 rather than leave it all down, the stylist sprayed the sides of her hair a bit, did a little combing and twisting, and now i think i know how i'm going to do her hair for the photo shoot. 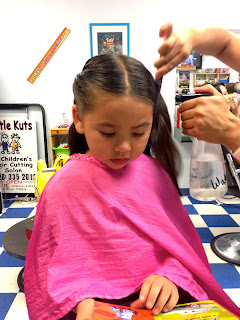 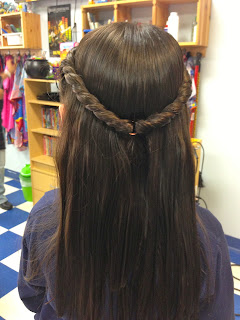 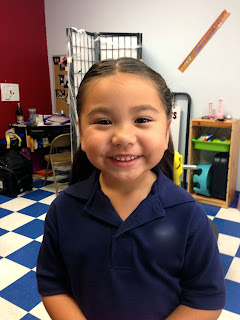 trimming off those dry ends (which i didn't even realize she had.  it's not like we blow-dry it or curl it or anything) was a fantastic idea.  her hair looks so much healthier and shinier now.  and although 3" sounds like a lot, it's really not.  it's still super long and definitely enough to still do her beloved braids.

i hope i'm as happy with my own haircut.  although since i'm not doing anything crazy, i'm sure it'll be all good.

Email ThisBlogThis!Share to TwitterShare to FacebookShare to Pinterest
Labels: the bean gets an updated 'do