not so fun in the sun

because i am a glutton for punishment, i'd RSVP'd for a fun, free "candy run" sponsored by the nike running store at the grove for the very next day after the awesome 80s 10K.  like the last run with the nike store, i roped the teen into coming along.  and because she loves the grove, we took the bean too.

when we checked in, we got two tickets and a map of the course.  it was the very same route as the last time, so we knew what to expect. 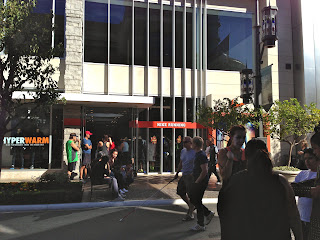 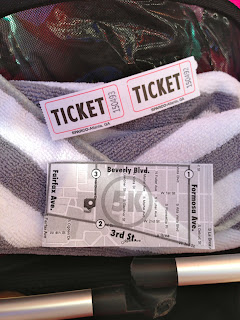 everyone was encouraged to wear a costume, so it gave the bean a great excuse to bust hers out. 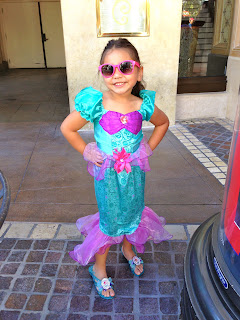 as for me, i borrowed her hello kitty headband that she'd gotten from lilcee and mini cee for her birthday, threw on a white tank top, and my red team sparkle skirt. 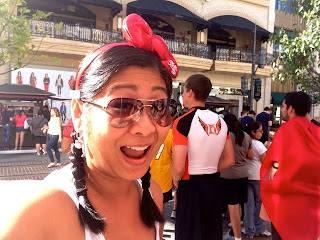 the teen had gone to a party the night before, so she was slightly less enthusiastic about this whole business. 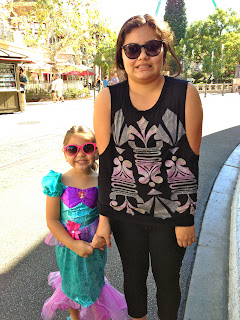 as we looked around, i noticed that i wasn't the only hello kitty present. 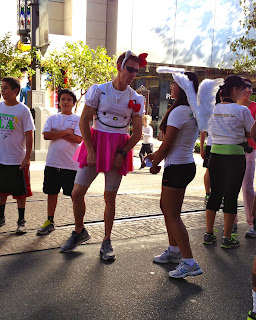 everyone gathered inside the store for a quick costume parade and judging before the run began.  had i known there was a nike GPS watch at stake, i'd have put a little more effort into my costume.  oh, well. 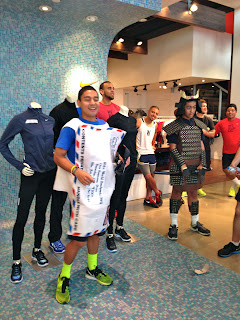 how cute is this dog? 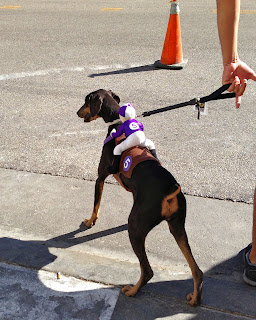 as we began our brisk 3-mile walk, the teen and i cast wistful glances at milk, home of delicious treats. 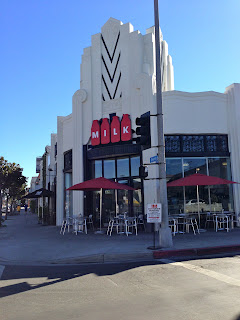 it was super sunny that day.  poor bean - parts of the route had us facing the sun, and from deep inside the stroller we heard her say "i don't want to do this run EVER again.  it's too sunny!"  heh.

when we saw the CBS studios, we knew we were almost done.  and thank goodness, because with a 10:30 start time, it was pretty hot outside. and we were amused by this "sausage xing" sign.  kind of hard to see, but you get it, right? 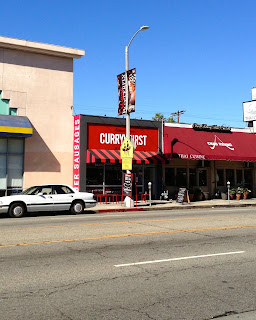 back at the grove, we passed the giant christmas tree on our way back to the nike store.  the grove had tweeted its arrival earlier in the week, and after i groused about the lack of respect for the turkey they assured me that it wasn't to be decorated before thanksgiving.  damn skippy. 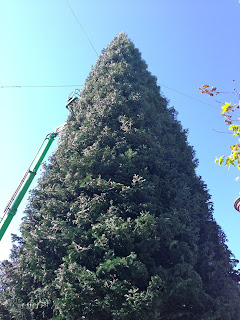 our reward for completing the 5K.  we traded those tickets in for two of these, and then handed them to our little pumpkin. 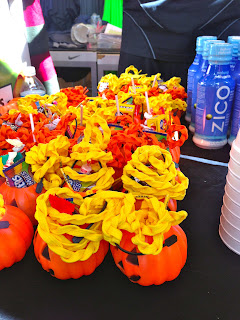 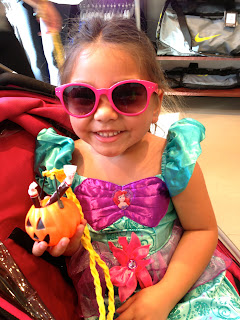 there were lots of stations set up for photo ops, and the grove staffers were prepping for their halloween festival too.  signs for pumpkin decorating, costume contests, and other fun stuff were everywhere.  too bad we didn't feel up to waiting the couple of hours until it all began.  so instead, we took pictures.  duh. 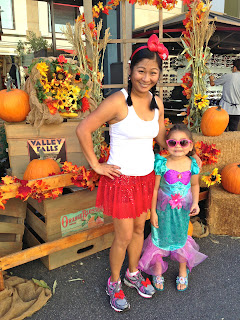 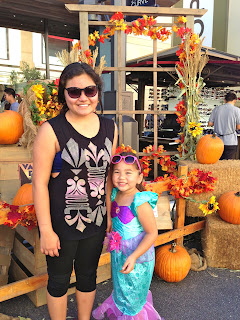 a little lunch, a stop at dylan's candy bar, and a walk through the american girl store (where we all admired these super cute but way pricey doll accessories): 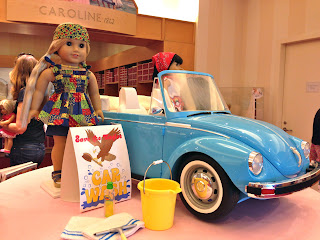 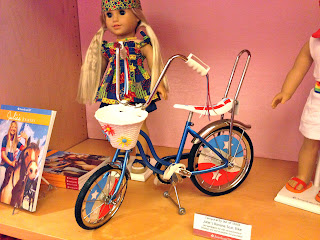 we made our way back to the car, got settled, and maaaaaaybe five minutes later looked back to see this: 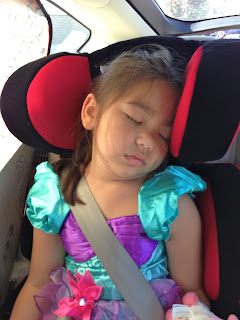 Email ThisBlogThis!Share to TwitterShare to FacebookShare to Pinterest
Labels: freebie fun, running my ass off, the grove