when we decided to host thanksgiving at the house of wan, i turned to the most obvious source for fun recipes to use - my pinterest boards.  although i ended up going with the always-reliable martha stewart for most of what i served up (more on that later), i did come across a bunch of other things that i wanted to try out.

like this shredded brussels sprout/kale/bacon salad.  i'd never actually had brussels sprouts before, but it's one of the hub's favorite vegetables.  wife of the year, i am.  and when i pulled the bag of these things out of the fridge, i totally had to google to find out exactly how one is supposed to prep them for consumption.  luckily, it was easy enough. 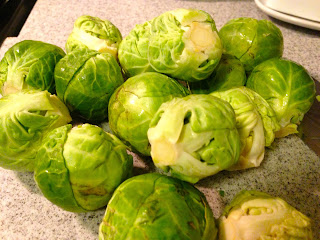 while the bacon sizzled in the pan (one of my very favorite sounds and smells, duh), i chopped and shredded and prepped my happy ass off. 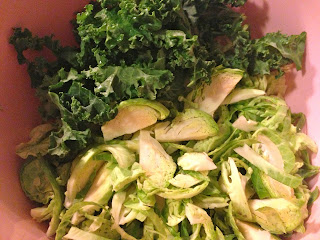 once everything was ready, it was a snap to throw it all together and serve. 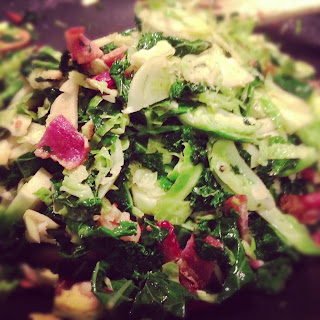 with the exception of the bean, who refuses to even allow anything remotely green or vegetable-like on her plate, this was a huge hit.  the hub was over the moon for his beloved sprouts, the teen liked the tang of the fresh lemon juice, and as for my favorite part...well, i'm sure you can guess.  this is definitely a keeper, and one i'll be happy to serve up again.  and again, and again, and again.

while picking up groceries at target, i came across a 3-pound pork butt roast that was all by itself in the meat case, sporting a lovely $3-off coupon.  so i scooped it up without any idea as to what i was going to do with it and hit up the google when i got home.  it turned into something pretty delicious:  char siu pork, aka chinese bbq pulled pork.  although i didn't have any hoisin sauce sitting around, i managed to find a recipe using ingredients that i did have in the pantry, and so i had that pig butt in the crock pot in no time.  the aroma that wafted through the house all that day was mouthwatering, and i was really pleased with the results.  plated with some steamed asparagus and jasmine rice, it looked and smelled pretty darn good. 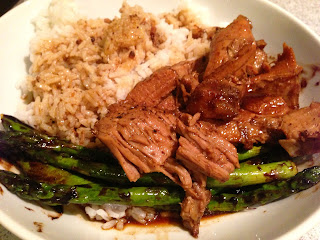 we love us some asparagus in this house.  if it didn't make pee smell so godawful, i would totally have asparagus like every single day.  and when i came across this recipe for a simple-looking asparagus gratin, i knew i had to give it a shot. 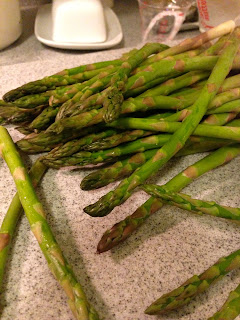 the cheese sauce was really easy to make.  i happily tossed in gobs and gobs of monterey jack and parmesan and stirred it in, making it nice and gooey. 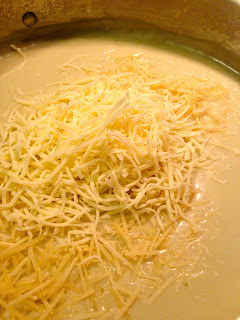 i realized a little too late that i only had half as much asparagus as the recipe called for.  bummer.  so when i poured the sauce on top of the steamed veggies, i totally said "would you like some asparagus with your cheese?  oh yes, please."  to myself.  yeah. 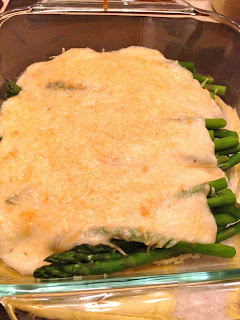 while i devoured the lion's share of this quite happily, i was stunned to note that the hub and the teen were a little less enthusiastic about it than i was.  come on!  it's asparagus!  and cheese!  steamed and broiled to perfection!  gah.  whatever.  more for me.

and so now that thanksgiving is over, i'm on the hunt for something spectacular to serve for christmas dinner.  we've done the prime rib roast thing, lamb chops are so 2011, and turkey and ham are definitely out.  what to make?