proud to be an american

it seems appropriate to recap election day at the house of wan on a day we set aside to honor all who have served in the military.  we owe so much to those folks who make so many sacrifices to protect us and our country, and for that, we thank you.

the bean's school managed to commemorate the day by designating it as "red, white & blue day."  no political endorsements, just a day to be patriotic and celebrate an occasion that only comes once every four years.  and of course, i wanted her to have something appropriate to wear.  duh.

so about a year ago, i sewed up a super cute skirt that i still have never been able to wear.  well, actually, i attempted to wear it out to dinner one day with a blue top, and the hub told me i looked like an american flag.  hmph.  anyway, i knew i had some leftover material that could possibly be just enough to throw together something for the bean.  and because i've pretty much got the simple skirt down, i was able to crank it out in about half an hour. 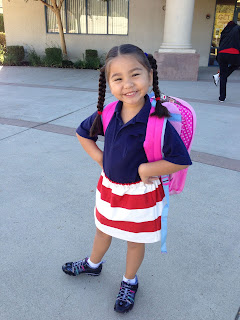 she totally cracked me up when i had her try it on and she said it was her "bacon skirt."  look, she even stretched her arms out to make herself look like a strip of porky goodness. 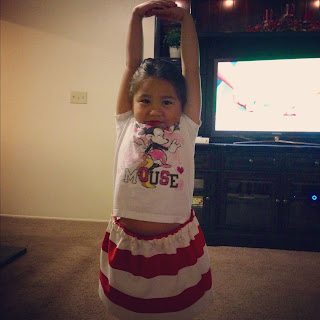 as soon as she disappeared from sight, off to another day of learning and fun with her class, i headed to my polling place to do my thang. 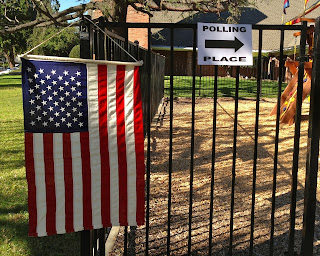 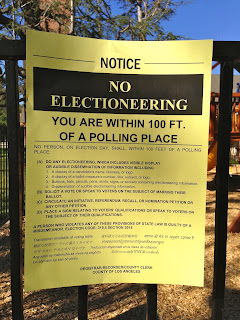 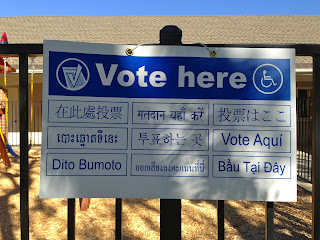 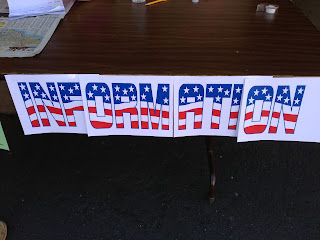 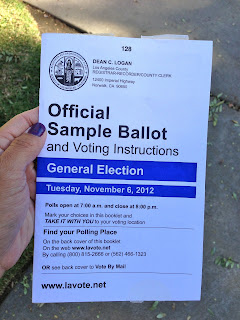 despite a minor snafu with my address (which they still had listed from two homes ago, despite my current mailbox being full of political mumbo-jumbo on a daily basis), i was in and out of there in mere minutes. 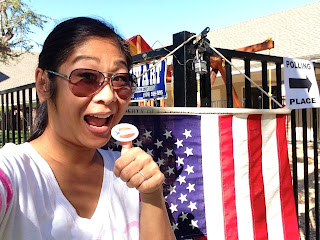 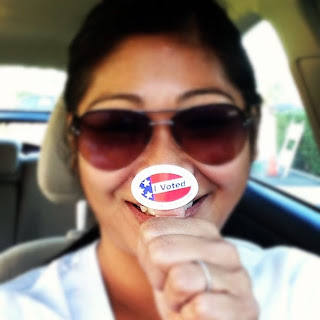 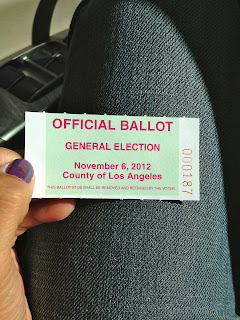 i was apparently still on a voting high when i got home. 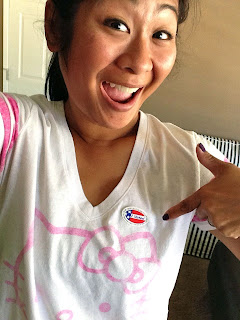 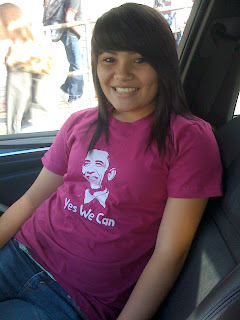 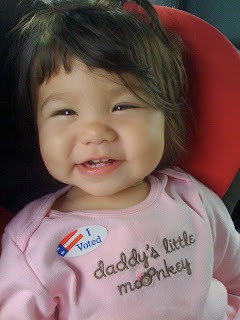 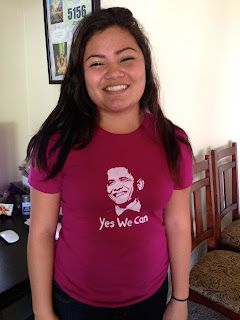 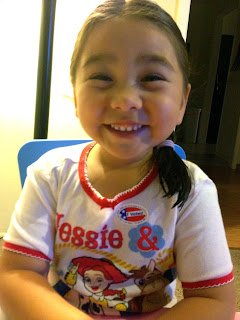