eating our way through sin city

the teen and i enjoyed a couple of fun meals together while we were in vegas this week. while the hub was off partying it up at various hotspots around town, we got to spend lots of quality time together.
for our first dinner, we stopped in at serendipity 3 at caesars palace. 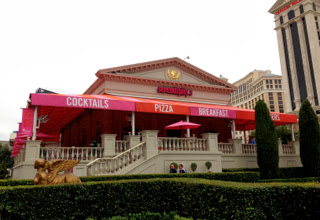 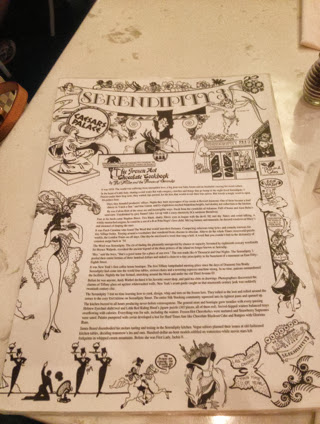 i've been to the NYC outlet of this place, so i knew that we absolutely had to have their famous frozen hot chocolate. 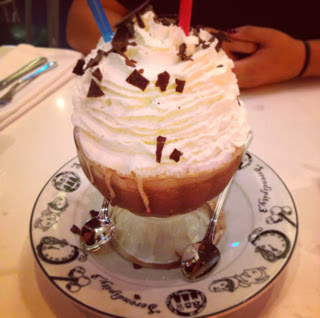 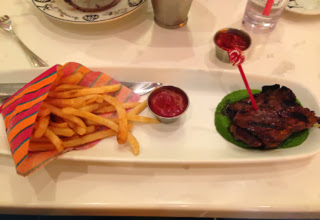 after dinner, we strolled through the forum shops at caesars as well as the miracle mile shops at planet hollywood. a stroll through urban outfitters had us giggling like mad over some of their merchandise. 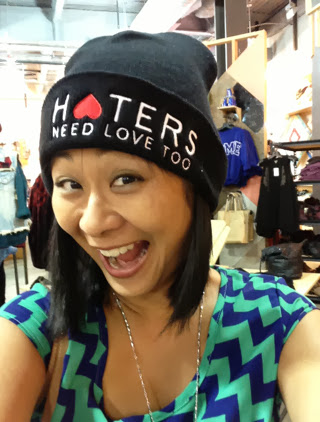 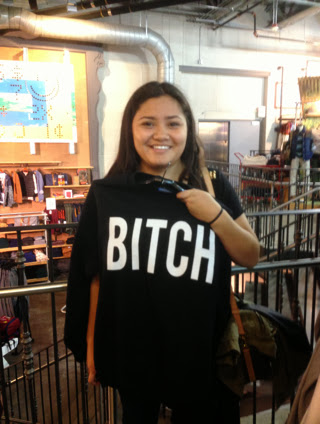 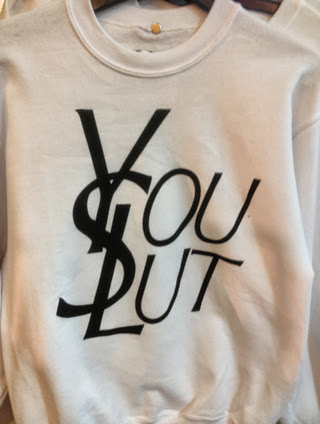 the next morning, after my epic 8-mile run down the strip, we headed back to planet hollywood to grab some grub from a place that'd caught my eye the night before: 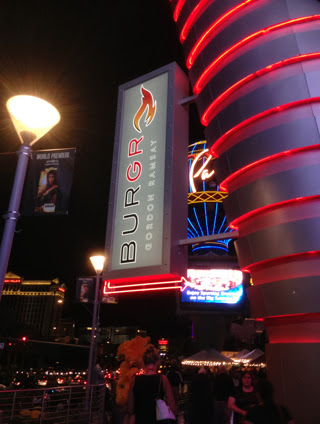 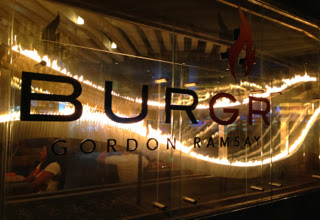 even at 11:30 on a wednesday, there was a pretty good-sized line to stand in before being seated. as we waited, we got to peruse the menu on a giant touchscreen. 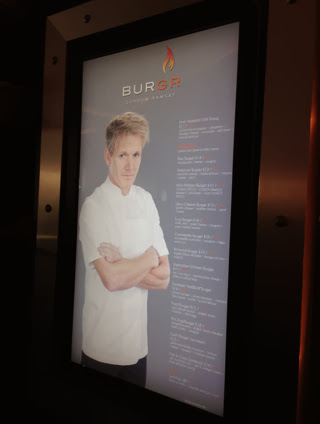 there was some souvenir merchandise available for sale, too. i'm usually a sucker for stuff like this, but i managed to exercise some restraint and didn't buy a thing. 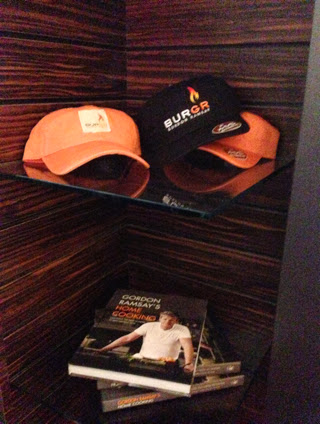 the interior was modern and hipster-y, just as i'd expected. 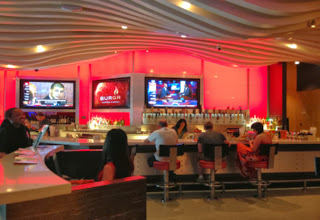 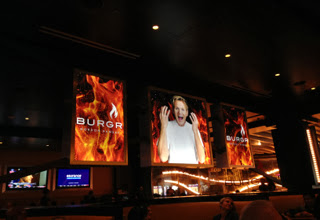 there were paper menus for the food and an iPad menu detailing the cocktails, beer, and dessert lists. 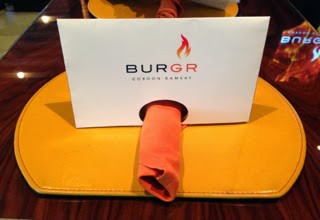 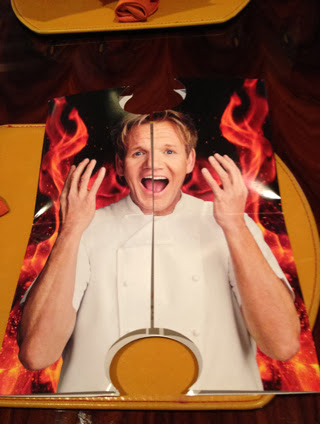 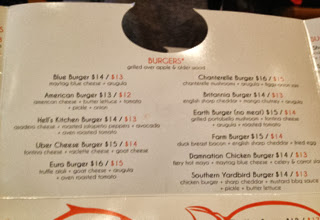 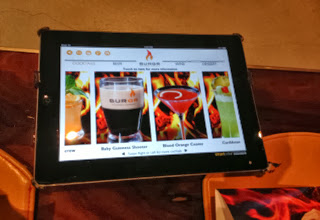 because i couldn't decide between the hog burger (a pork party served with
english sharp cheddar, apple butter and arugula) and the farm burger (beef party, duck breast bacon, english sharp cheddar and a fried egg), the server suggested a lovely combo of both. 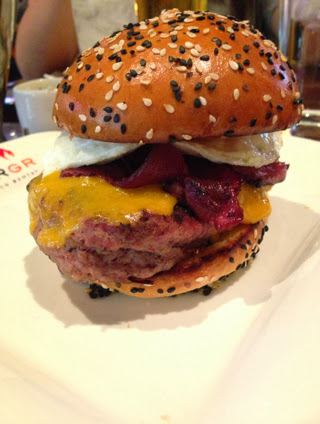 the teen's damnation burger was chicken with hot mayo, bleu cheese, and a celery & carrot slaw. 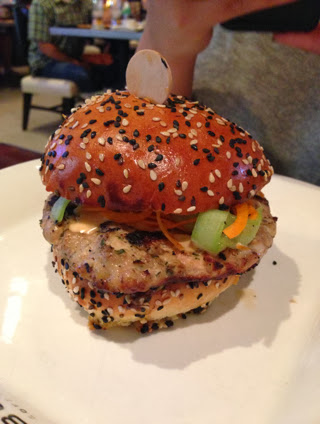 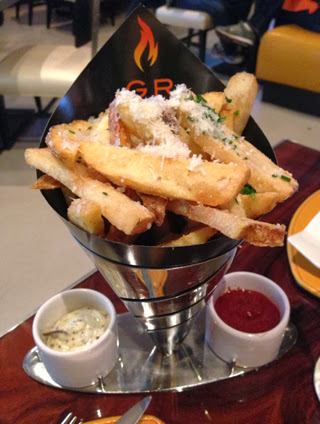 because we were in vegas and i didn't have to worry about driving or schedules or anything, i tried a cider off of the draught beer menu. 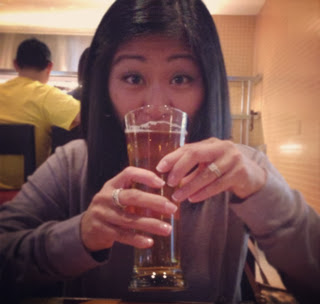 i actually liked it a lot. tasted just like apple juice. the teen thought it was pretty funny to watch me drink alcohol, heh.
both of our burgers were really good. i only managed to power through half of mine, but i had it boxed up and the hub was a happy camper when he dug in.
i kinda wish i had that burger right now. mmmmm, it was so delicious. strong work, gordon ramsay.

Email ThisBlogThis!Share to TwitterShare to FacebookShare to Pinterest
Labels: vegas