i ain't no video girl

okay, we all know how much i love all things disney, yes?  i mean, come on - for me, 2013 will be remembered as the year that we went to disneyland, disney world, AND disneyland paris!  i think that's pretty stinking awesome, myself.

and so when i heard about something called the "disney moms panel," a q&a-type website manned by a handful of folks hand-selected by disney, i was intrigued.  a little googling turned up numerous blogs and websites that told me that panelists were sent to disney world for a training session.  the posts i read looked like those chosen few were treated like queens (and kings), and i wanted in.  duh.

before the search for the 2014 panel began last month, i somehow managed to stumble across this teaser: 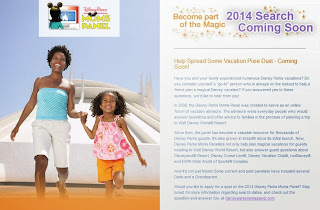 i'd read that applications would only be accepted for a specific period of time, and when the questionnaire was finally posted, i hopped on and answered the essay-style questions in no time.  i didn't obsess over every word in my answer and honestly don't even remember what i may have written.  i figured that, as with all other things disney, it would be a mad race with a crazy amount of competition to contend with.  so when i hit "send" and received my automated confirmation email, i kind of forgot all about it. 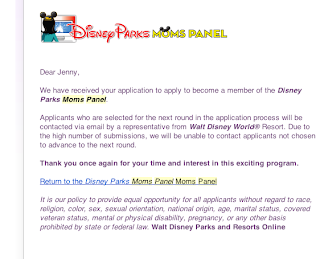 that is, until i noticed increased chatter on my twitter feed about round 2 emails coming soon.  this tweet in particular caused all sorts of commotion:

gary is the dude who handles a lot of social media for disney world and the disney parks in general, so when he posts stuff like this, it creates quite a buzz among all the disney freaks (including yours truly).  i tried not to get too excited, but my optimistic nature refused to back down.  when noon rolled around last friday, i decided to hope for the best and refreshed my inbox.  i literally squealed when this popped up: 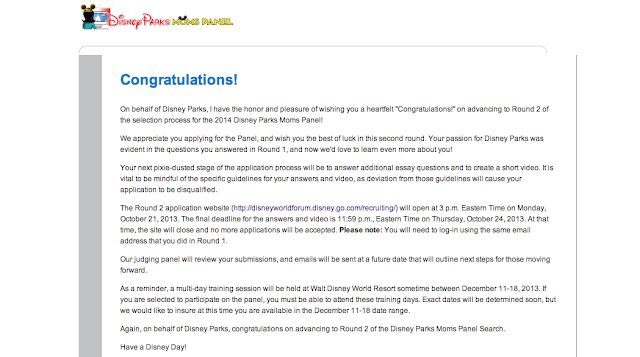 but wait.  video??  i may be narcissistic as all hell, but recording videos is not something i do.  i'm just super awkward and self-conscious in front of a video camera, and…ew.  but my distaste for making videos was trumped big time by my desire to see how far i could get in this thing.  when i mentioned it to the teen and asked for her opinion on what to have in the background and what to wear, she came up with something that should have been obvious from the start - go to disneyland and film the video there.  duh 2.0.

before you ask, i'm not posting the video.  no way, josé.  just…no.  i'll just share that i wore the teen's sparkly minnie ears and stood awkwardly in several clips that she spliced together to form my submission.  and in typical wan fashion, i put it off till the very last minute and was typing my answers for round 2's questionnaire about an hour before they were due. 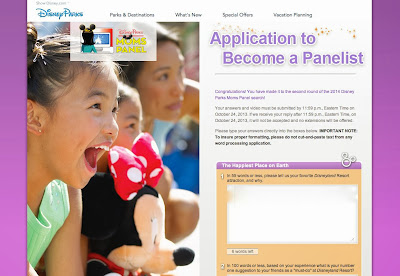 i'd typed out my answers on my phone while watching the bean's soccer practice, so i wasn't completely winging it as i finished my application.  i attached the video, read through my responses one last time to check for spelling/grammar/punctuation, and hit "submit." 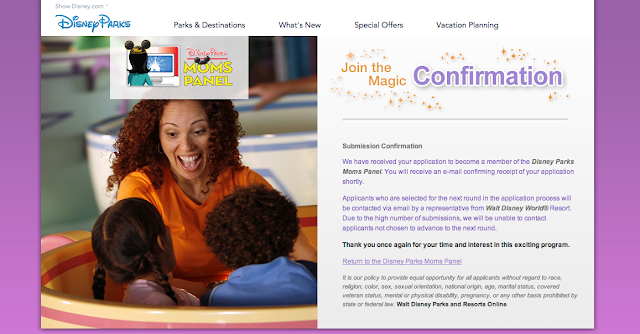 i got another confirmation email about half a second later. 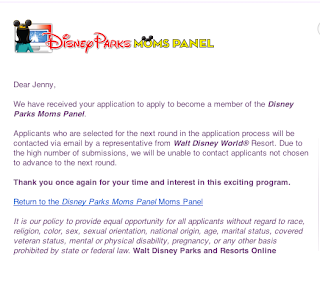 there were several specialties to choose from, including disney world, disneyland, disney cruise, and run disney.  i briefly considered that last category to submit for, but decided that i was much more knowledgeable about disneyland.  out of curiosity, i checked my annual passholder profile on the disneyland website and when i looked for the number of visits i've made since renewing my pass last november, this is what i saw:

anyway, from what i gather, getting to round 3 is pretty difficult.  then again, getting to round 2 was apparently pretty miraculous as the number of applications had been reportedly capped at 20,000.  i'm not sure how many made the cut, but if i had to guess, i'd say round 2 included probably 500 people.  so even if i don't get any further, that's kinda cool, right?

at least that's what i'm trying to tell myself as i try not to get too hopeful for another "congratulations" email.  sounds like i have a couple of weeks to wait it out.  i wonder what i can do to distract myself and forget all about it again.
at October 25, 2013