the hills are alive

in a mere four days, i'm tackling my seventh half marathon. and not just any half marathon - the über popular, super hard to get into nike women's half. in hilly ass san freaking francisco. 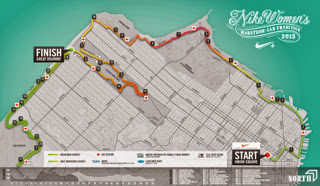 as excited as i was to finally get a spot in this thing, i'm currently running the full gamut of feelings in anticipation. one minute i'm all breezy about it, considering i managed got a 10-mile run under my belt this week. but then i get to thinking about those crazy looking elevations on that map and i get all verklempt all over again.
i must admit, though, that i'm kinda proud of myself for getting my shit in gear over the last few weeks and training like mad. i don't think i've racked up this kind of mileage in a very long time. 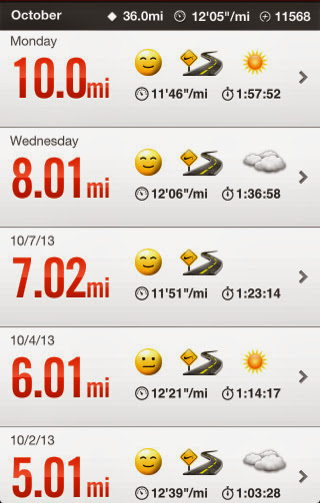 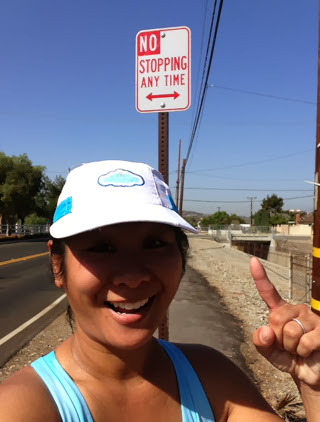 (i did end up with some gnarly ass tan lines from that run, ugh)
the hub was originally going to come up with me for the weekend, making it a nice little getaway. but duty called, and so instead i'll be flying up solo, attempting to navigate the BART to get myself from oakland airport to san francisco's union square, and meeting up with my pals lilcee and kelley, who are running too. we're also hoping to see nanette and her beautiful family while we're there.

i think i'll take one more short run tomorrow just to keep things going, and then that'll be it until 6:30 sunday morning.
holy crap. this sounded like such a great idea at the time.
at October 16, 2013