it seems like birthday parties are neverending, especially once school's back in session.  invitations are constantly finding their way into the bean's backpack.  i swear, my kid is such a little social butterfly.

this time it was for one of her friends that she's played with since preschool.  this little girl is just so sweet, and the bean really loves her.  on the morning of the party as i was wrapping her present, the bean decided to add a little something extra to the envelope that contained the card she'd worked on so carefully: 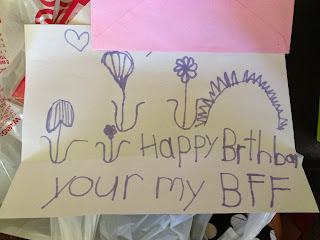 i love the little notes like this that she creates.  i always try to work really quietly on whatever it is i'm doing so i can listen to her sound out the words, and i've gotten pretty good at guessing how she's going to spell them.  i'm pretty sure i wasn't this good at it when i was in kindergarten.

when we arrived at the venue - john's incredible pizza co. - the party was in full swing and everyone was tearing into the grub at the buffet.  the teen grimaced at the thought of pizza and pasta at 10am, but i didn't care - i loaded up a plate and jumped right in.  just as we returned from a visit to the dessert bar, the kids gathered for some fun party games.  the bean did a little limbo, balked at the musical chairs, and then totally owned the hot potato. 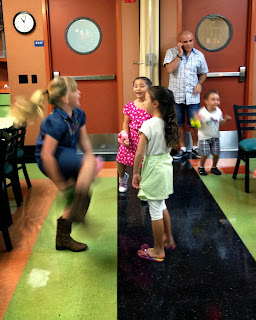 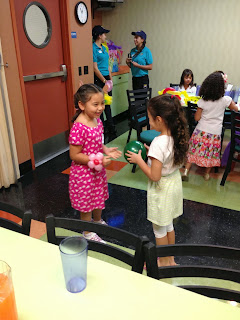 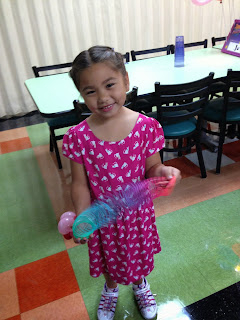 with the birthday girl. 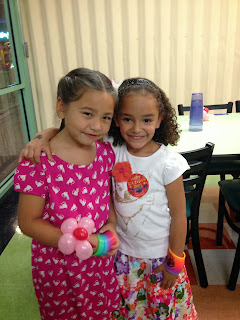 after a quick dance party, it was cake time.  the teen and i weren't really feeling it, but the bean was more than happy to accept a cupcake. 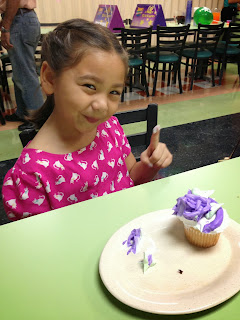 with the eating part over and done with, it was time to go out onto the floor and play some games.  we had tons of credits on the two game cards we were given, and spent a good chunk of time trying to use them all up.  the bean tried this virtual jump roping game: 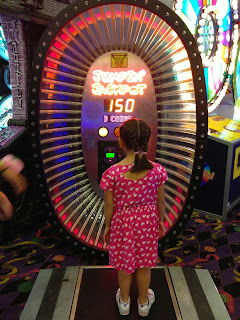 her sister helped her catch some "popcorn" here. 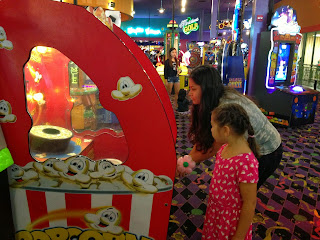 since connect four is one of our very favorite board games to play, i tried to get her to play this video version of it with me, but she seemed a little overwhelmed at the sheer size of the thing. 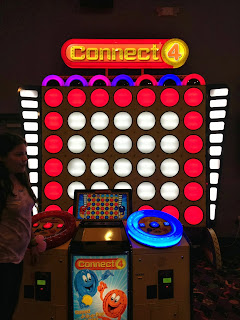 tucked away in a corner was the entrance to a 9-hole indoor miniature golf course.  and hello, it was glow-in-the-dark in there.  pretty cool, yo. 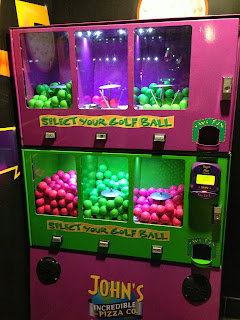 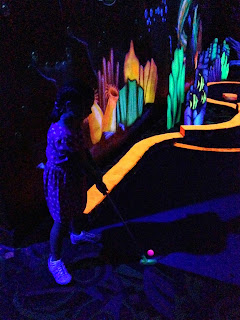 then she did a little 5-frame bowling. 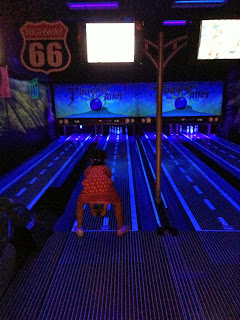 and an old favorite - air hockey.  i've always wanted to have one of these tables at home. 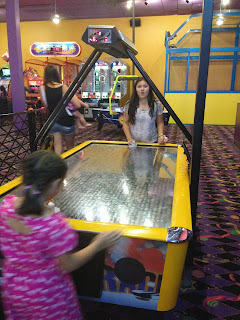 we used up the rest of our credits on tokens to play some of the coin-operated games and won a buttload of tickets - 640 of them, to be exact.  when every token had been dropped into a slot, we headed to the prize counter to trade them in for a bunch o'crap. 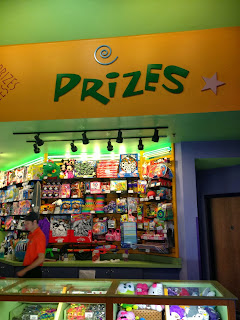 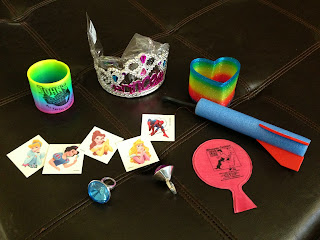 in the car, she tested out her whoopie cushion (it worked perfectly, and we all laughed like loons). 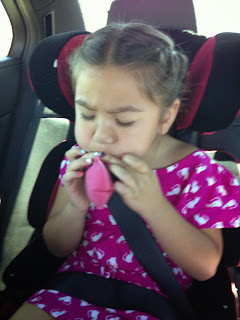 all that hard work left us pretty hungry, and for some reason, we all wanted pancakes.  IHOP! 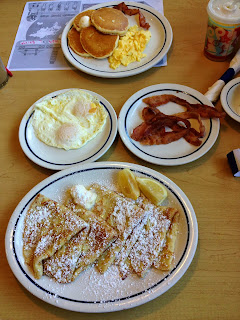 Email ThisBlogThis!Share to TwitterShare to FacebookShare to Pinterest
Labels: sunday funday, the bean is a party animal