the bean's first field trip of the school year was a fun one, and MIL and i both got to join the group as chaperones.  the annual cal poly pomona pumpkin festival is usually open just one weekend out of the year, with proceeds going to support the college of agriculture's student clubs, activities and farm operations.  from what i can tell, though, school field trips are scheduled the week before the festival is open to the public - and the two kindergarten classes at the bean's school are among the lucky ones.

she was pretty excited to see us standing there watching her and the rest of her classmates get ready to board the bus.  for her, the bus ride is just as exciting as the field trip itself. 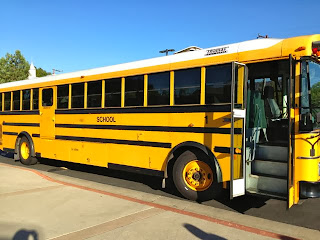 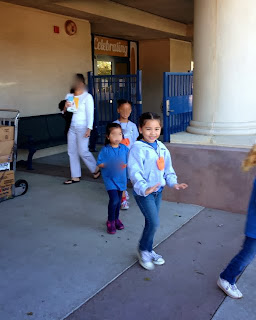 rather than ride on the crowded (and likely ear-splittingly noisy) bus, MIL and i chose to ride in the peace and comfort of our own car.  we joined the long line that followed along behind the bus and found ourselves pulling into a parking spot in no time.

although this place is just minutes away from home, i'd never been here before.  it was a beautiful day, and there were pumpkins strewn all across the field as far as the eye could see. 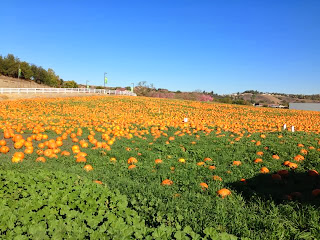 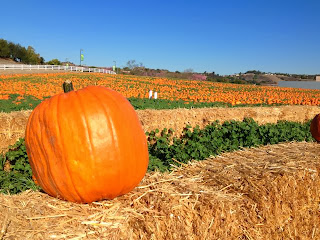 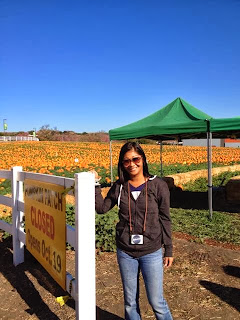 after listening to some basic instructions and taking a class picture, the kids were set free to run amok and find the most perfect pumpkin in all the land. 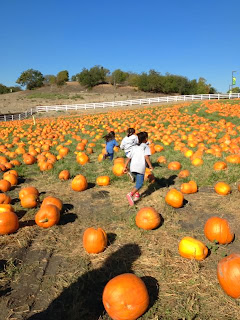 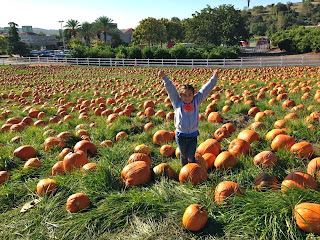 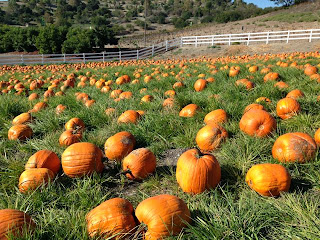 shockingly, it didn't take too long for her to pick one and carry it back down to have her official photo taken with it. 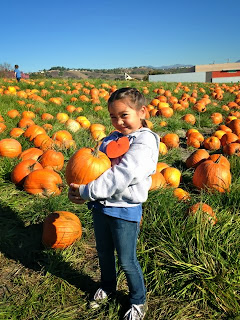 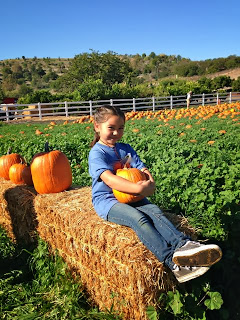 after gathering all of the kids' pumpkins and placing them safely into one of the parents' pickups, they lined up nicely and waited for the next activity. 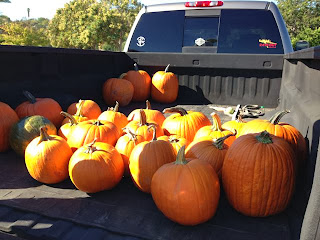 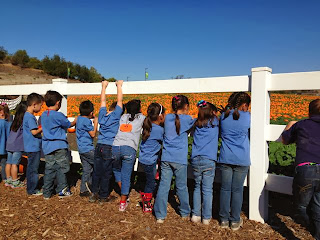 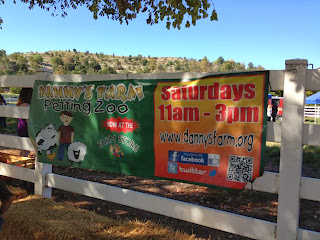 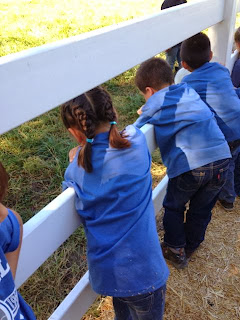 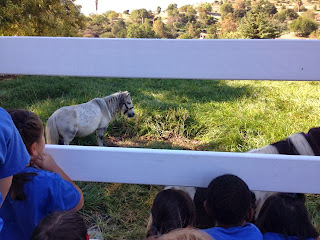 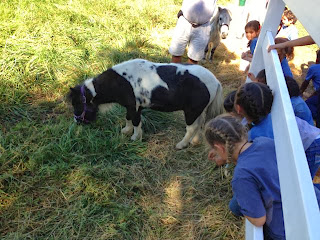 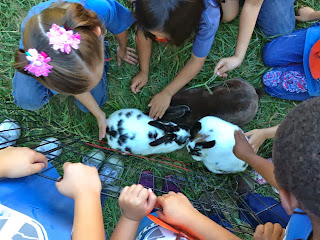 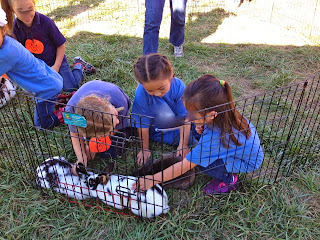 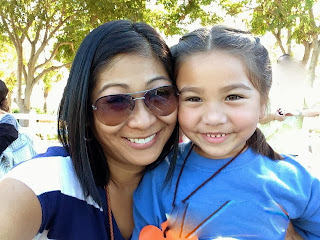 each kid was handed a cup of pellets to feed the goats and sheep. 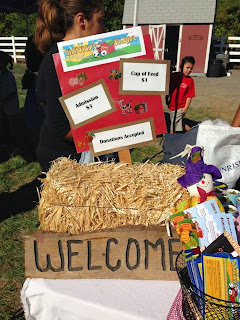 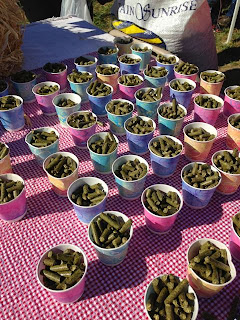 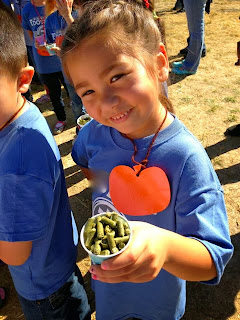 ...except that by the time her group got to go in, those poor animals had basically been force-fed by the hordes of kids who'd been in to see them.  none of them were interested in the least in eating a darn thing. 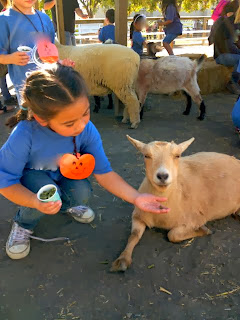 so instead, they got to take turns with the brush. 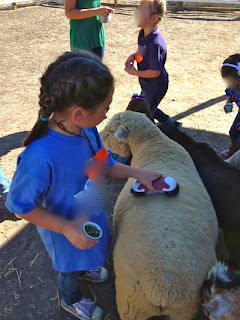 then it was time to get to school for lunch and the rest of the school day.  MIL and i gave the bean a hug and a kiss, and she scampered happily onto the bus for the short ride back.