is it super lame that one of the things i was most excited to do in vegas was to go for a long run on the strip? if there's such a thing as a runner's bucket list, that was definitely on mine. there's actually a half marathon that does this, but i'm not really into it. it's at night in november, and um, cold. no.

anyway, i needed to do 8 miles to continue my quest to get in some distance runs before next week's (gulp) nike half. losing that whole month to bronchitis really killed my training. my usual schtick for half training is to do a weekly long run, starting with 5 miles and increasing by a mile per week until i get to 10. instead, i had to ramp it up big time over just the last week: 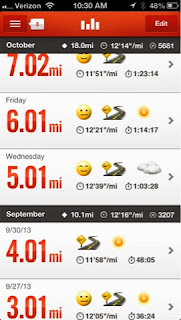 i may very well break my all-time record for mileage this month.

while the hub took off for a golf GTG with clients and the teen slept in, i headed out into a chilly, overcast morning. 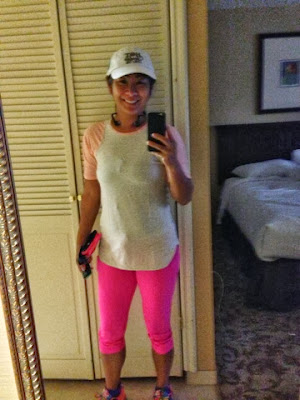 i decided to backtrack a bit. i headed towards mandalay bay and beyond it a little so i could do this: 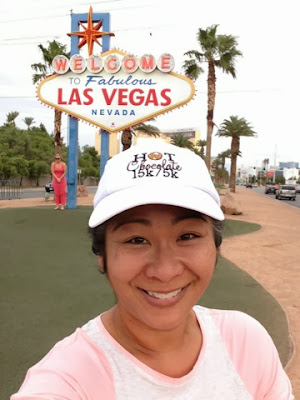 i was pleasantly surprised at the number of fellow runners out that morning. the hub and the teen were convinced i'd end up chopped into a million pieces somewhere in the middle of the desert, but i was sure that there would be plenty of people out and about. i mean, come on...it's freaking vegas!

after my vegas sign selfie, i crossed the street and continued on. here's where the hub was:

we stayed here once a long time ago. if you ever want to drop some cash in sin city and stay in a place that is extremely un-vegas-y, this is where you wanna be. 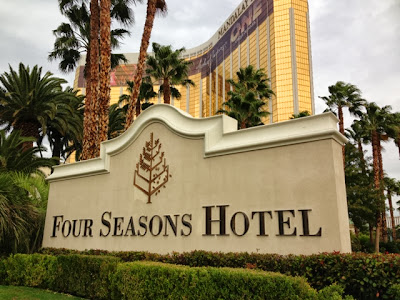 it occupies the top floors of this place. 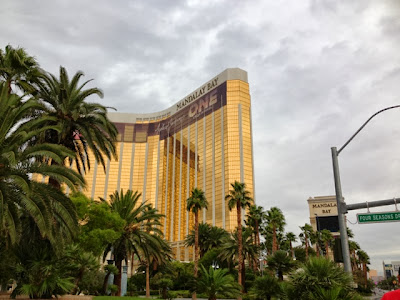 my route was a pretty fun one, taking me past all the familiar sights. 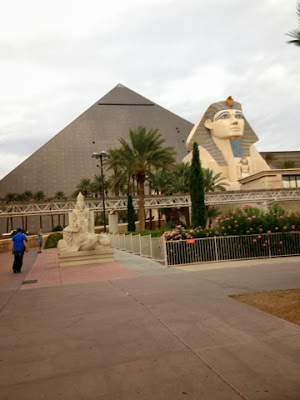 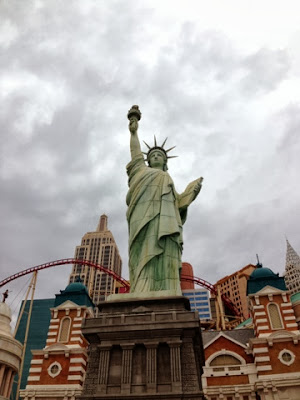 it's britney, bitch. i really want to come back for one of her shows next year. 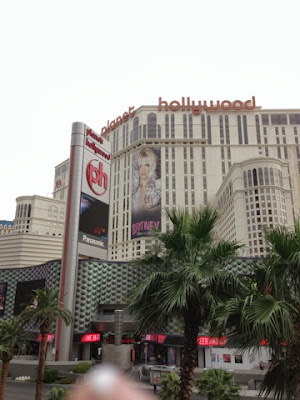 the strip is kind of crazy in that there aren't really sidewalks down the entire street. instead, there are lots of bridges that you have to climb up to cross. Most have escalators, but a few offer just these (and elevators, but being on a run i couldn't bring myself to do that): 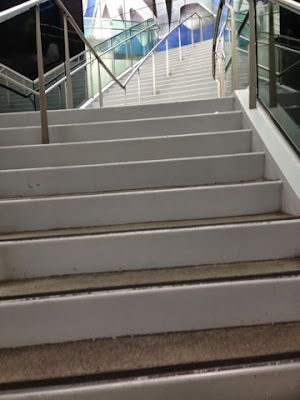 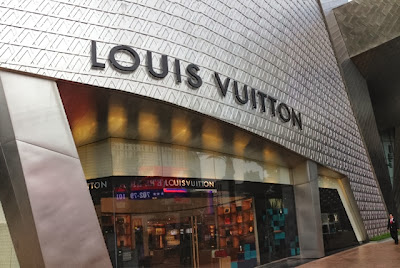 ah...the paris. this used to be the closest i thought i'd ever get to the eiffel tower. 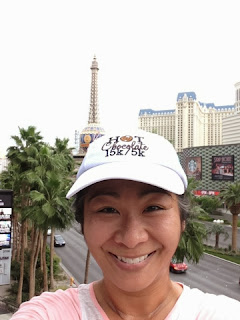 i would've loved to get tickets for this. alas, the teen is the polar opposite of a country music fan. 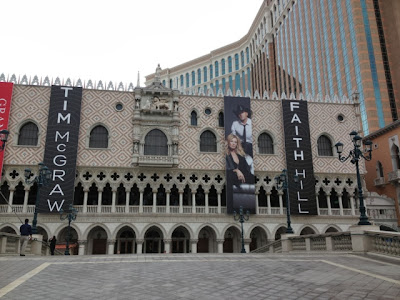 this little corner made me think of my friend weezermonkey. i could've used a croissant and coffee. 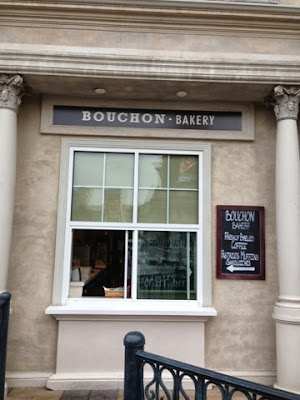 this crazy ufo-looking place reminded me that i wanted to take the teen here later to do some shopping. 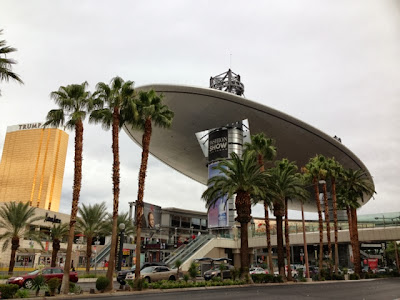 that seemed to mark the end of the nicer part of the strip. as i headed towards the stratosphere (which i thought might be my turning point), this big ass wall protected me from some of the crazy ass wind that'd been pushing against me as i ran. 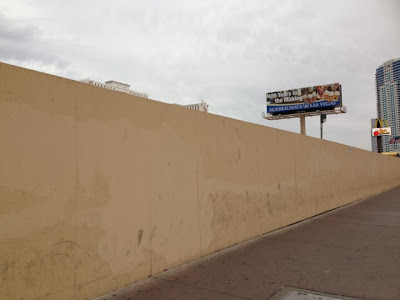 just as my app was telling me i'd reached the 6-mile mark, i found myself here. 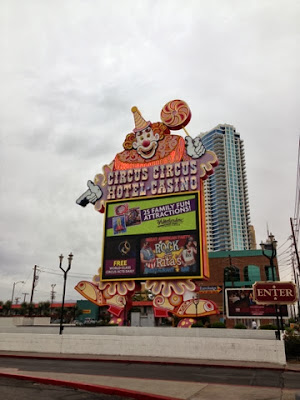 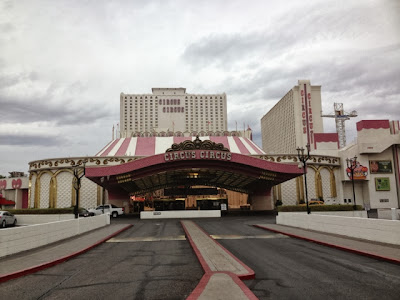 back in the day, when my family would take road trips to vegas, this place was the shit. all the kids could come here and have fun while the grown-ups went off to do vegas stuff. it was super cheesy back then, but a couple of decades later, it's just sad and faded and old. 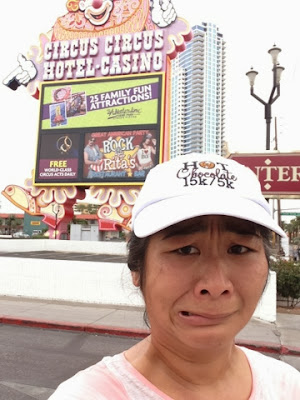 having brought just one small bottle of water and nothing in the way of fuel, i found a 7-11 after turning around and made a quick pitstop. this totally works as fuel, right? i've heard of some folks eating mini snickers bars and jellybeans on their long runs, so i figured this was good. 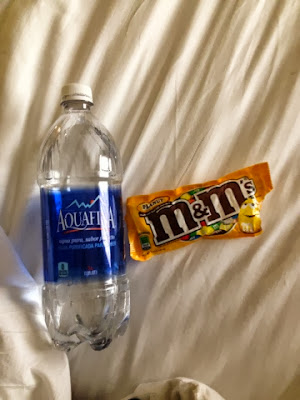 more sights along the way: 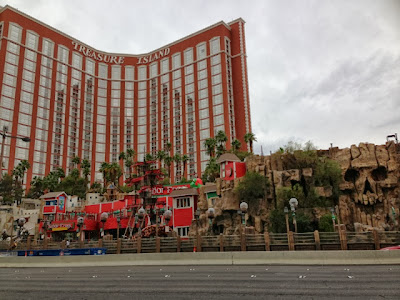 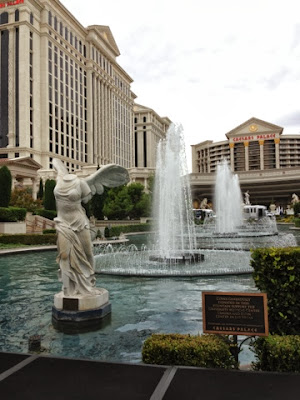 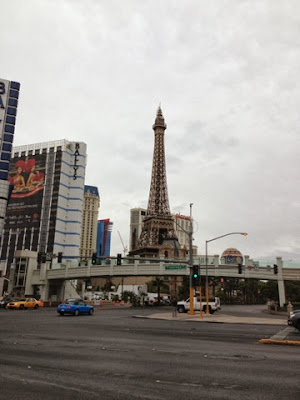 this is where i reached 8 miles at last. not a bad place to finish a long run, yes? 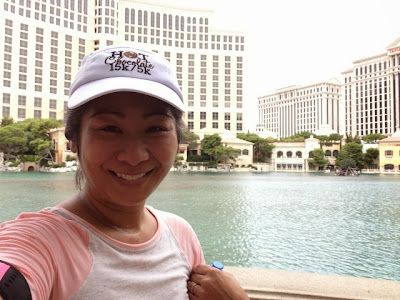 i may have cheated a little and caught the tram to get back "home." 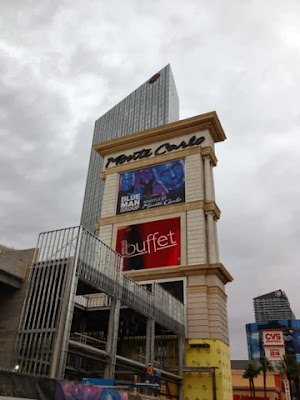 the strip was seriously so awesome to run. even though i'd done a fairly good-sized distance, i was so entertained that it'd gone by super fast. kinda makes me give that vegas half marathon a second thought.

Email ThisBlogThis!Share to TwitterShare to FacebookShare to Pinterest
Labels: running my ass off, vegas