making vegas memories with the teen

i usually dread the drive to vegas.  it's a seemingly endless road with nothing to see and nothing on the radio.  but i suppose my tolerance for long car trips has increased as old age set in, and although i did fall asleep for a bit, i mostly enjoyed the ride.

this has always been a highlight, even though the only thing that makes it fun is saying it out loud: 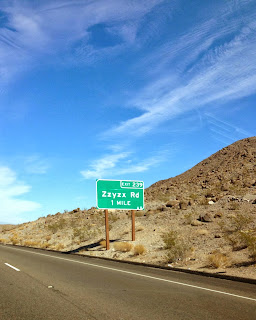 we made a quick stop in barstow for a forgettable (but tasty and filling) fast food lunch, and then two magazines and a nap later, we arrived in sin city. 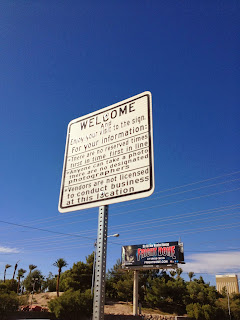 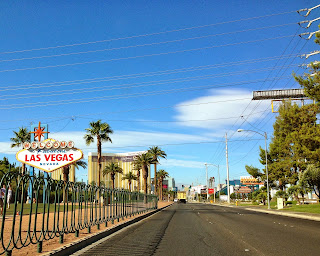 i was forbidden to set foot in this place.  "there are lots of other things to see, and you've already been there," the hub said.  okay, okay. 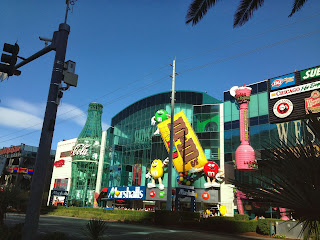 besides, the teen and i were pretty dazzled by the sight of this: 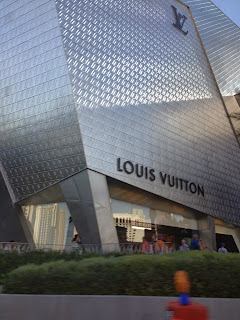 up on the 22nd floor of the monte carlo, we were greeted by a virtual aquarium. 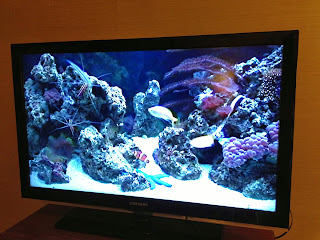 a couple of channels over, i found something else - you know, in case you aren't into fish. 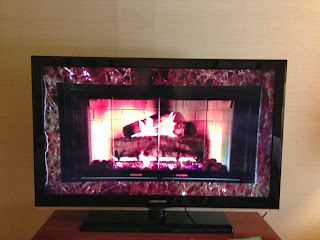 we had a lovely view of the pool down below.  too bad the weather didn't end up cooperating so that we could use it. 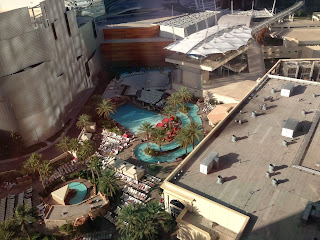 i have the best luggage in the world. 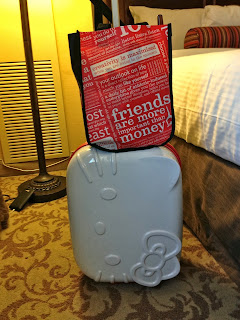 the monte carlo gave us access to a free tram, which would prove to be very useful over the next day and a half. 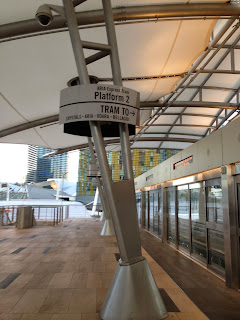 after my run on the strip, i decided i'd earned a treat. 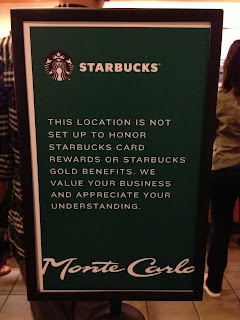 the line was long, but i was fully entertained as i watched a woman ask for several water cups and then take them to the condiments counter, where she instructed her kid to fill them up using the free pitchers of milk.  as i looked on, they proceeded to doctor them up with cinnamon and chocolate powder and then take them outside to the food court. 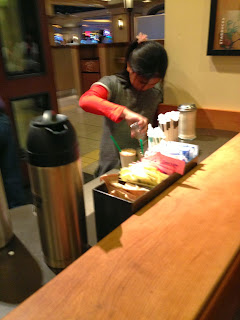 the folks who were picking up their cups of coffee were quite annoyed to find every single pitcher empty.  i felt bad for the poor starbucks employee who had to face their wrath and scurry as quickly as she could to refill them all.

the teen and i did a lot of walking during this trip.  we perused the shops here: 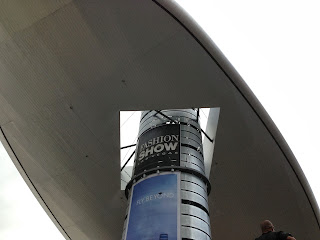 i managed to restrain myself from making a single purchase here. 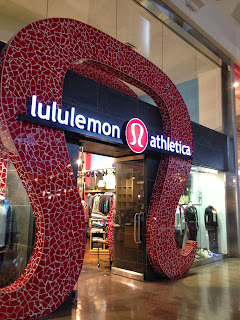 after we walked through the shops at the venetian (and watched the awkward folks on the gondola ride for awhile), we came to the realization that all the high end shops are all pretty much the same. 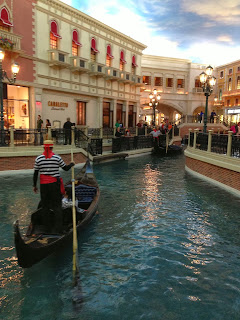 siegfried & roy plaza, where i happily got my head eaten by a lion. 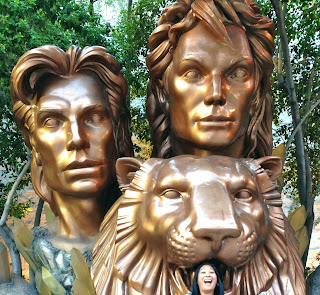 we stood here for a few minutes until we realized that the sign said the volcano wasn't actually going to begin erupting for another hour.  poop. 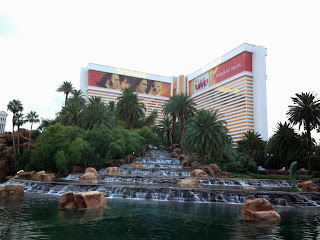 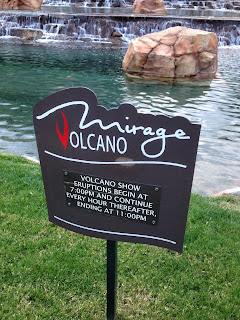 i knew that the hub had already left to meet up with clients, but i was still a little startled when we got back to our room and found this: 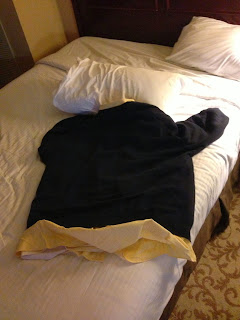 wanna see what we did that night?  here's a hint: 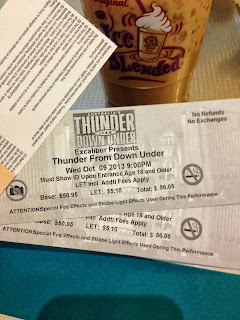 yeah, we sure did.  but as we were super wary of attracting any attention to ourselves, being the scaredy-cat first-timers-at-a-male-strip-show that we were, we dressed down.  way down (never mind that neither of us really owns anything in our closet that's worthy of vegas anyway). 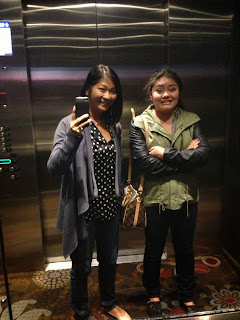 we giggled at the stuff in the shop.  tiaras, sparkly tanks, penis everything.  so fabulously cliché. 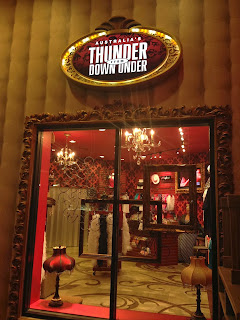 for a wednesday night, this place was pretty damn crowded. 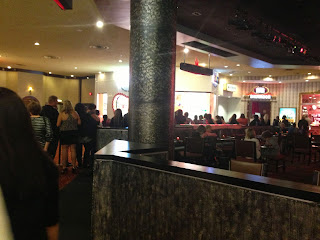 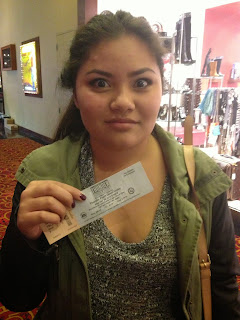 this is the last photo i was able to snap until the show was over. 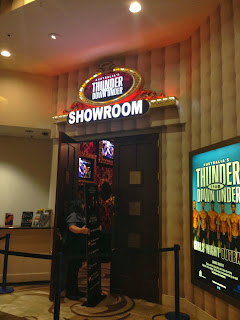 we were both pretty freaked out to find that our seats were very close to the stage, but off to the side.  "mom, i'm scared.  i don't want to touch anything, and i don't want anyone to touch me," my partner in crime said.  i can't say that i disagreed.  however, our saving grace came in the form of several bachelorette parties, birthday girls, and a pair of sisters who'd brought their mom to celebrate her 80th birthday.  the closest we got to getting any attention from those thunder fellas came early in the show, when one of them jumped off the stage, ran towards our table, and smacked me on the ass as he scampered by.