i did it! and ahead of schedule, even!

this weekend marked my 30th class at xtend barre since january 13th, which is when the 30 in 60 challenge kicked off. i was going to the studio for classes an average of four times a week. i'll admit though that about halfway through, i started feeling a little burnt out. but i was determined to get it done, so i sucked it up and kept on going.

the teen took the class with me, taking this "after" shot of me with one of my favorite instructors. 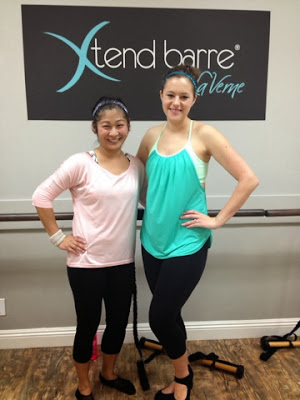 geez, next to her i look like a dumpy, sweaty midget.  i have that same top, but when i wear it i don't look anywhere near that good.  i guess i better keep going to class.

then i crossed off the box for class #30 on the board triumphantly. 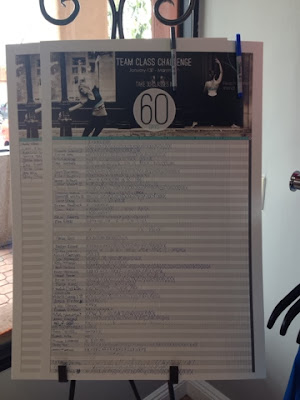 when we got home, the hub treated us to one of his crazy fruit and veggie smoothies. 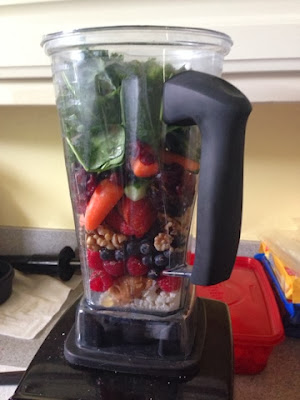 i have to admit, while i was…shall we say, less than enthusiastic about those things in the beginning, they've grown on me.  he makes them so that they're actually really tasty, and downing 16 ounces of it isn't as bad as i originally thought it'd be.  don't tell him i said that.

later, we headed down to buena park to pick up our bibs for the next morning's 5K. of course, we were in the midst of stormageddon 2014...the biggest cluster of rainstorms soCA has seen in months. 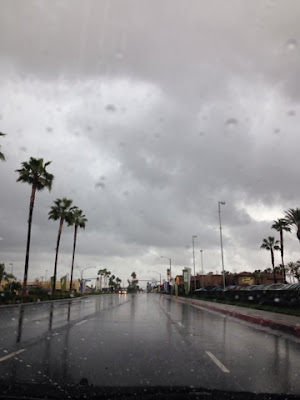 and since we were already down there, we decided to make a quick pitstop at the soggiest place on earth. 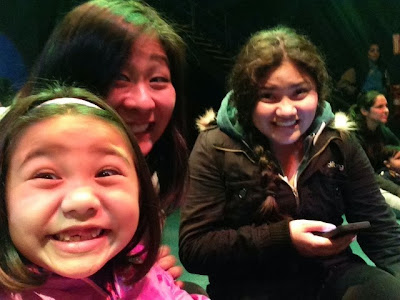 we only stayed long enough to watch the bean's favorite show (disney junior live) and do a quick session at the animation academy (we drew olaf from "frozen") and then headed home. 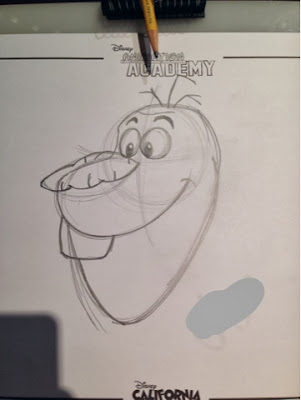 someone was worn out. 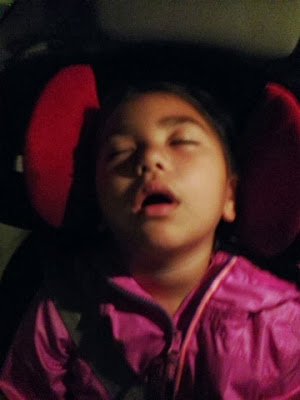