the little dress i threw together for the bean to wear on st. paddy's day was a big hit. she was excited to put it on, and i'm just happy she's still willing to wear stuff i make for her. 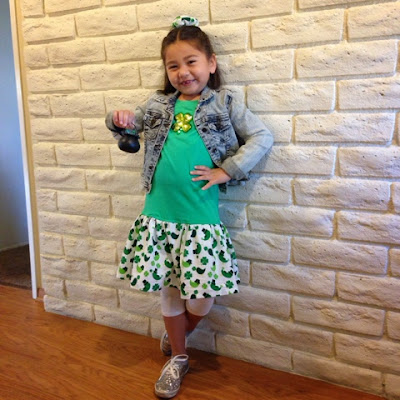 she loved the little hair clip i'd so hastily assembled, too. 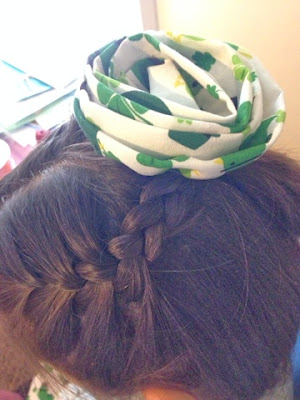 she's such a ham. i have no idea where she gets it. 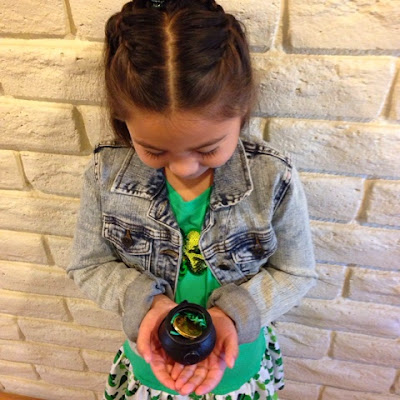 her class was doing just a little party that day, serving pancakes for breakfast. the batter incorporated some "magic powder" that a leprechaun had sent them, and when they mixed it in the pancakes magically turned green. 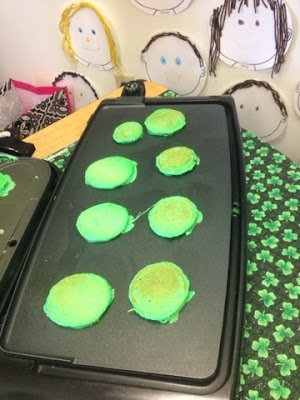 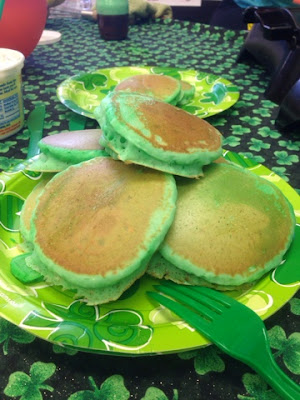 as they ate (and man, can those kids take down some pancakes), they wore the hats they'd made just for the party. 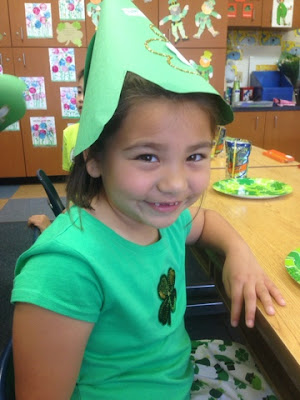 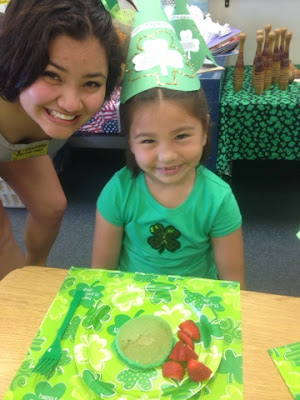 when she got tired of wearing it, she gave her hat to her sister: 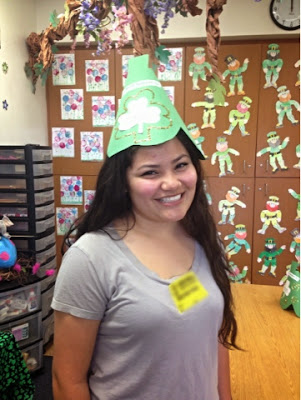 ...who then photobombed us in this shot. 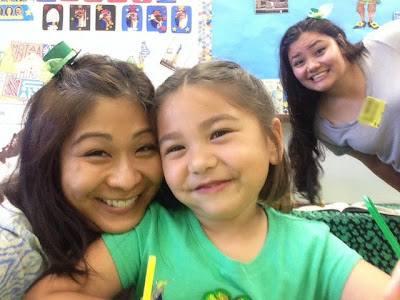 dinner was...you guessed it, corned beef and cabbage that i'd thrown into the crock pot that morning. 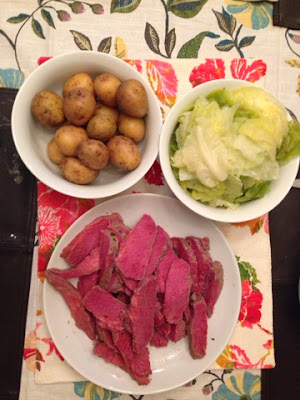 looks good, right? i mean, if you like corned beef (which we all do, luckily), that is. except that i think my crock pot is a crock. this is the second time now that i've used it in the last month where the food just hasn't come out right. the texture of the meat came out tough and rubbery instead of flaky and tender, and i didn't do anything differently from before. super annoying.

Email ThisBlogThis!Share to TwitterShare to FacebookShare to Pinterest
Labels: st. patrick's day, the bean is a party animal