for our march 5K, the hub and i signed up for the coaster run. the girls and i did this one last year, so we knew it was a fun race. it winds through knott's berry farm and the adjoining soak city water park, ending in the parking lot.

it was a rough wake-up call to answer, though. i'm pretty sure everyone except the bean was cursing me in their heads, and the car ride down to buena park was super quiet. the hub isn't really a morning person, so he wasn't feeling particularly cooperative for pictures. 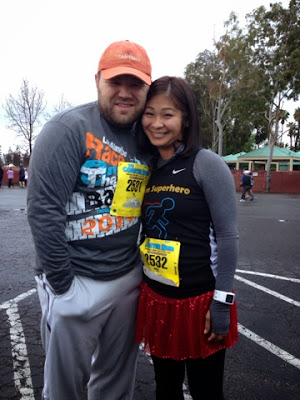 the weather report assured me that there was only a 30% chance of rain that morning. as we drove down, we even saw glimpses of bluish sky and the sun trying to peek out. i had high hopes.

except that as we stood in the corrals just before the gun went off for the first wave of runners, the clouds overhead opened up and rain was pouring on us. BOO.

if i'm being truly honest though, i really don't mind running in the rain. i think it's fun, and it keeps me from getting super duper hot. but I hadn't brought my waterproof phone case, which meant no pictures of the course. that's okay though...if you really want to see more on-course shots there's always last year's recap.
here's my march bling! 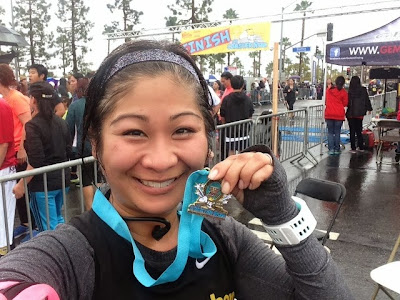 and not much later than that, i spied the hub crossing the finish too. 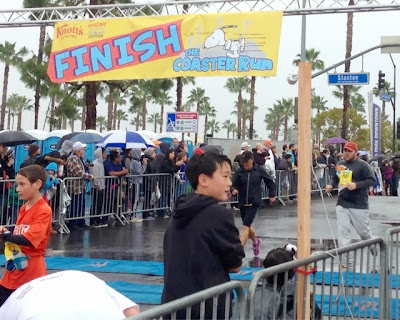 as folks pointed out when i posted this on twitter and instagram, there's a super creepy mcstalkerson looking dude totally photobombing our triumphant finish shot. that's cool dude, congrats to you on finishing too. 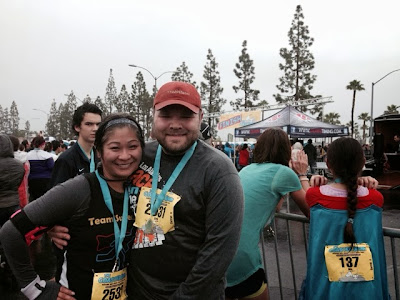 it was, like, 7:45 in the morning. the hub likes pie as much as the next guy, but he waved off the idea of stopping at the table for a slice of knott's famous boysenberry pie. more for everybody else! 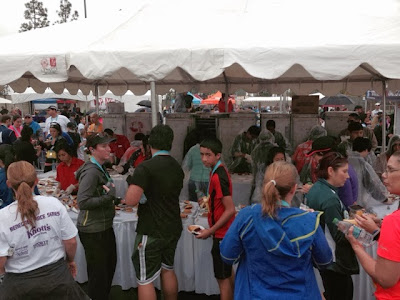 these were prizes for the top 3 finishers in each division. only way i'm ever gonna get something like this is if i run a race where there are only 3 of us in my age range. 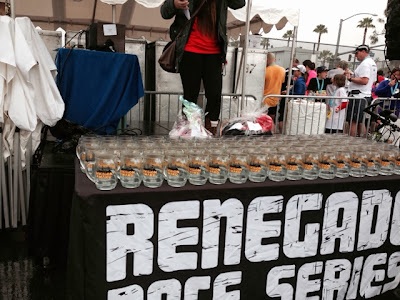 the bean was excited and ready for her race. 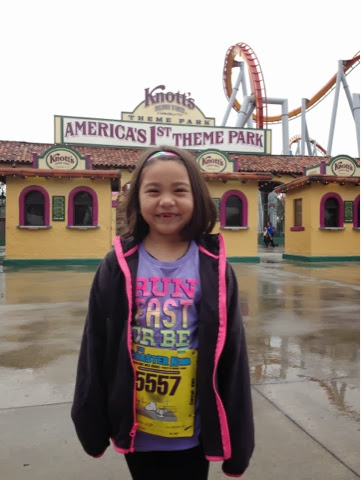 the teen was originally slated to run the half-mile course with her, but since she was groggy and not feeling all that great, i happily stepped in. 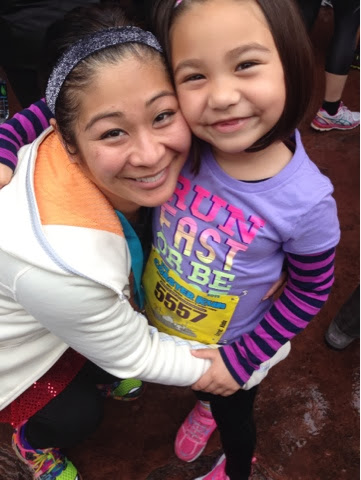 the loud blast of the gun going off for the 7 and older crew startled the crap outta her. 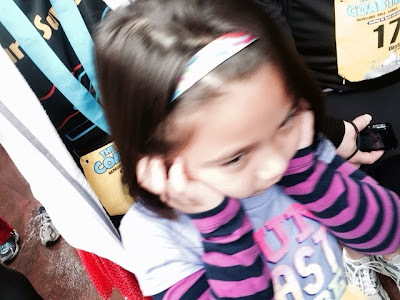 this kid, man. she's a sprinter. 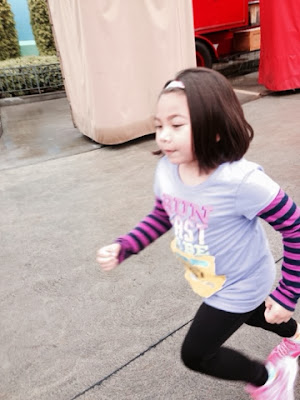 she was so focused in getting to that finish line, she didn't even stop to give charlie brown and lucy a high-five. 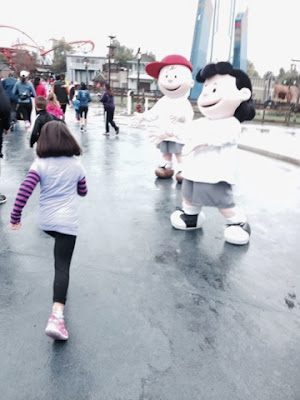 look at that form! i actually had trouble keeping up with her. 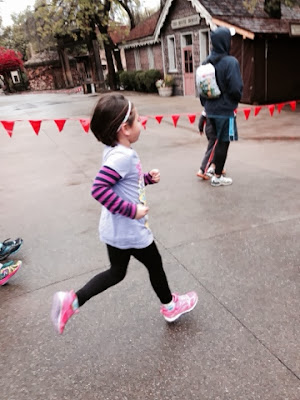 the finisher medals were bring handed out by what looked like miss buena park and her minions. 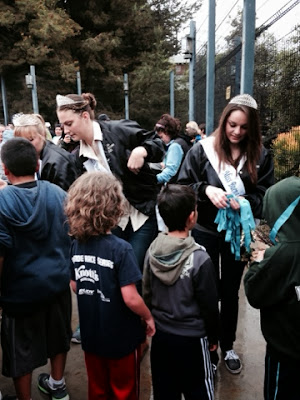 that is pride right there. 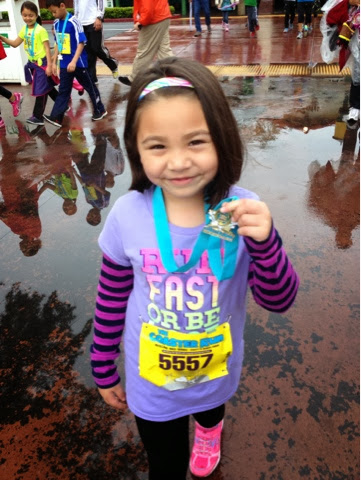 turns out this was a family affair. my cousin r, her hub, and her longtime friend (who you may recognize from several other runs we've been at together) were there too. we found each other again as we were heading back to the car, and i annoyed the teen one more time as i handed her my phone to take a picture. heh. 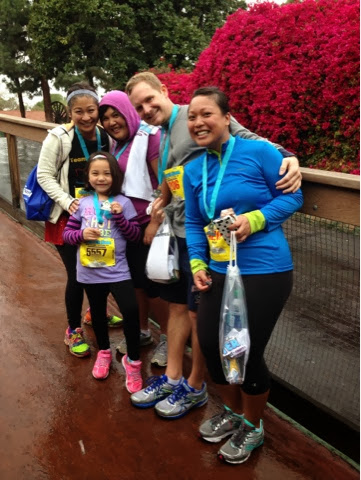 next up...the hot chocolate 15K in san diego. which is the week before the hollywood half. yikes. guess i should be doing some training, huh?
at March 04, 2014

Email ThisBlogThis!Share to TwitterShare to FacebookShare to Pinterest
Labels: running my ass off, the bean runs too, the hub runs too