i'll take my oscar now, thanks

i was perusing my facebook feed when something caught my eye. it was a photo of a mouthwatering burger from slaters 50/50, with the words "free burger" in the text.

i'll give you a moment to let that sink in.

so anyway, when i pulled it together and read the rest of the post, I found out that they were going to be doing some filming at their pasadena location. anyone who was seated at a table or at the bar between 11 and noon and posted about it on social media would be served a free burger of their choice (up to $13 worth).

um, duh. the teen and i hit up an early barre class to work off what we'd be eating later and then showed up at slaters a few minutes before 11. 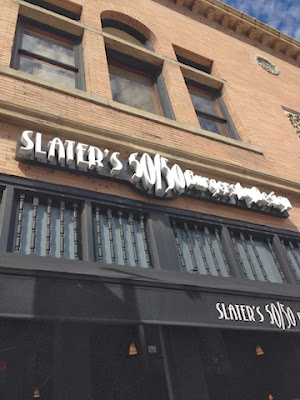 the post on facebook had received quite a few "likes" and comments, so i was curious as to whether there would be a line to get in. and as luck would have it, we walked up and joined a group of maybe a dozen people waiting for the doors to open.  we were seated at the end of a row of booths facing the bar, and i noticed a camera and light set up across the room. 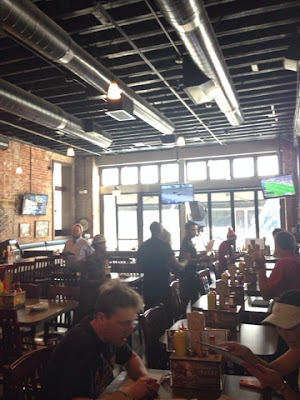 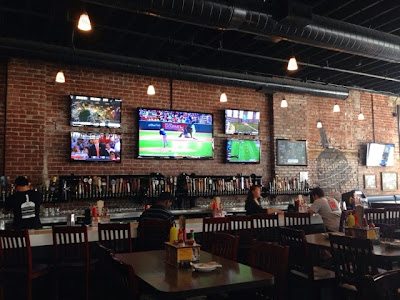 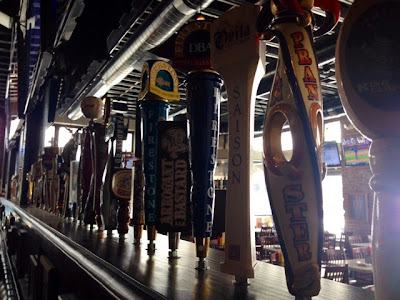 after checking out the menu, we both decided to go the "create your own" route. 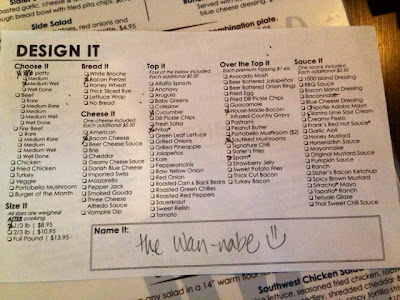 i really wanted to try one of their fabulous-sounding milkshakes, but i didn't want to end up stuffed to the gills. maybe next time. 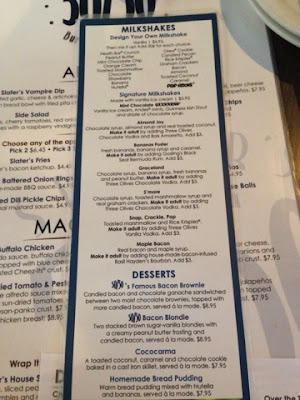 because it's just plain wrong not to have fries with a burger, we ordered some to share. while they weren't particularly memorable, the bacon ketchup that was served alongside them was pretty tasty. 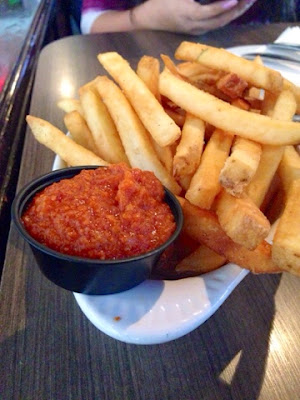 as we sat there chatting and laughing like usual, a member of the production staff came over to ask if we would be okay with being filmed for the segment they were shooting. the teen balked a little, but you know me...i was all in. he said that they just wanted to bring over a couple of burgers and get us on camera enjoying a few bites. sounded easy enough.

in an effort to be even a little bit healthy-ish, the teen had opted for a lettuce-wrapped entree. uh...i think there's a burger in there somewhere. 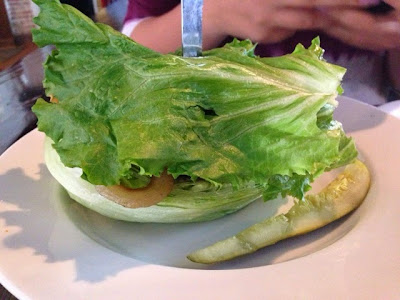 my burger, on the other hand, was...well, this. 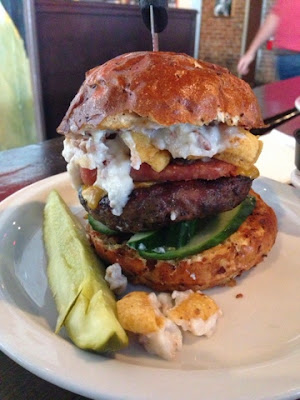 just as we were digging into them quite happily, the cameraman came over and started setting up. 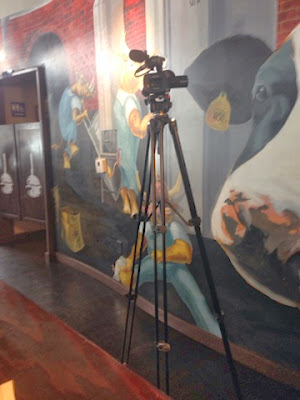 and then this super bright lighting apparatus was in.my.face.  it was so warm and bright, i started sweating immediately. fabulous. 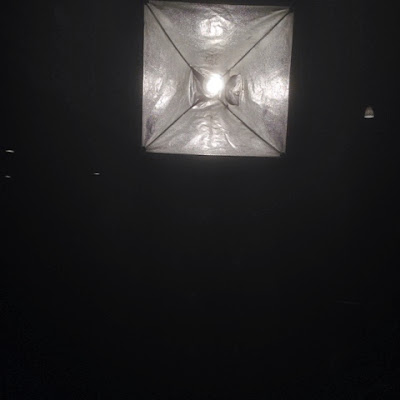 the guy who had approached us before came back over with a server and whisked away the burgers we'd just started grubbing on. "sorry that we just served these to you only to take them away again! we're gonna bring you a couple of new burgers for the filming and then you can have your original ones back. we can wrap these up for you and you can take them with you."

so...it was definitely a good call on that milkshake. heh.

the filming part was pretty easy. although those burgers are so big and messy that it was impossible not to get it all over our hands and faces. i guess that's what they wanted though, because they were all smiles and full of praise. it was kind of comical to hear "great job! you're either really good actresses or the burgers really were that good."  well...i say both. especially since i'd been served the house burger, which is slathered rather generously with guacamole. YUCK. 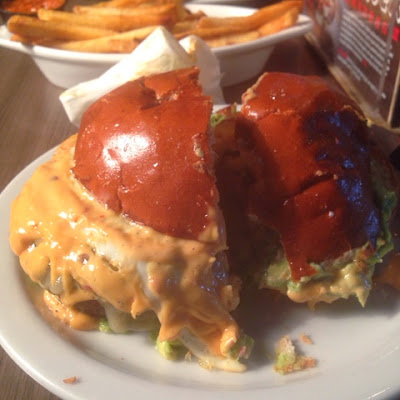 i didn't catch what the teen was given, but it looked safe enough. 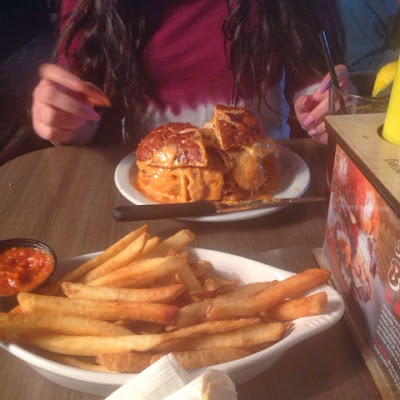 when our job was done, they whisked away those plates to pack them in to-go boxes and a few minutes later our original order came back. they'd actually re-made them so that we got fresh ones. holy cow...literally. in the span of less than an hour we'd each been served THREE ginormous burgers.

the check came with a couple of gummy burgers. cute. 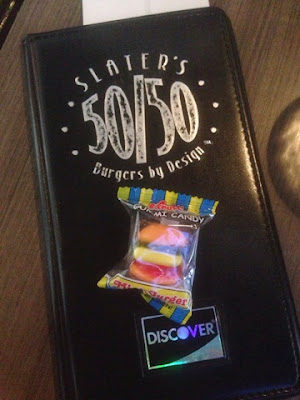 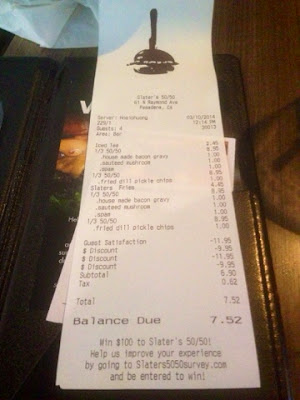 we were eating leftover burgers for two days. i think there's actually one left in the fridge. ha!