the bean's annual jogathon fundraiser at school was a smashing success.  the organizers made a lot of changes both to how they handled the actual fundraising in the weeks prior to the big day, and i think the kids really had a great time with it.  they created a fictional treasure hunt, filmed lots of videos that they got to watch at weekly assemblies, and they could earn more clues as they raised more money.  plus, instead of running in boring circles around a track like before, they'd created a course with a handful of obstacles for the kids to conquer as many times as they could in 30 minutes.

as with previous years, the actual jogathon was at a local high school campus.  the bean was super excited for it when the day finally arrived. 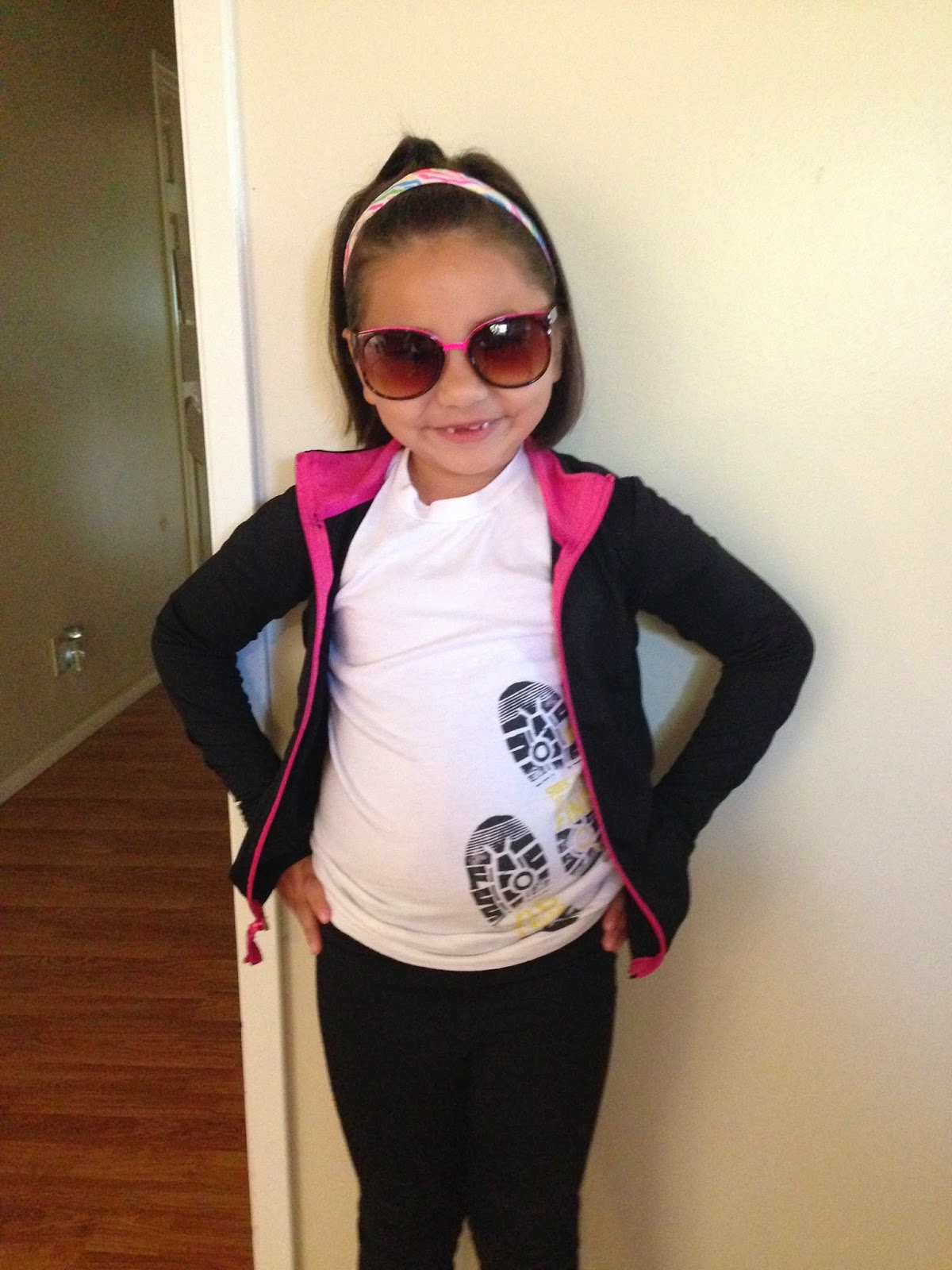 the teen and i had signed up for a shift at the activity her class was assigned - a "frozen"-themed jumper. 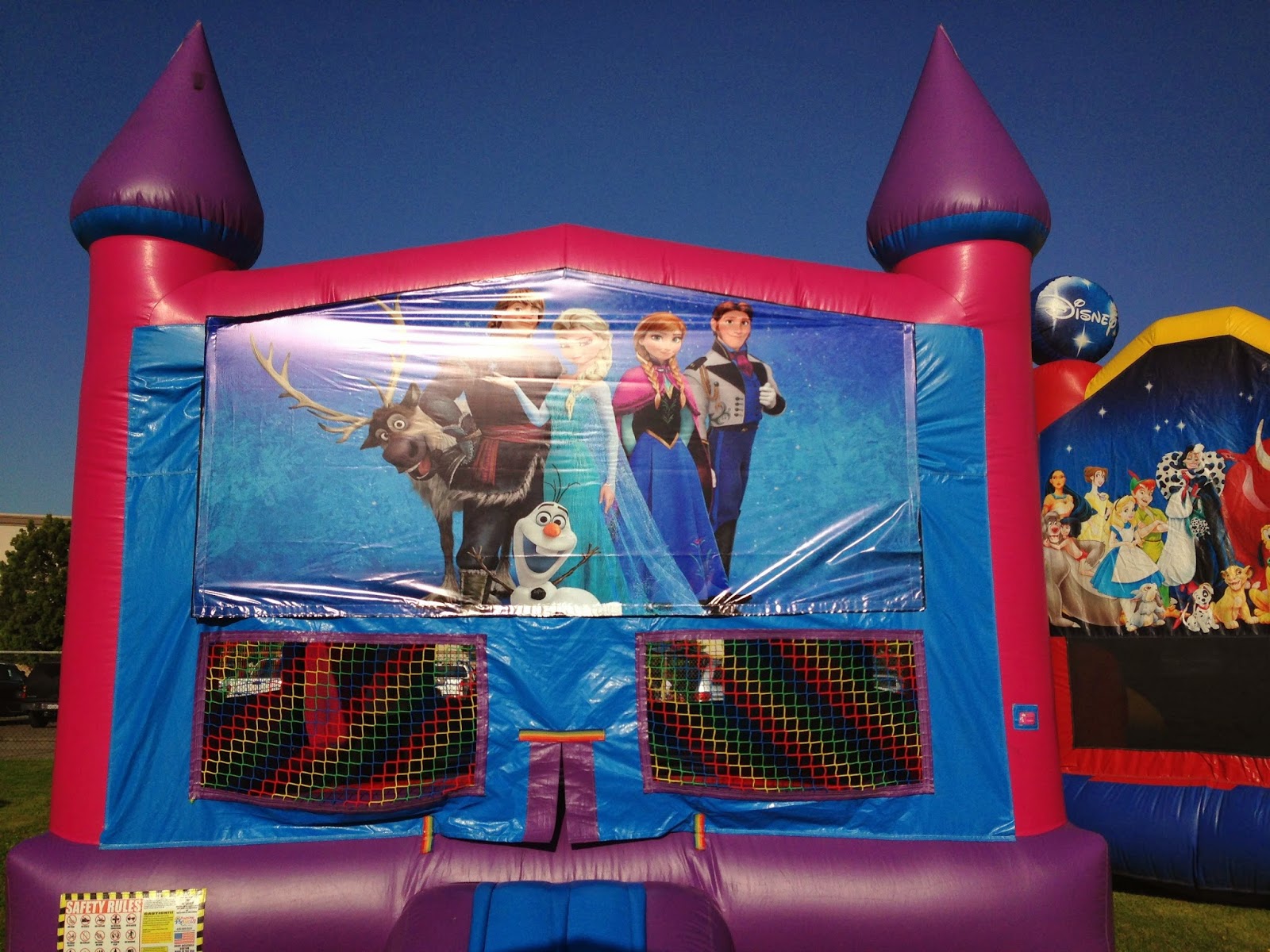 but because we'd timed it to coincide with when the kindergarteners and first graders were slated to do their thing out on the course, there was almost zero interest in it.  this gave me the chance to run over to the course and watch the bean go through the obstacles.

after a short dash from the start line, there were tires to run through. 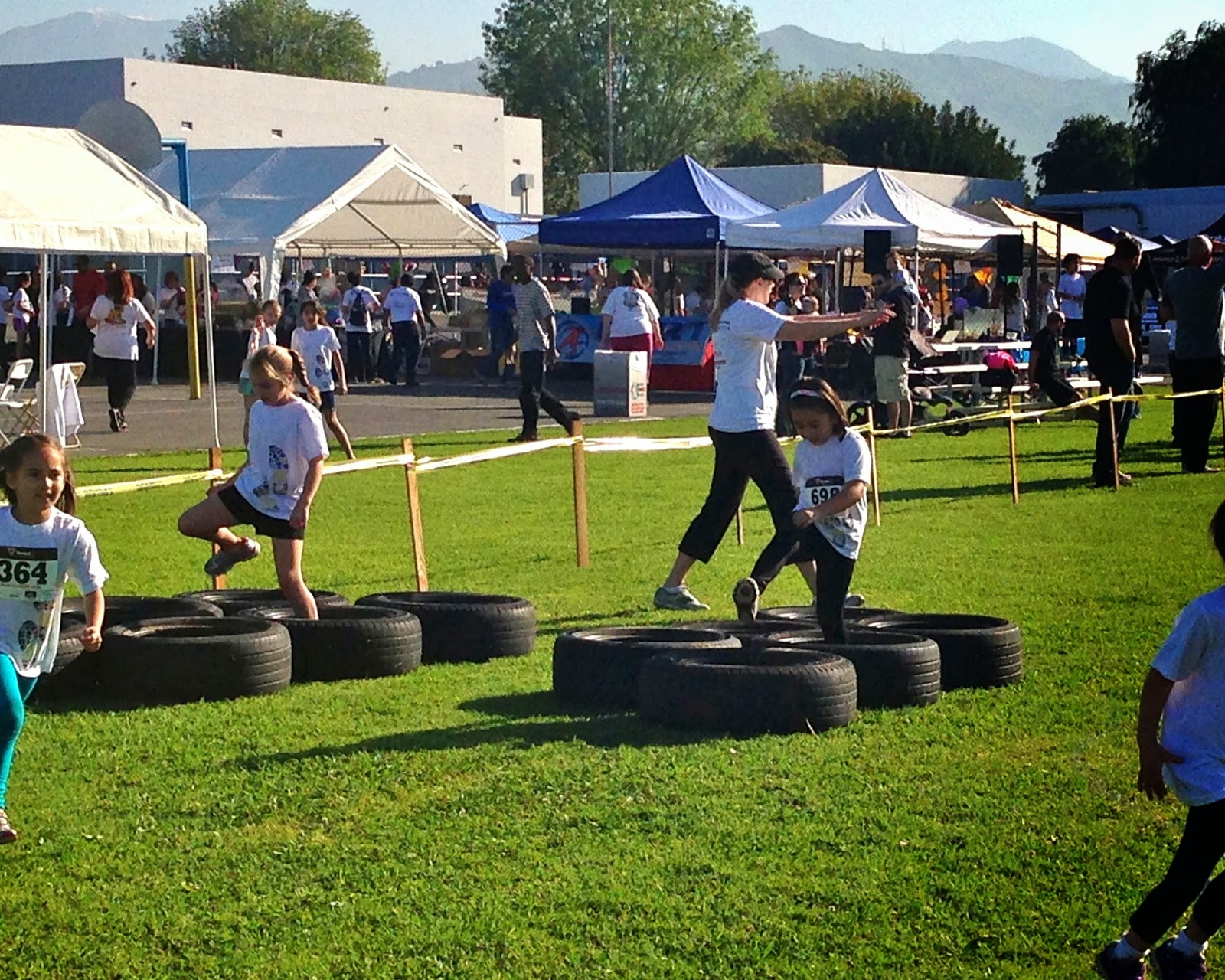 next up, a low belly crawl. 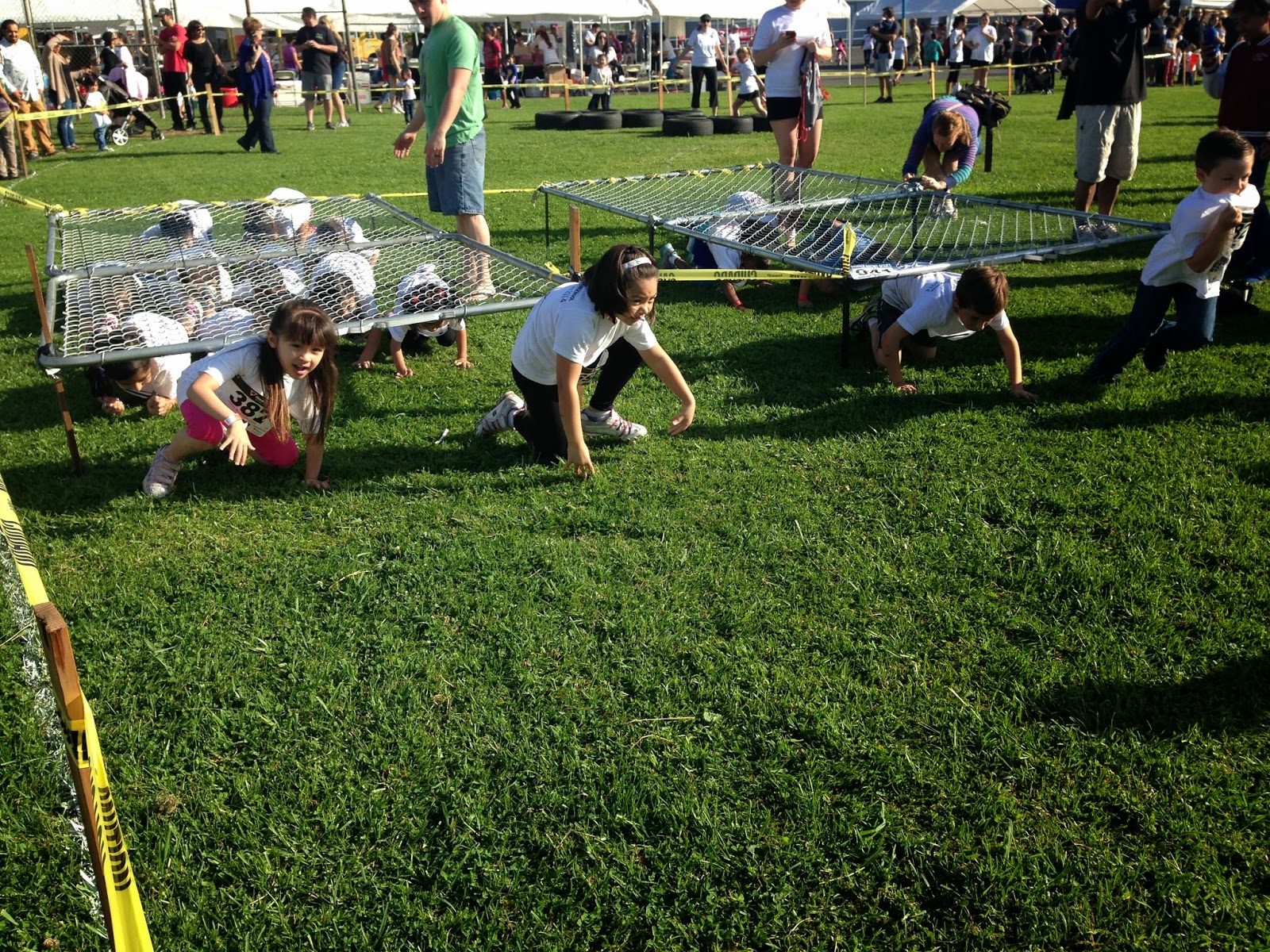 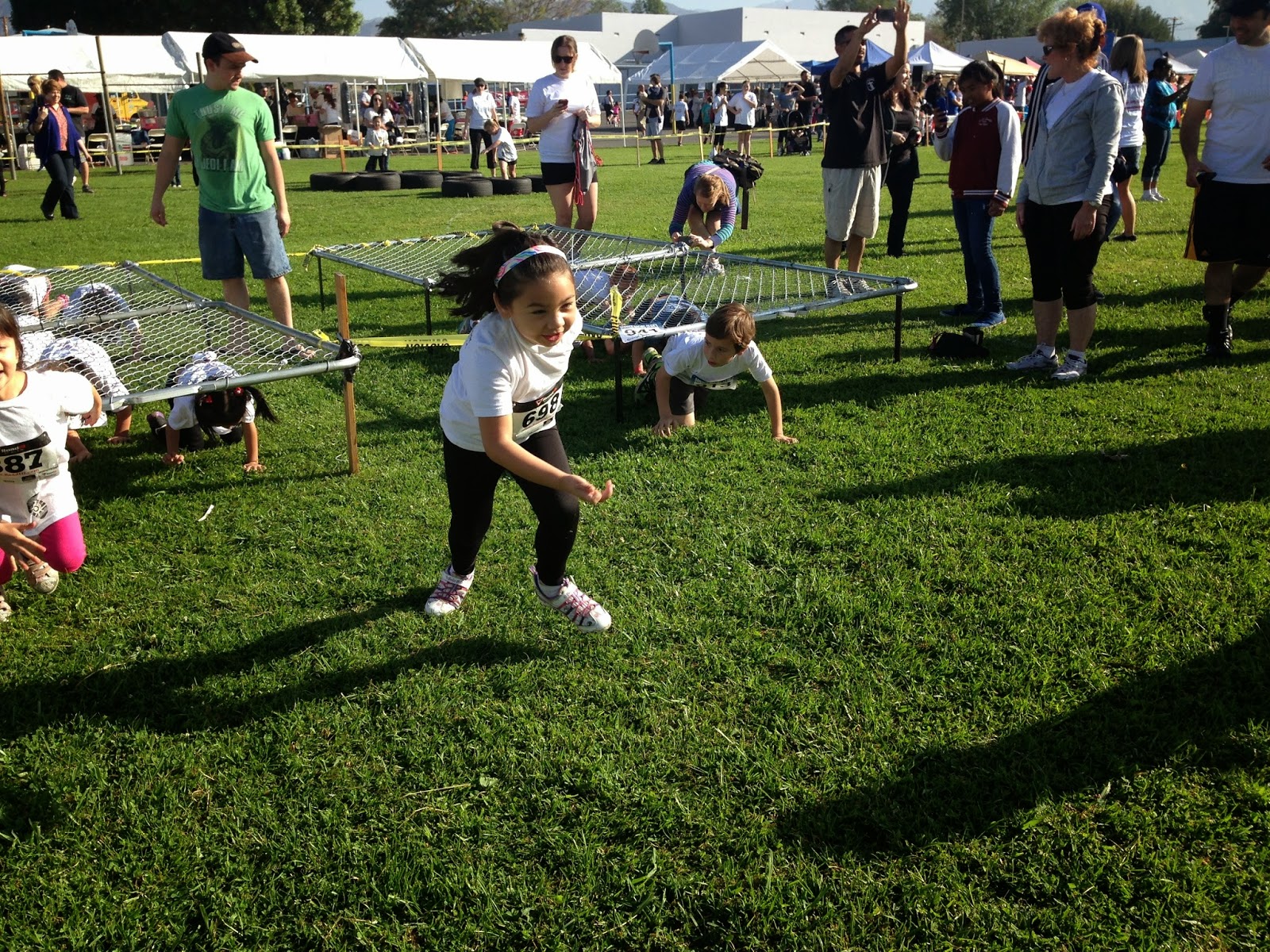 her gymnastics training kicked in for the trek across a balance beam. 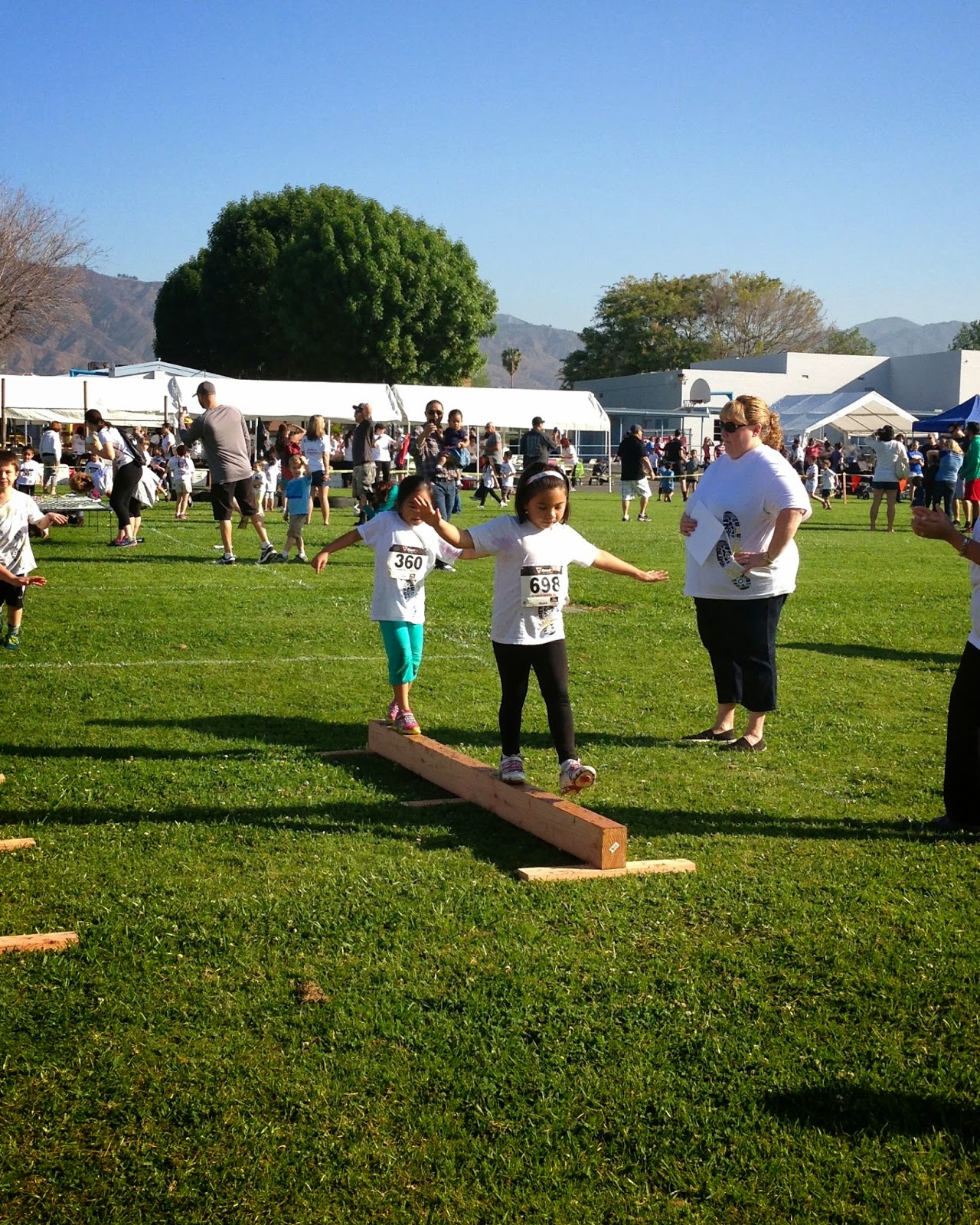 then there was this rope maze thingy to crawl under and climb over. 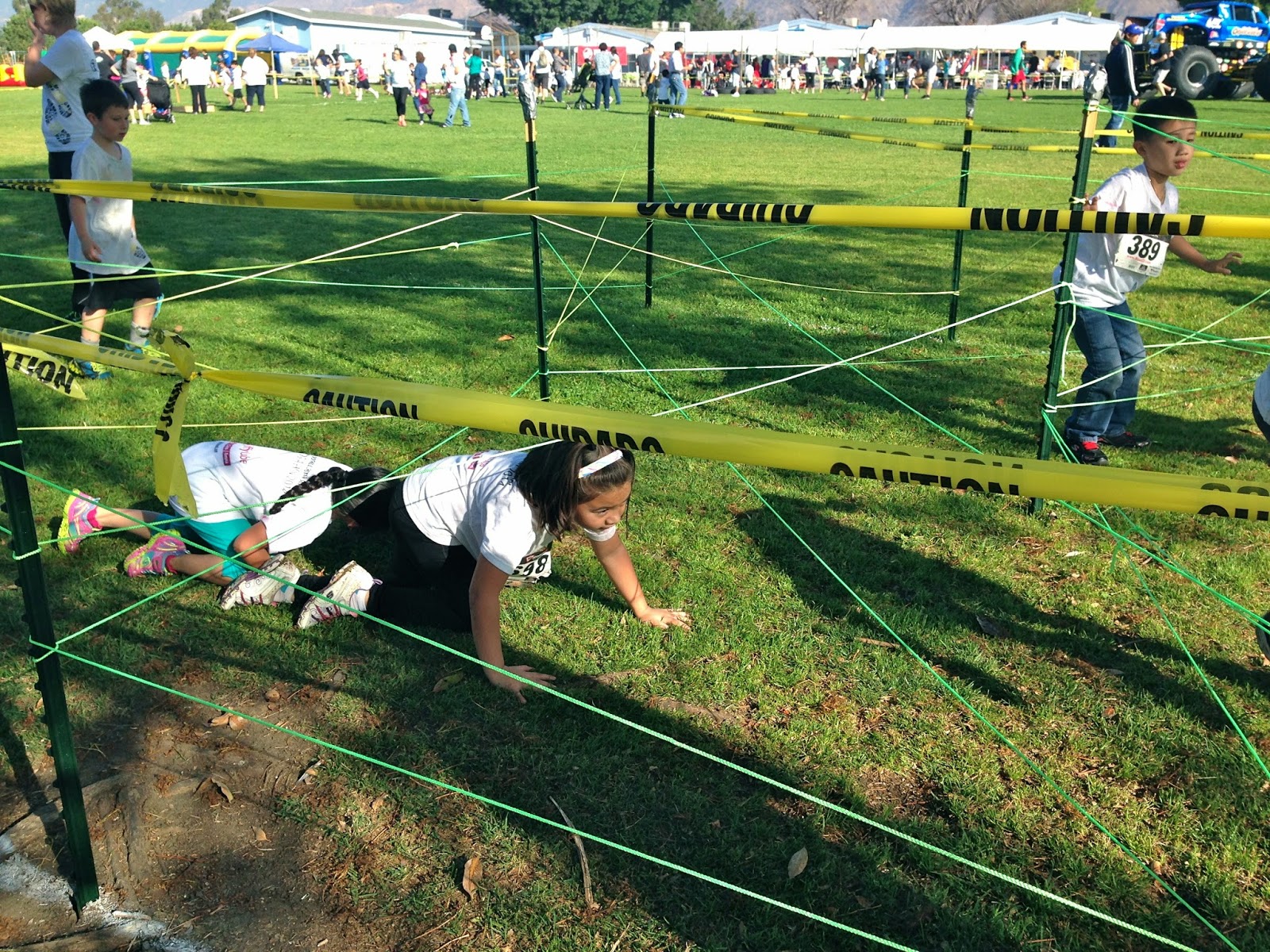 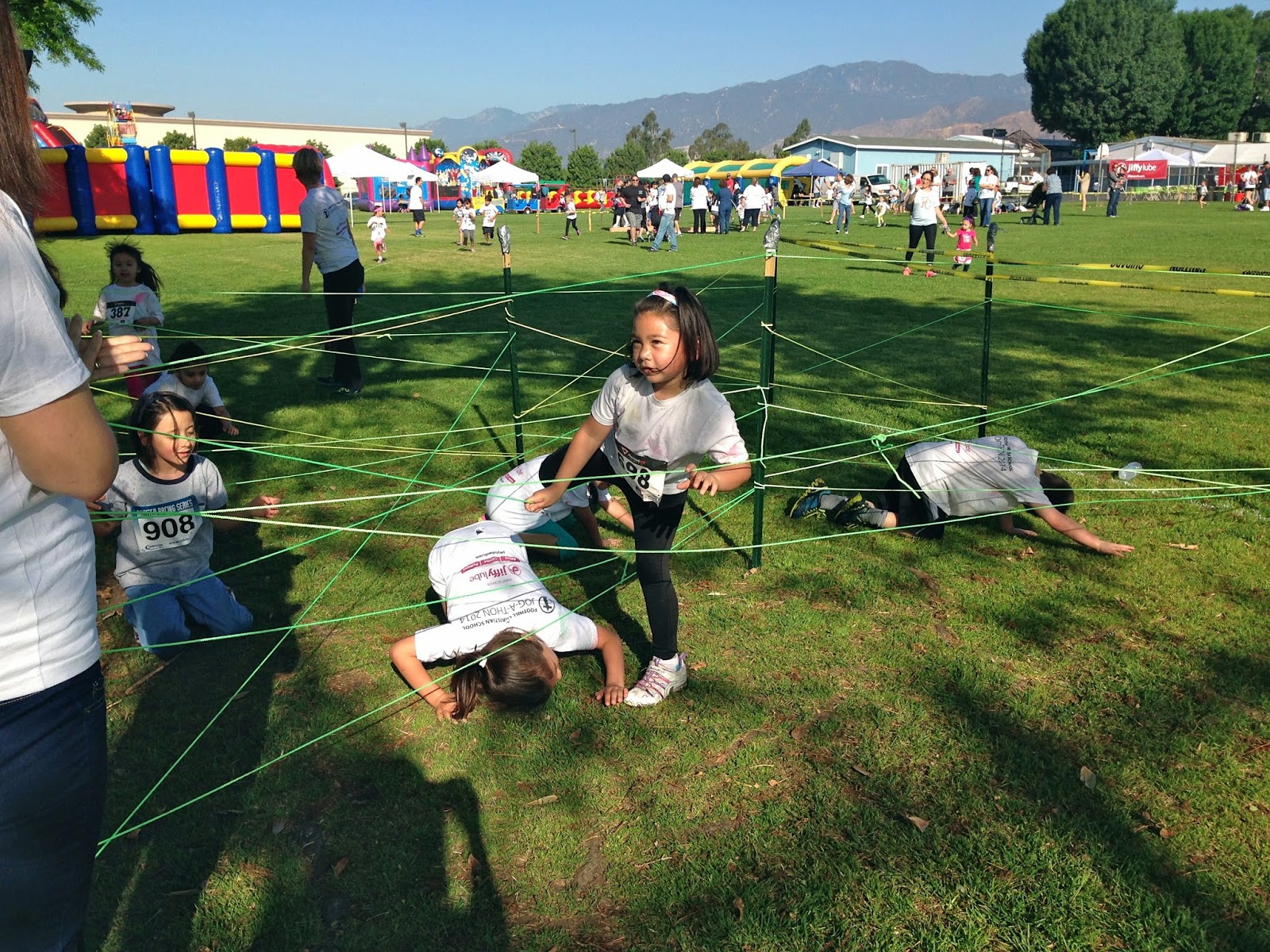 about fifty yards beyond that, they were to hop on one foot ten times on each side. 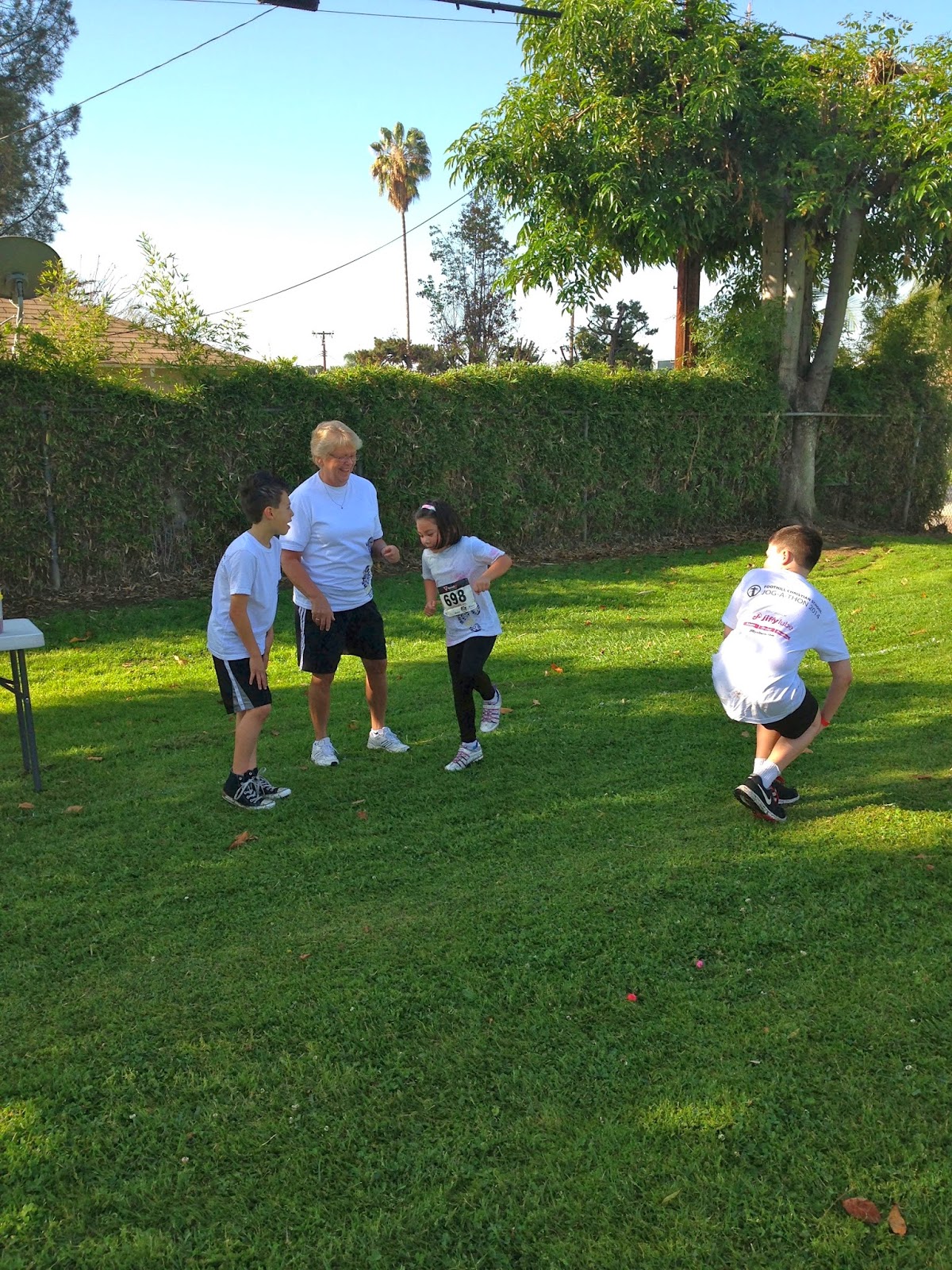 then another little run around a backstop towards the jump roping area.  this is where it got hairy, with all those kids whipping those ropes around as they jumped ten times and then flung them back as they continued on. 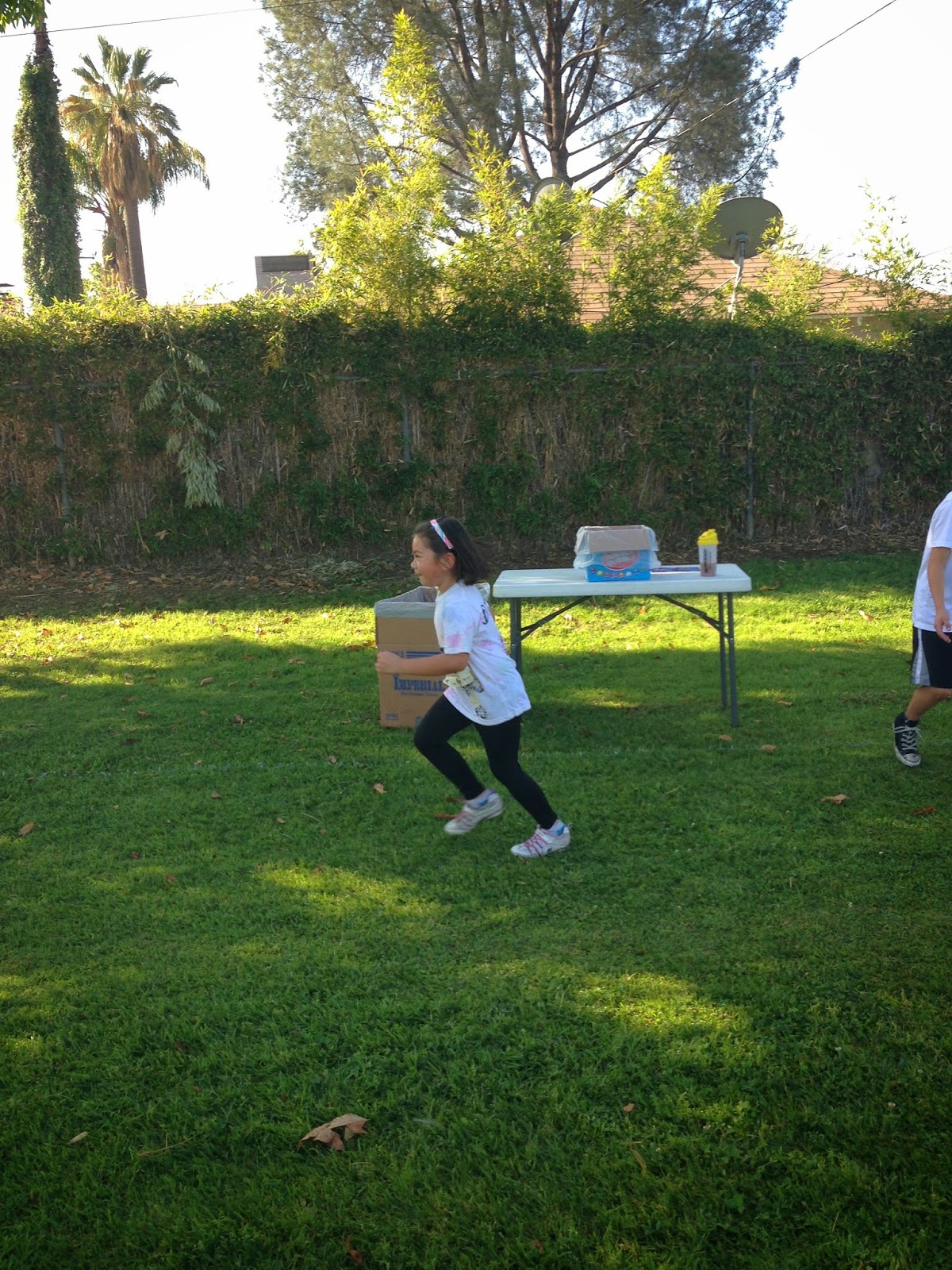 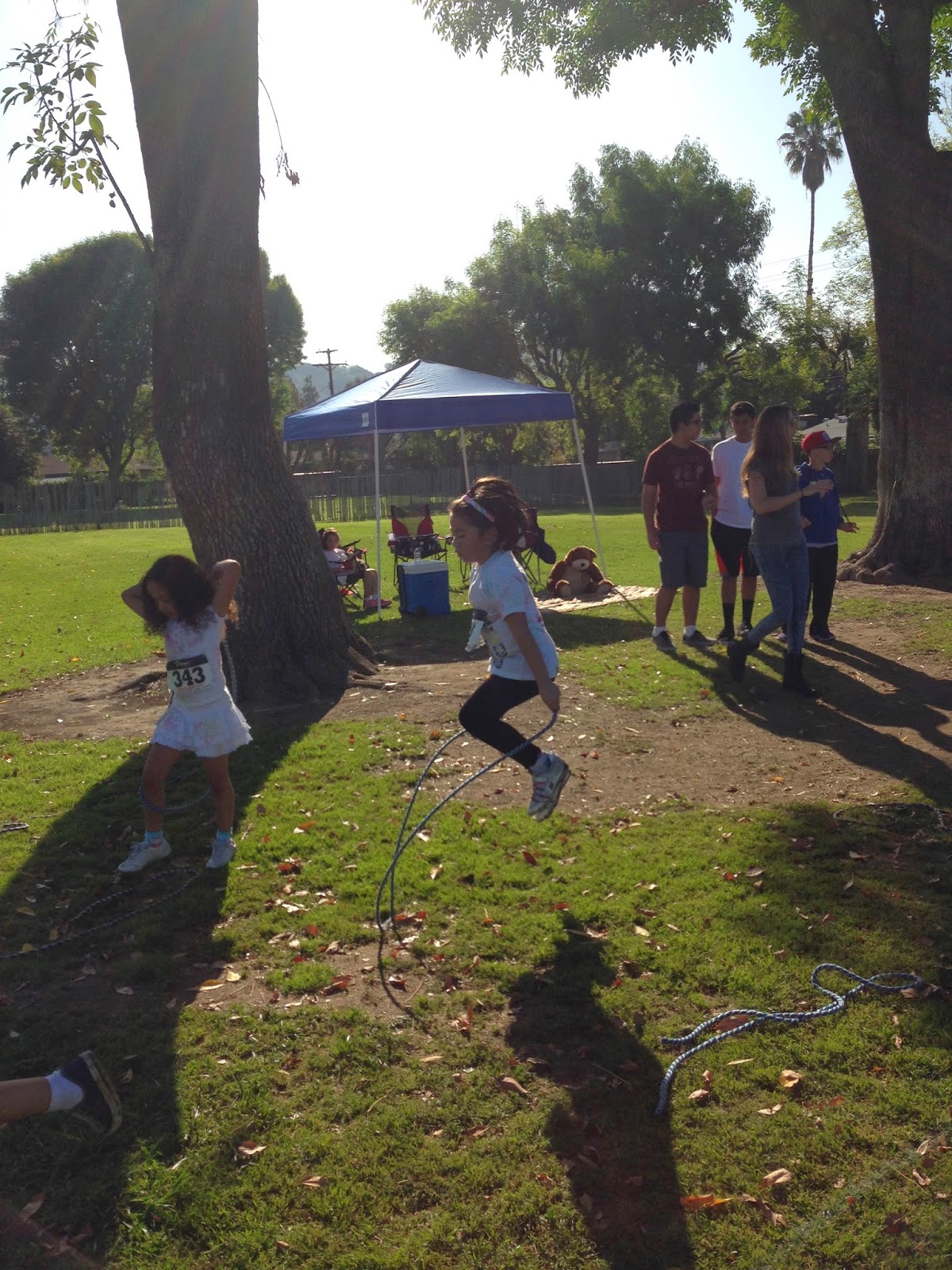 there was a second rope maze thingy to get through. 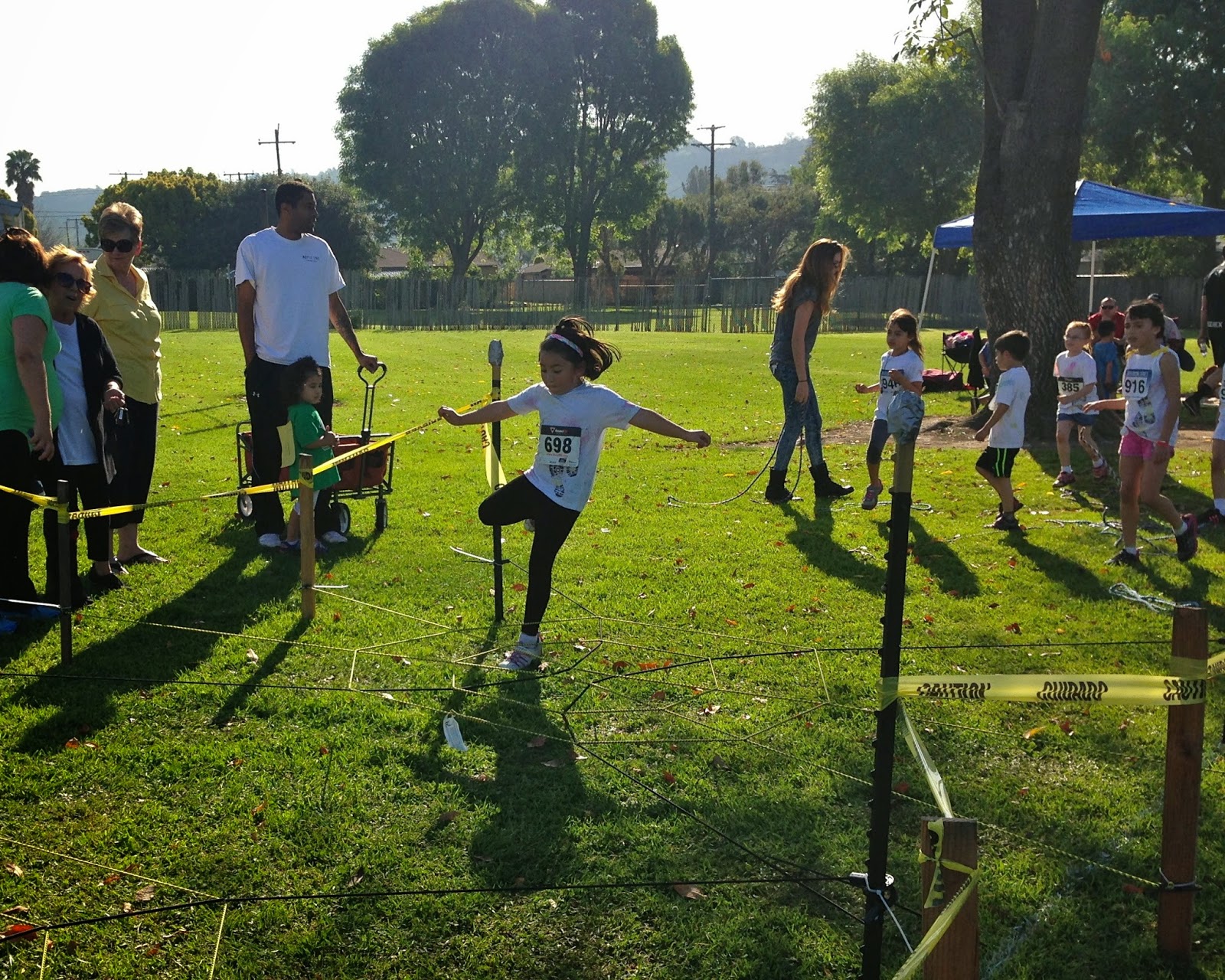 and then their version of a "color run" - volunteers armed with squirt bottles full of colored water sprayed them down as they scampered past. 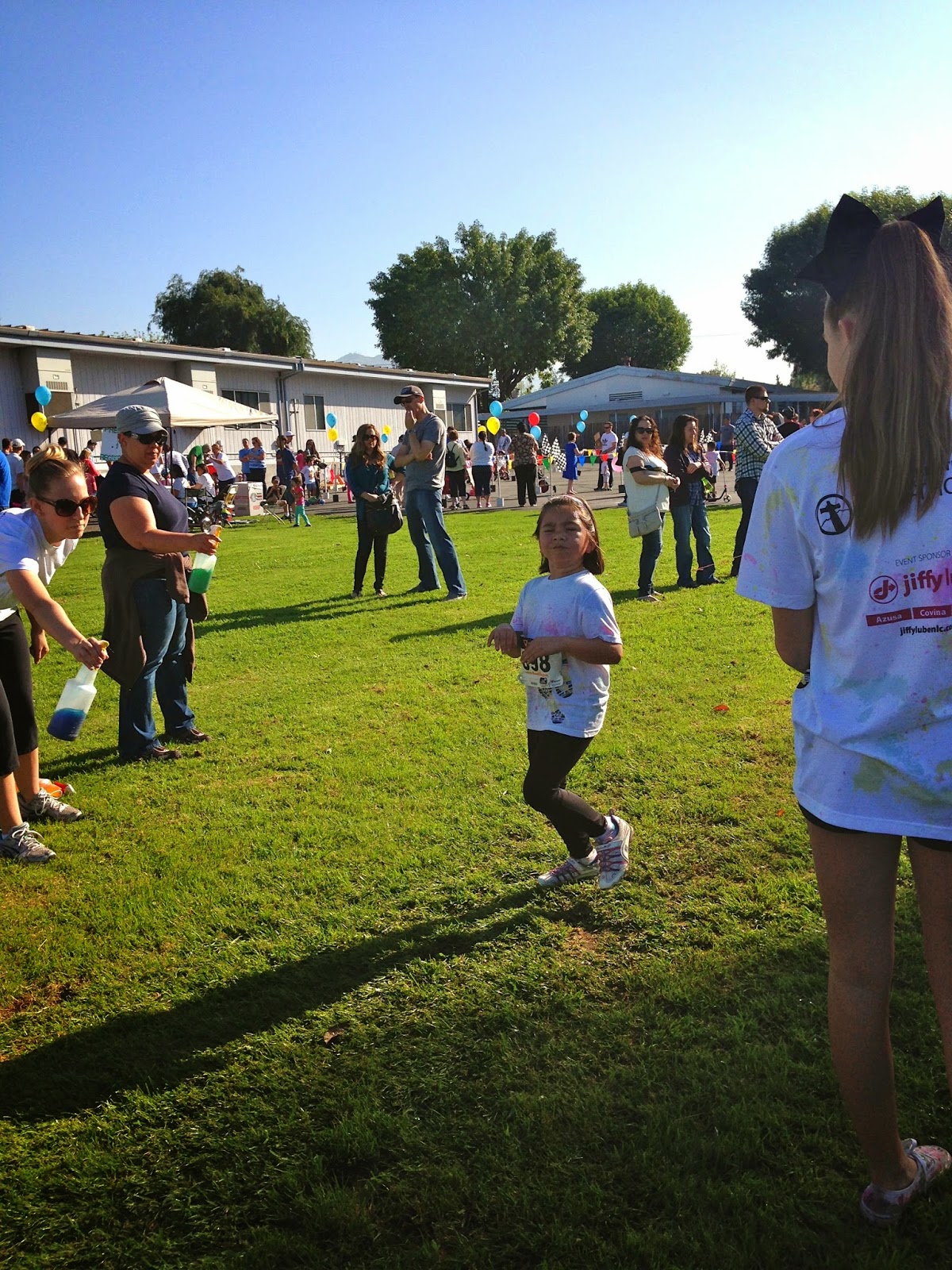 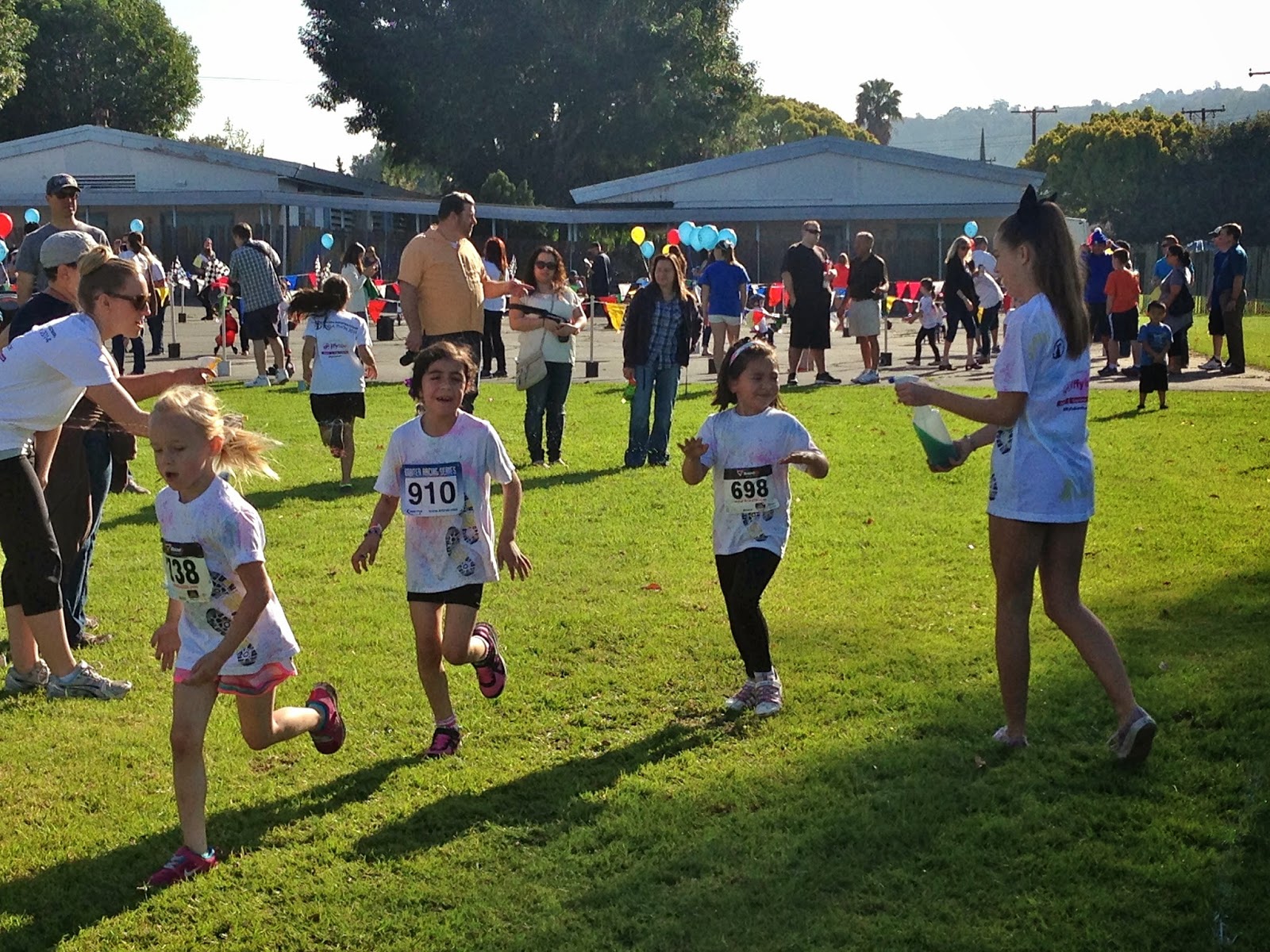 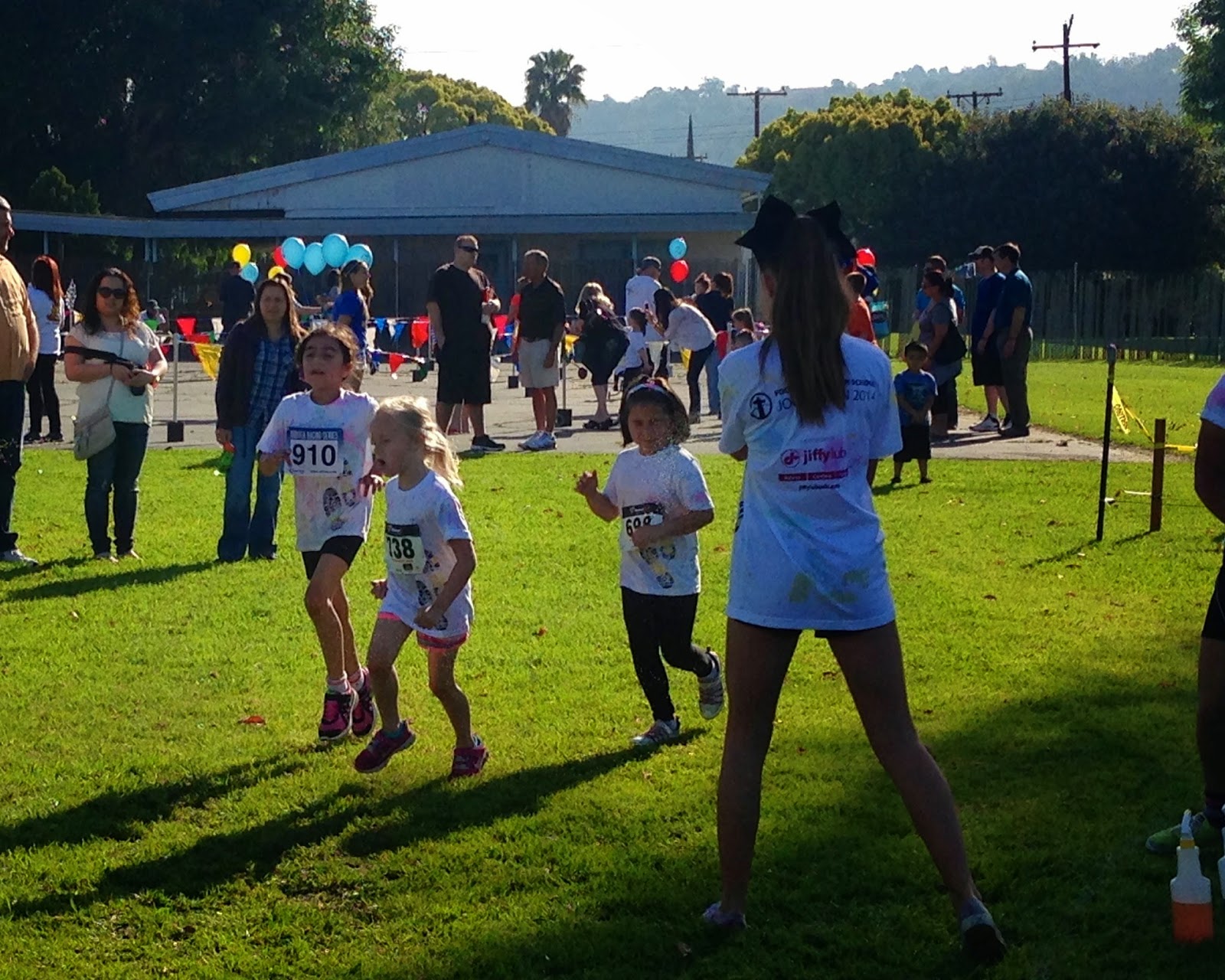 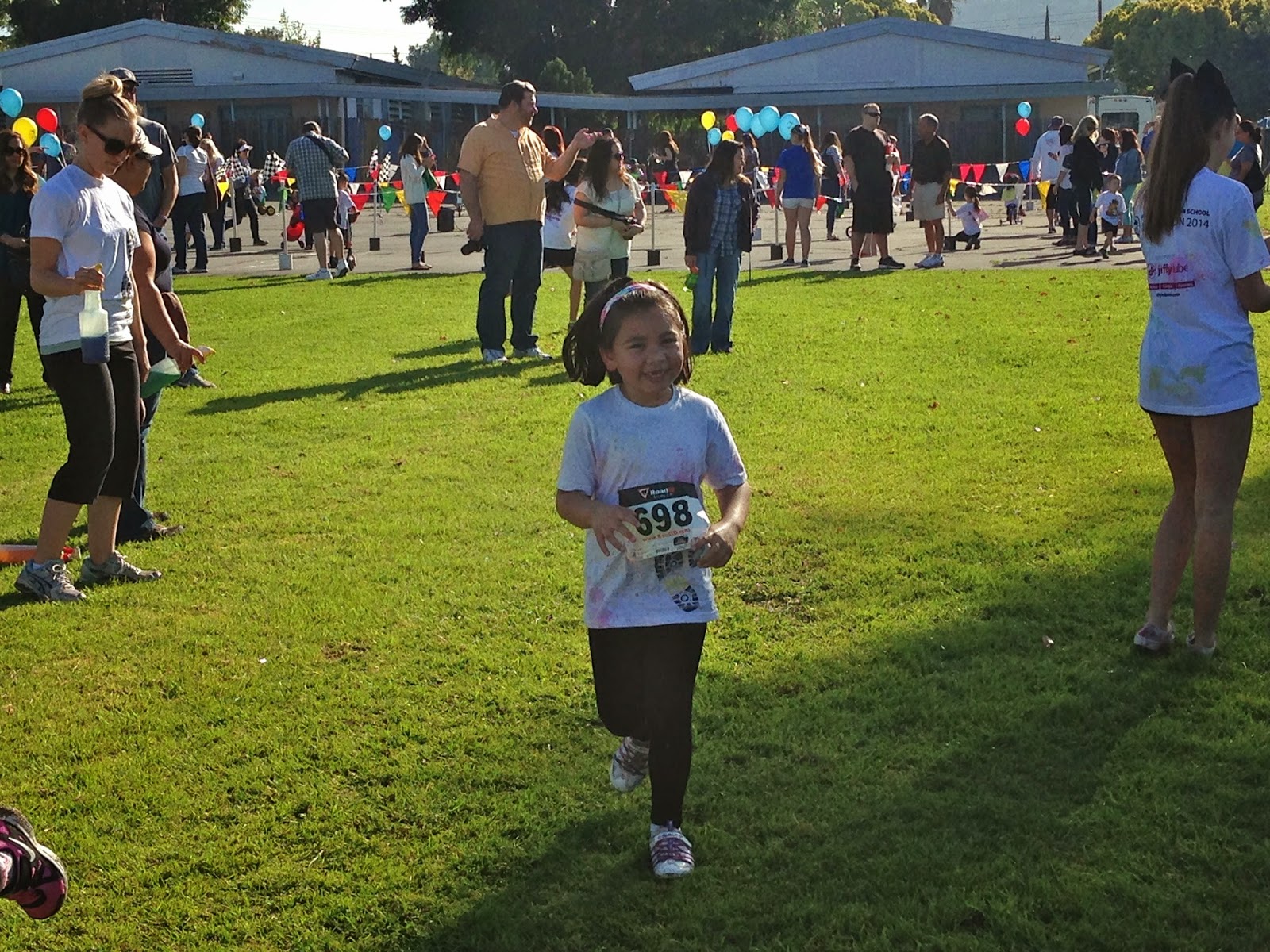 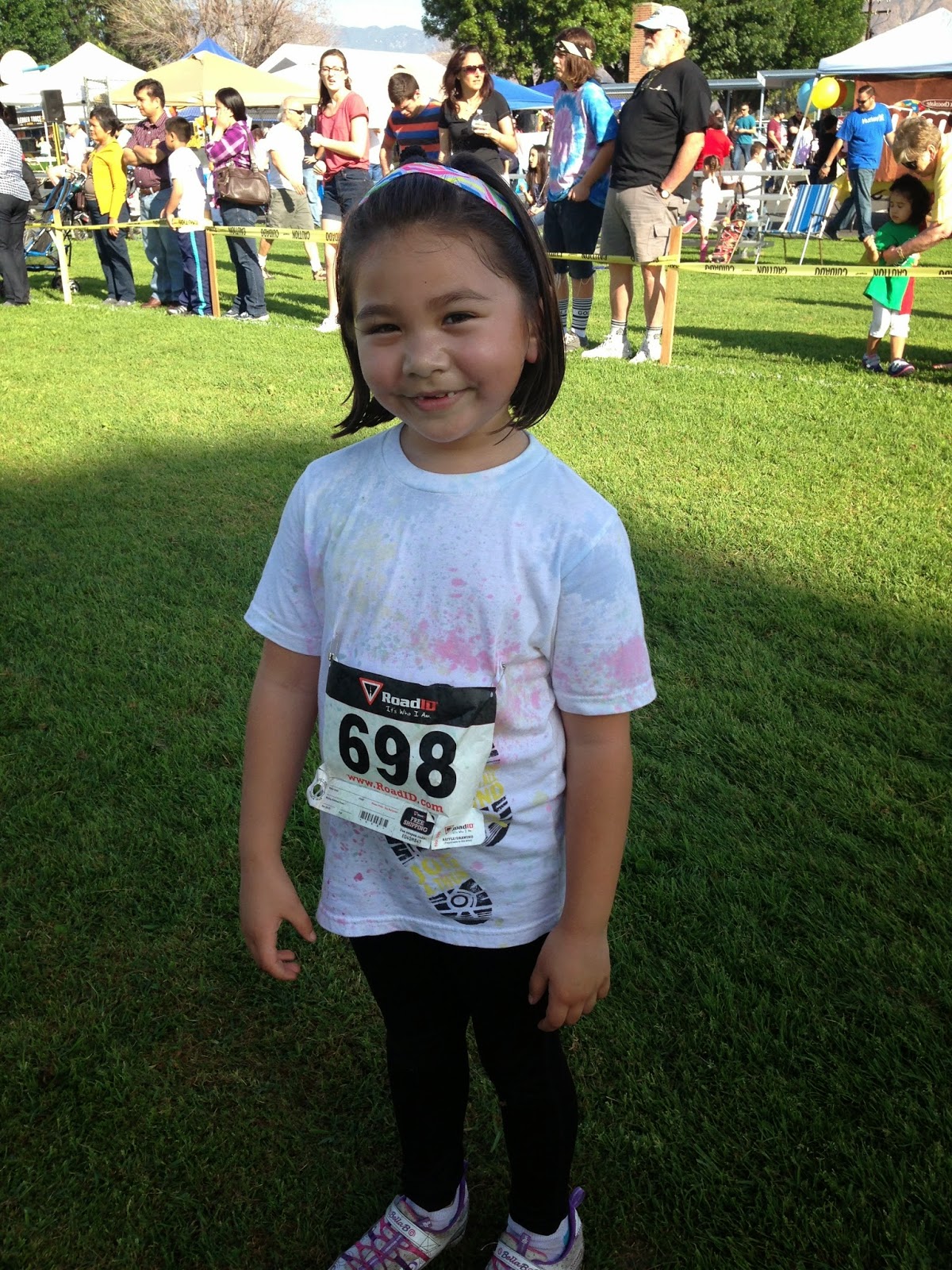 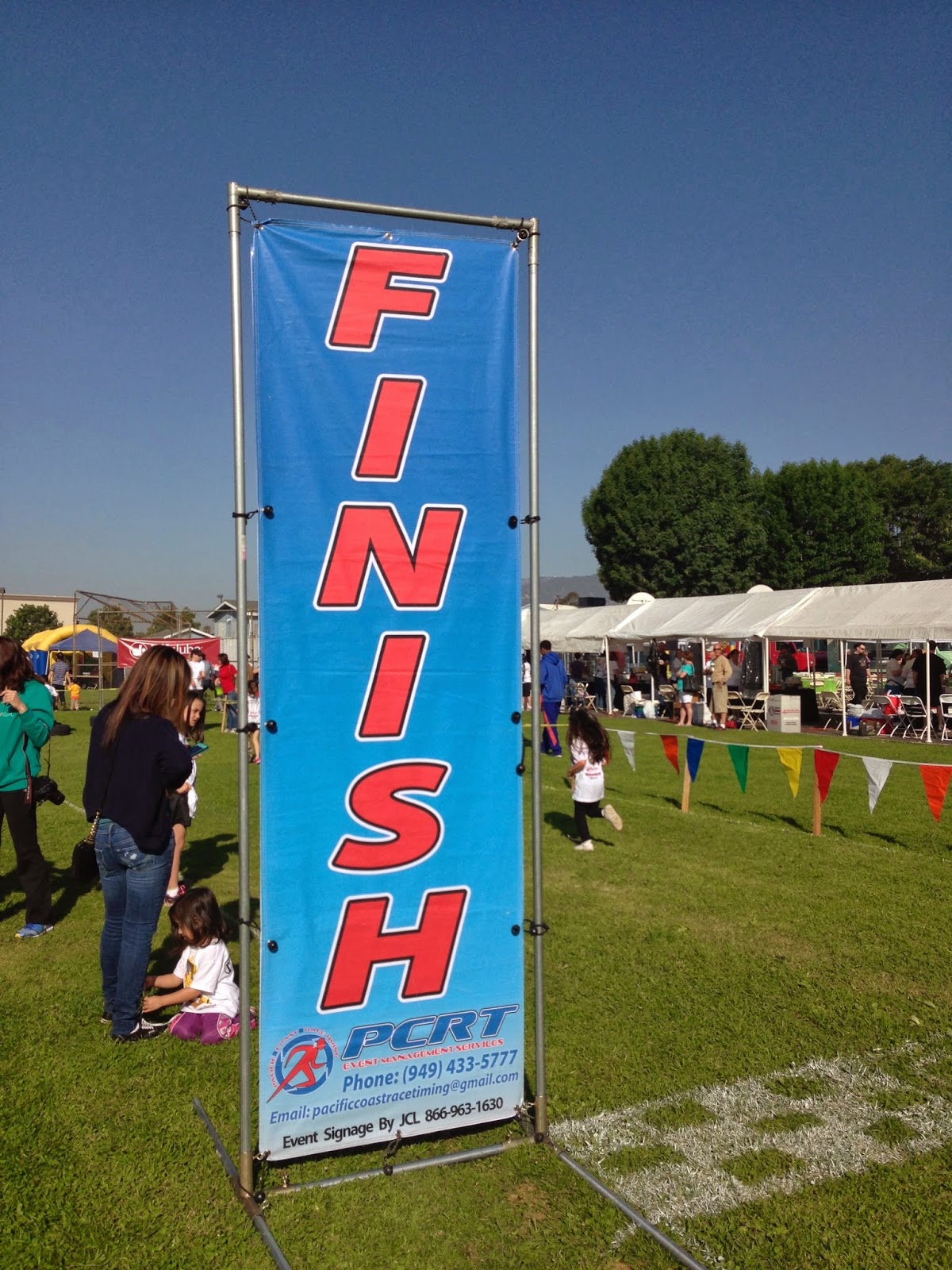 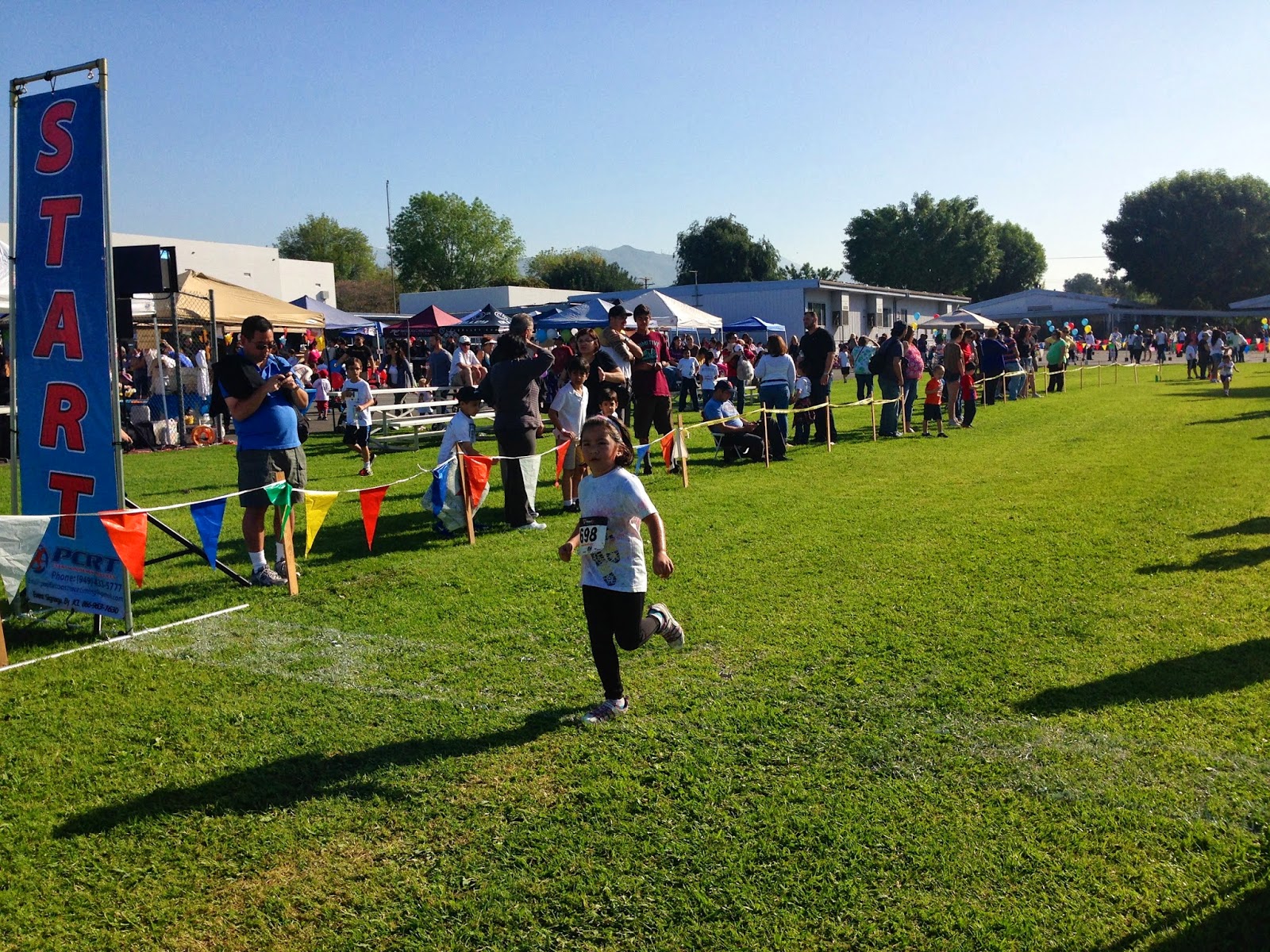 perfect time for a water break. 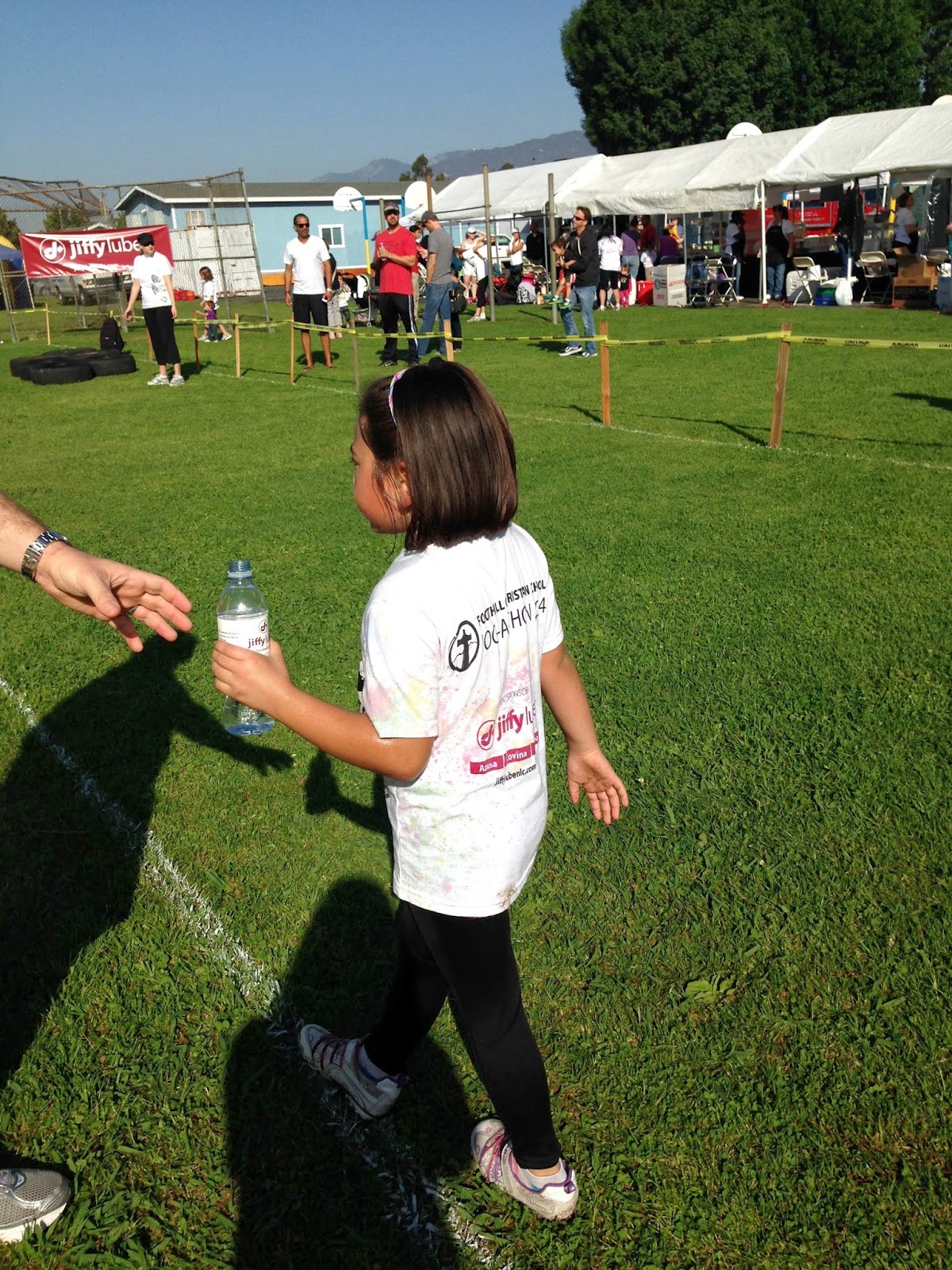 i don't know how many times she went around, but she worked her little butt off and did quite a few laps.  she was good and sweaty by the time their wave was over, and totally earned herself a snow cone. 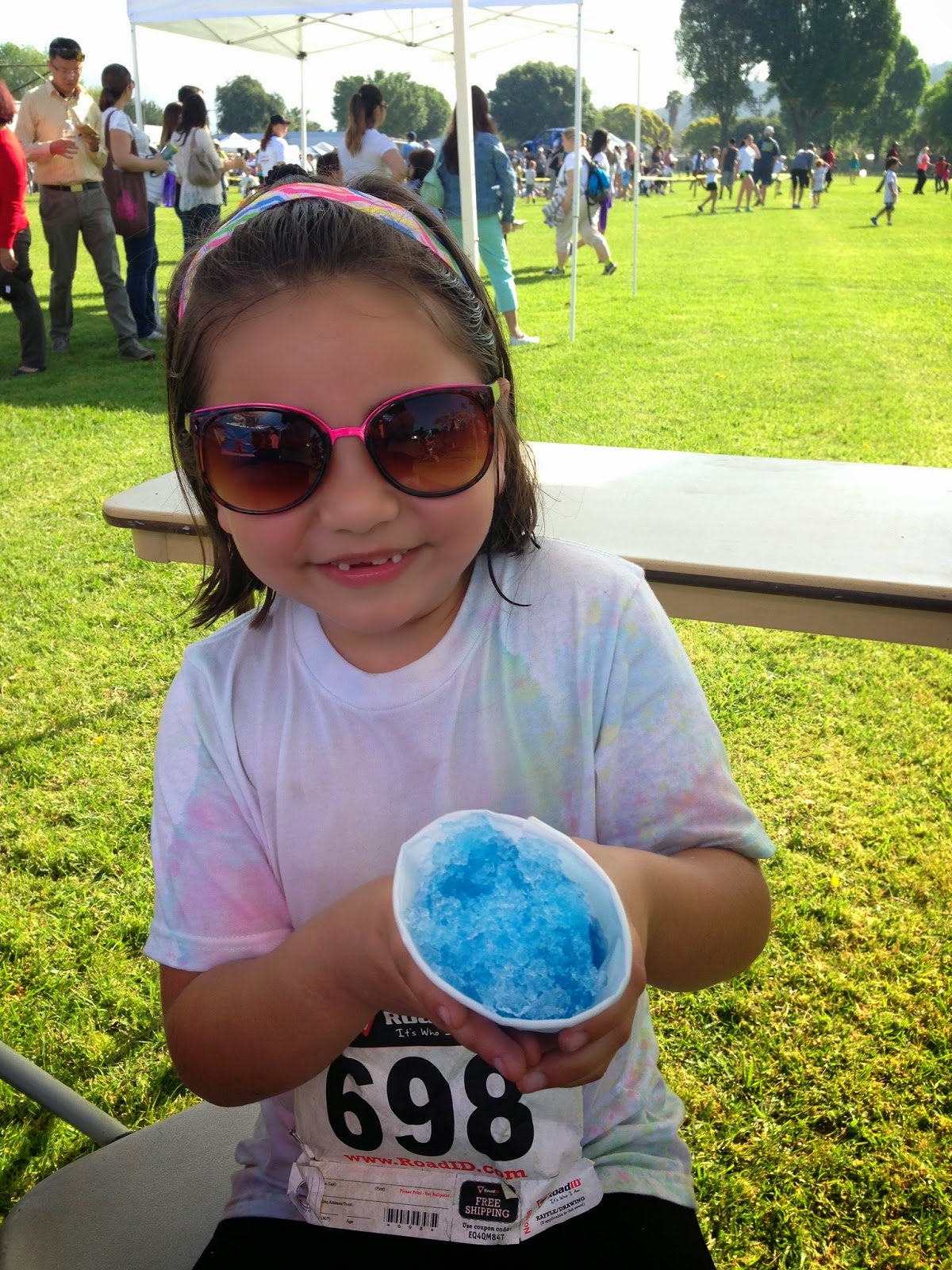 meanwhile, the teen and i did our best managing the hordes of kids that eventually descended upon us.  the ticket box finally got some use. 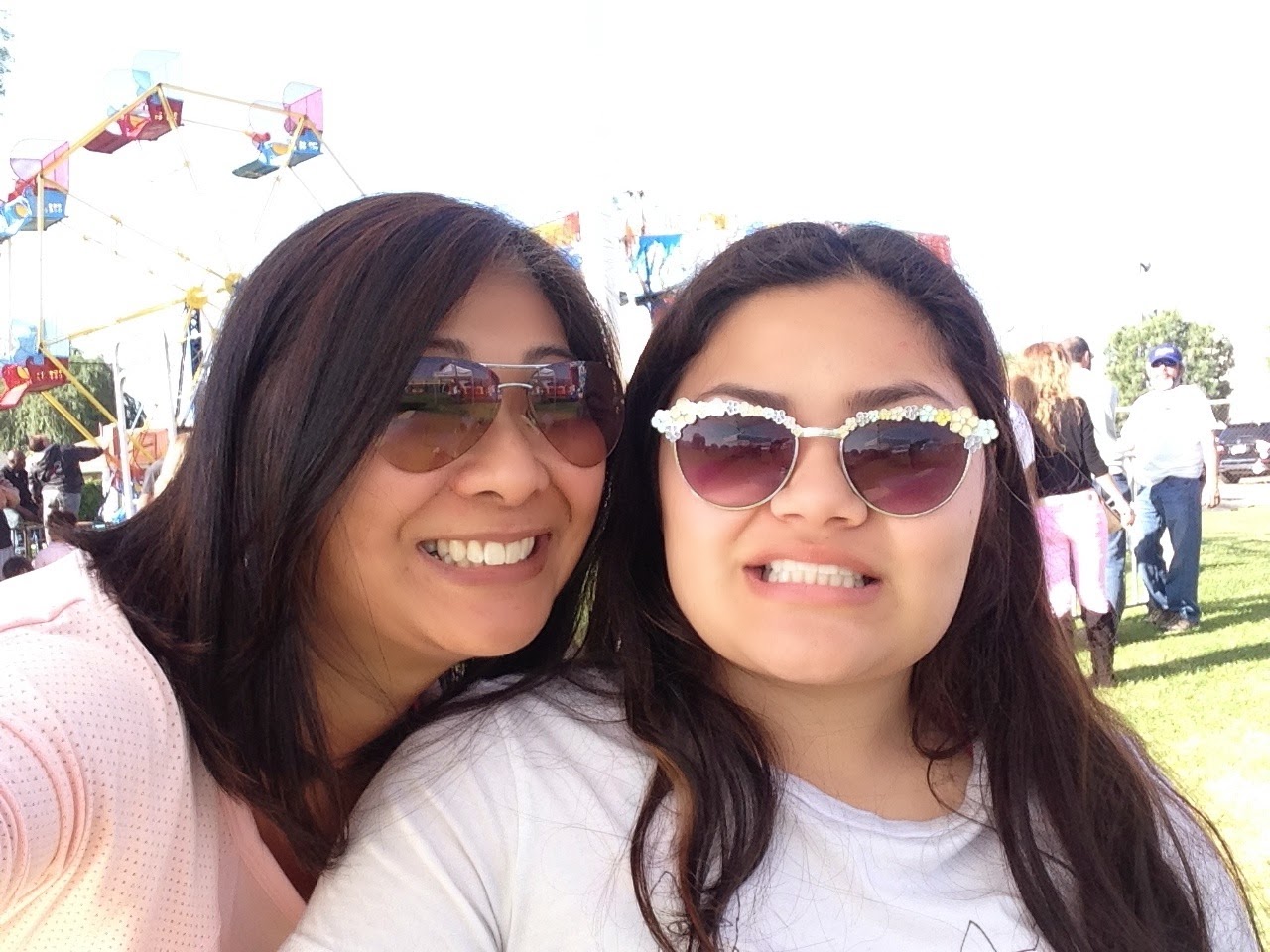 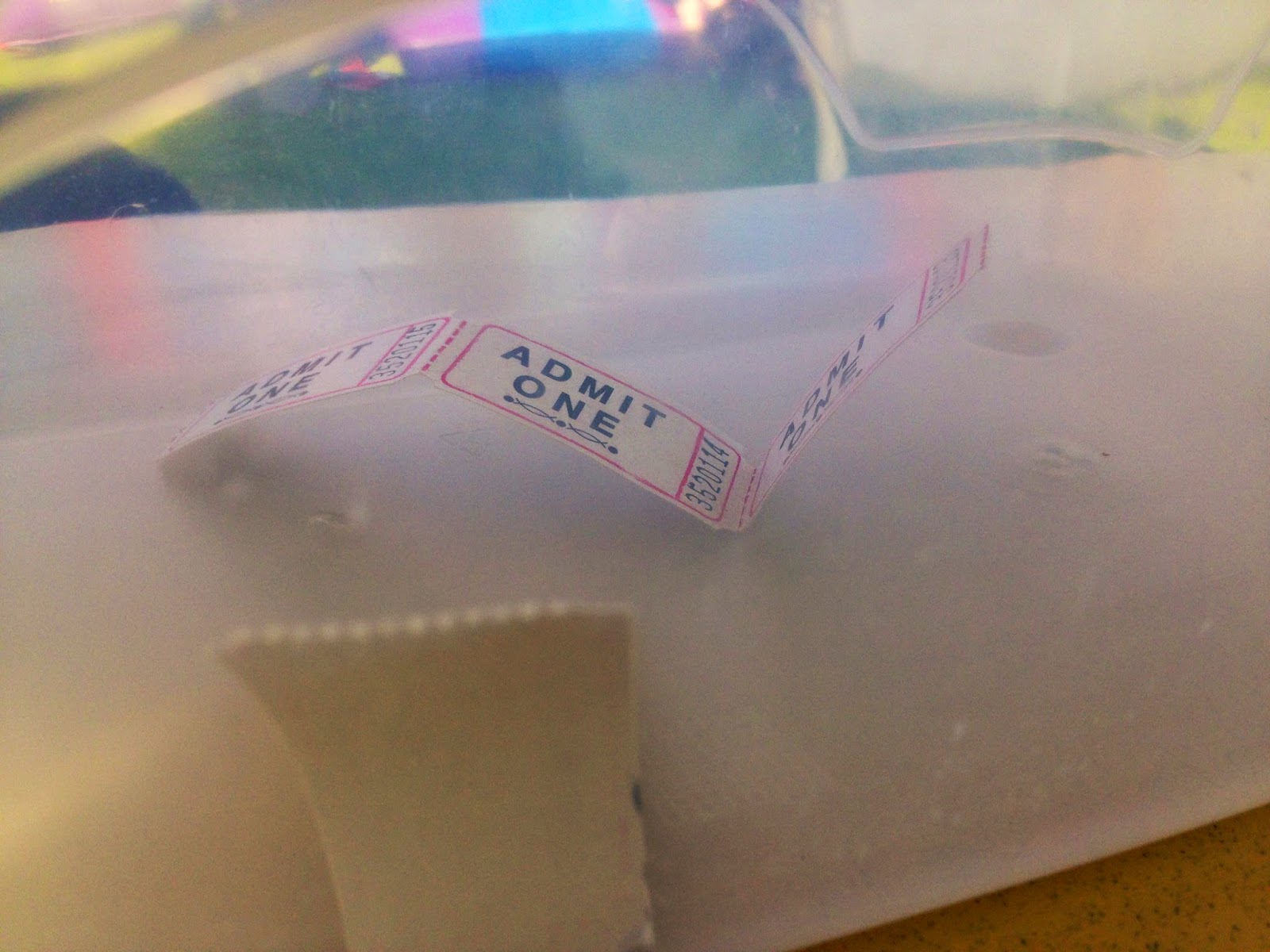 while the bean didn't end up winning the grand prize - a trip for four to the bahamas - one of the girls in her class did.  out of the whole school of K-8th graders, that's pretty darn good.  she did manage to earn herself a t-shirt, a sweatshirt, and a day off from school.

we're already planning on hitting disneyland that day.  i mean, we might as well make the most out of an unexpected free day, amirite?
at March 21, 2014

Email ThisBlogThis!Share to TwitterShare to FacebookShare to Pinterest
Labels: fundraising, the bean goes to school