for our may 5K, the hub and i did the live ultimate run in downtown l.a.  last year, it was in santa monica - which is fun since it's by the beach, but it's quite a trek from our house out in BFE.  i was pretty happy to have a much shorter drive, especially since the hub was tired from his closing shift at the cigar lounge the night before.

we'd cut it kinda close, with even more delays due to street closures, but still managed to get there on time.  across the street at staples, it's WNBA season.  go sparks! 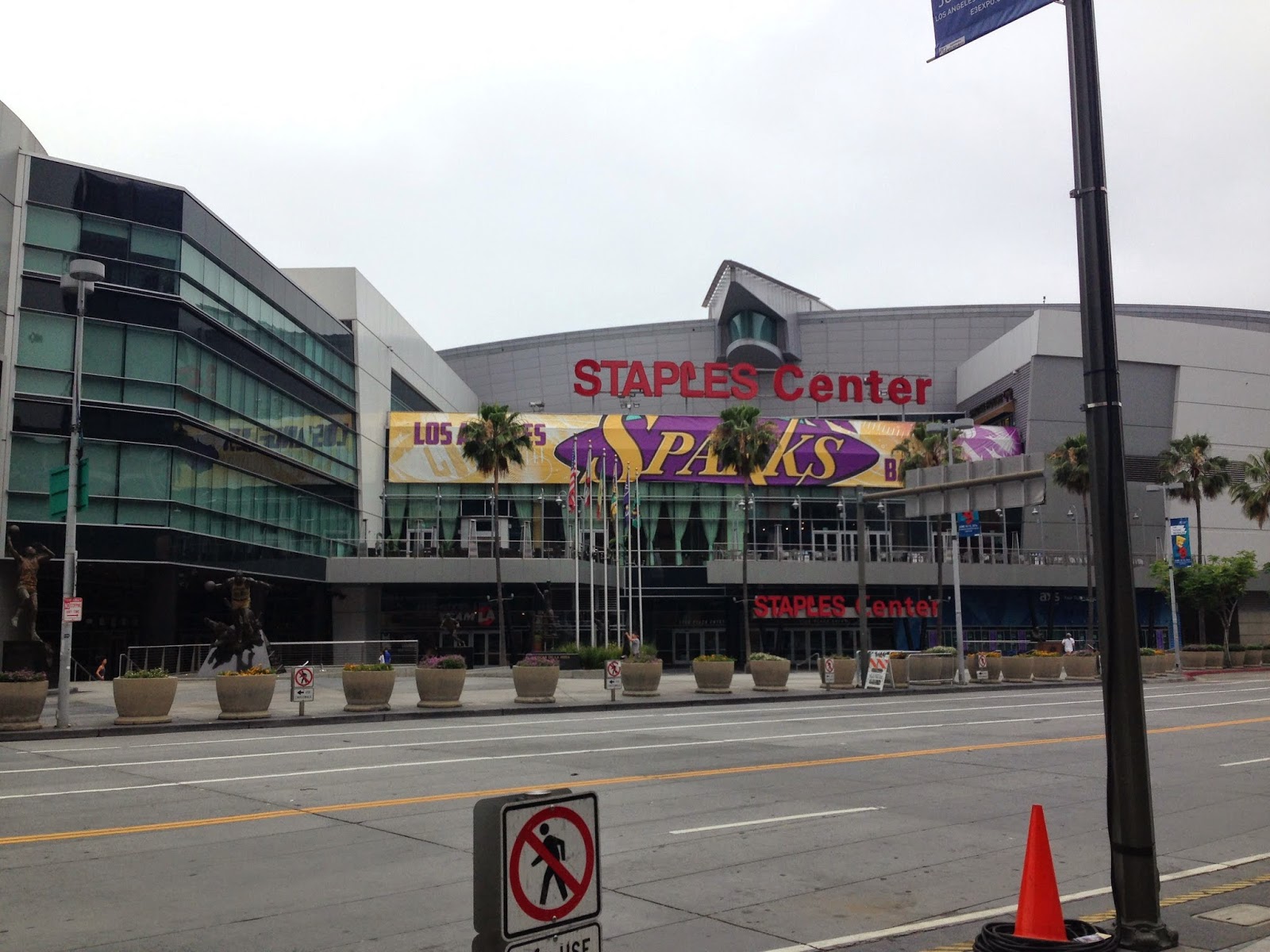 considering it was only 15 minutes till start time, i was really surprised at the small crowd of folks present for this race.  there was a quarter marathon in addition to the 5K, plus the presence of olympian ryan hall, who also holds the u.s. record for a half marathon at 59:13.  that's nuts. 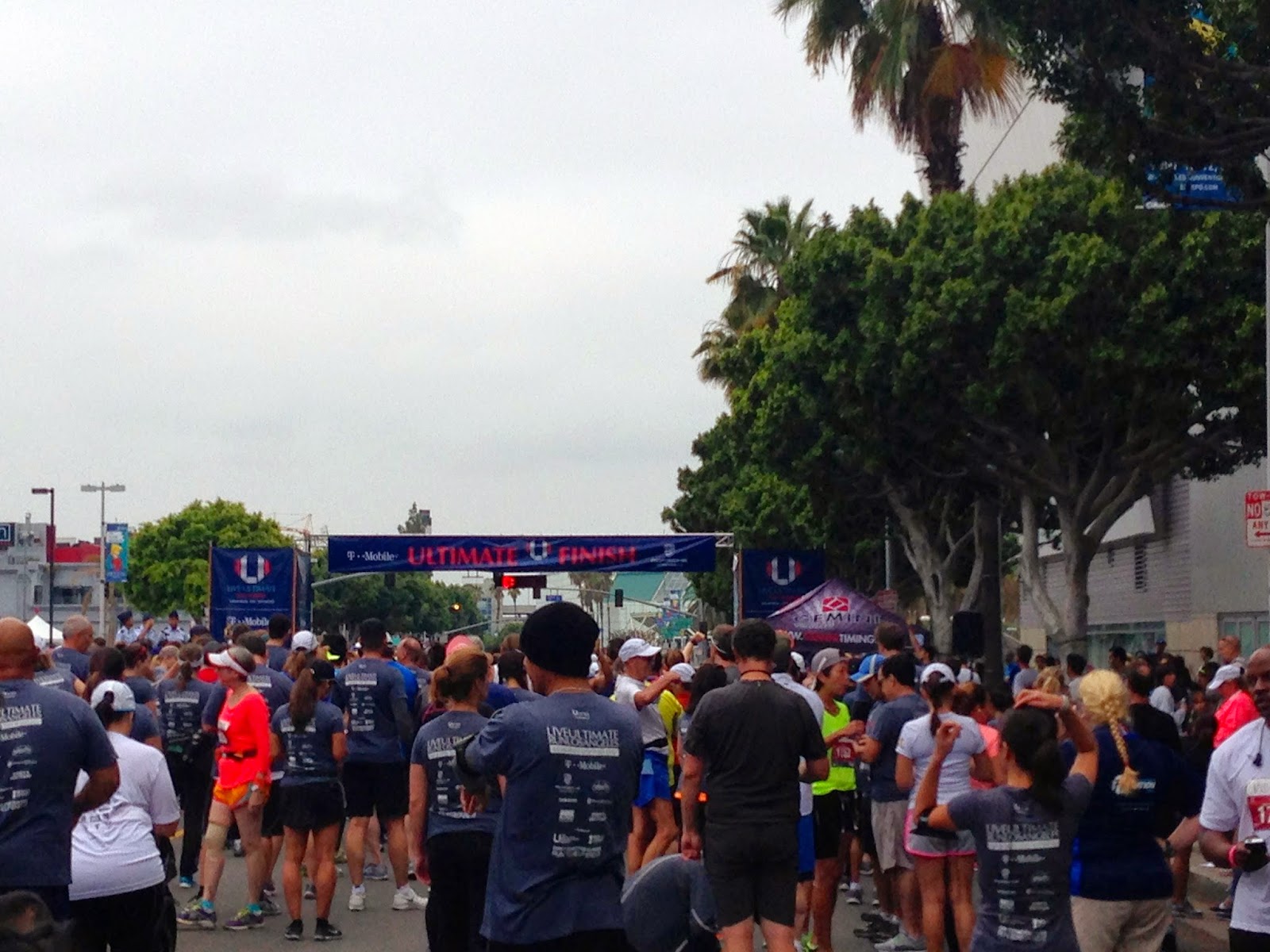 we didn't have much time to kill before the national anthem was sung and the gun went off.  i hadn't actually gone out for a run in two weeks, so i was pretty rusty.  the hub was ahead of me for the first half of the run, and as i caught up to him just before the turnaround i panted "i think this is gonna be the one that you finish first." 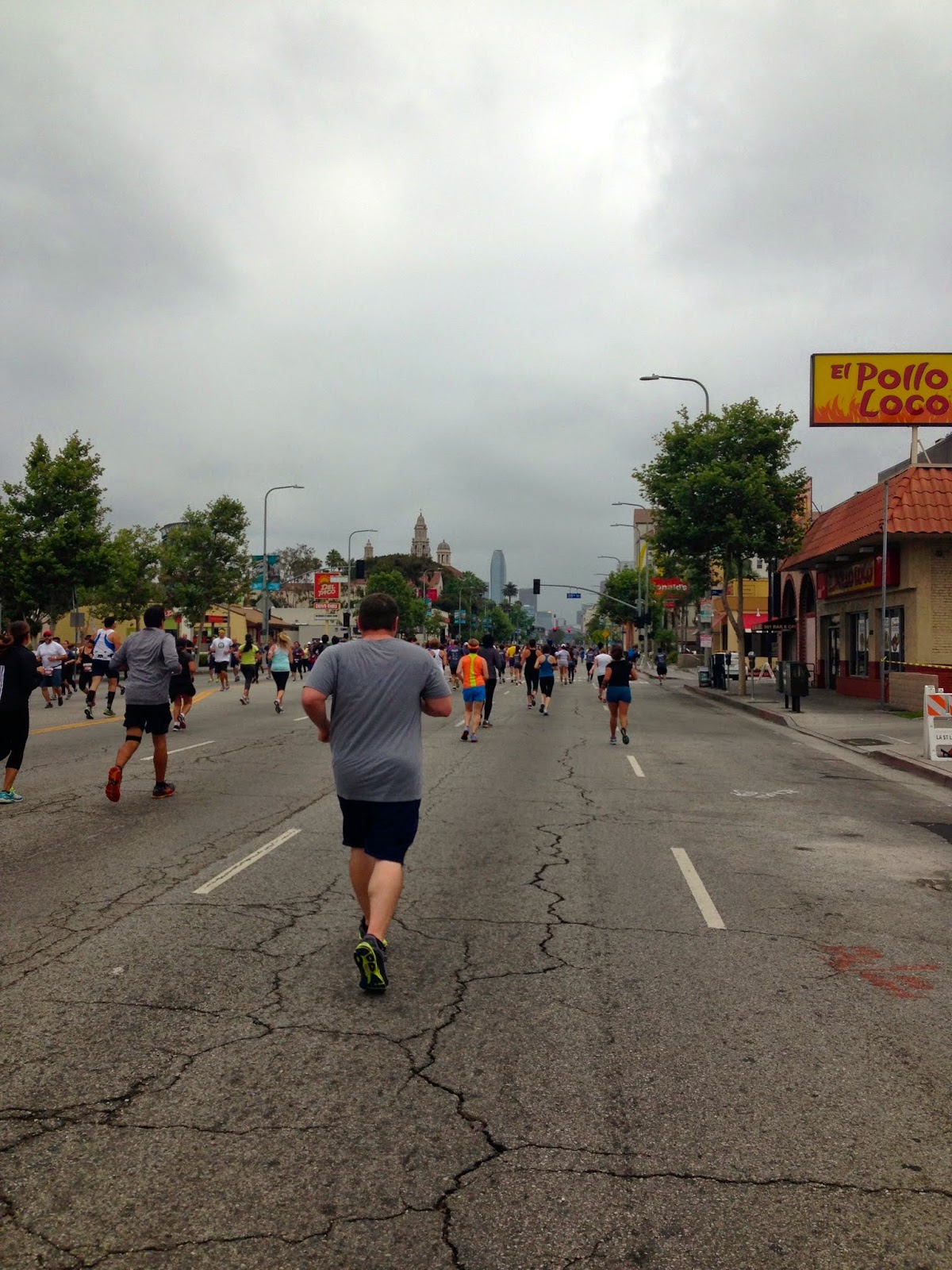 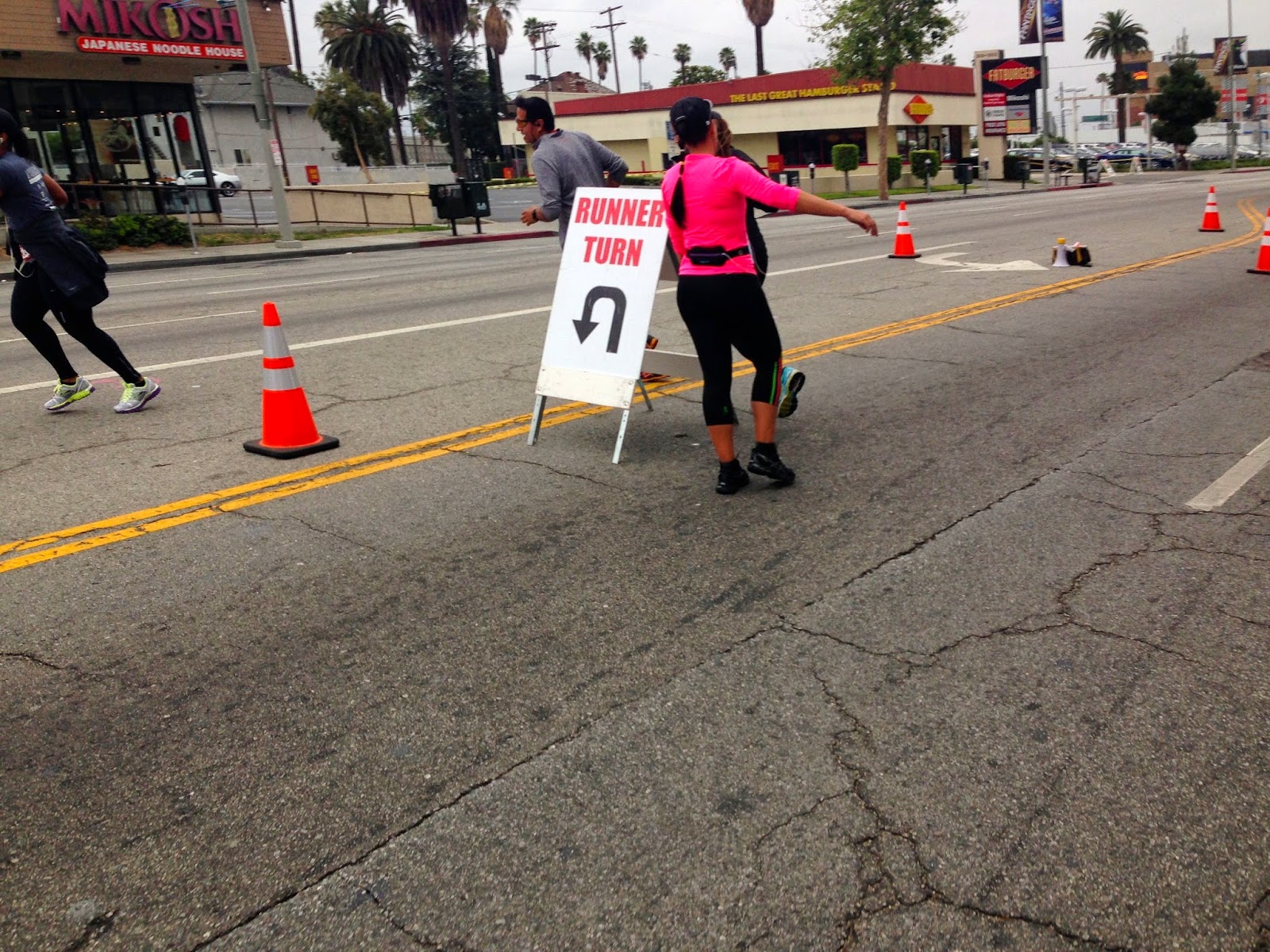 when we rounded that turn, he reached out and smacked me right on the ass.  like the child i am, i giggled like crazy and just kept on running.  later, when i posted pictures on facebook, one of my fellow team superheroes commented and said "oh!  so that's who slapped your butt at the turnaround!"  turns out there are cameras throughout the course - i think for timing purposes and to verify that runners are actually running it and not cheating?  i don't know.  either way, i thought it was funny that we'd been spotted. 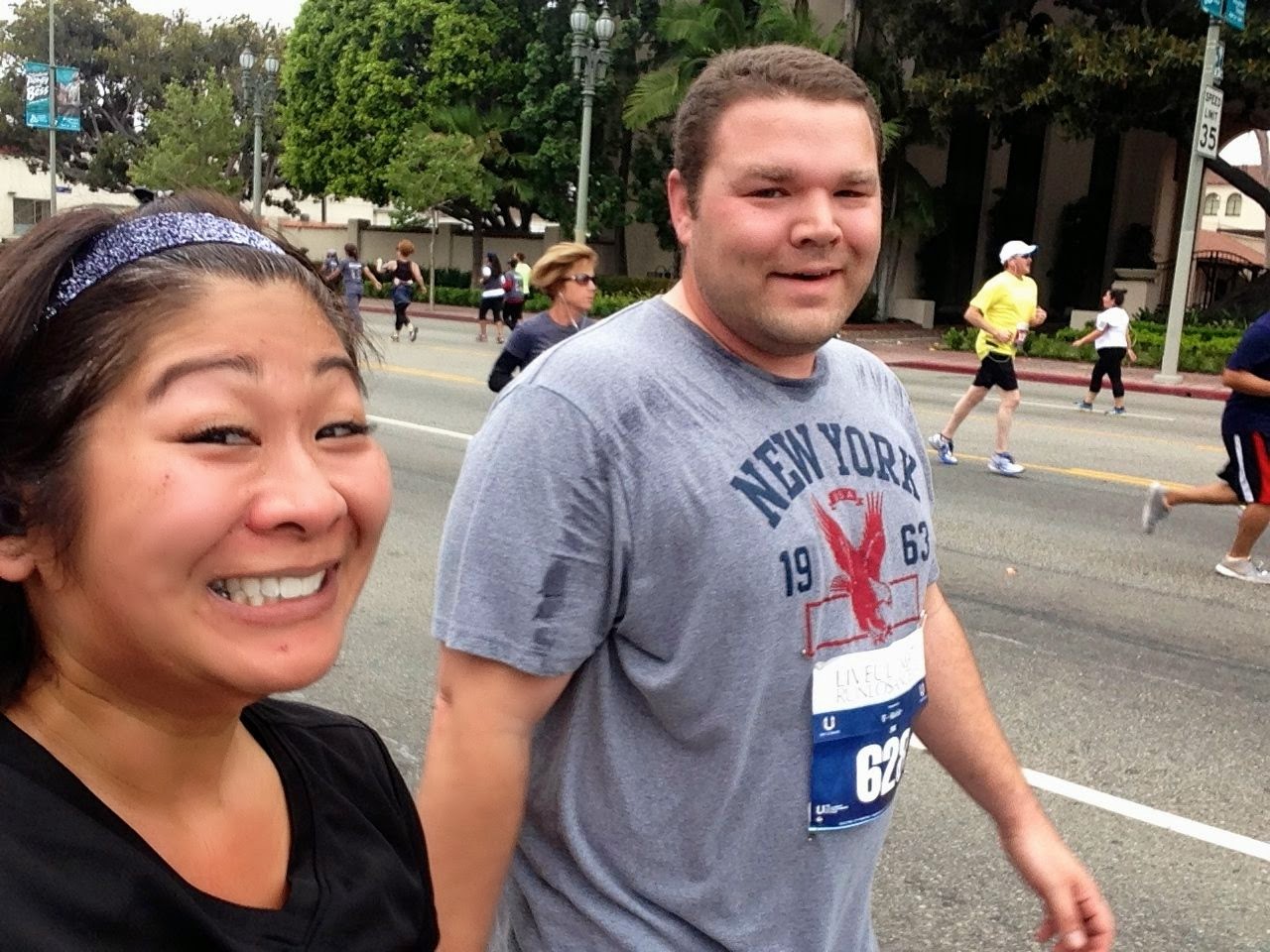 i didn't take many pictures since i was huffing and puffing like i'd never run a mile before.  this is the best i got along the course. 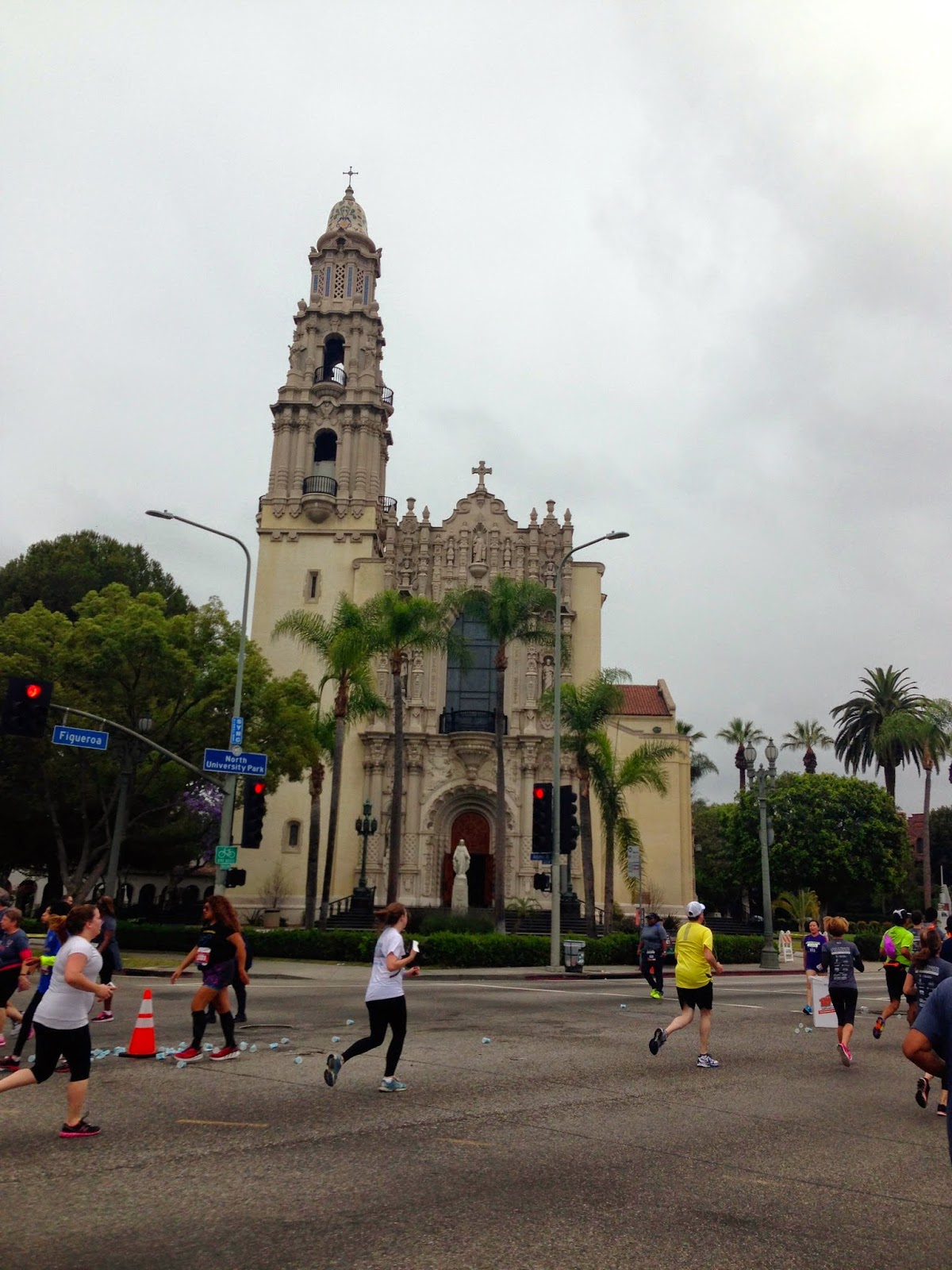 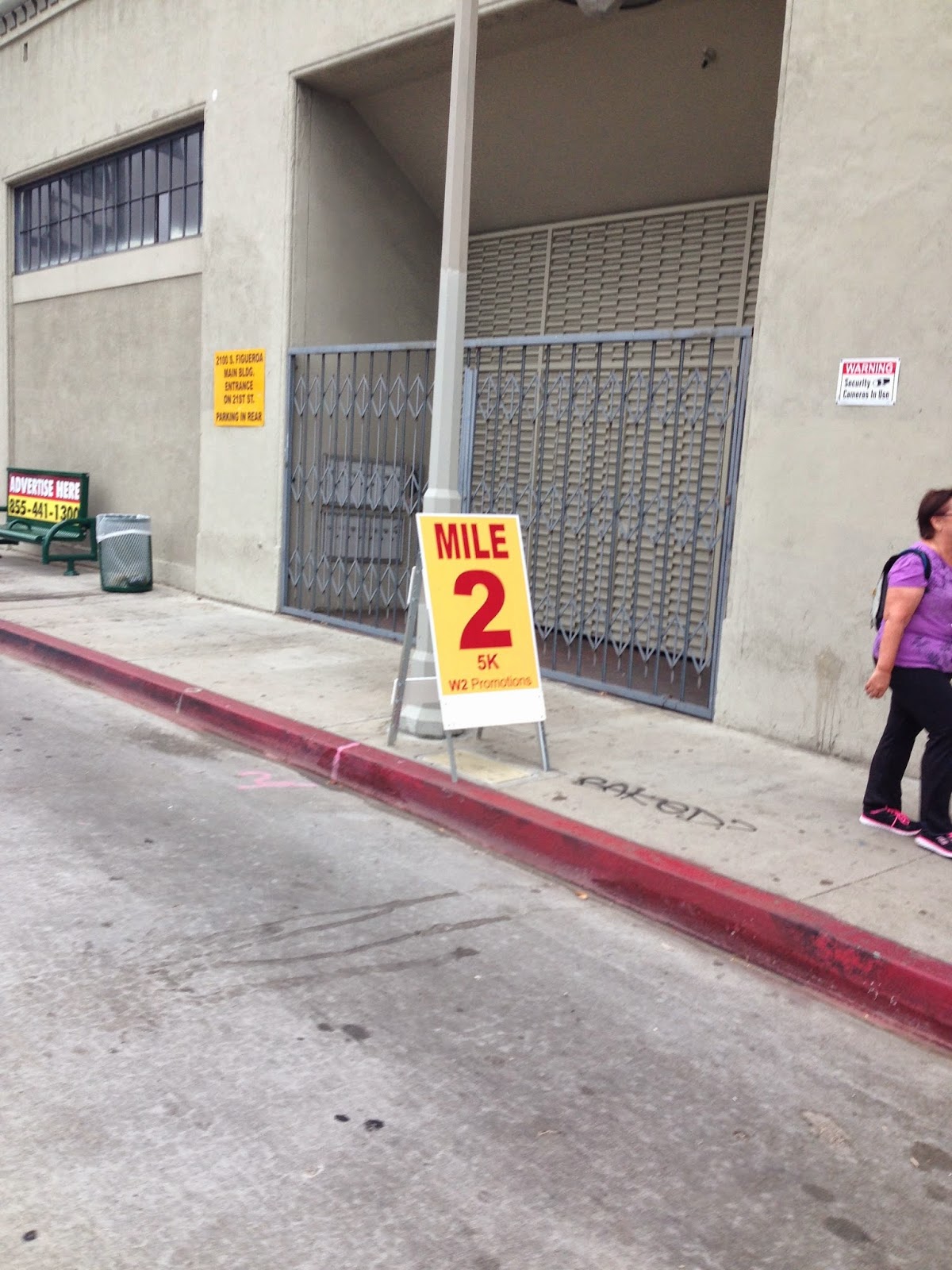 you know what's a total mind fuck?  bringing runners to the where the finish line is in their line of sight and then going "haha, you thought you were done?" and sending them around another corner to finish out the mileage before finally turning towards the end. 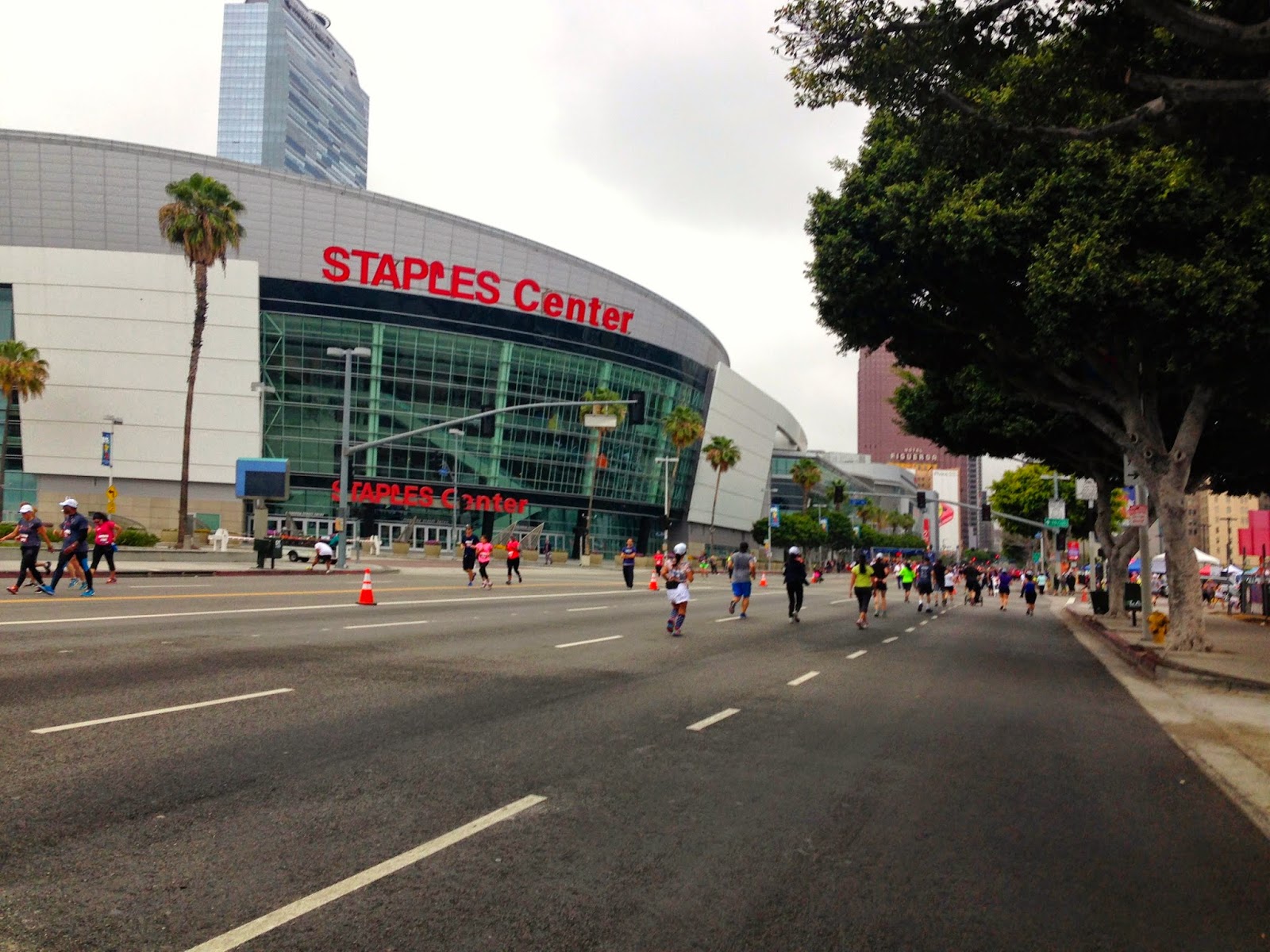 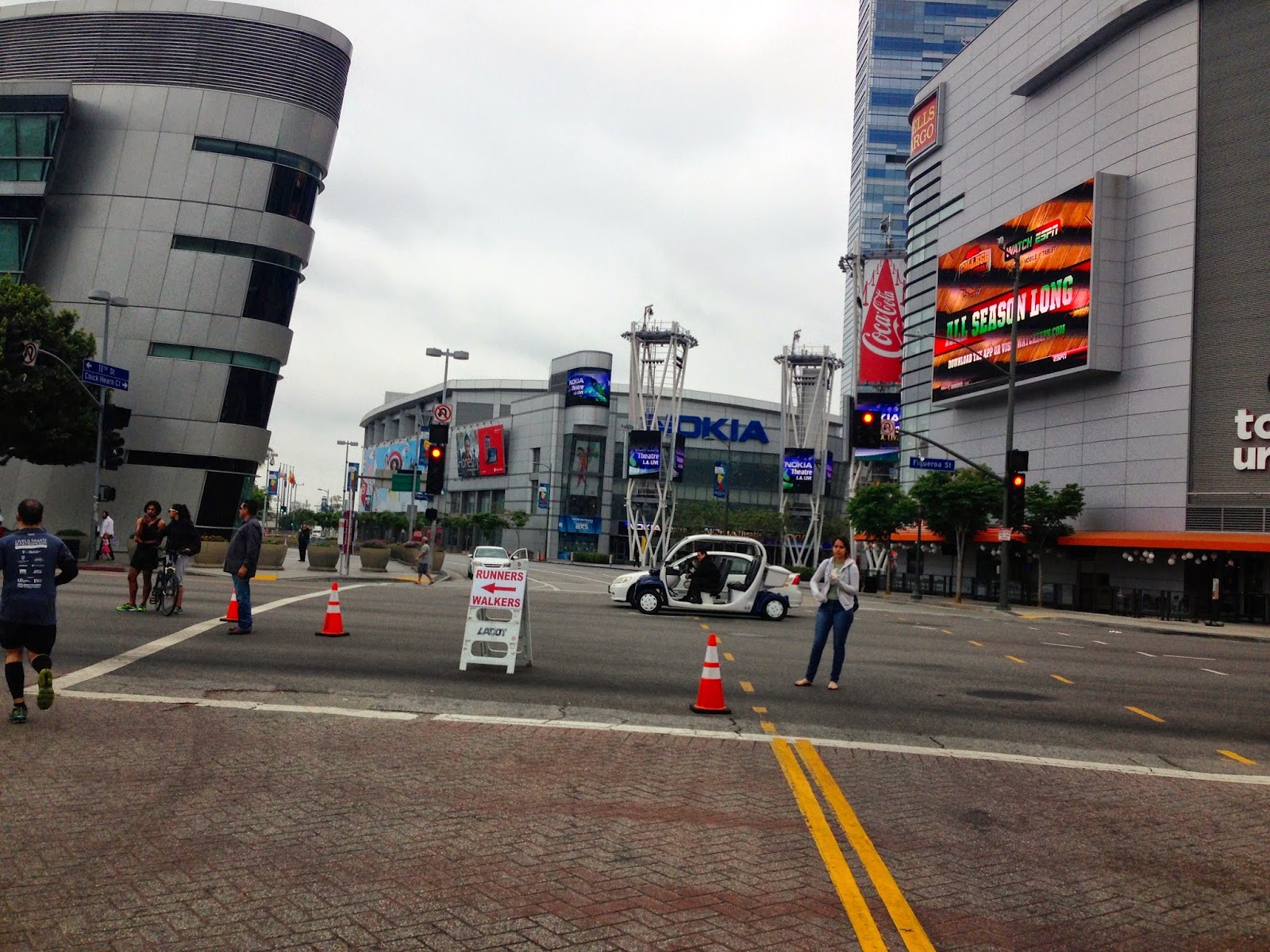 but it wasn't very far before i made one more turn and reached the finish line. 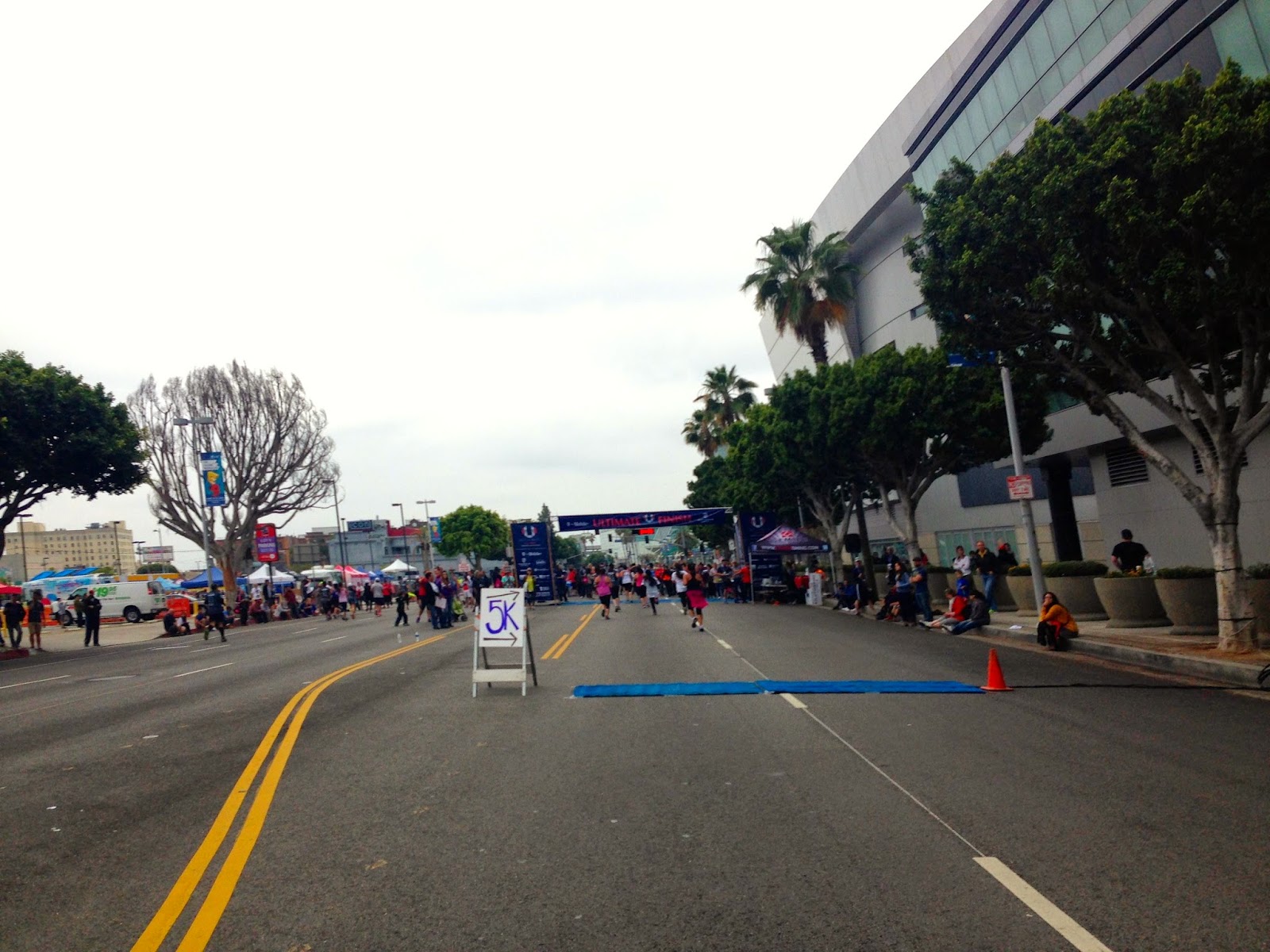 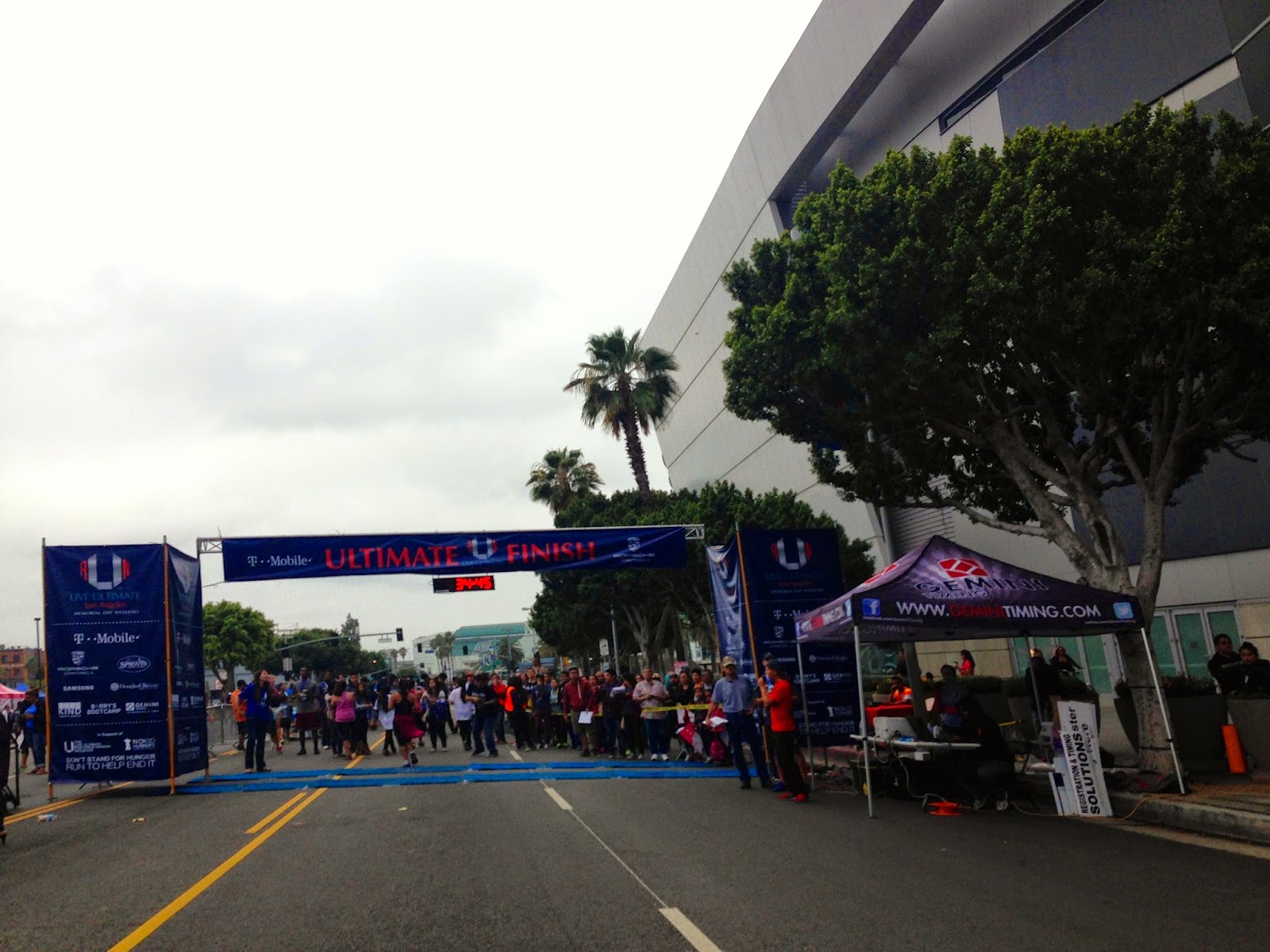 the hub was just a couple of minutes behind me. 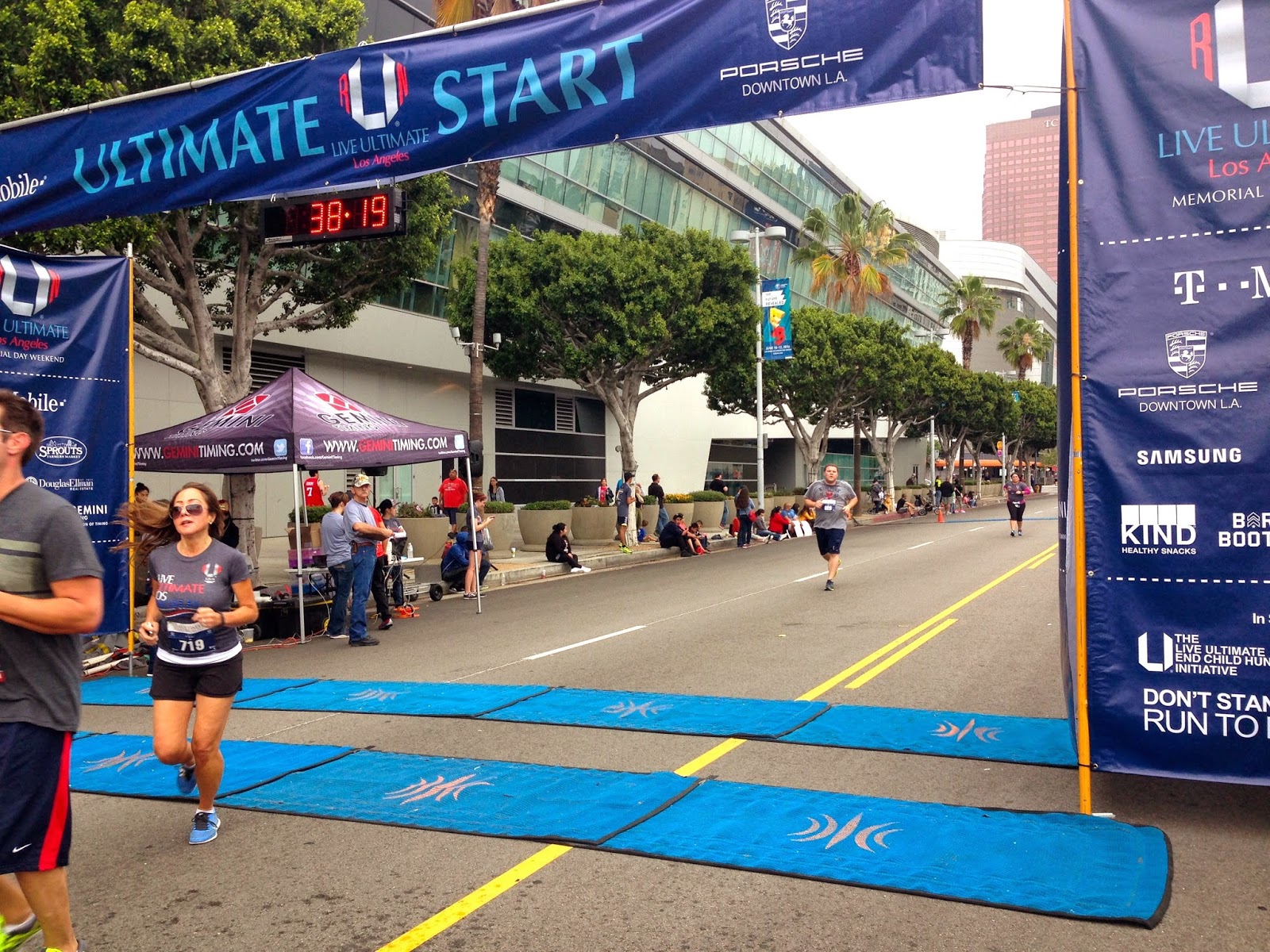 yay for may bling! 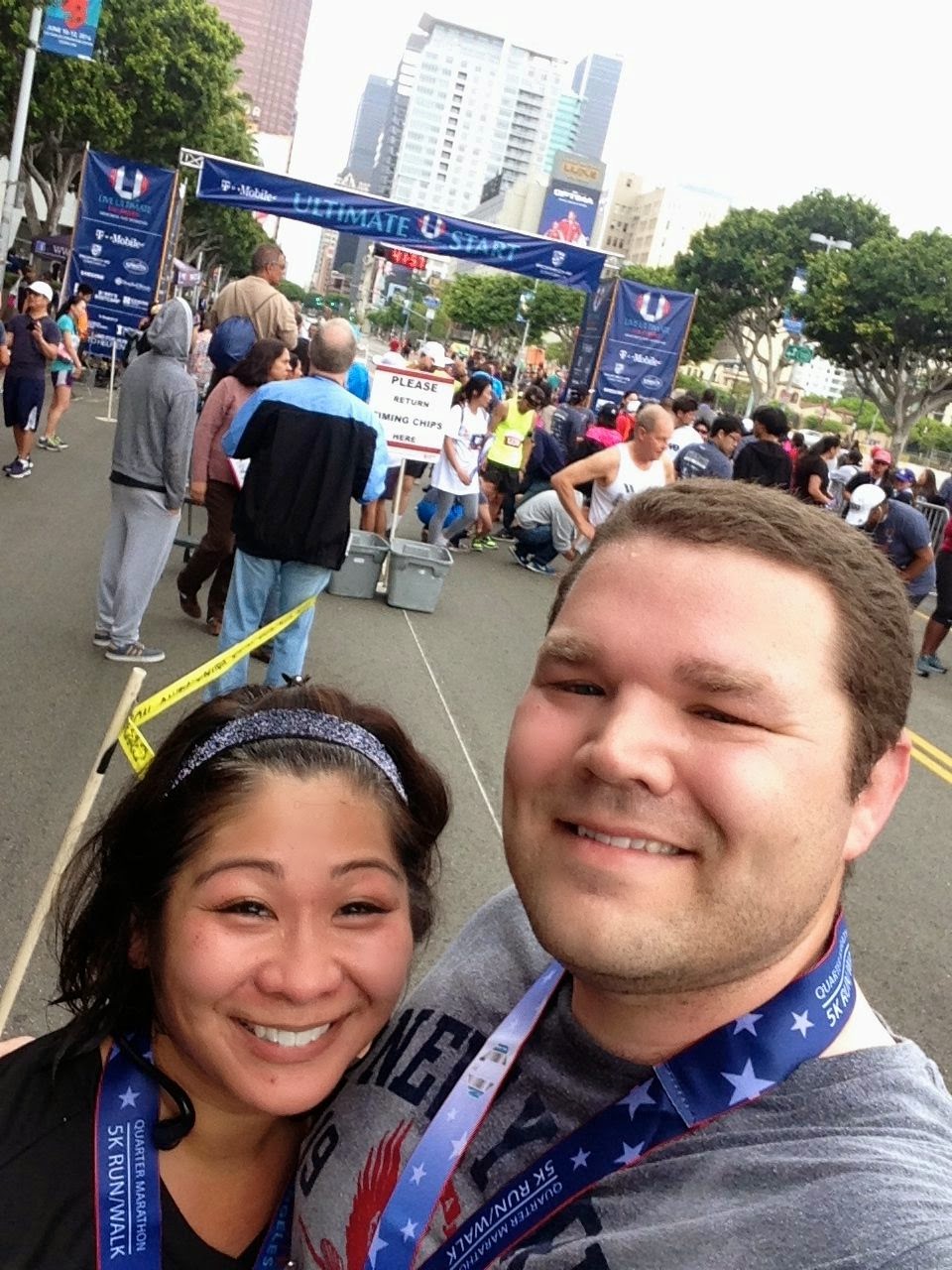 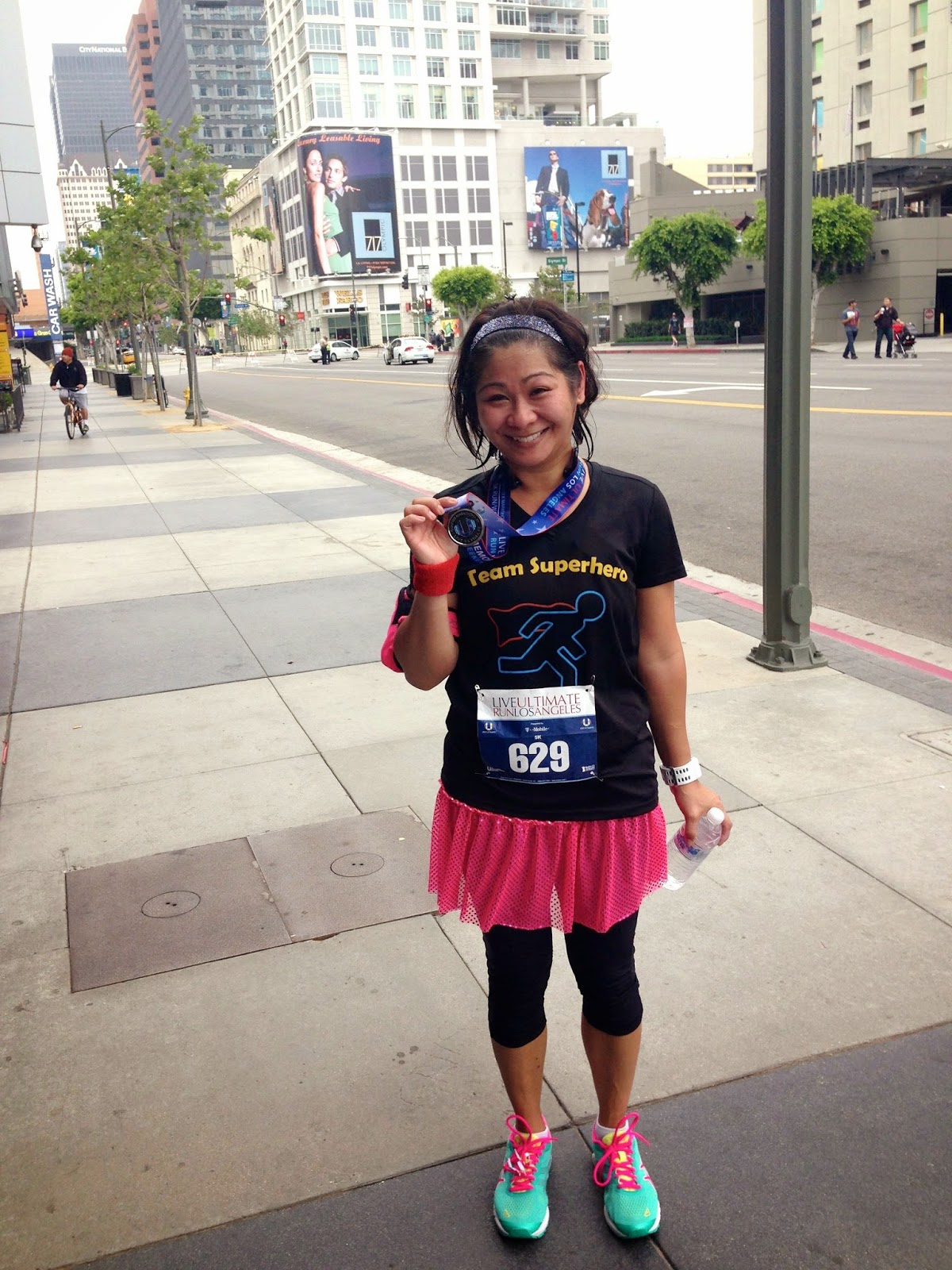 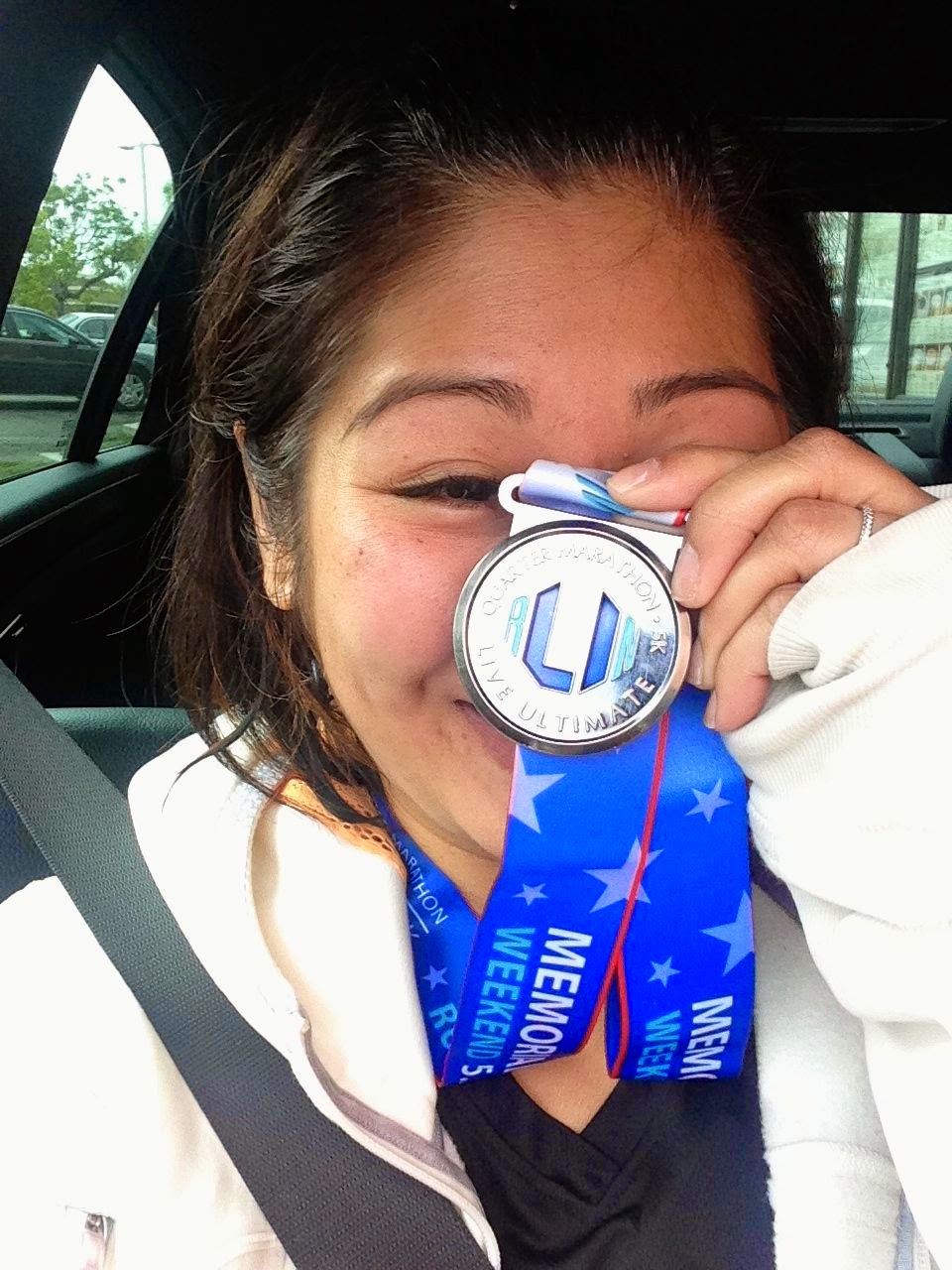 i'm actually having some trouble finding a 5K with a finisher's medal for june.  there's one in culver city and i think another in long beach, but man...those are faaaaaarrrrrr.  i guess i'd better pick one soon, though, huh?
at June 02, 2014