it took a little extra effort to find a 5K for the month of june that wouldn't have us driving 30 miles at a crazy early time on a weekend morning.  not to mention, i was searching for a run with a finisher's medal, heh.  it wasn't easy, but i finally found one - the villa park library 5K, starting at villa park high school. 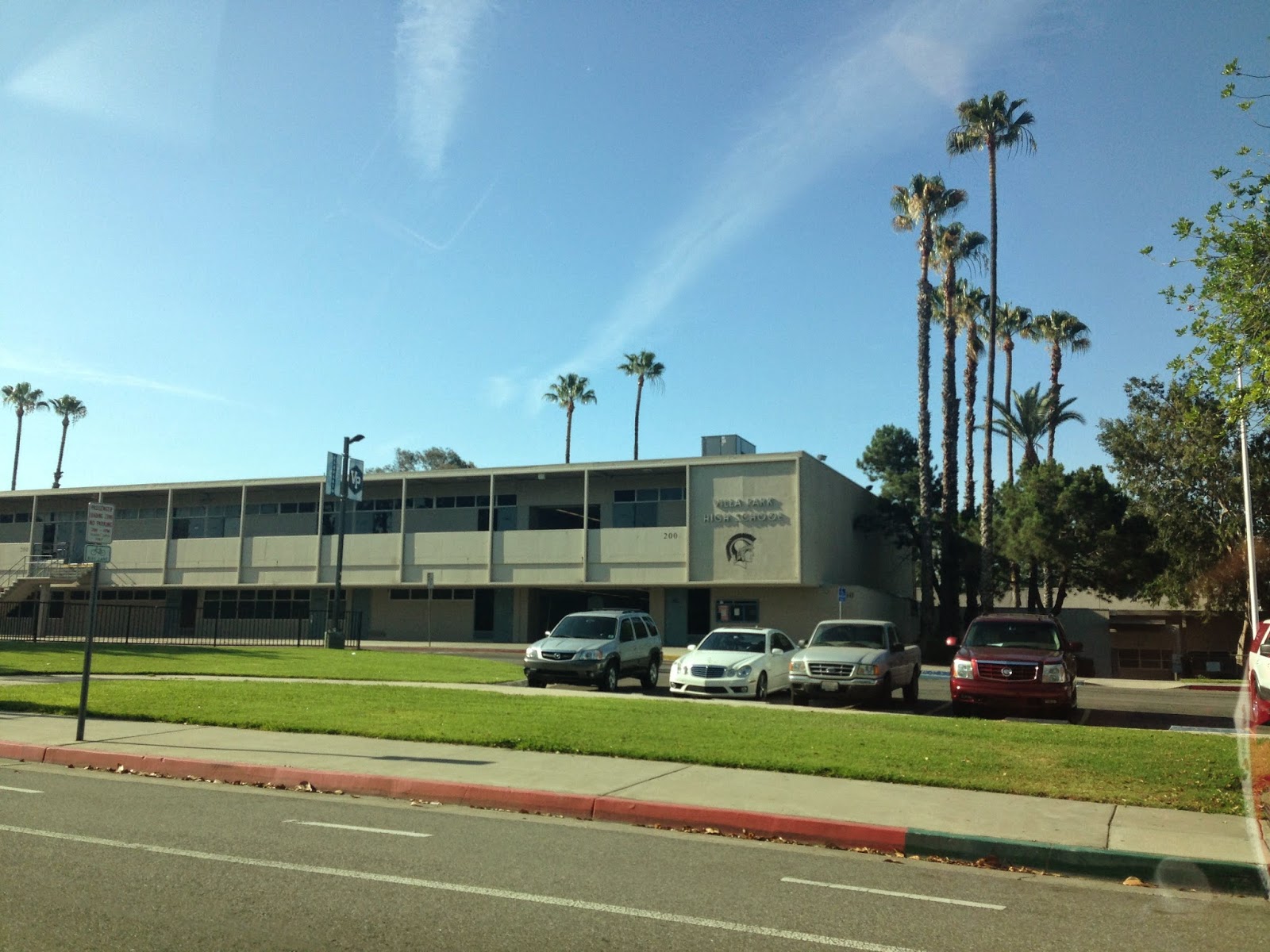 we arrived with plenty of time to check in and pick up our bibs - i could've picked them up the day before, but didn't feel like doing the drive.  and i figured a smallish run like this wouldn't be horribly crowded anyway.  i was right. 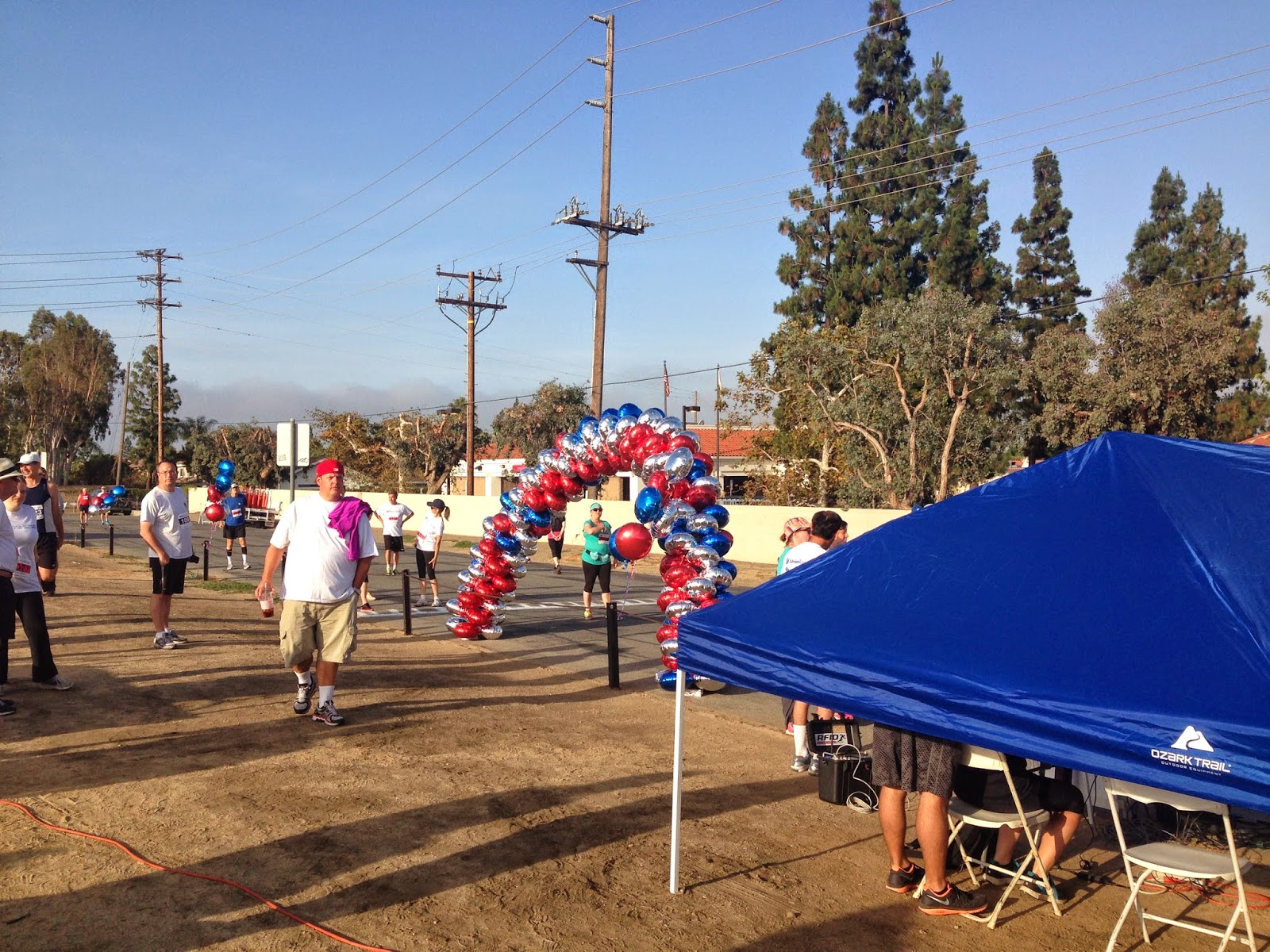 we didn't even bother to pick up goody bags or t-shirts for this run.  it's not like either of us really wear those shirts anyway - i'm just creating another stack to make another t-shirt quilt this winter.  the stack has grown and i'm pretty close to having enough to tackle that monster project again.  the bean wants one, too, and has a nice little stack of her own built up.

as we stood near the start and listened to the national anthem, i happened to notice this: 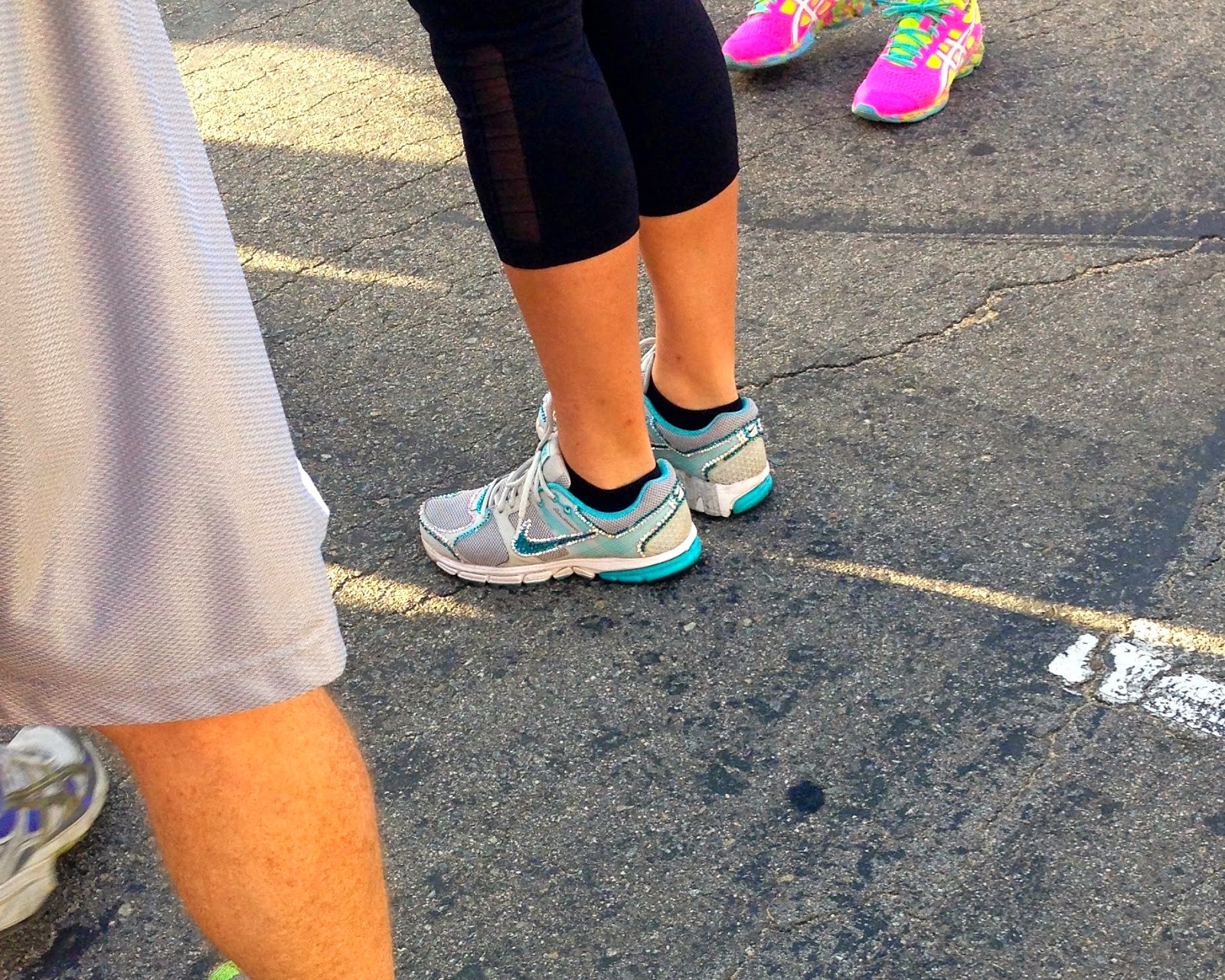 can you see it?  this lady totally bedazzled her running shoes with some major bling on the nike swoosh and around the back.  pretty snazzy.  i debated doing it with a pair of mine - maybe those fun minnie mouse run disney ones? - but quickly decided it'd be too much effort and they'd likely fall off anyway.  still, they were purty.

it was already a bright, sunny day, so i was grateful for the tree-lined streets that the route took us on. 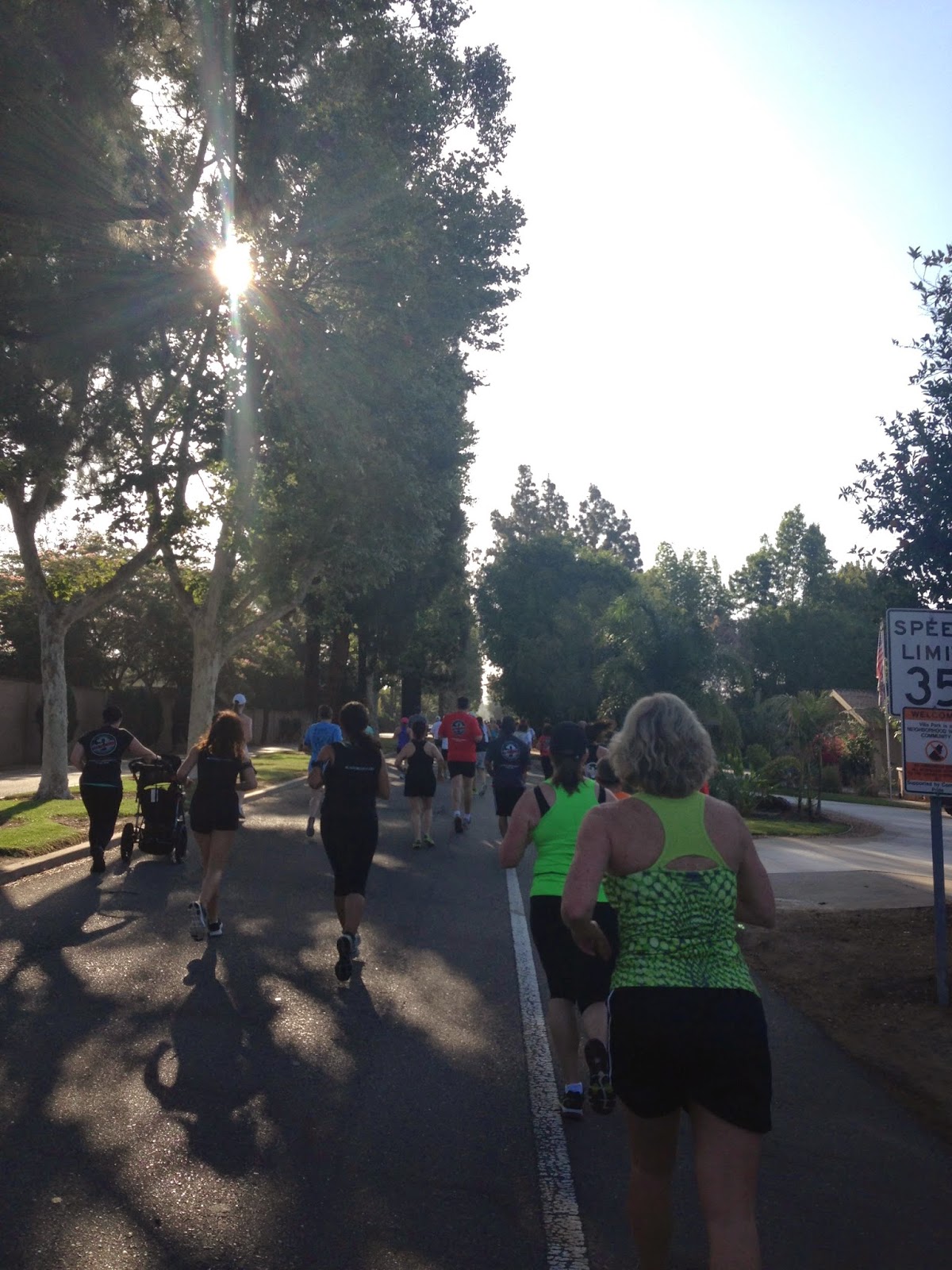 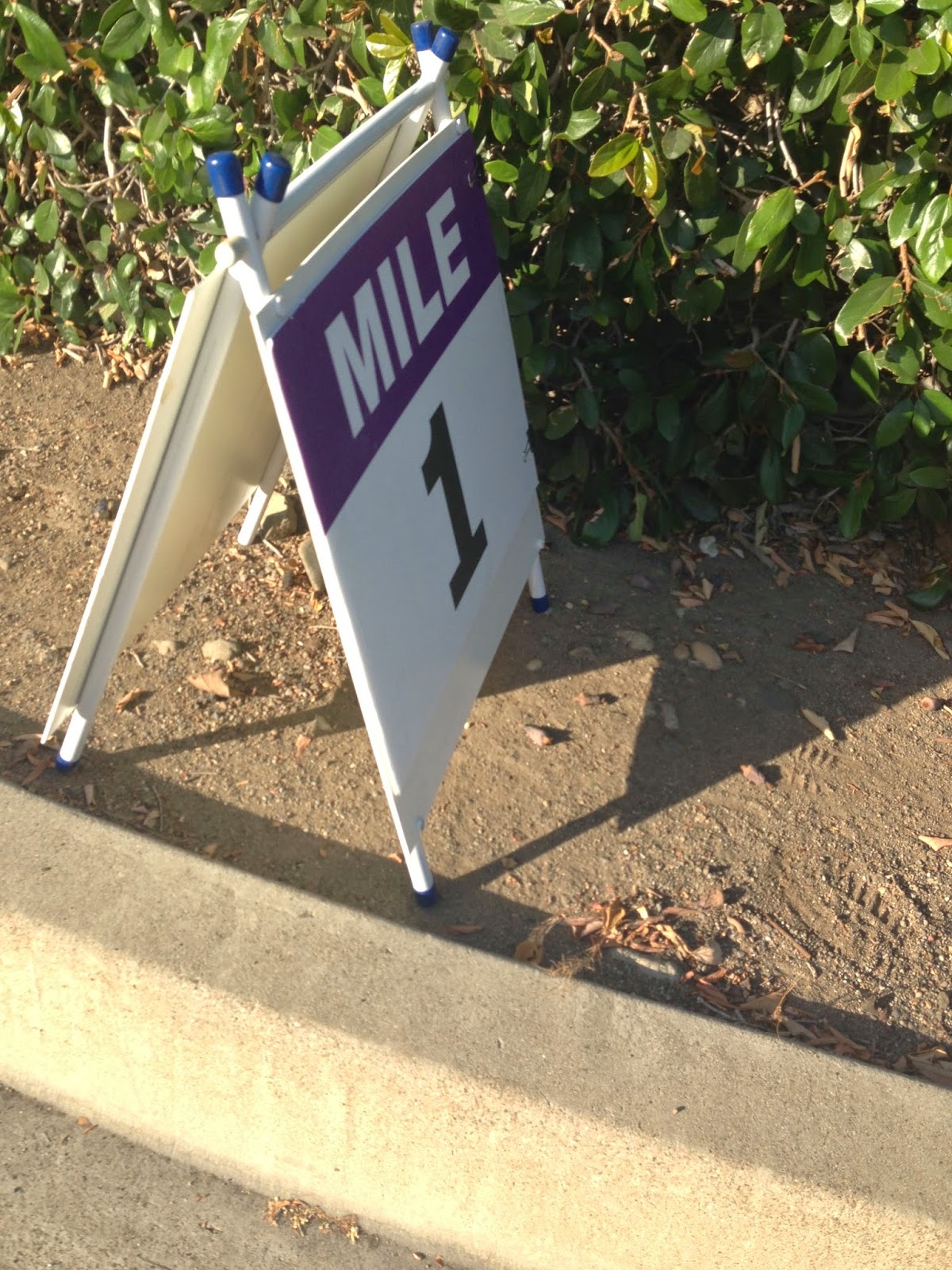 not too long after that mile marker, we scampered down another residential street and made a u-turn at the halfway mark.  i was just a little bit ahead of the hub and waved happily at him on the other side. 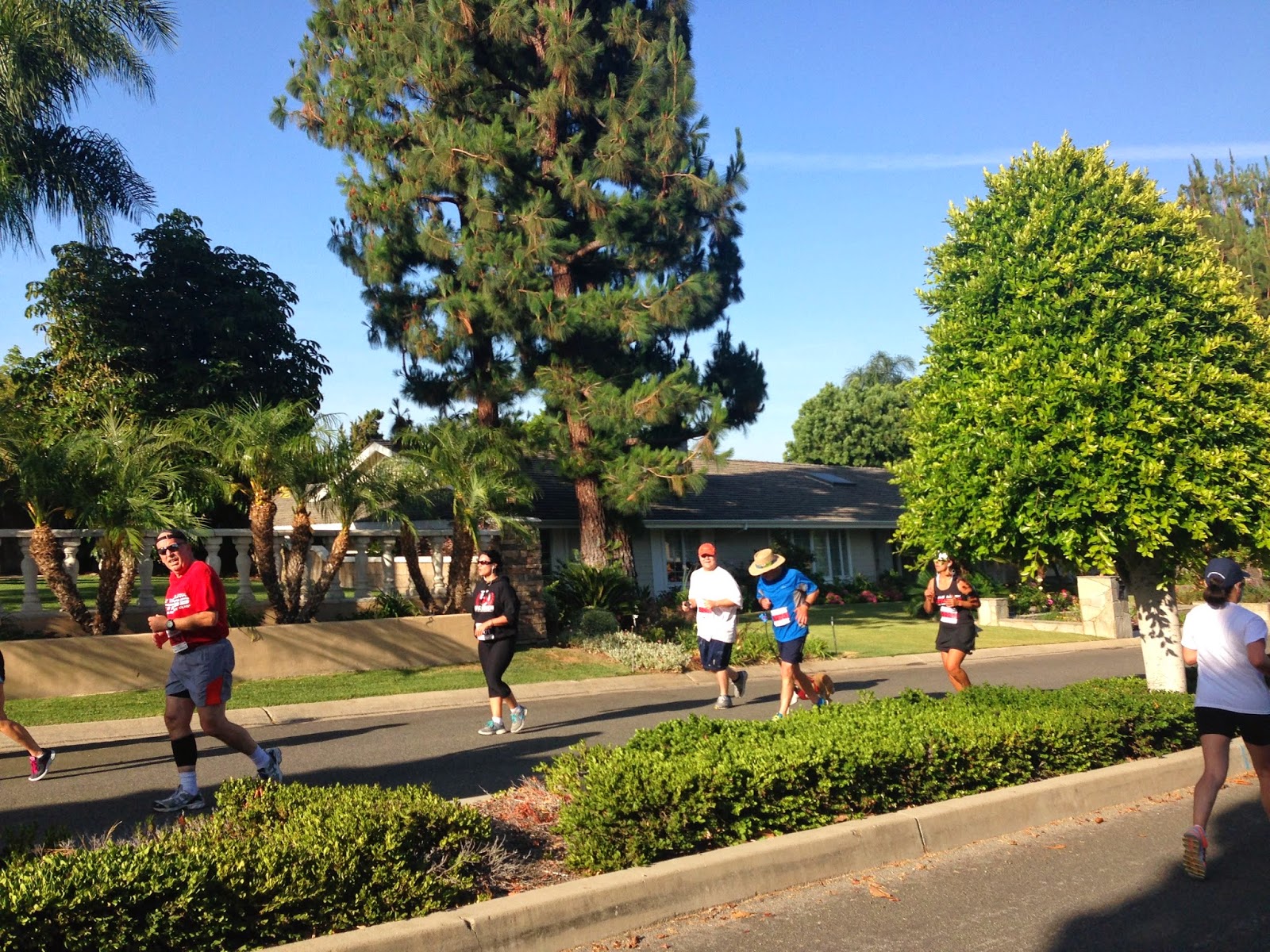 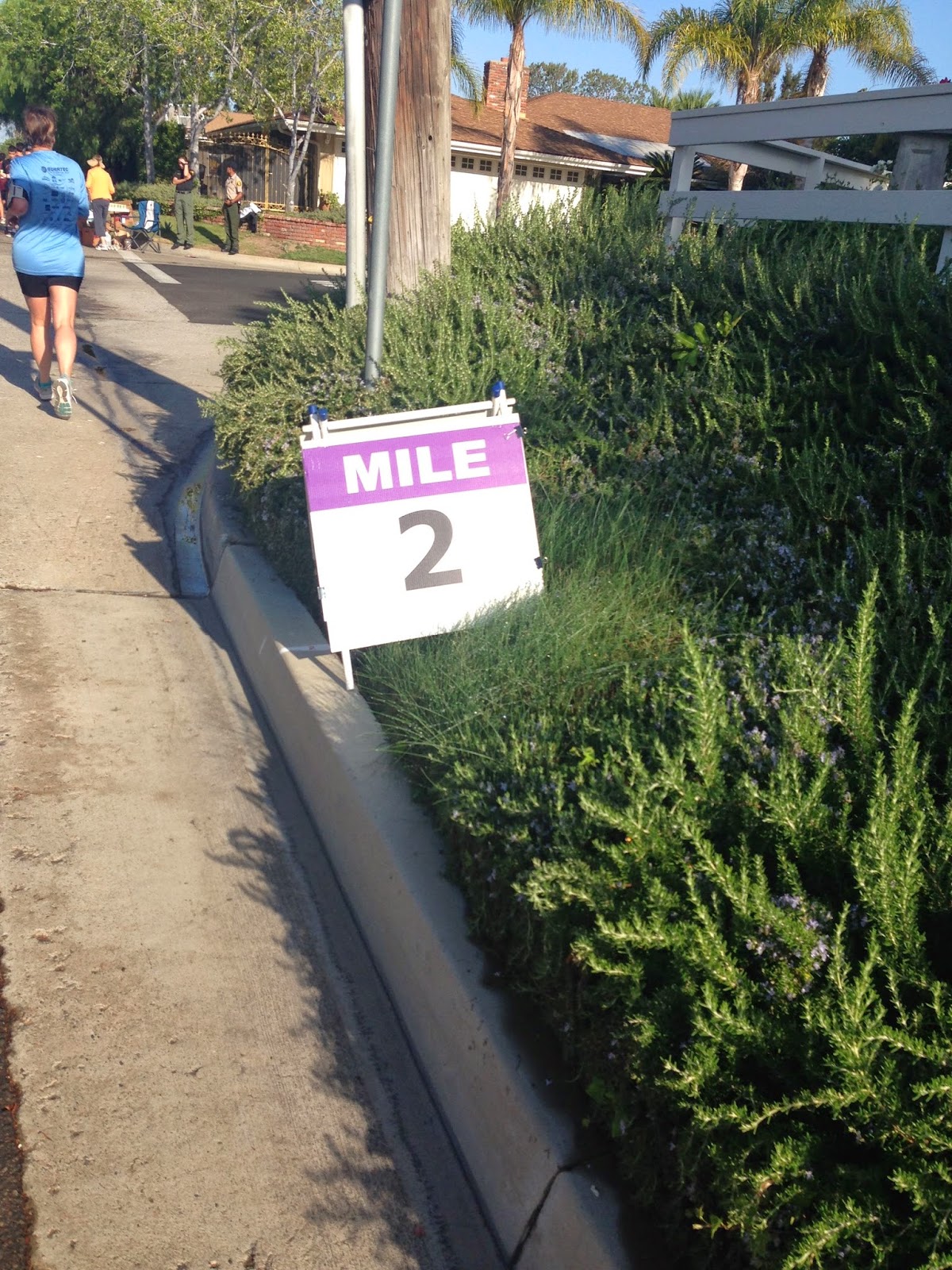 i'm not a fan of slogans like this.  i think it's pretty assholish to ridicule someone else's workout - after all, any exercise takes effort.  i mean, do you really think yours is better than mine?  girl, please. 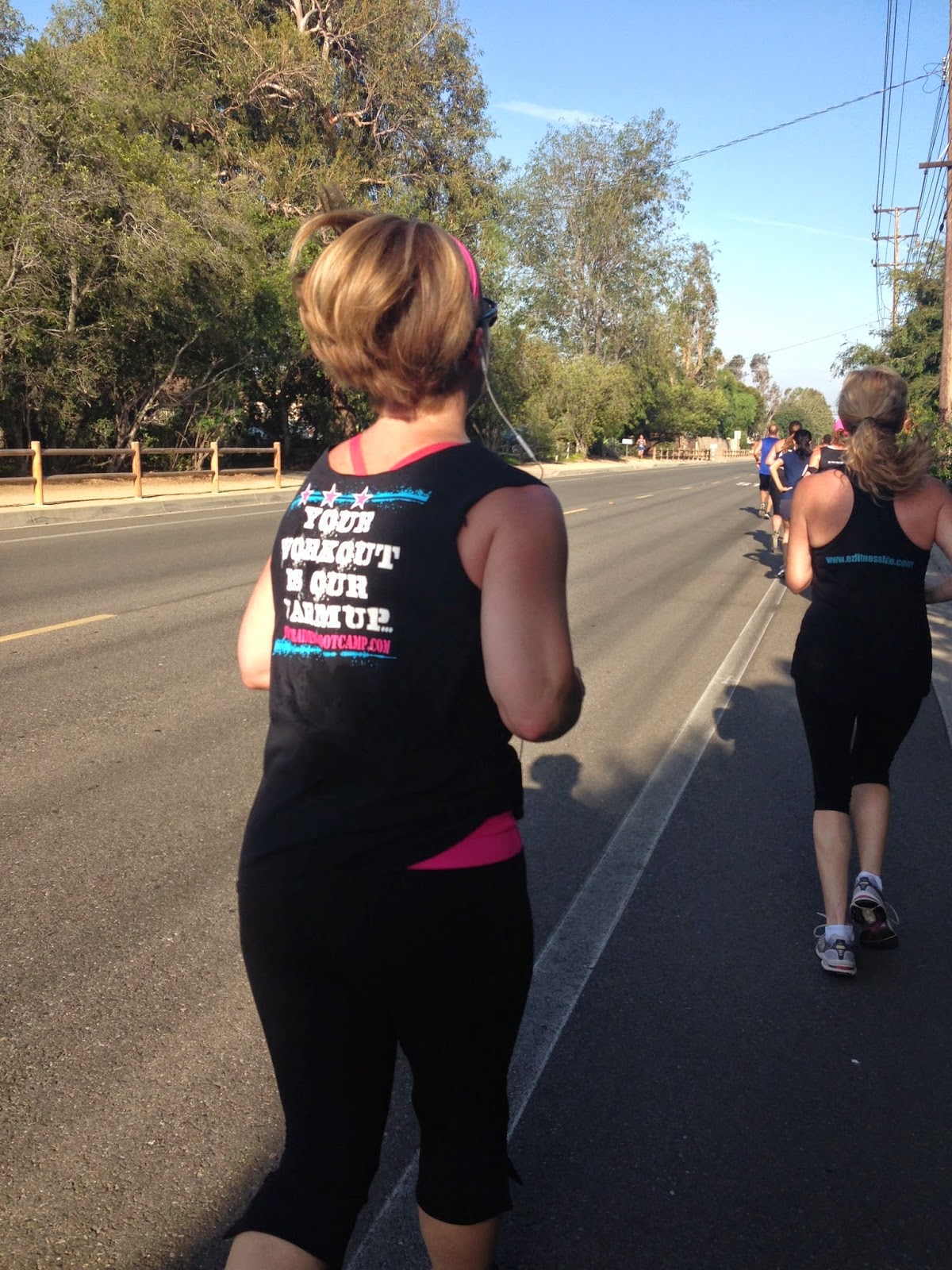 one of my favorite sights during any 5K. 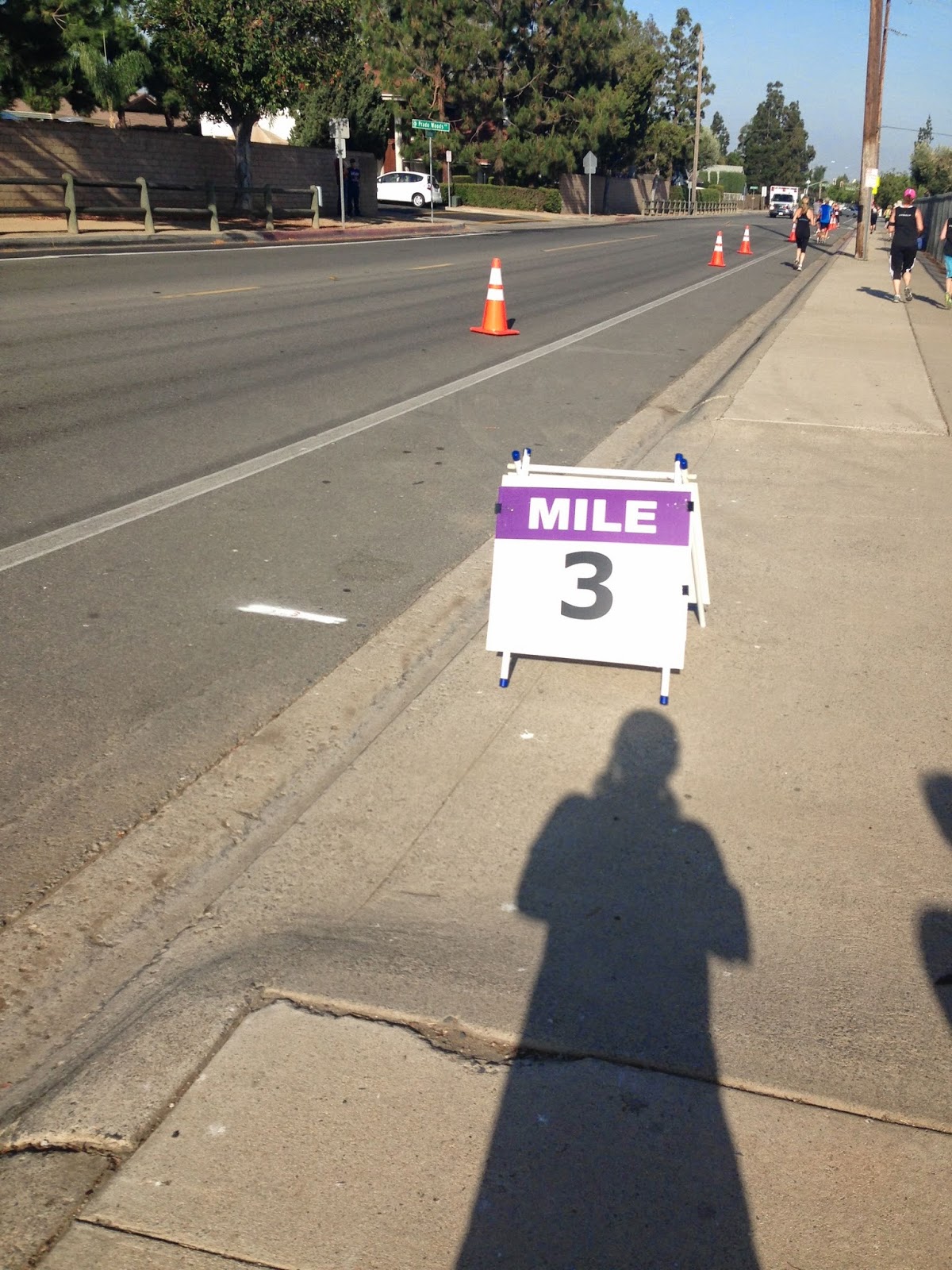 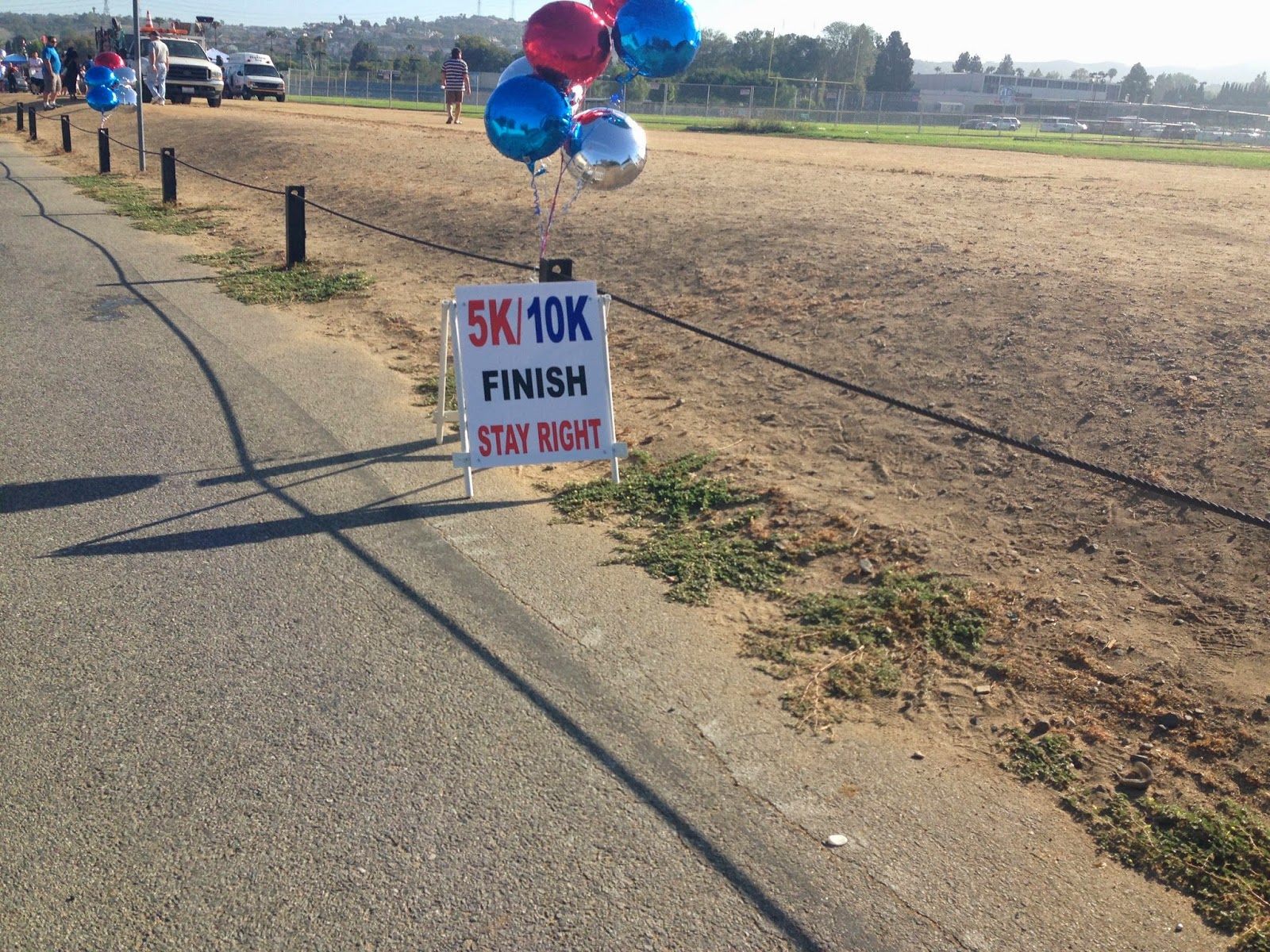 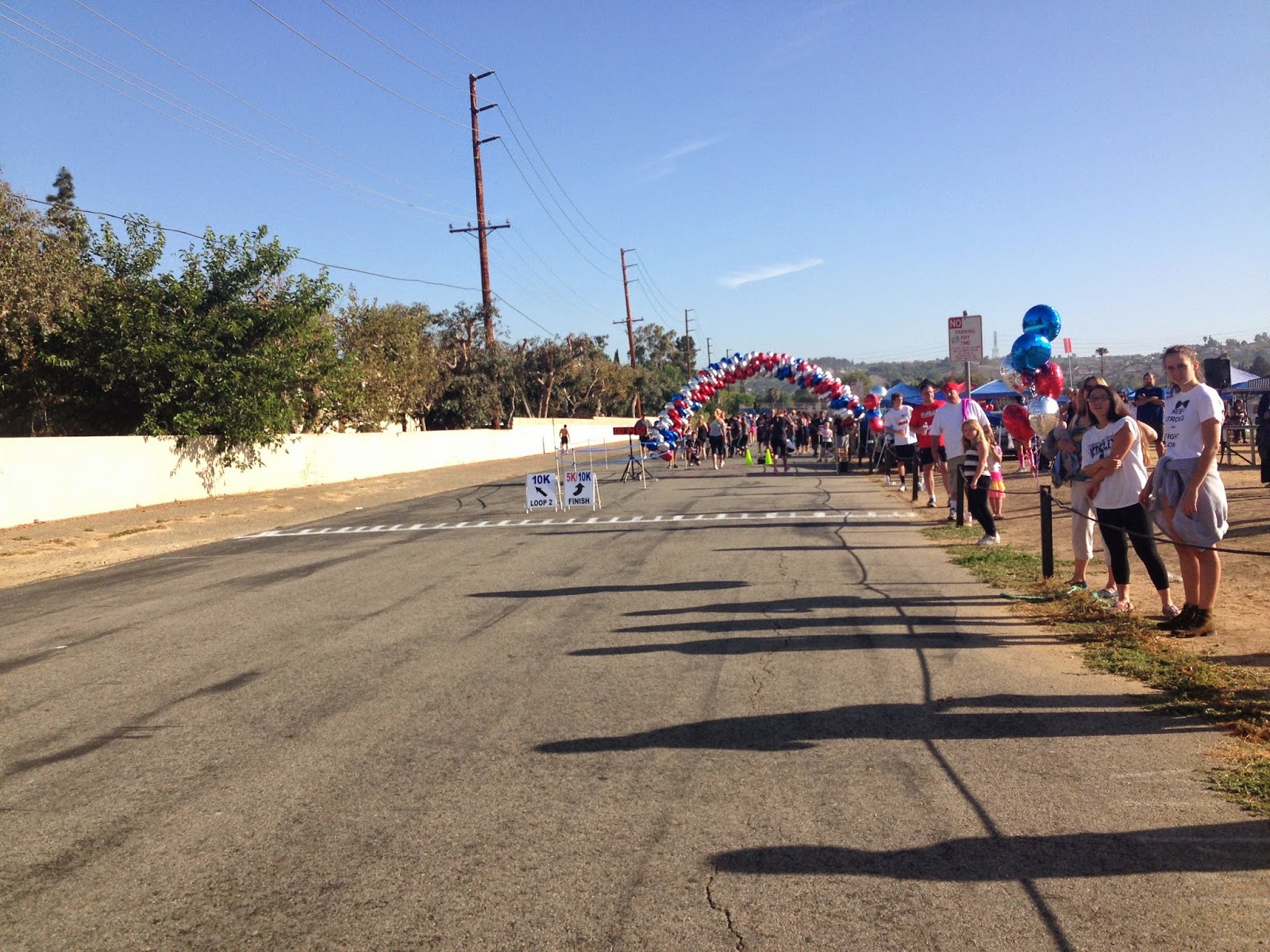 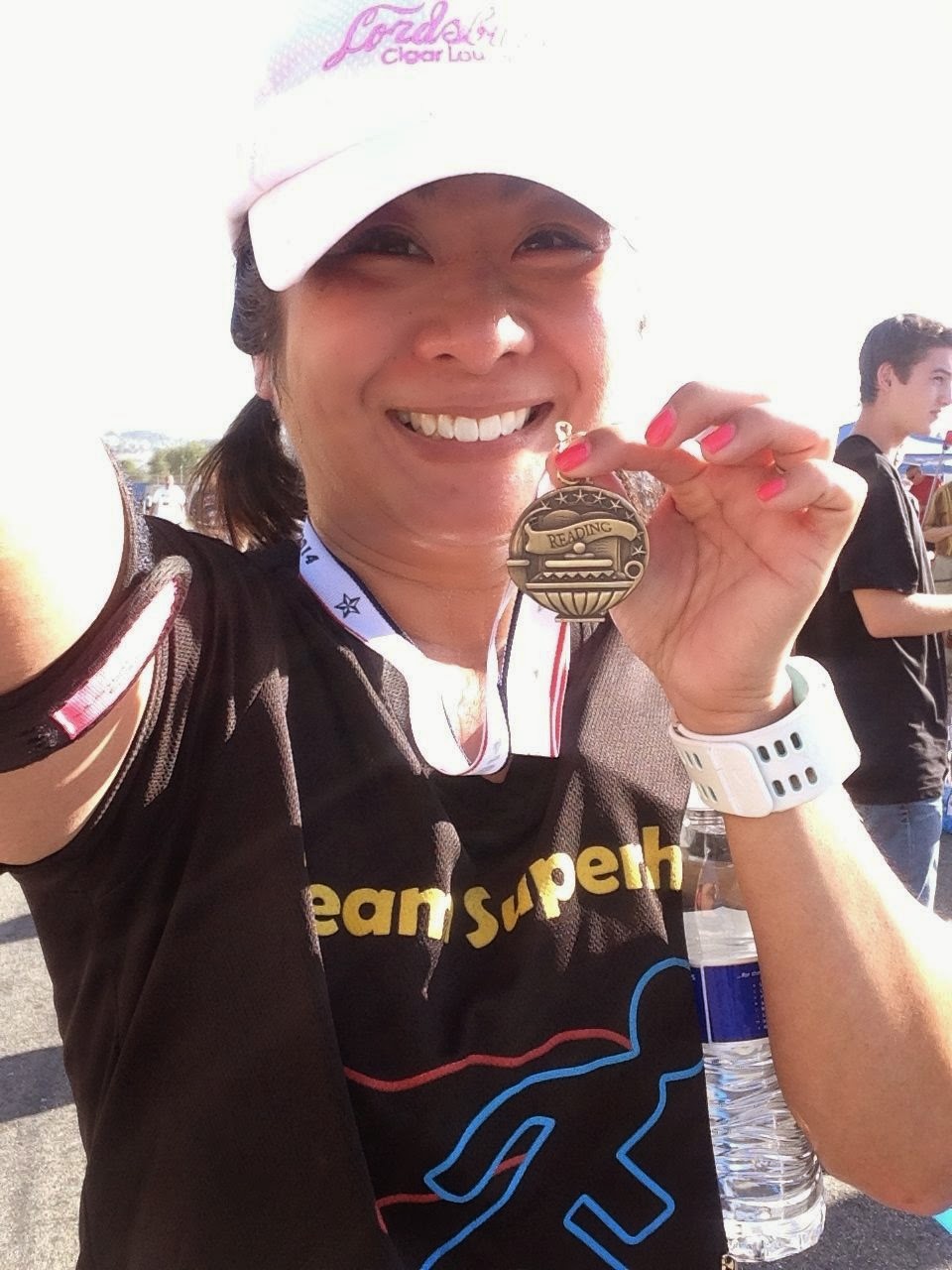 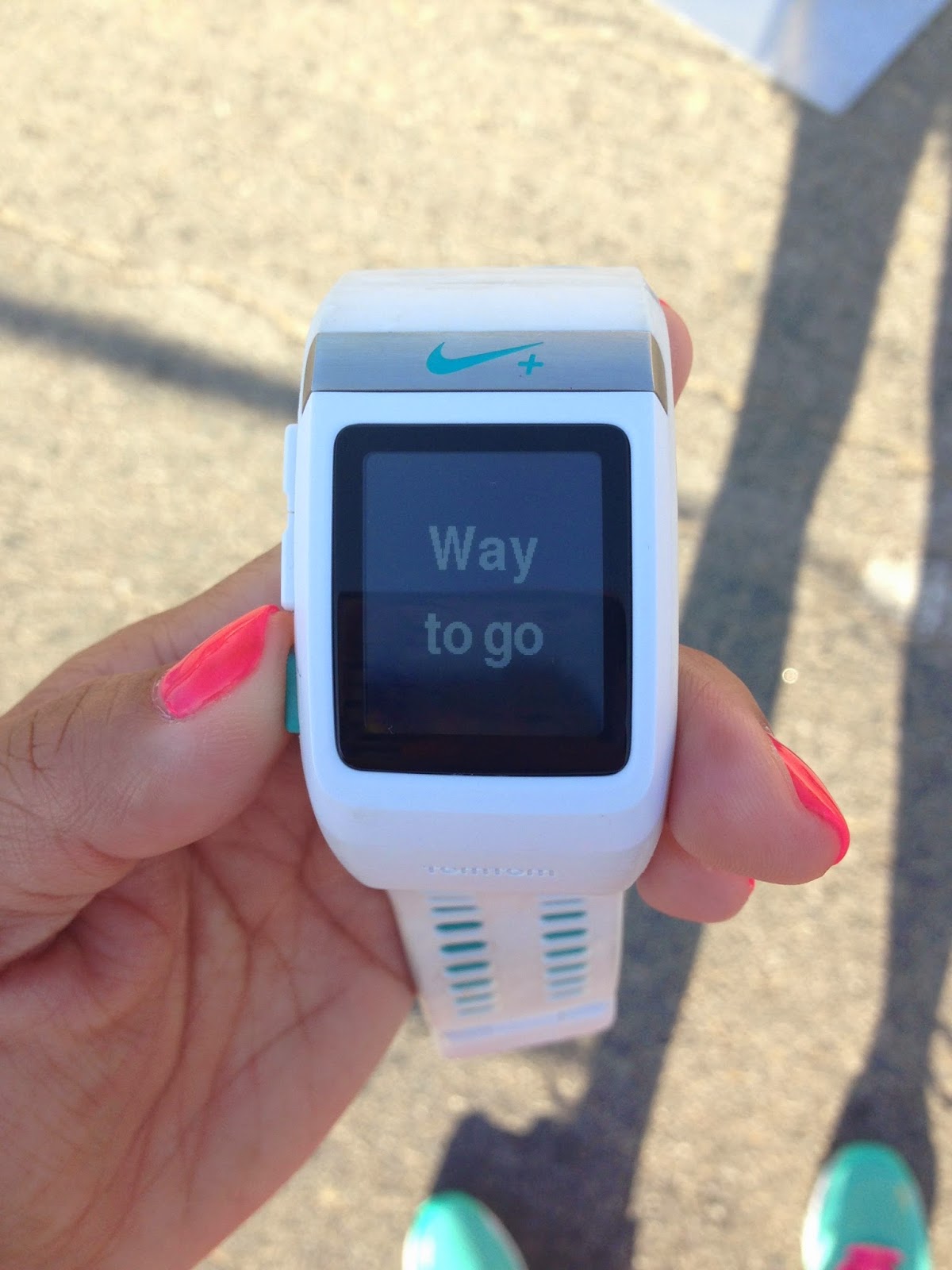 i was still standing there catching my breath when the hub crossed the finish line. 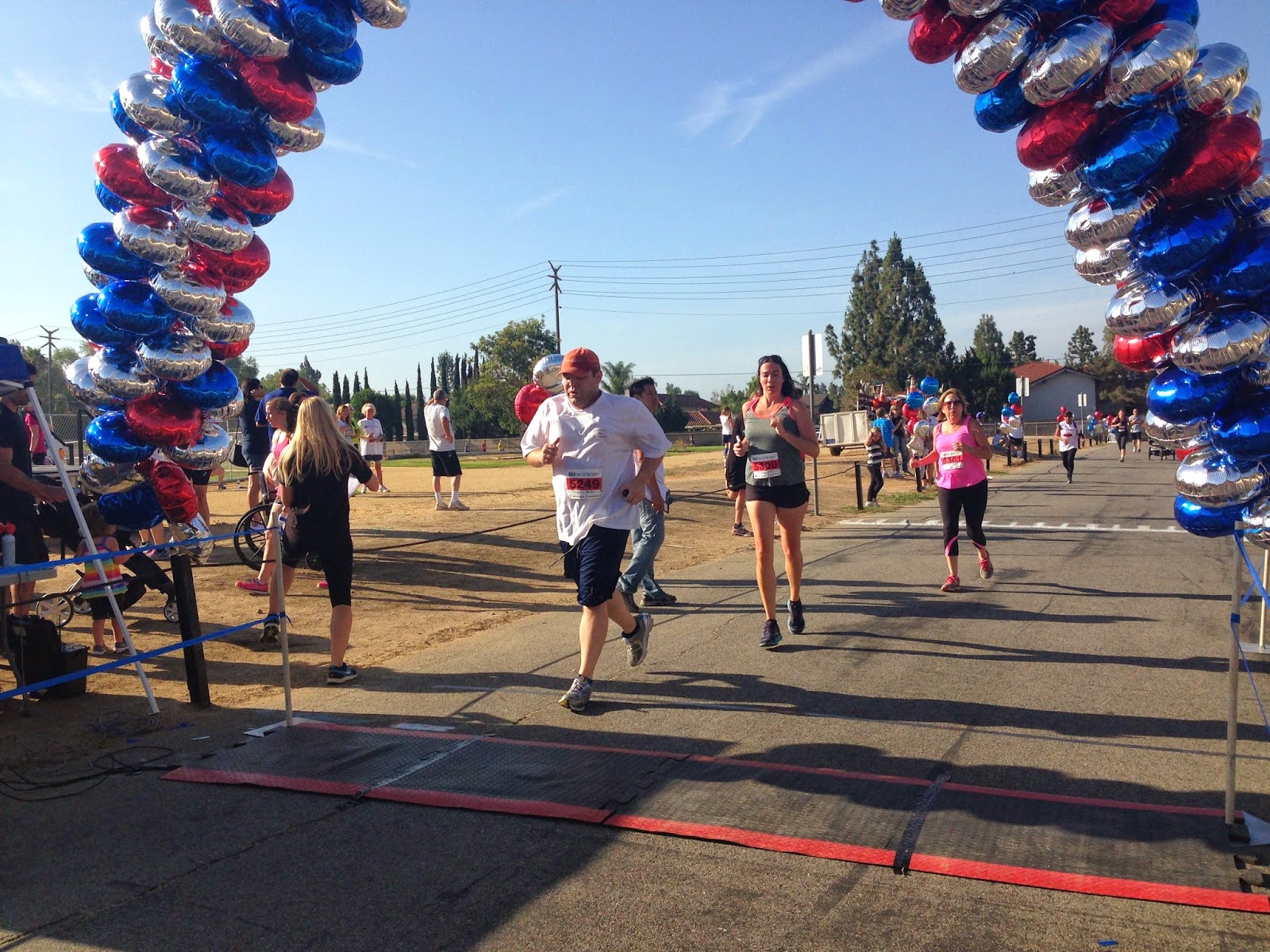 it had gotten pretty hot under the already-blazing sun (at 8am!), so he wasn't in the mood for a fun picture until we made it back to the car and turned on the a/c. 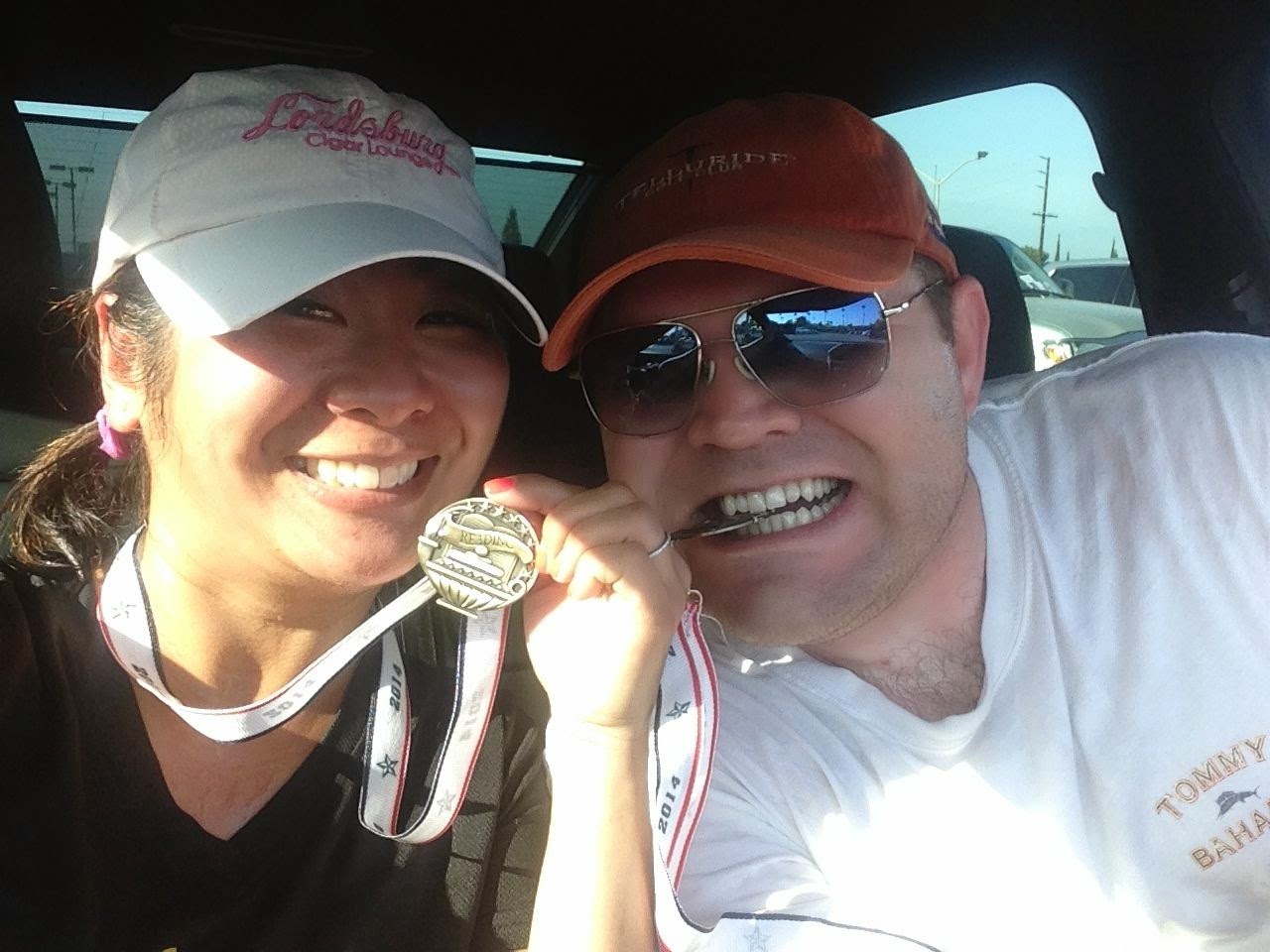 i love that our medals say "reading."  haha!