funny, when i look at posts from a few years ago, i notice that i used to do a lot more in the kitchen than i do now.  i mean, i still try to cook often, but i don't really venture out with new recipes as much as i used to.  i really need to get back into that.

i also realized that i hadn't done any baking just for fun in ages.  so when i saw bakerella tweet about red velvet whoopie pies, i decided it was time to turn on the oven for something other than sugar cookies for once.  i've made these before, but it's been a really long time.

mixing up the batter and getting them in the oven was easy.  although when i pulled the pans of cakey cookies out, it was obvious that i'm a bit rusty in the non-sugar cookie department.  i remembered too late that i used to pour the batter into a bag and pipe it out onto the cookie sheets to make them rounder and more uniform-y.  i mean, look at these sad, misshapen blobs! 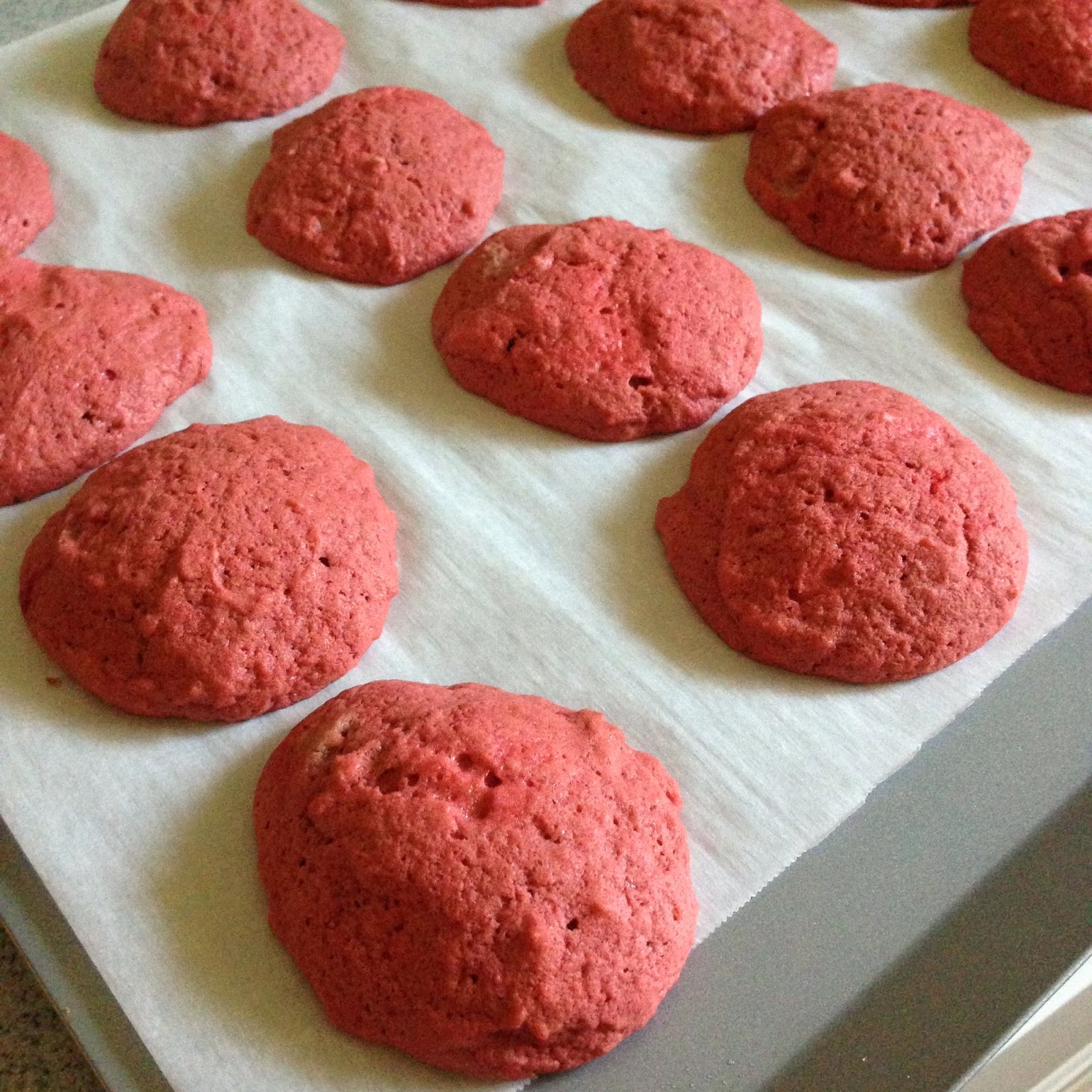 and those were the "good" ones.  heh.

you know what makes everything better, though?  cream cheese filling. 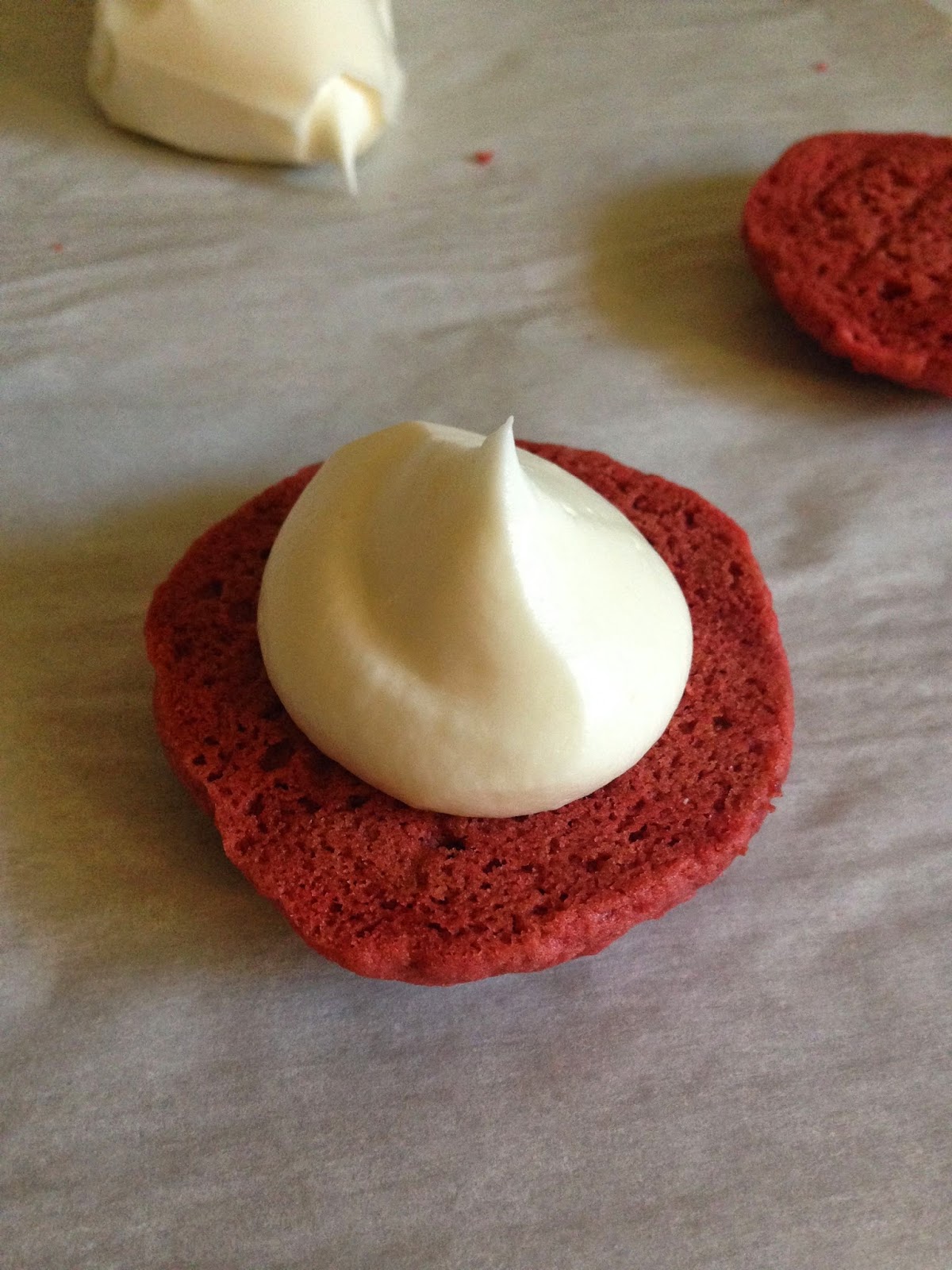 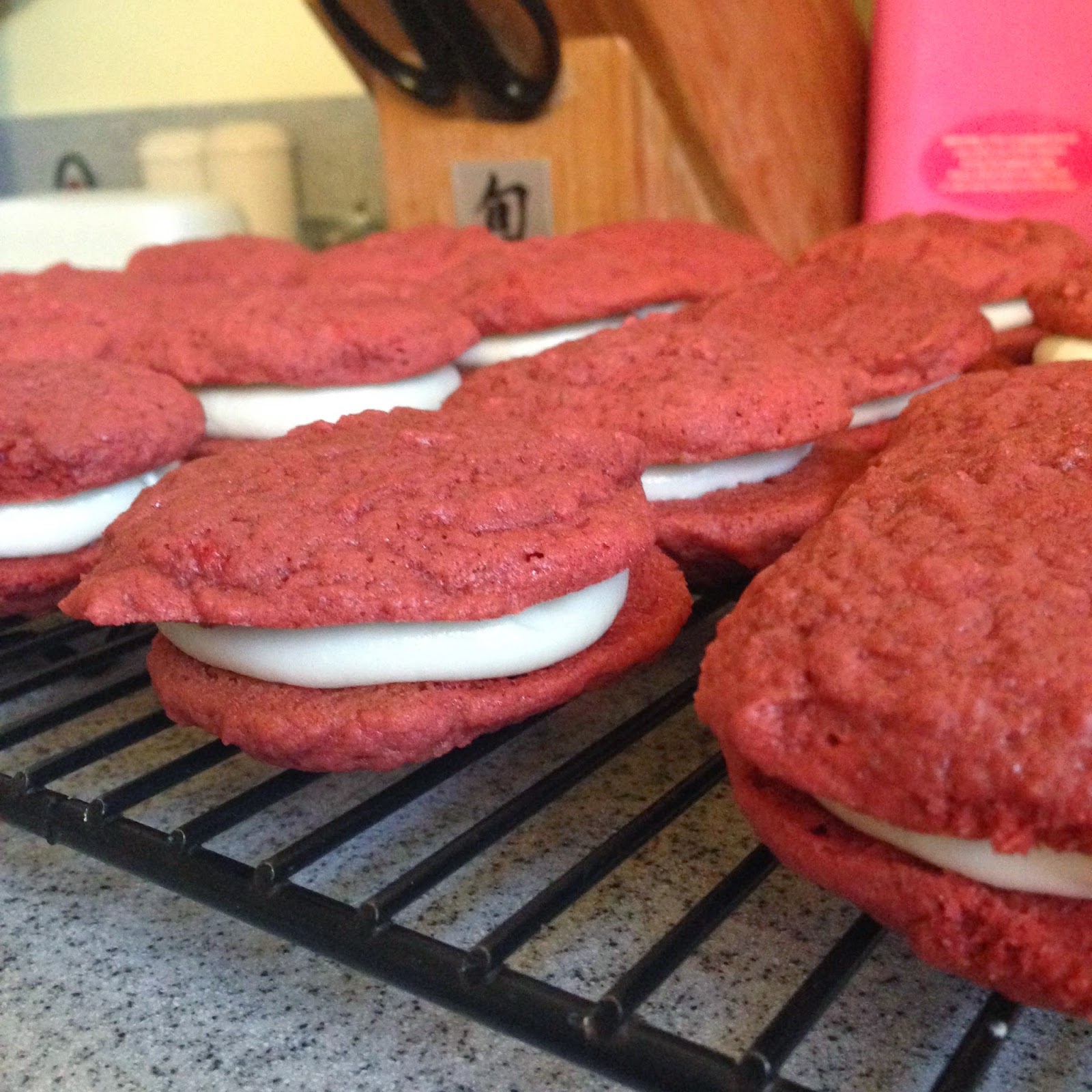 i ended up with a crazy number of these things.  like, the recipe said it yielded 16 pies, but i ended up with closer to 20.  not that there's anything wrong with that, mind you.  and i realized that i had the perfect solution for excess baked goods - a cigar lounge packed with dudes on a saturday night.  so i wrapped up about a dozen of them and sent them off with the hub when he left for his closing shift and that was that.  he reported later that they disappeared in about two seconds.  vultures.  ha!

and then a couple of days ago, i got hit with a mad craving for those black and white cookies i used to make so long ago.  remember, i even made pink and white versions that we gave away as favors for the bean's SECOND birthday party?  cah-ray-zee.

although these, too, were nowhere near as pretty as i used to make them.  i've totally lost my touch here. 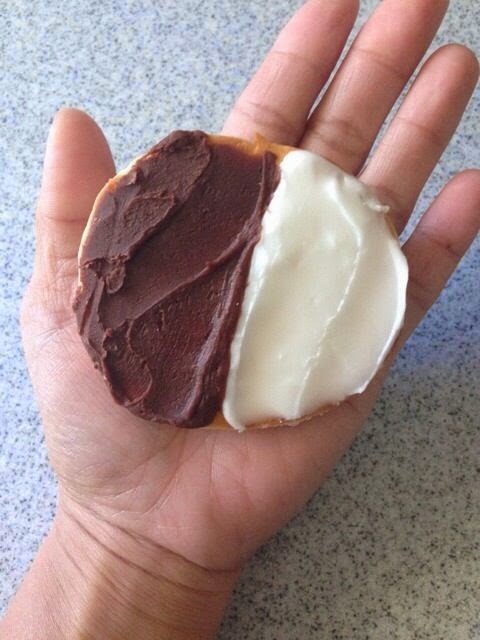 except that what they lacked in prettiness and presentation, they definitely made up for in taste.  these things are just as yummy as i remember, and the cigar lounge boys aren't getting their paws on these babies.  sorry, guys.

i should go through my old posts and find new (old) dinner ideas!  especially now that it's starting to get super hot 'round these parts again, i'm thinking chicken and gravy and salisbury steak dinners are going to be too heavy anyway.