so how's your summer going?  got any fun plans or vacations or anything coming up?

after last year's two-week-long european extravaganza, we're taking it easy this summer.  not to mention, the cigar shop's 1-year anniversary is coming soon and the hub is right in the middle of planning and prep for a big shindig to celebrate.

but the bean...she seems to thrive on activity and not having a ton of downtime.  she spent the first week of her summer vacation hanging out at home with me (and the teen, when she wasn't at work), and i think it made her a little stir crazy.  so we've loaded her up with all sorts of new things to keep her busy.

first up, swim lessons.  this is the third year in a row for her, and she's actually making some pretty big improvements in her skills.  pretty cool, considering she doesn't get a lot of opportunities to practice.  and she's such a sassypants in her new bathing suits. 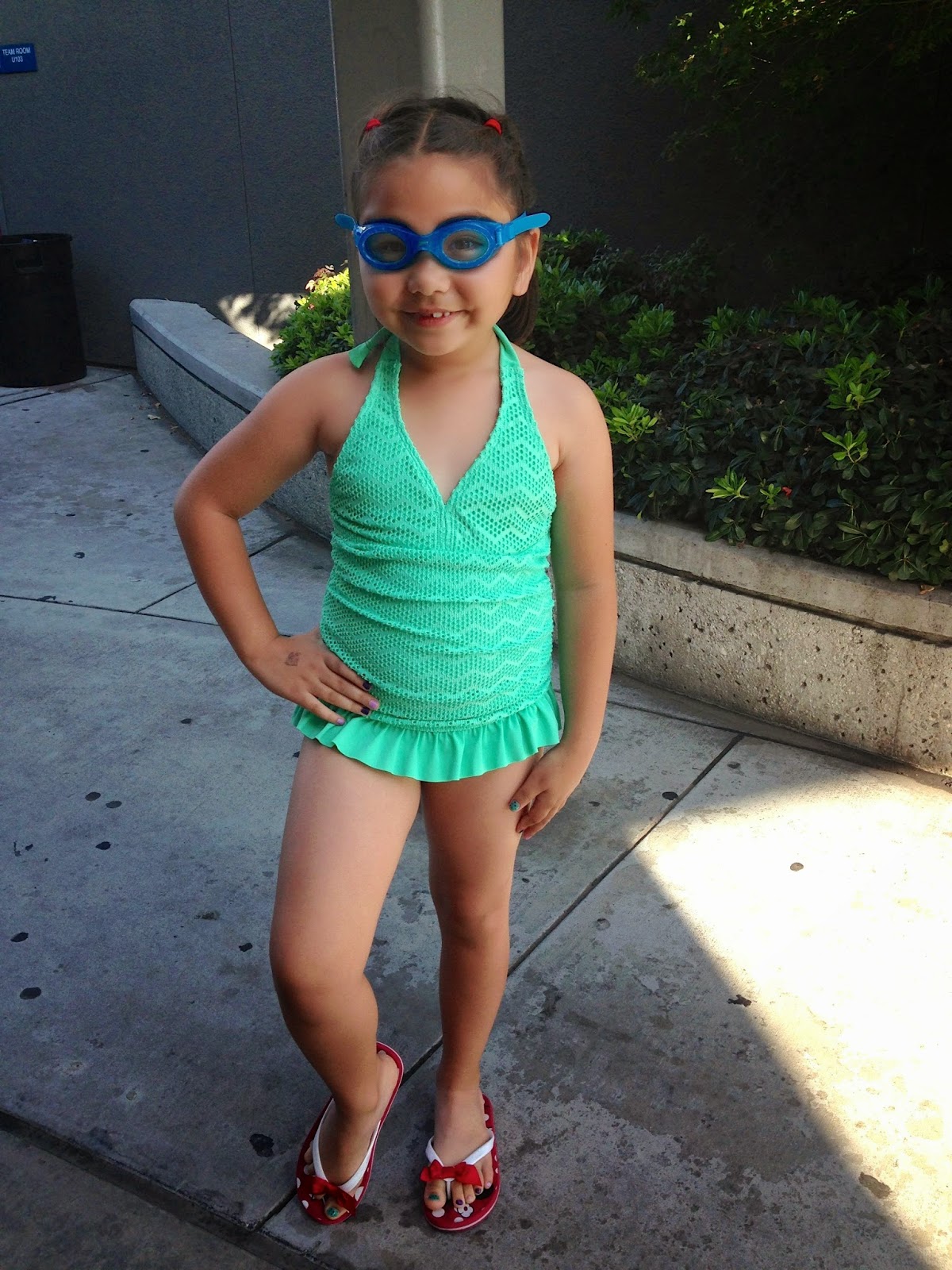 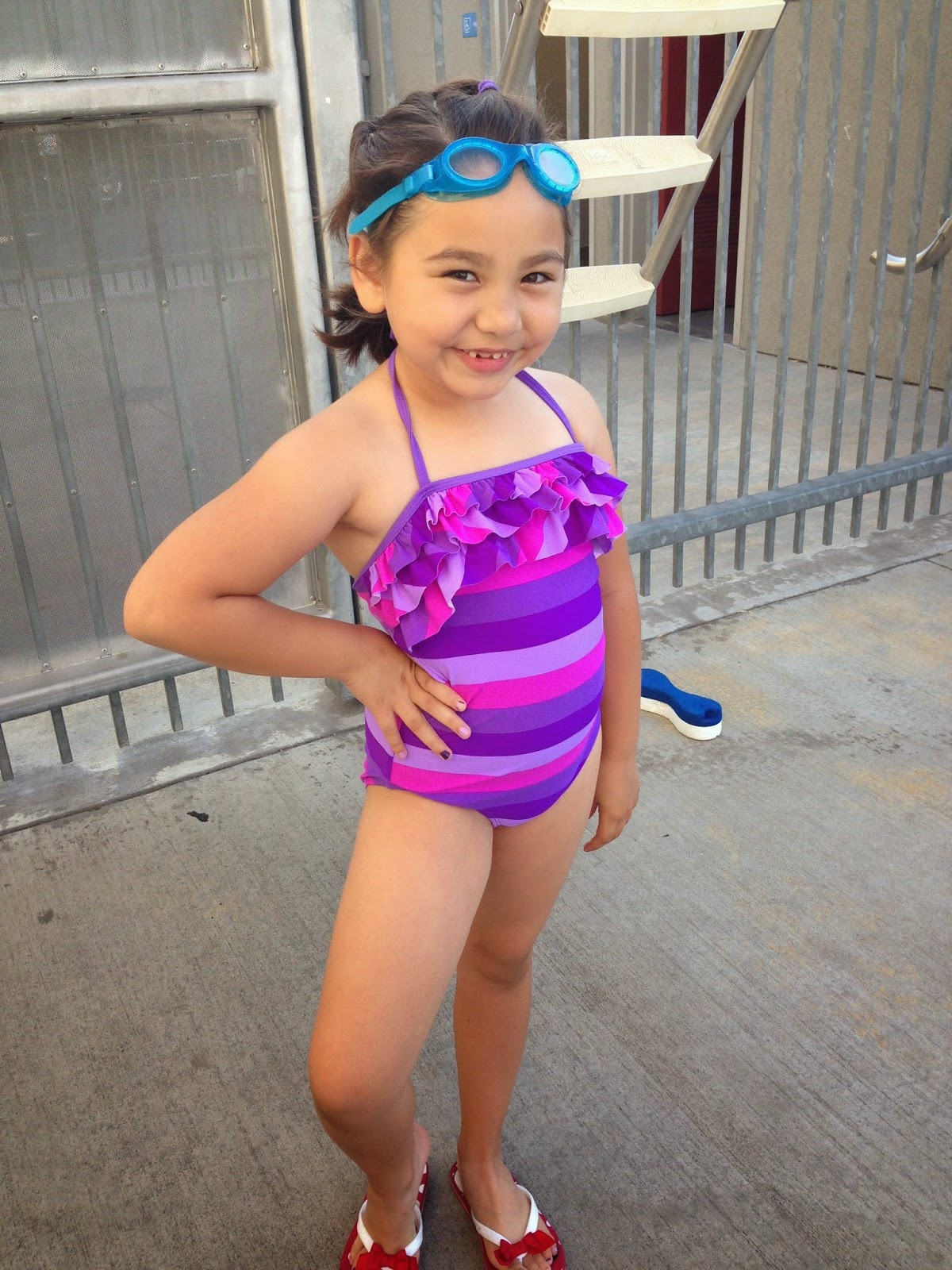 when i was perusing the city recreation catalog looking for those swim lessons, something else caught my eye - a basic cooking class that would teach her how to use basic kitchen equipment and touch on simple knife skills.  she was so excited when it was finally time for her first class. 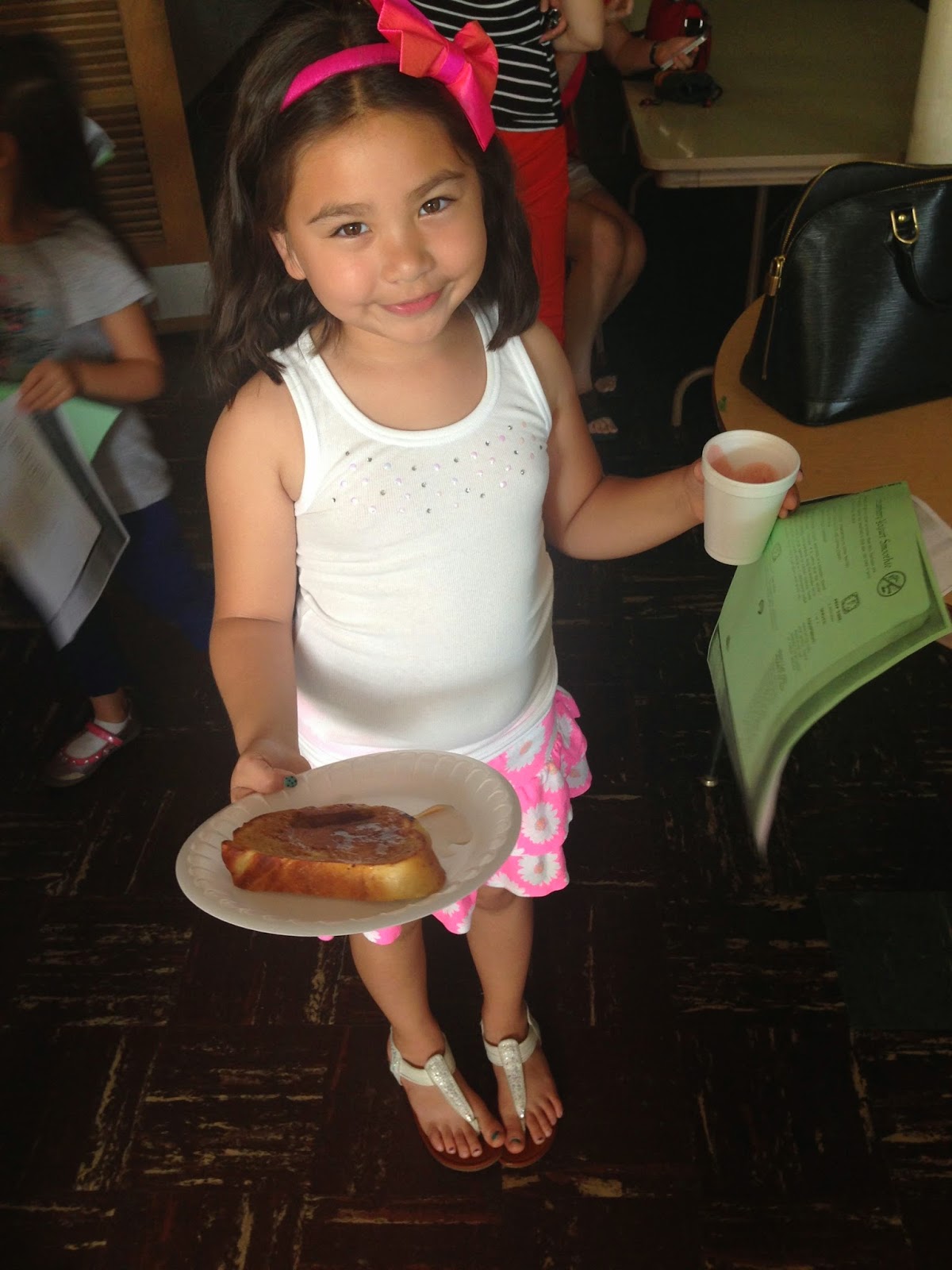 french toast and a strawberry-banana smoothie, which she sipped cautiously before declaring it "super delicious, mom."  excellent.

of course, we've gone to disneyland at least once.  summers are always crazy at the happiest place on earth, but we went before the giant crowds started descending upon the anaheim area. 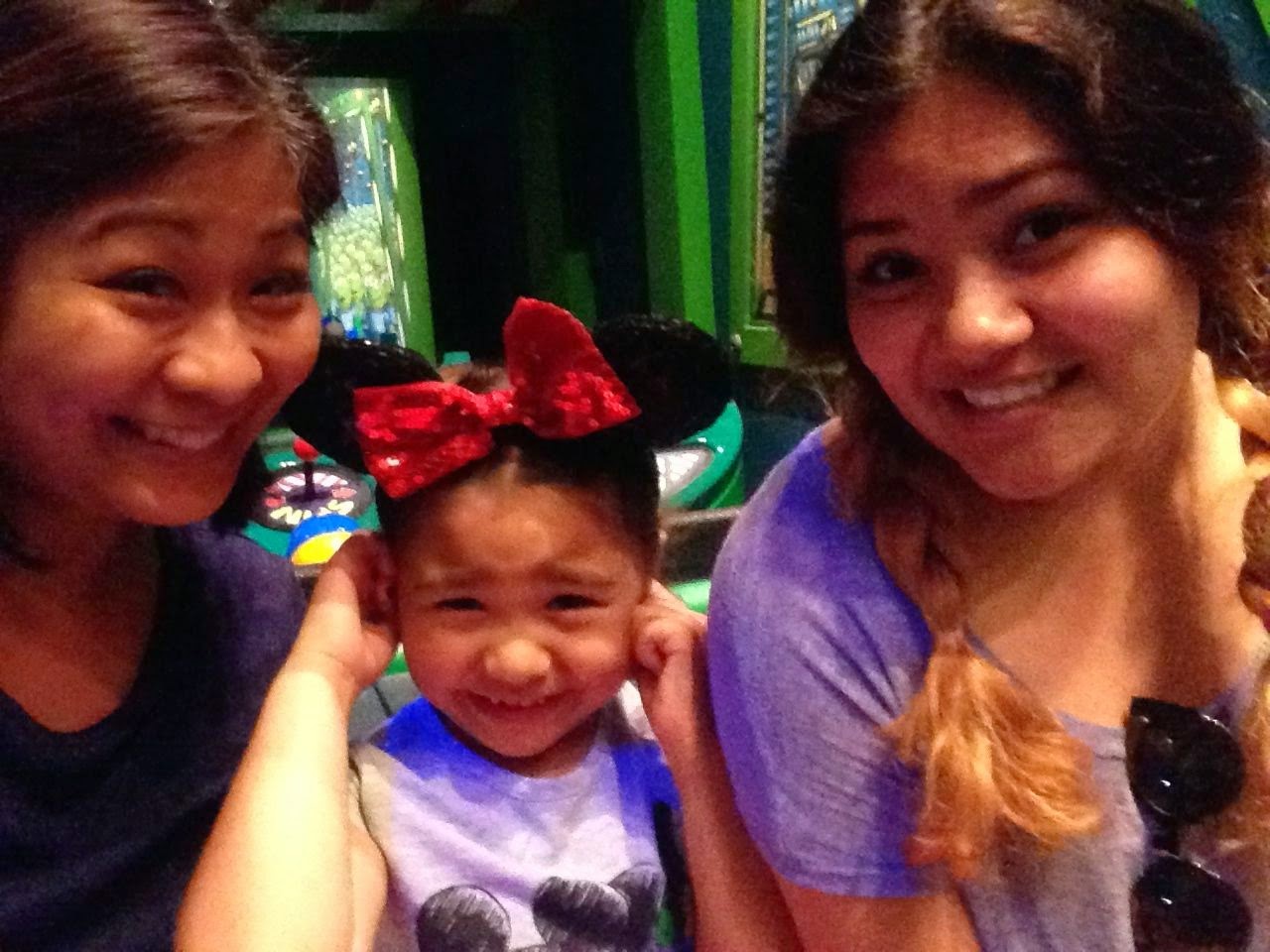 i love that learning how to play "sleeping beauty's waltz" on the piano totally flipped a switch for the bean.  for the first year and a half of lessons, i couldn't bribe her with anything to sit down and practice with any kind of regularity.  but now, she's sitting down willingly and practicing at least a couple of times a day.  even at disneyland, she managed to get a little face time at the keys.  she thought it was pretty fun to play a disney song at disneyland. 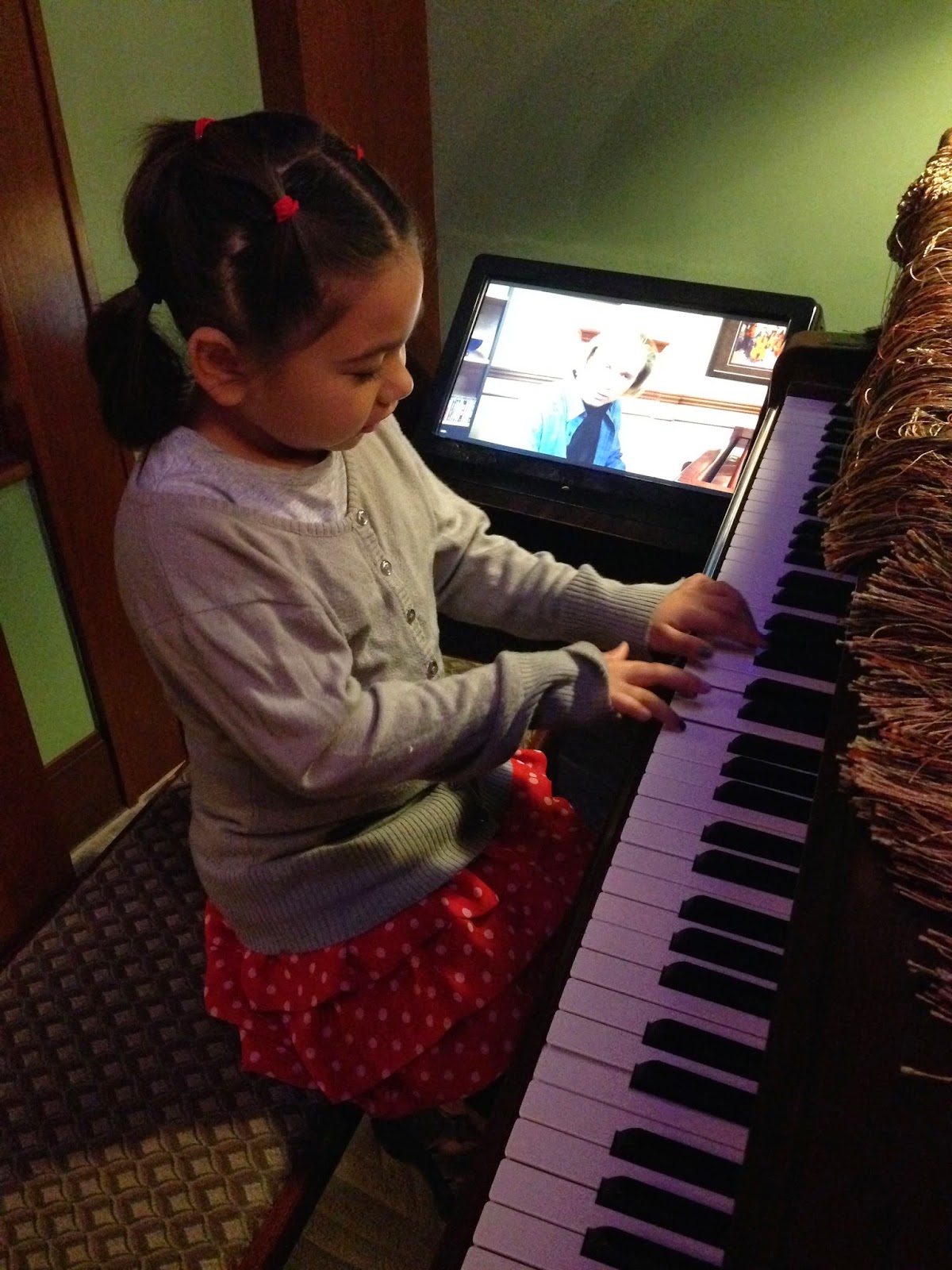 the teen, by the way, is doing a great job at work.  she's gotten a couple of paychecks now, and reports that various managers have taken notice of how much effort she puts into her job.  they've given her a pretty good work schedule, and most of the time she's finding herself working six days a week.  i'm really proud of her, and i'm hopeful that this is just the first step to finding something she really enjoys doing.

and with that first paycheck, she promised her sister a special treat: 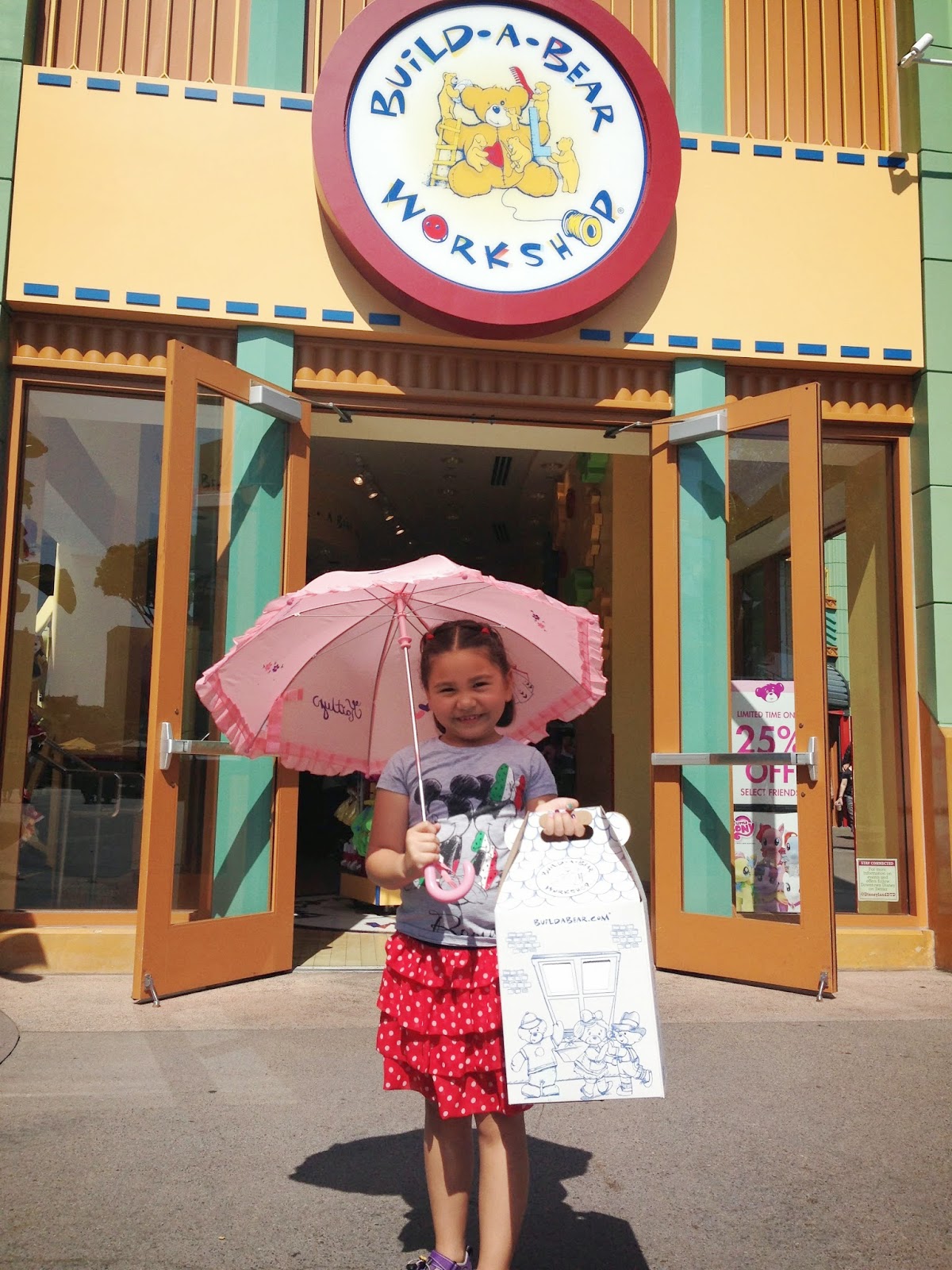 this week, summer school classes started.  at first, she protested a little - "i just wanna sleep in!" - which is a big joke considering this kid never makes it much past 7am.  but then she got to campus and saw some of her friends, and now she's all in. 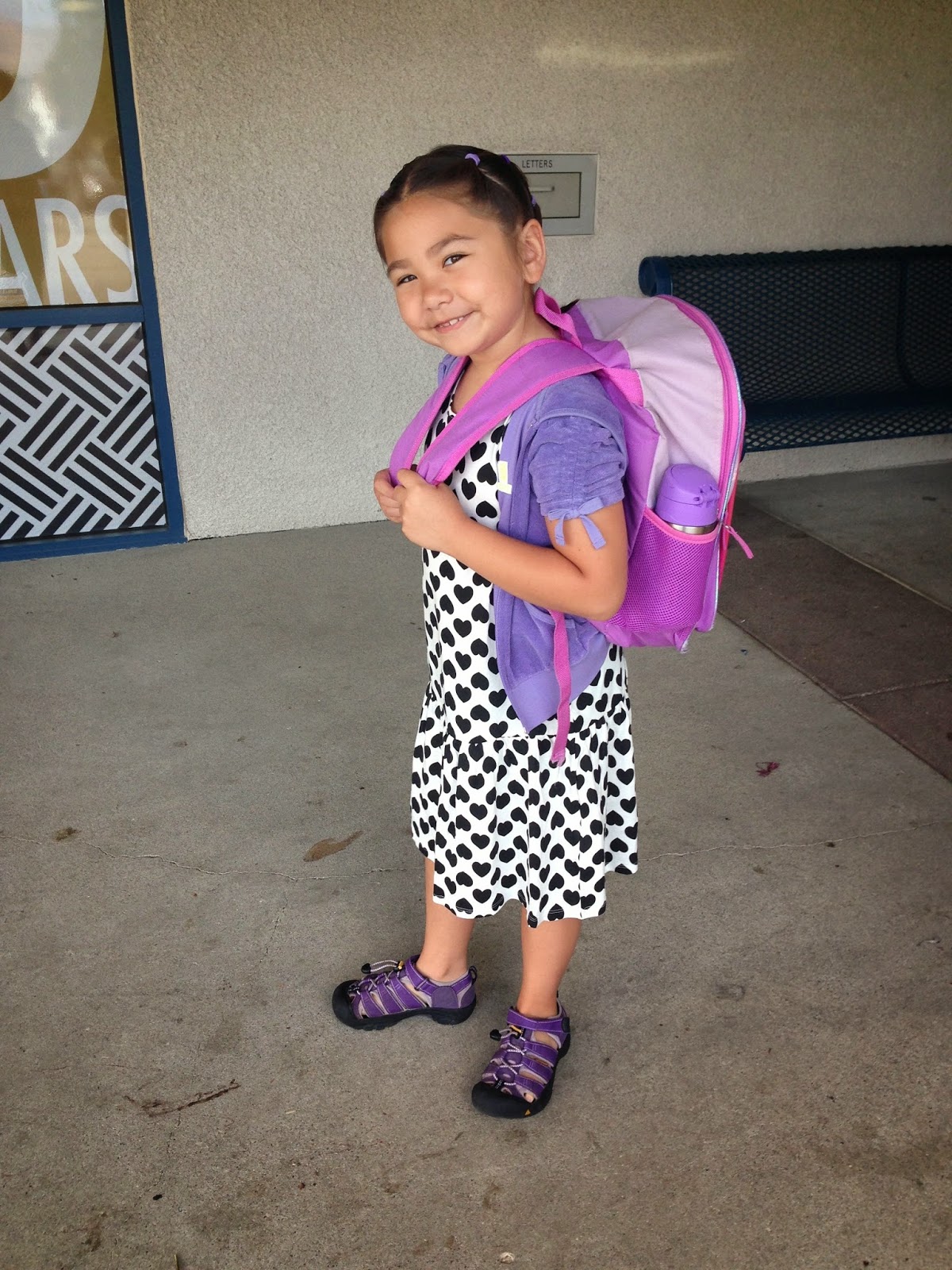 the academic portion of school is only three hours long anyway, and they do lots of field trips and fun on-campus activities.  when you throw in gymnastics and hula lessons, she's still one busy bean.