get your jazz hands ready

almost immediately after laura's service, i hightailed it back home to help the bean get ready for her dance recital.  this is her third one, and i'd say this one was by far the easiest and most laid-back of the bunch.  the only hiccup was the costume - having ordered it several months ago, it was just a little on the snug side.  nothing like having to tell your kid to "take a really big breath and hold it for a second!"  oy vey.

also, i'm terrible at putting on blush.  i'd bought some cheap cream blush in a bright shade because i didn't have anything that actually showed up on her skin, especially onstage under bright lights.  we giggled through the whole process as i smeared it on, wiped it off, smeared more on, wiped more off. in the end i pretty much threw my hands in the air and just let it be.  the long wear lip stain pen i also bought for her worked out much better.  she managed to hold still long enough for me to put it on her without drawing all across her face, and with a quick braid in her half-up hair, we were ready to go.

the recital was at monrovia high school this year.  although this was one of my high school's biggest rivals back in the day, i gotta say - this school is really nice.  inside the auditorium, we joined the long line of frazzled parents and wiggly dancers to get her checked in. 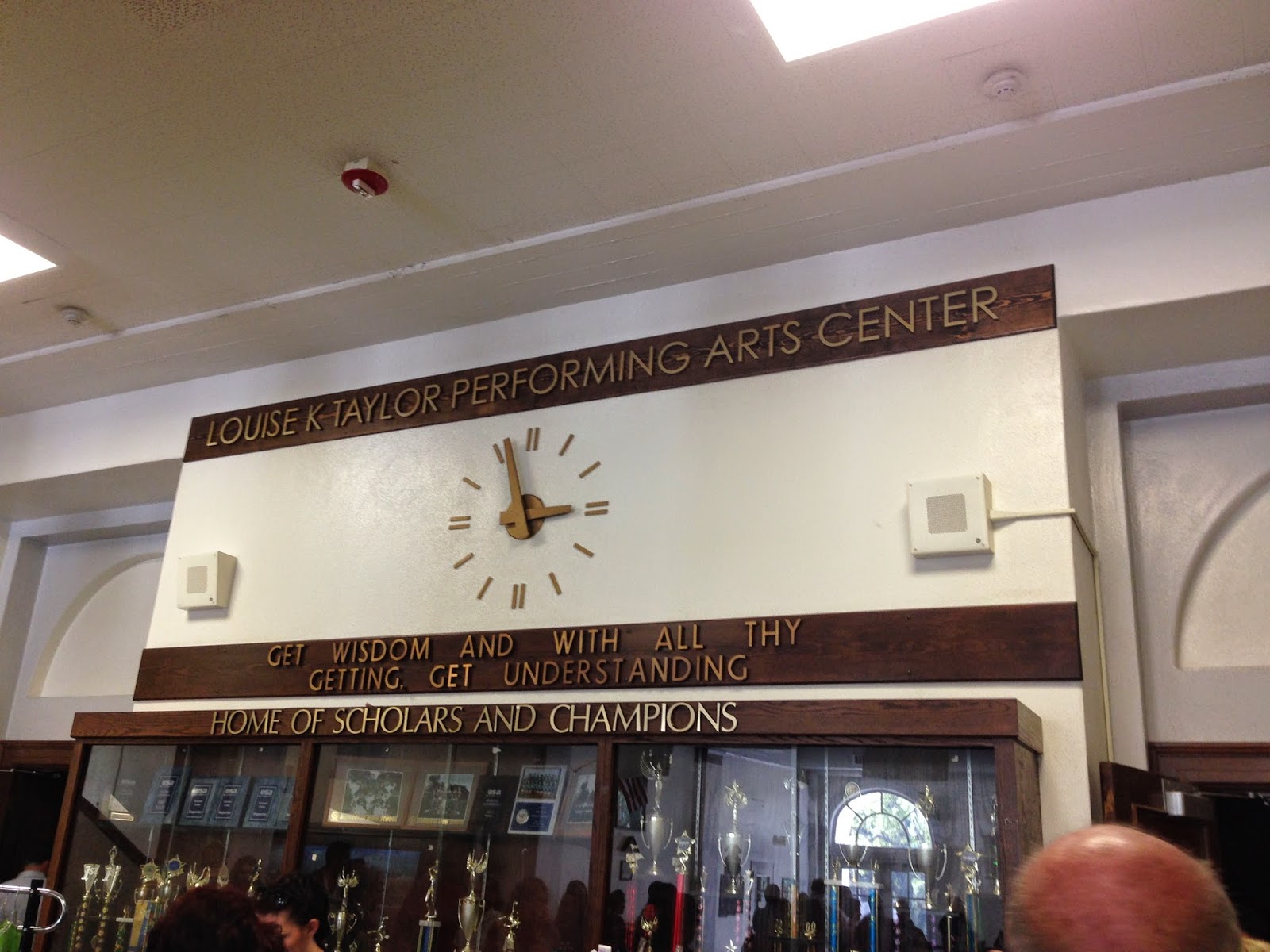 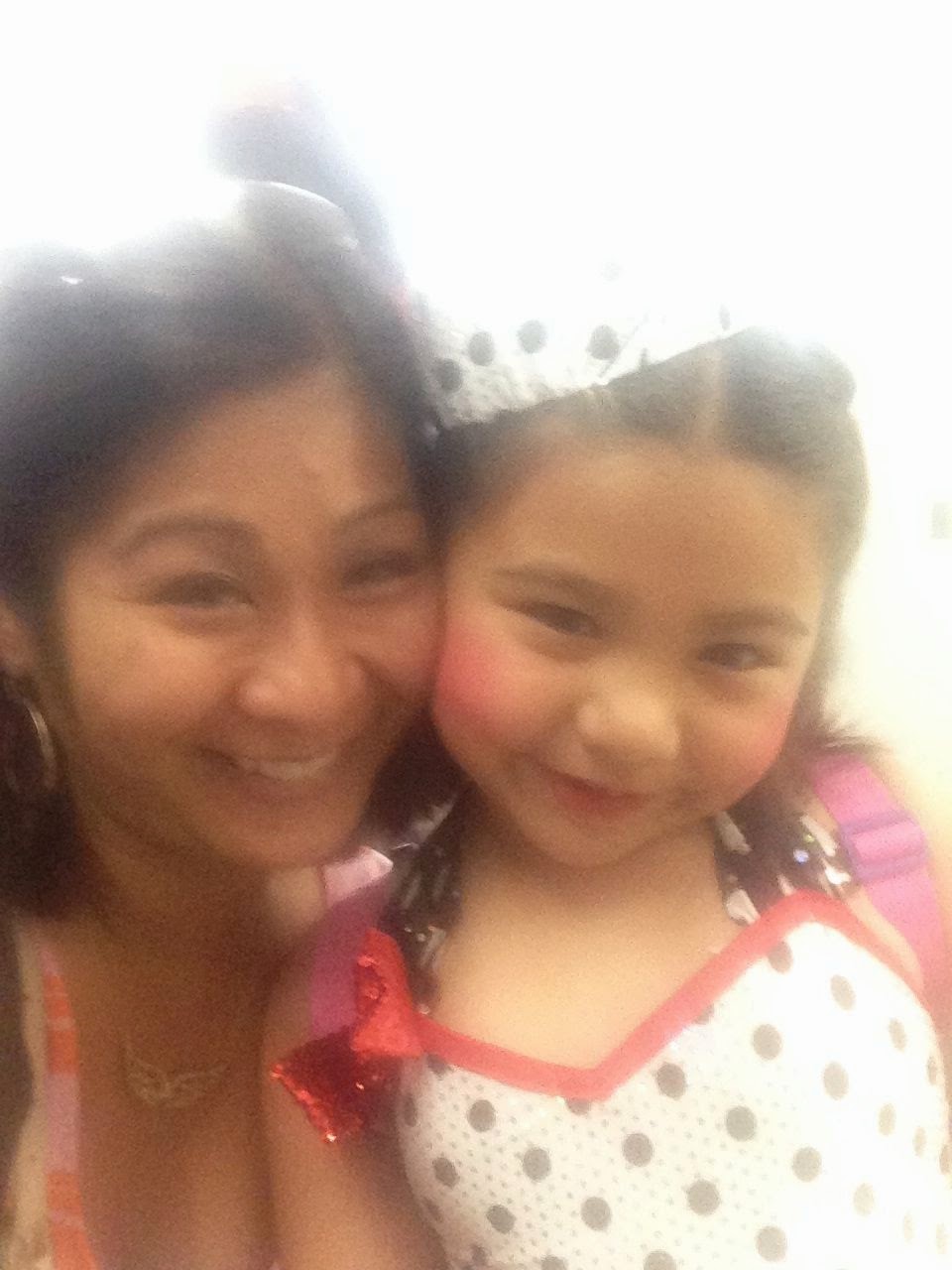 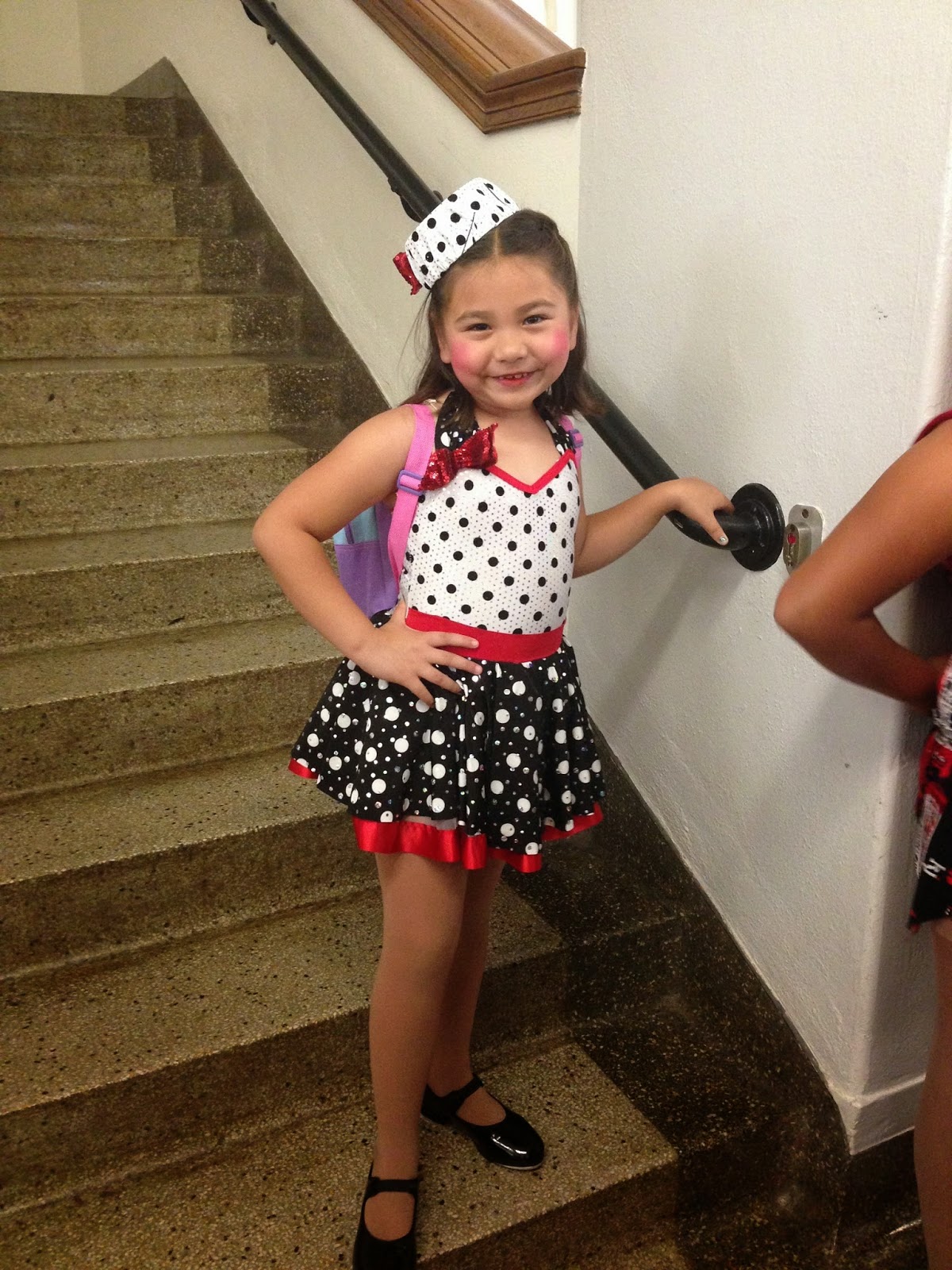 the teen and i had split up so that she could save us a spot in the other line - the one that actually got us into the venue to grab seats.  they were first-come, first-served and we knew it would be a challenge to get a seat with a decent view.  look at this crazy cluster of humanity. 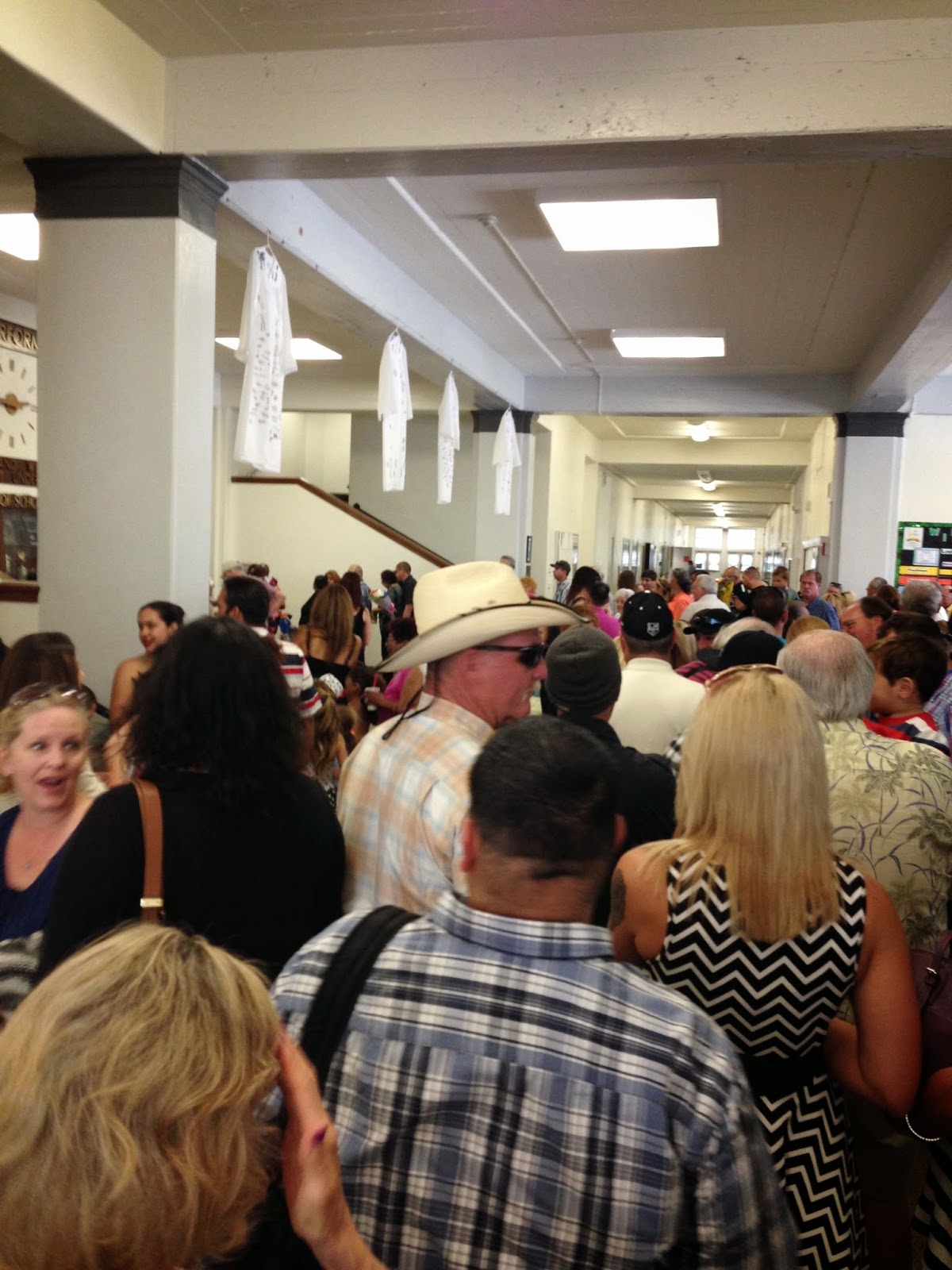 i'd warned the hub that the show was two hours long, with her part in the latter part of the second half.  i knew he wouldn't want to sit through it, so the teen and i just saved him a seat.  by the time we got inside, all of the good spots were taken (of course), but we realized that there was a balcony.  when we got up there, we found that there were only about four people who'd also made that discovery.  score!

we attempted to sit in the very front row, but the videographer had set up two cameras and very politely told us that the fire marshals had warned him not to let anyone sit in the same row as where tripods were set up.  and of course, he had one in the first two rows.  oh, well.  the third row offered the same exact view anyway.

while i was fully prepared to be less than completely entertained as i waited for my kid to take the stage, i was pleasantly surprised (as was the teen).  we watched every single one of the dances performed by groups ranging in age from 3 to teenagers, plus a few brave dancers who did solo numbers.  different genres were represented - ballet, tap, jazz, interpretive, hip-hop, latin.  it was all really fun to watch, and before we knew it the hub had arrived with a bouquet of flowers in hand for our little dancer. 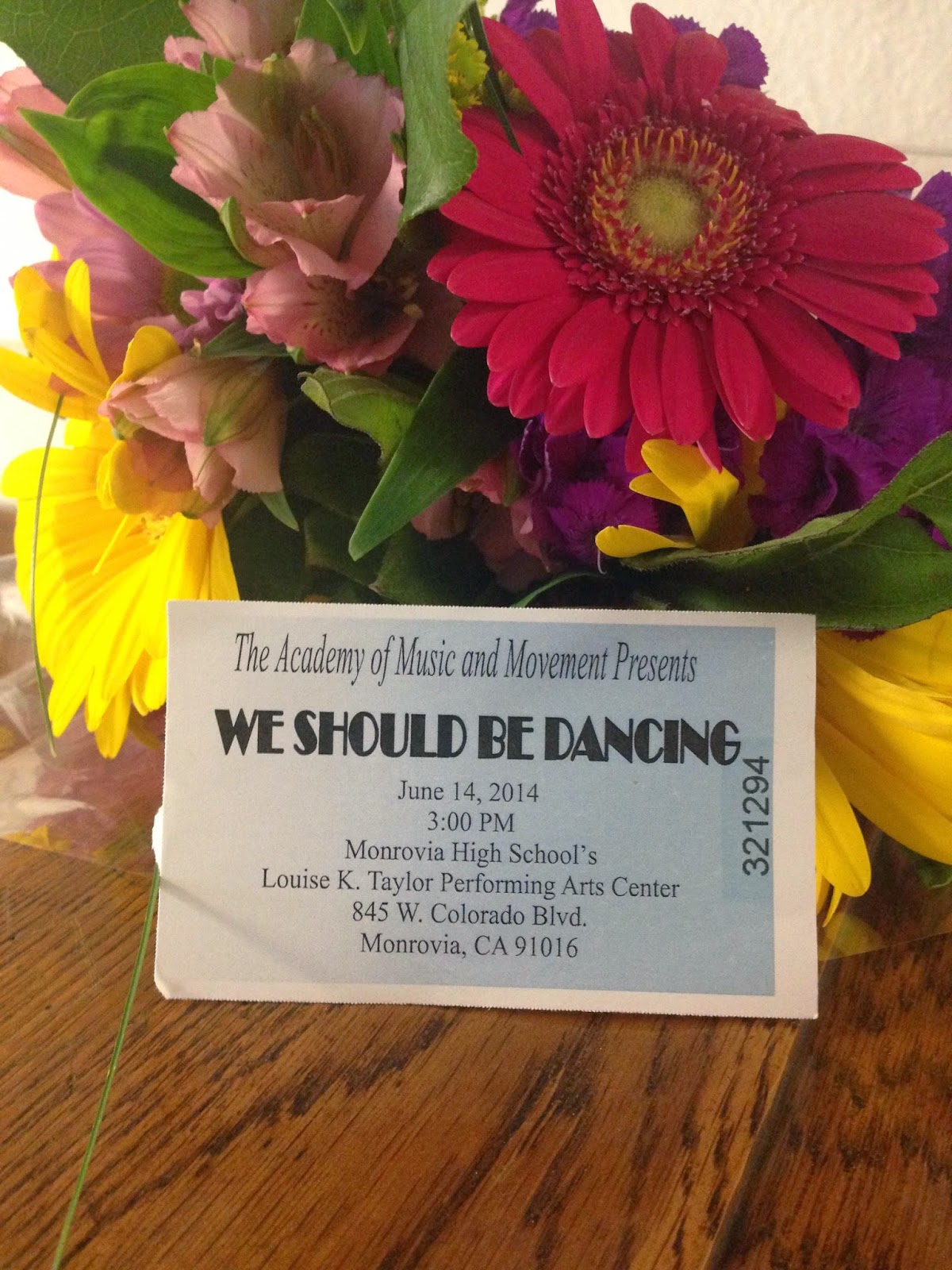 and when i spied her class taking their place onstage at last, i grabbed my phone to take some (admittedly VERY blurry) pictures to share.  i've watched them practice this routine quite a few times, so i knew what to expect.  do you remember "hey mickey," that song from the 80s that cheerleaders everywhere did some sort of a routine to back in the day?  well, that's the song they danced to...sort of.  it wasn't the original toni basil version but a non-kidz bop one with more kid-friendly lyrics and the same bouncy beat.  i beamed with pride as i watched her strut her stuff and smile excitedly at the audience.  third from the left: 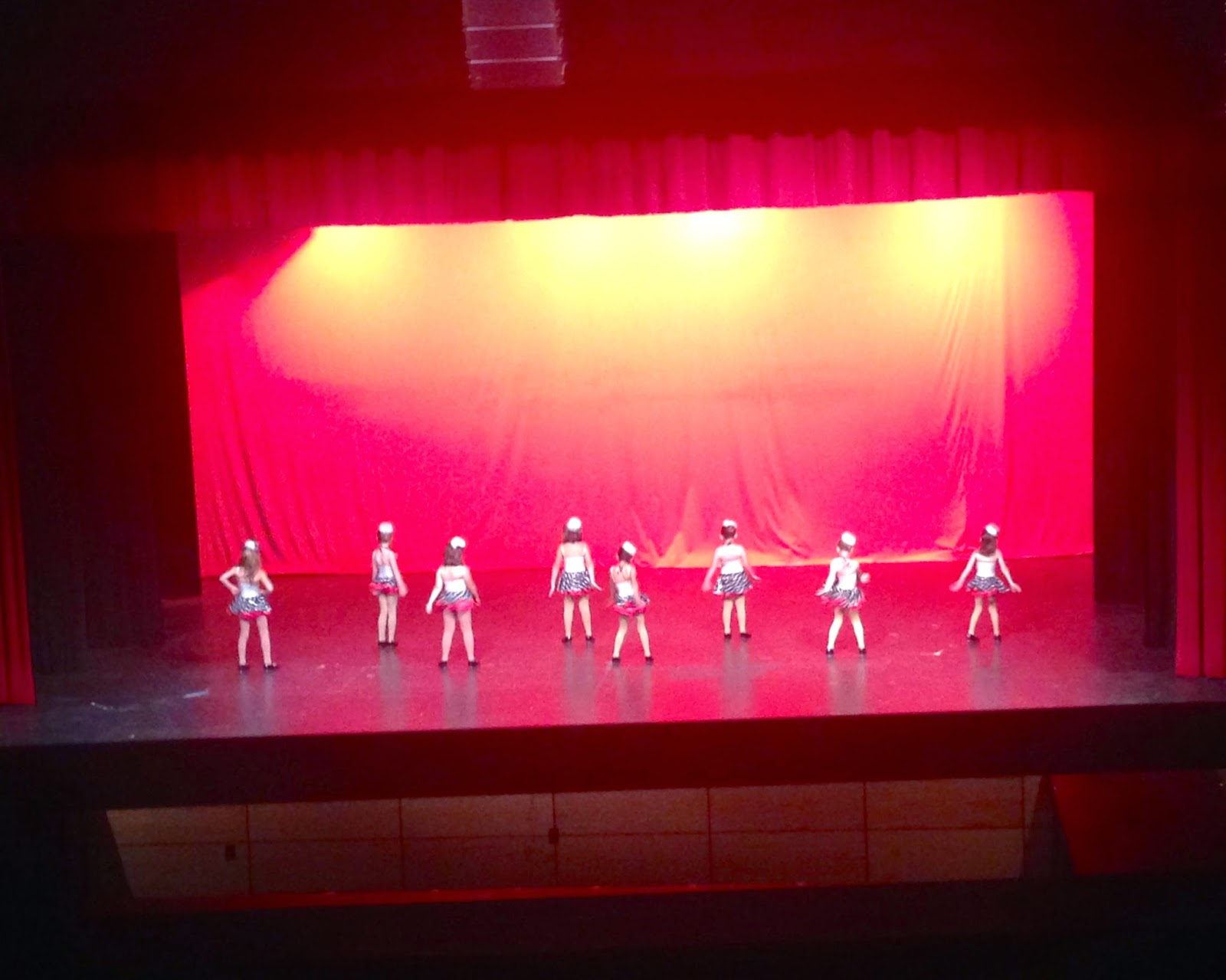 also, i was extra proud that she's at an age where they practice so much that they've got the routine down.  they don't need the teacher to stand next to them onstage, doing the dance along with them to keep them all focused.  nope.  they're real dancers, yo! 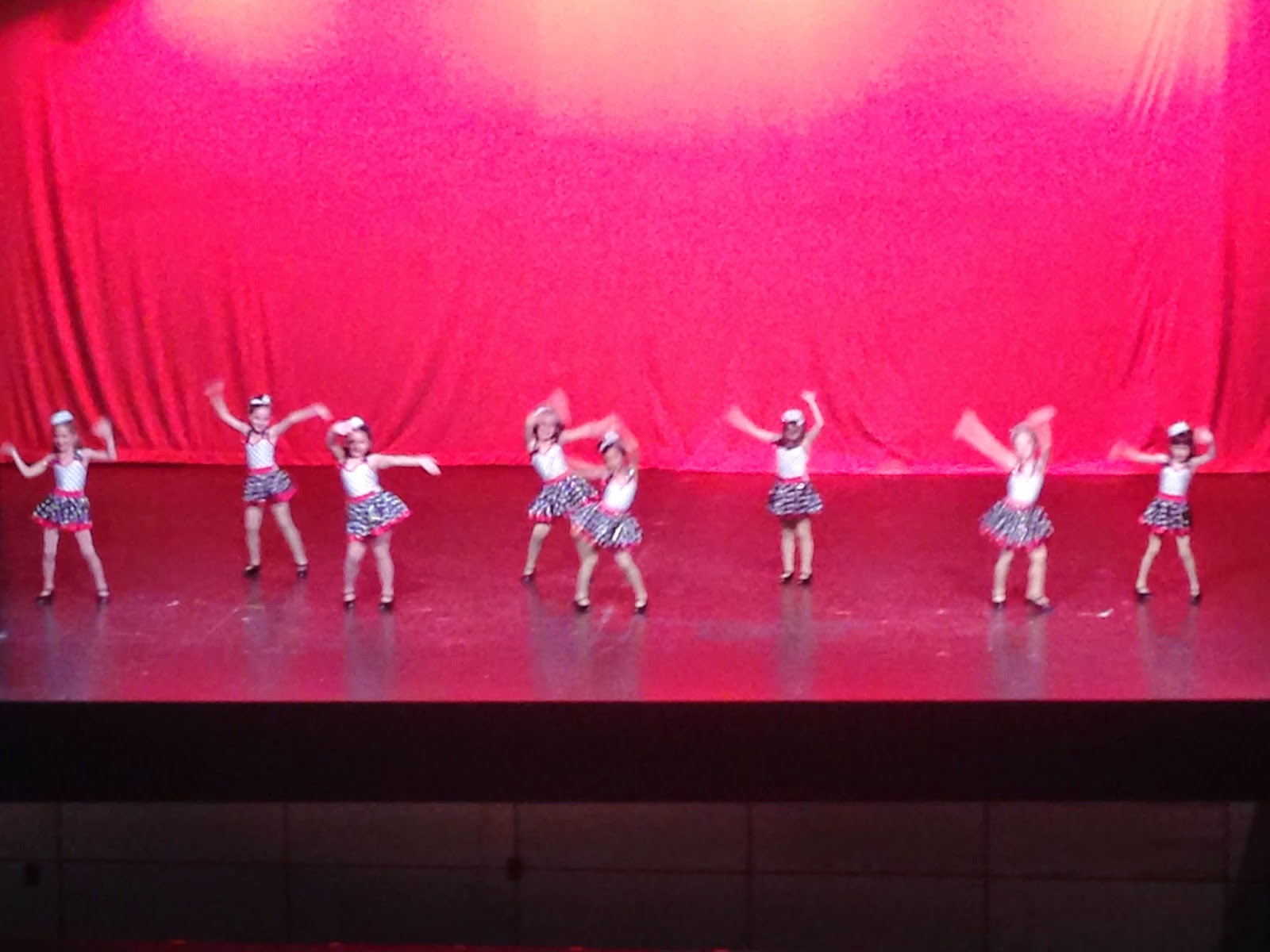 there may have been just a little bit of kiddie twerking.  heh. 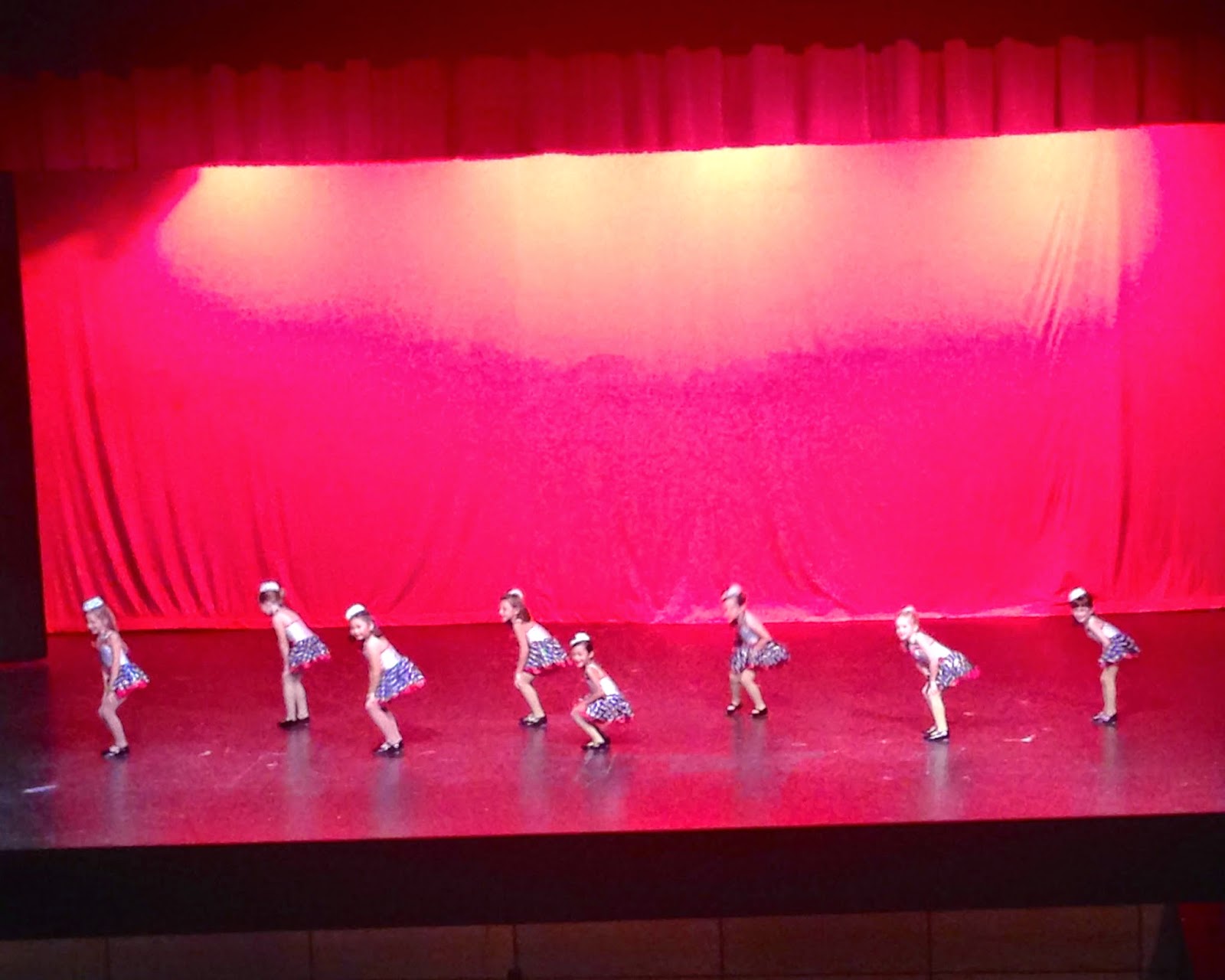 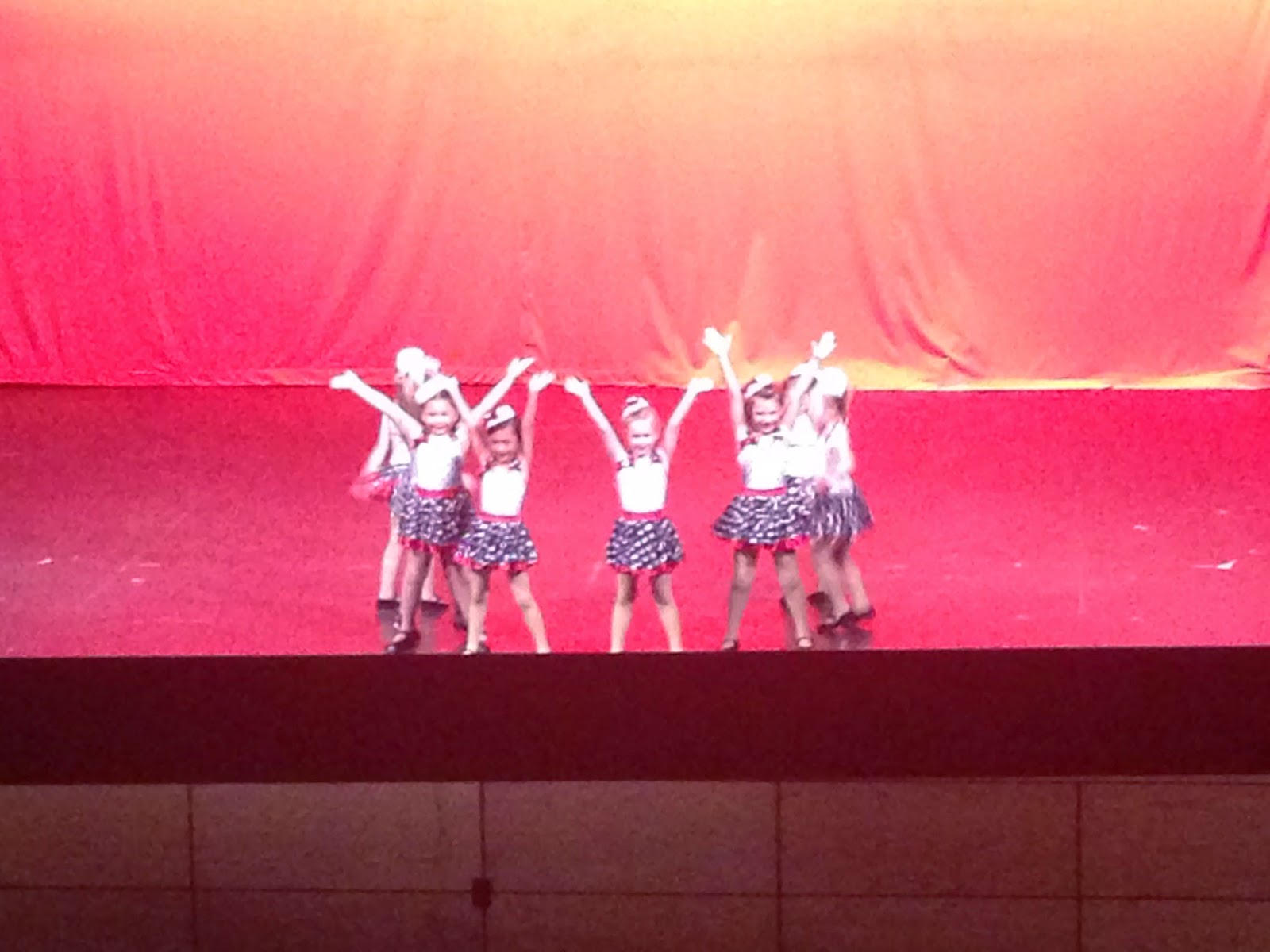 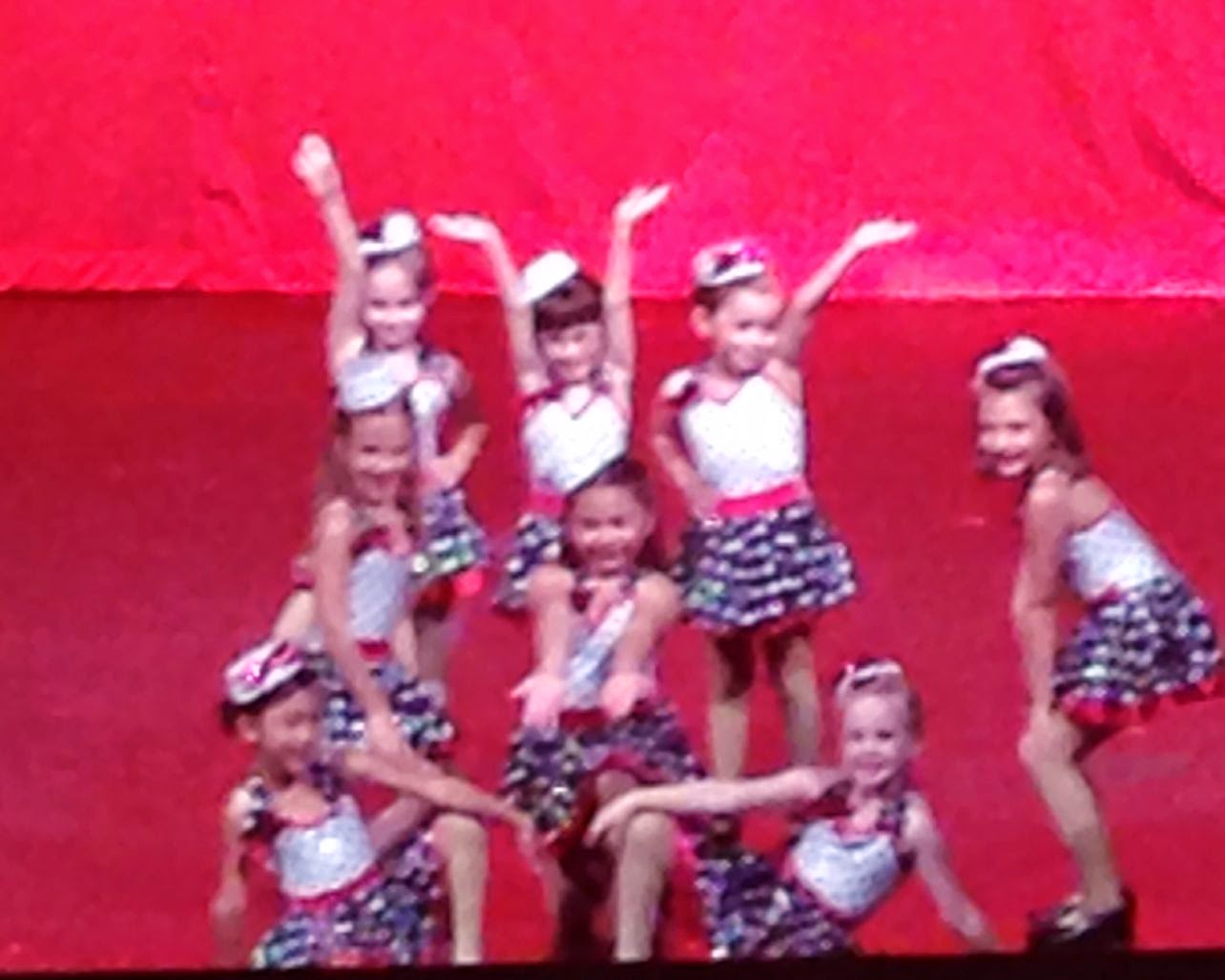 the teen glanced over at me and then did a double-take.  "are you crying?" she asked.

although some of those tears came from a different place, considering where i'd spent my morning.  i couldn't help but think of laura and feel incredibly sad that she would never get to watch her little girls perform in a dance recital like this.  there were some very bittersweet thoughts running through my head as i sat up in that balcony.

just a handful of dances came after that, and then it was time for all of the groups to come out for their curtain call. 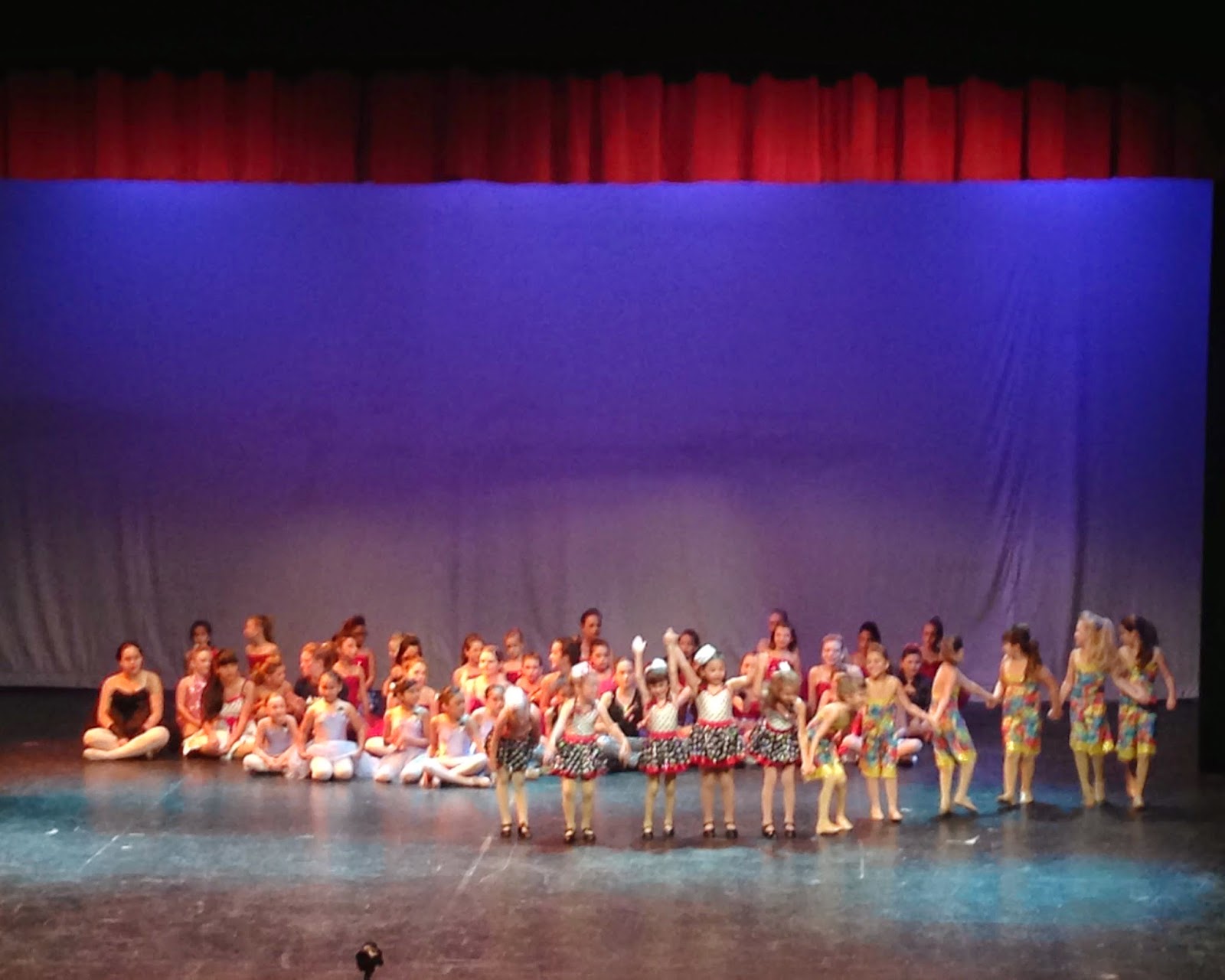 outside, we caught up with our friends rocky and both of her mini-mes.  the girls posed for a quick picture together before we were pulled in opposite directions. 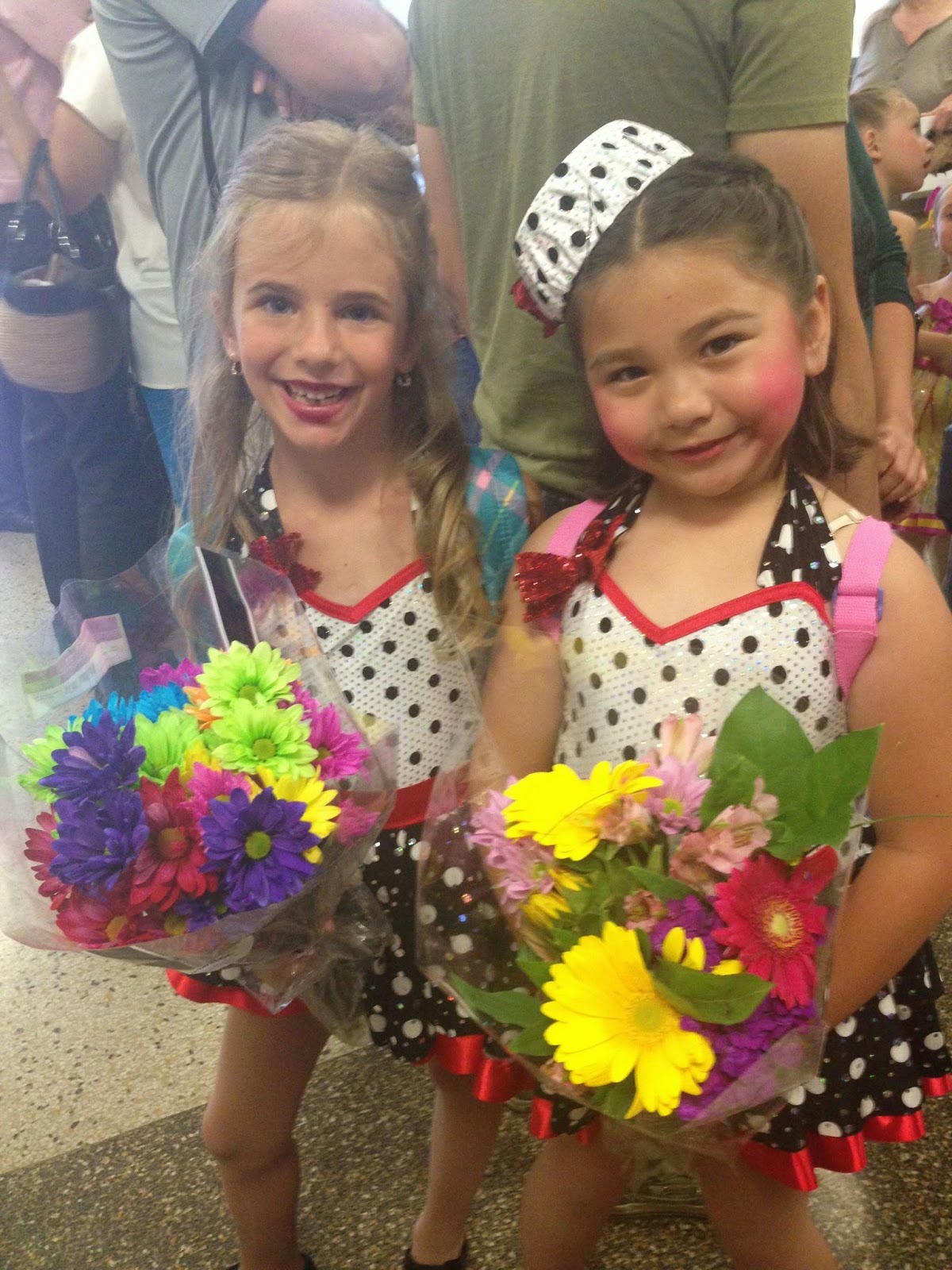 one last selfie, minus the teen who'd had to leave to get to work on time. 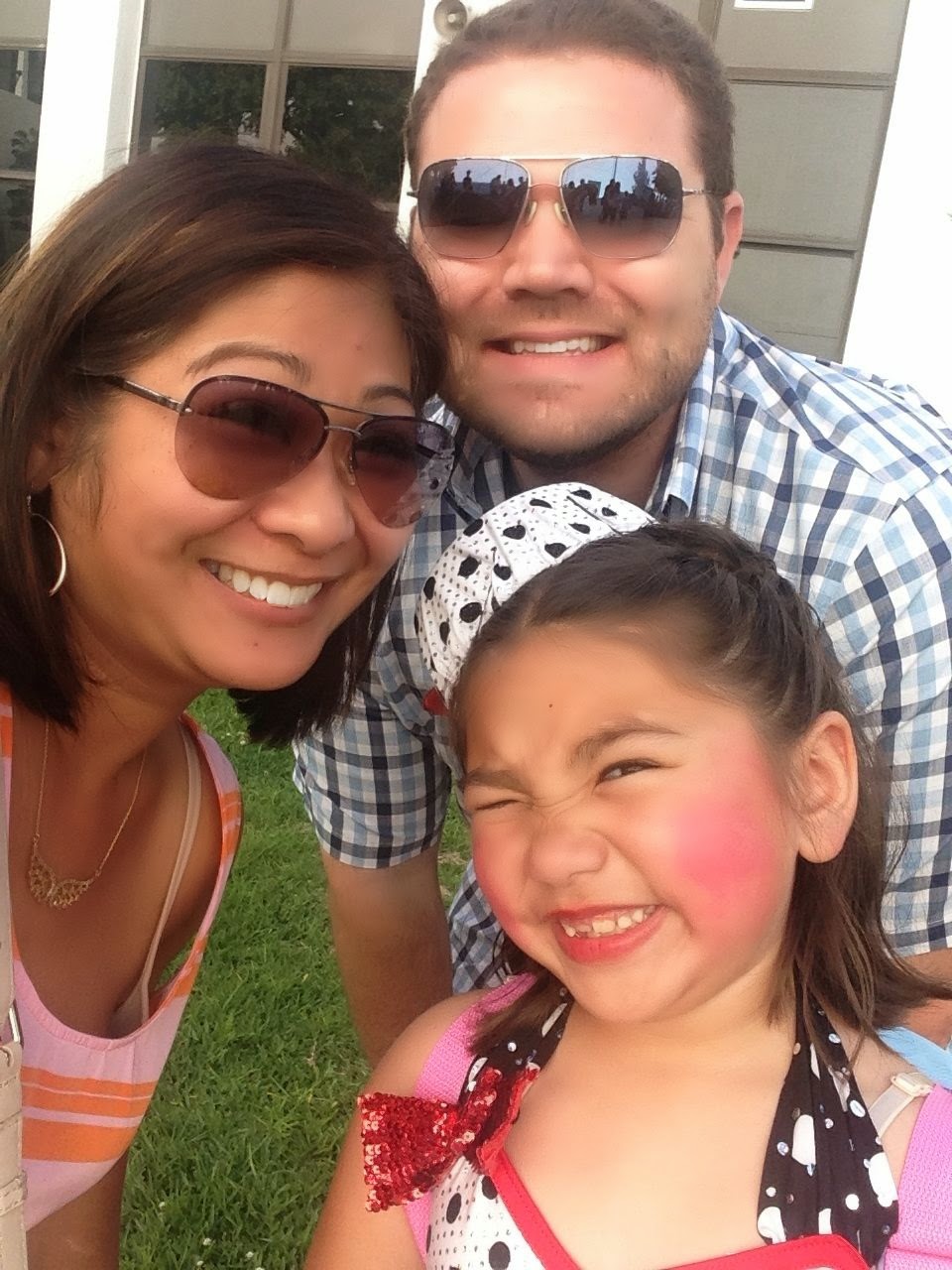 so yeah...i'd thought that we were done with dance.  but after watching that performance?  uh, no way can i let that come to an end.  she'll still get to take the summer off, and then she'll start up again in the fall.  i asked her if she liked ballet or tap better, and the answer i got was a little surprising:  "mommy, i think i want to try jazz."