you know what's delicious?  IKEA meatballs.  that's either not news to you or you're gasping in horror at the very idea.  heh.  and although i have an IKEA not too far from me, where you can scoop up a package of frozen meatballs and a couple of packets of gravy mix for about $10, i don't always feel like tackling the maze that always ends up with a full cart of stuff i HAVE TO HAVE.

so i turned to my friend google, who gave me a plethora of recipes to choose from.  but because i am lazy like that, i went with the easiest possible option.  and instead of mashed potatoes, i cooked up some buttered egg noodles.  pretty damn yummy, if i do say so myself. 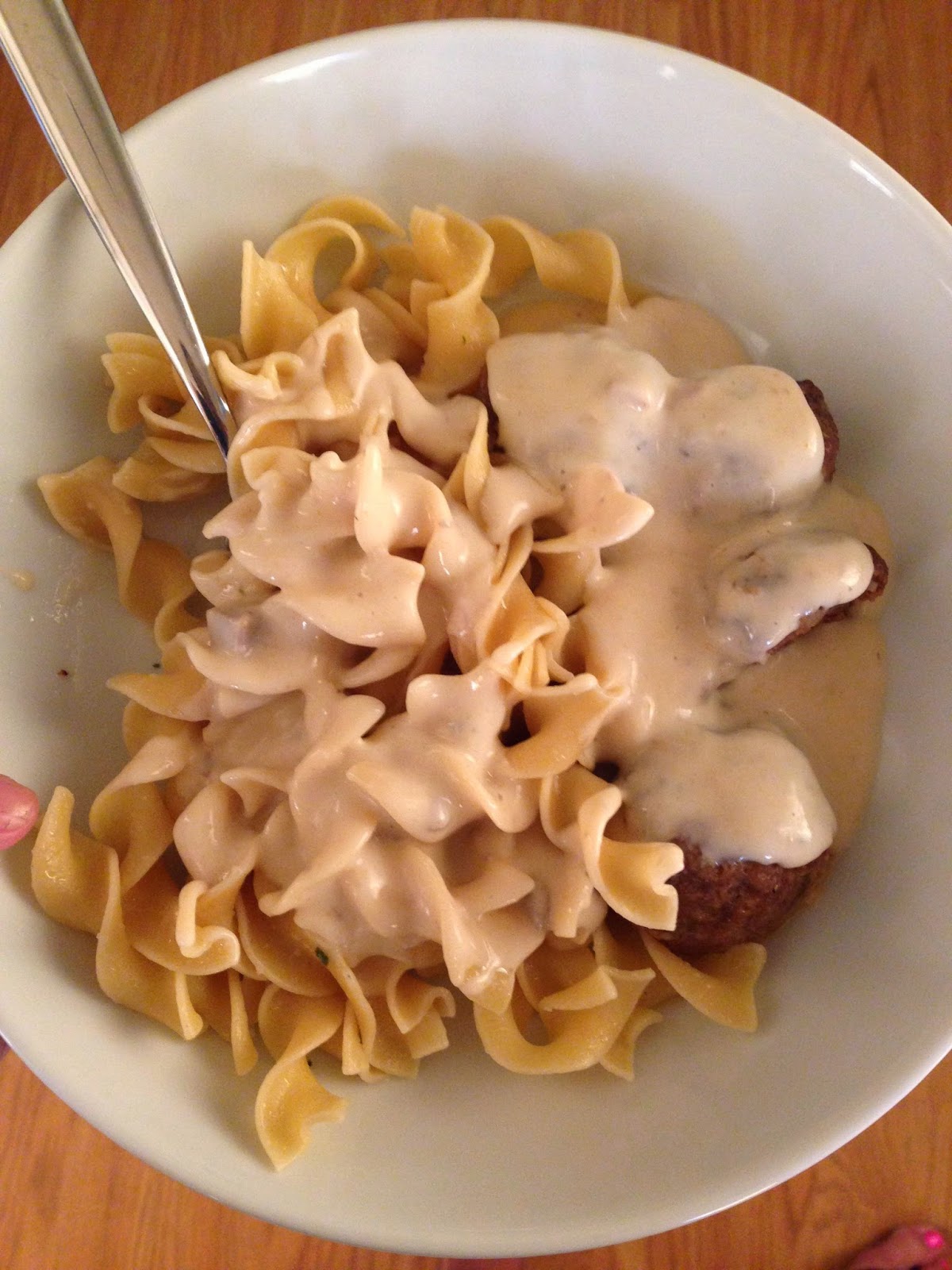 i've also been having some fun playing with my the hub's new toy, that george foreman grill.  i'd forgotten how awesome that thing is, and google also gifted me with an entire website dedicated to recipes of stuff you can make on it.  while the picture i took doesn't look appetizing - like at all - these brown sugar glazed pork chops are pretty stinking tasty. 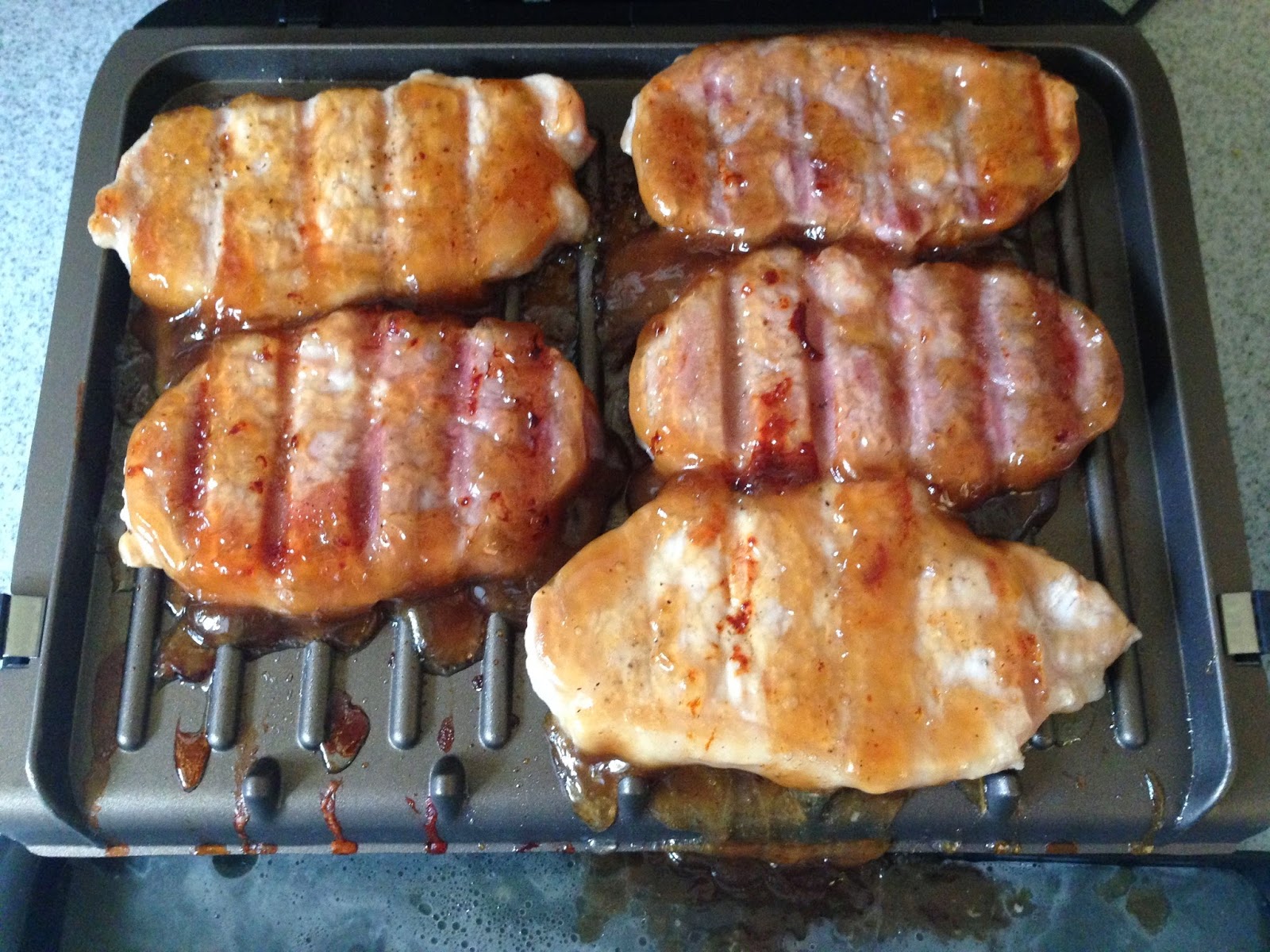 the bean liked the bacon cheeseburgers i made last week so much that she requested them again.  i wasn't feeling in the mood to bust out the mickey equipment again, but she was okay with that.  except that since i used the buns without any reshaping or cutting or anything, i ended up with that same old problem homemade burgers always have.  WHERE'S THE BEEF? 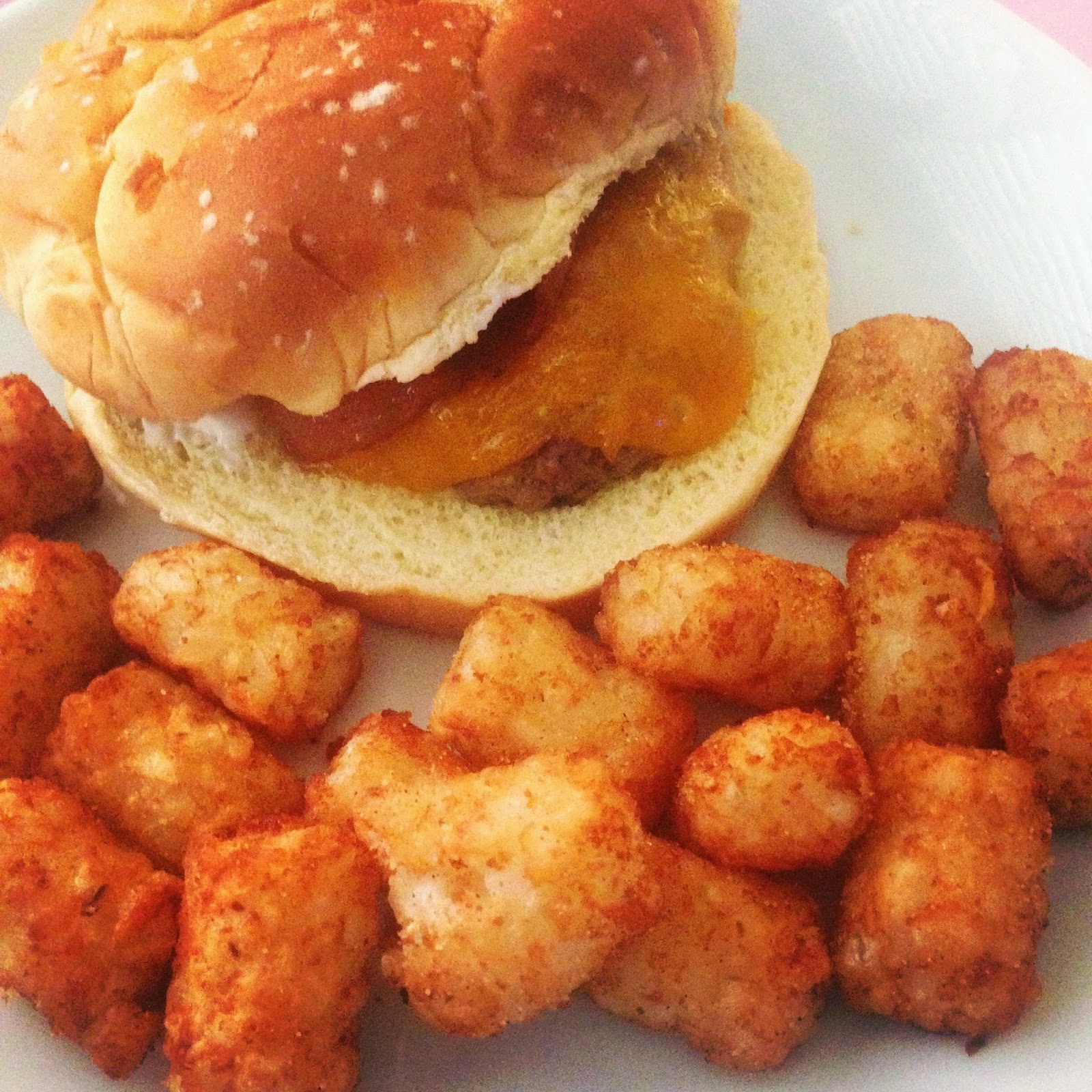 it's okay though.  i just surrounded it with tots and all was well.  tots are always the solution.

you know what else is delicious?  those crappy pillsbury cinnamon buns that scare the shit out of you when that poppin' fresh dough explodes out of the can.  once i recovered from the heart attack, this happened. 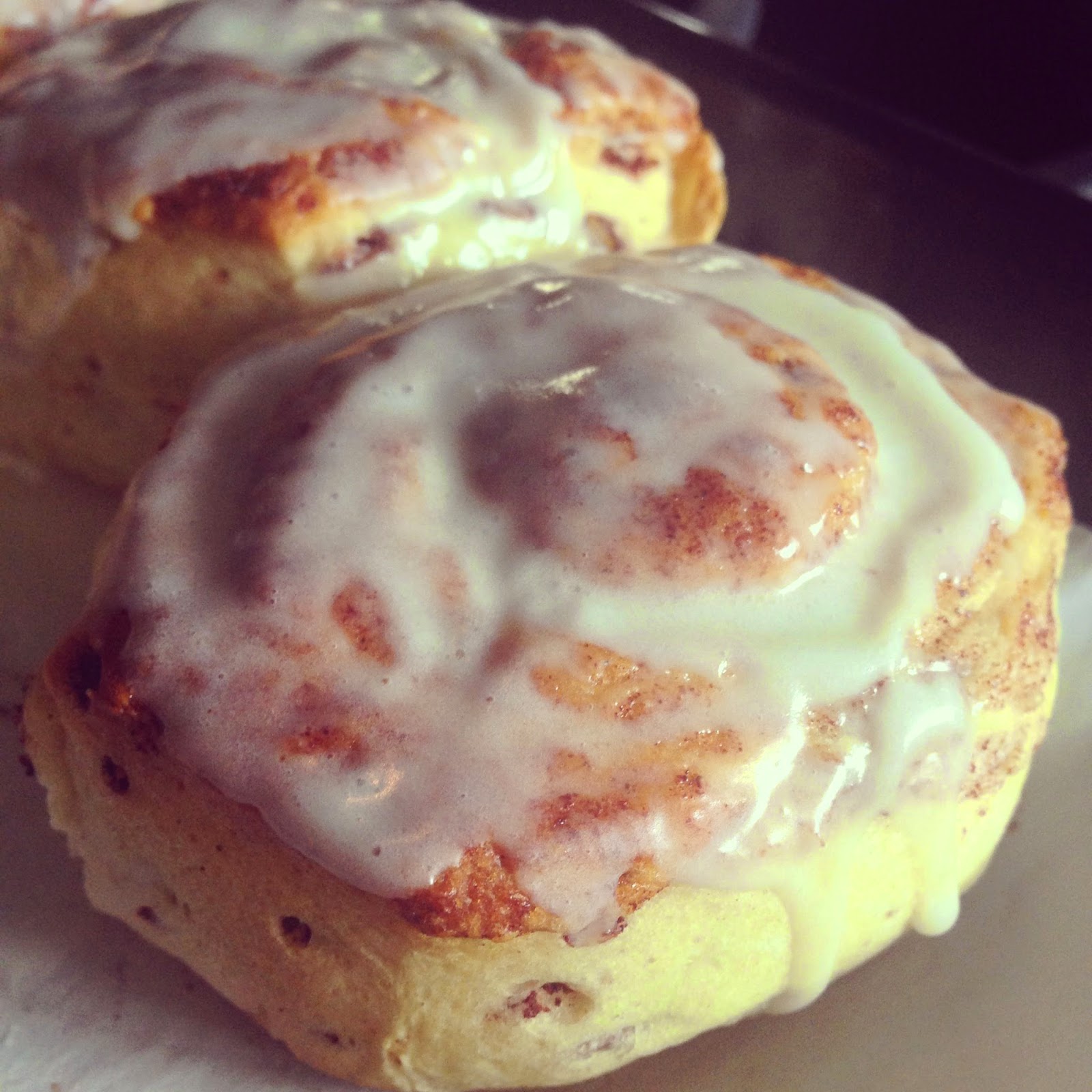 ah, it's always such a delightful culinary experience here at the house of wan.
at June 26, 2014

Email ThisBlogThis!Share to TwitterShare to FacebookShare to Pinterest
Labels: adventures in cooking, george foreman is awesome