i know i've been posting about the bean a lot lately, but it's the end of the school year and, well...yeah.

a lot of people think having a "graduation" for kindergarten is stupid.  i get it.  i really do.  but this is not exactly a new concept.  i mean, the teen went through it too, as did hordes of kids before her.  and i'm not gonna lie, it's super cute.  and really, it's just a sweet assembly where the teachers hand out awards and celebrate the end of the year.  how is that a bad thing?  although i gotta say, it's the parents who take it to whole other level.  there were cameras on tripods, balloons, flowers, money leis - i had brought none of that.  it's KINDERGARTEN.  sheesh.

that morning, we were running around getting ready when i realized something:  i needed to take a picture to commemorate the day.  i grabbed the DIY chalkboard, scribbled on it, and handed it to the bean to snap the shot.  do you love it, or what? 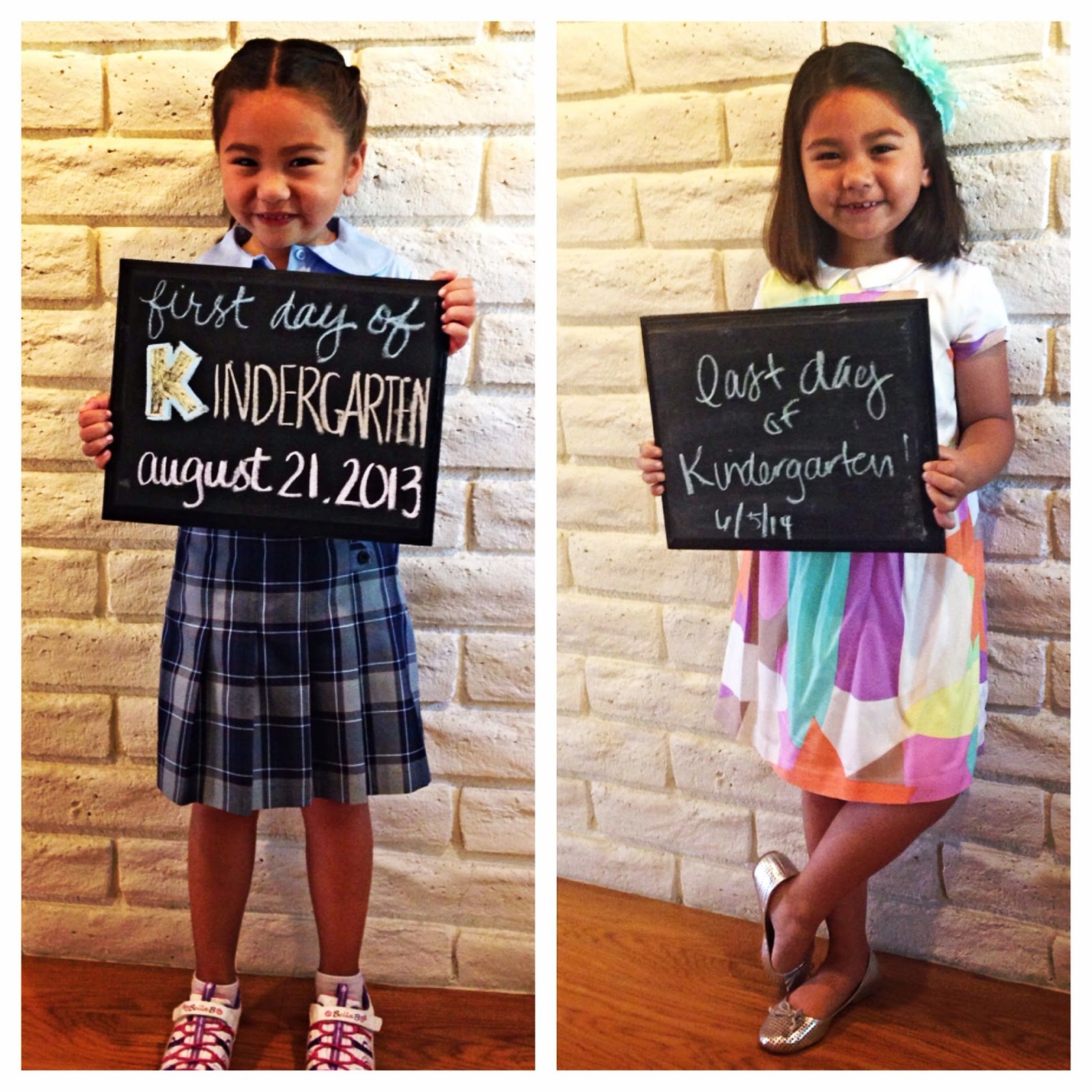 when we got to school, some of the upper grades were getting ready for a last-day-of-school field trip while the kindergarteners were running around all dressed up for their big day. 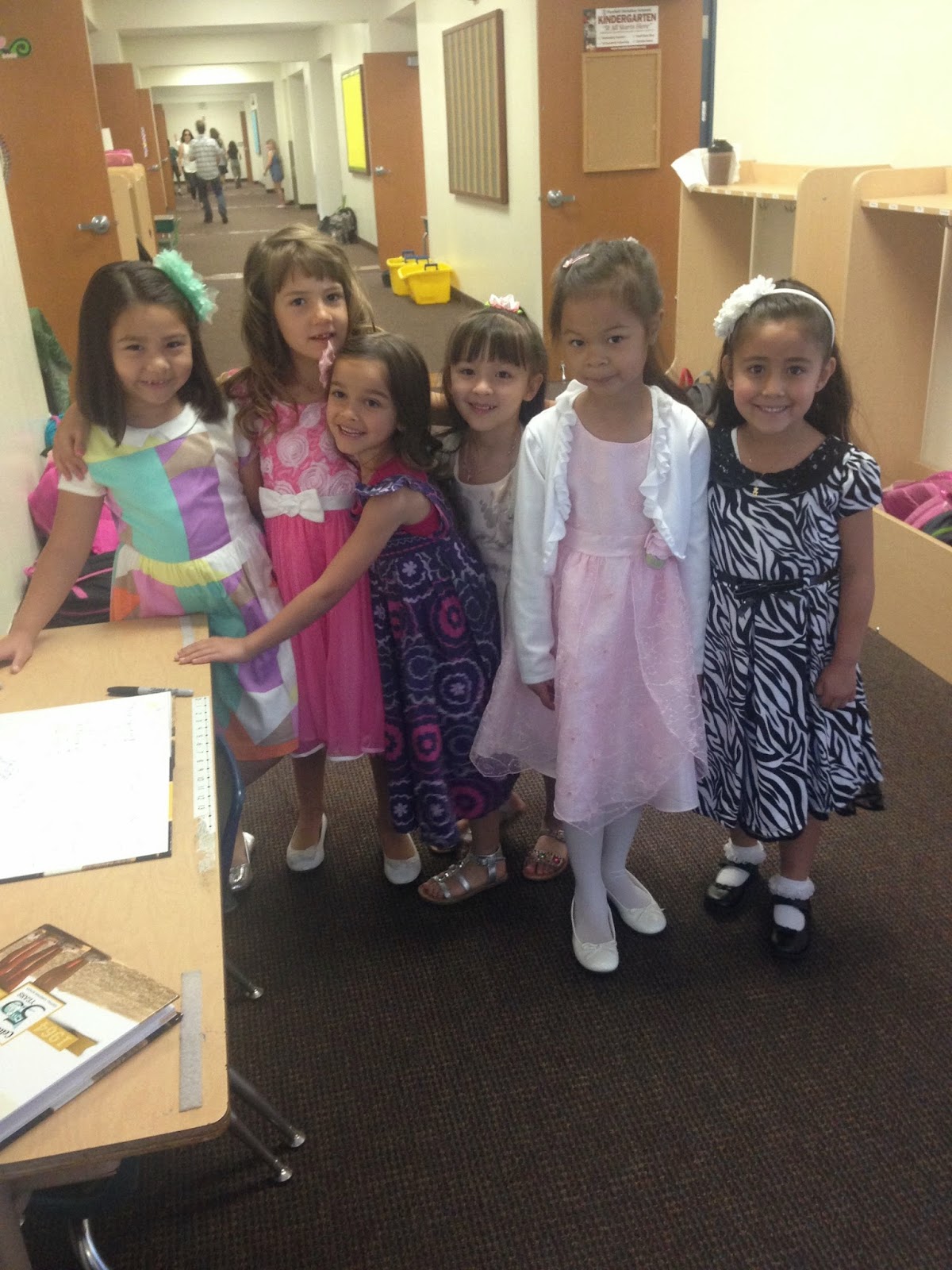 i left her with her classmates in line for the very last time, and then after going home to get ready and pick up the teen and the hub, we headed over to the room that was all set up for the ceremony.  i'd helped decorate it the night before, which gave me access to reserving seats for me, the hub and the teen.  there are definite perks to volunteering to help at things like this. 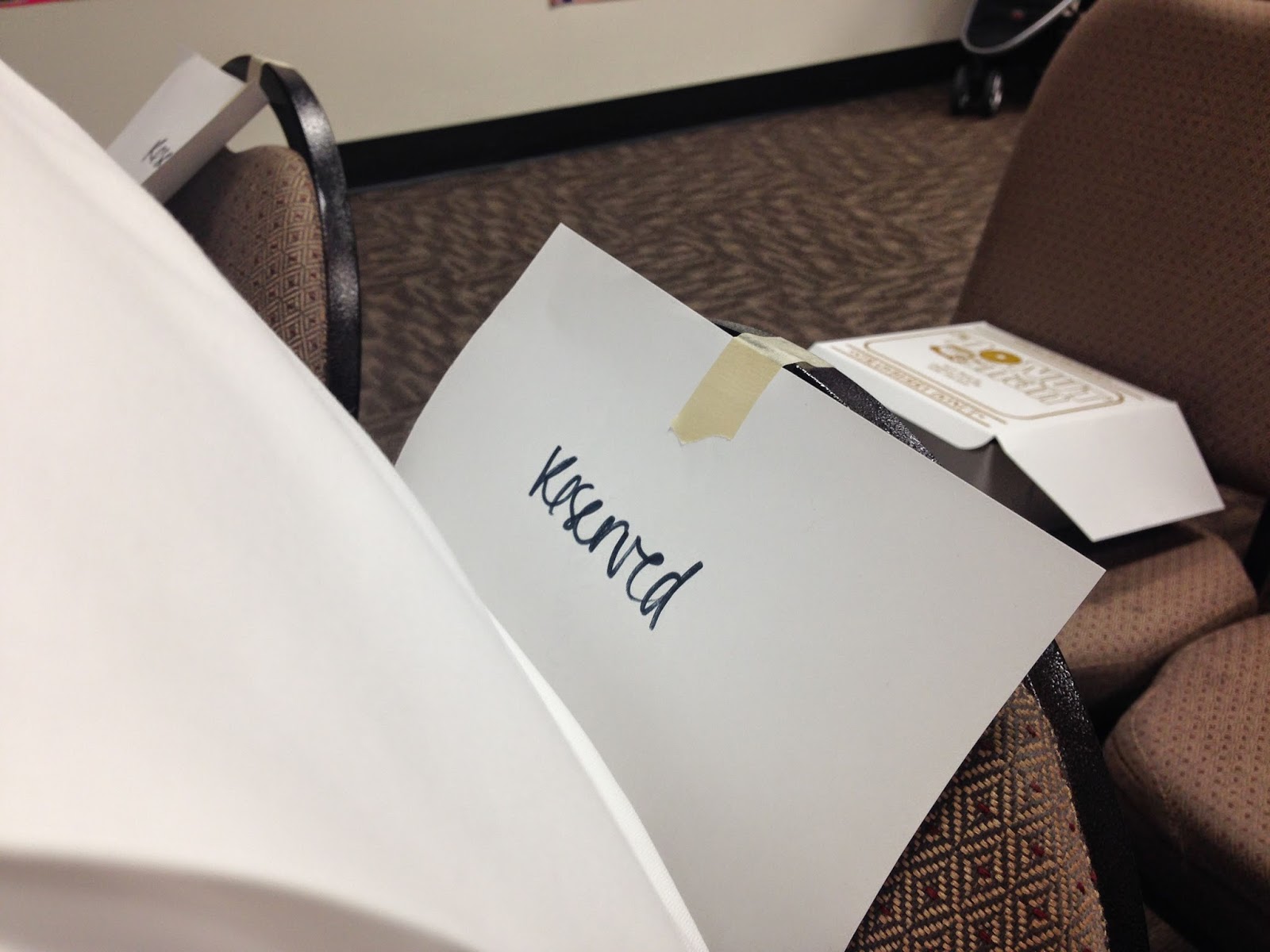 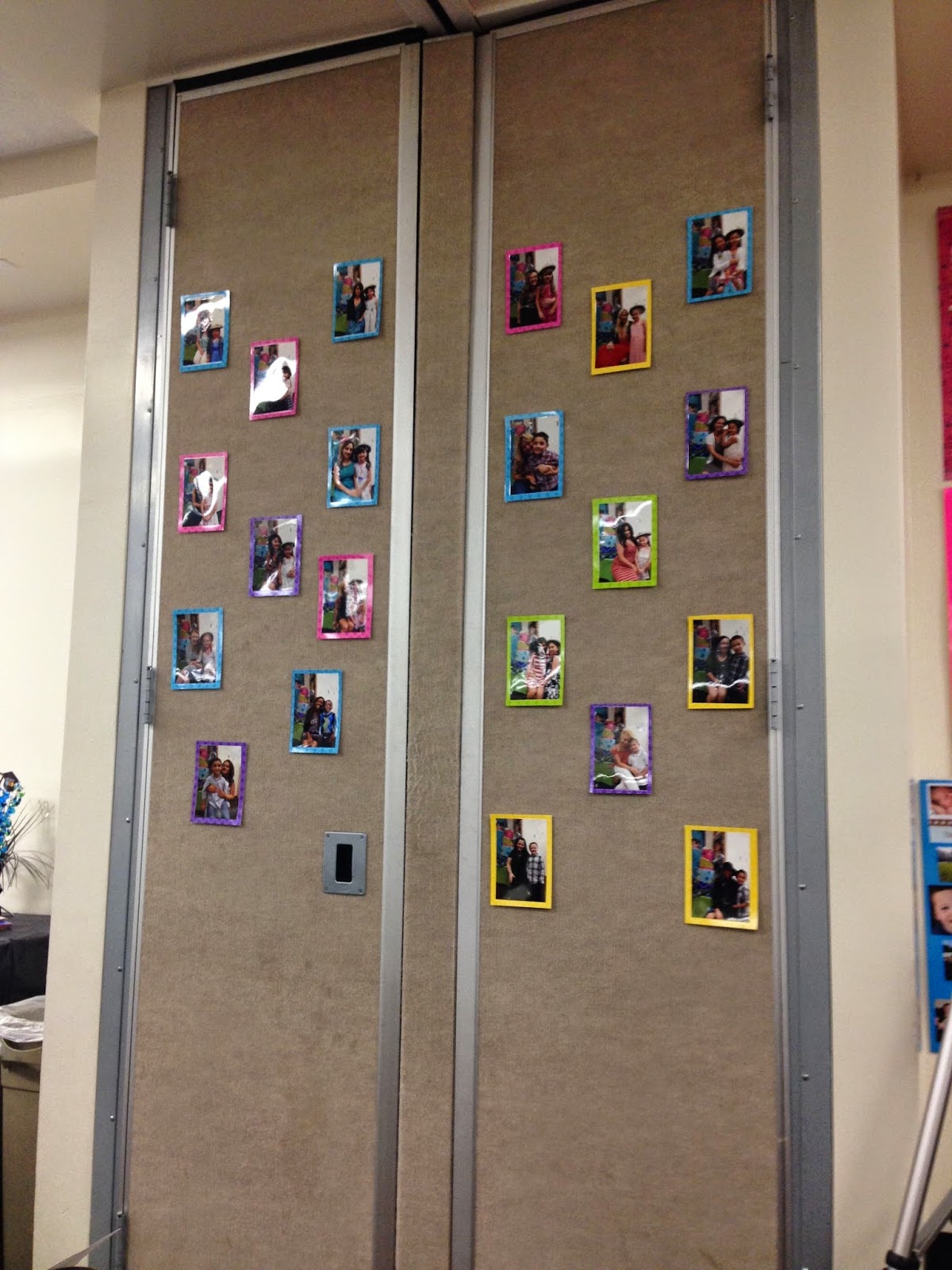 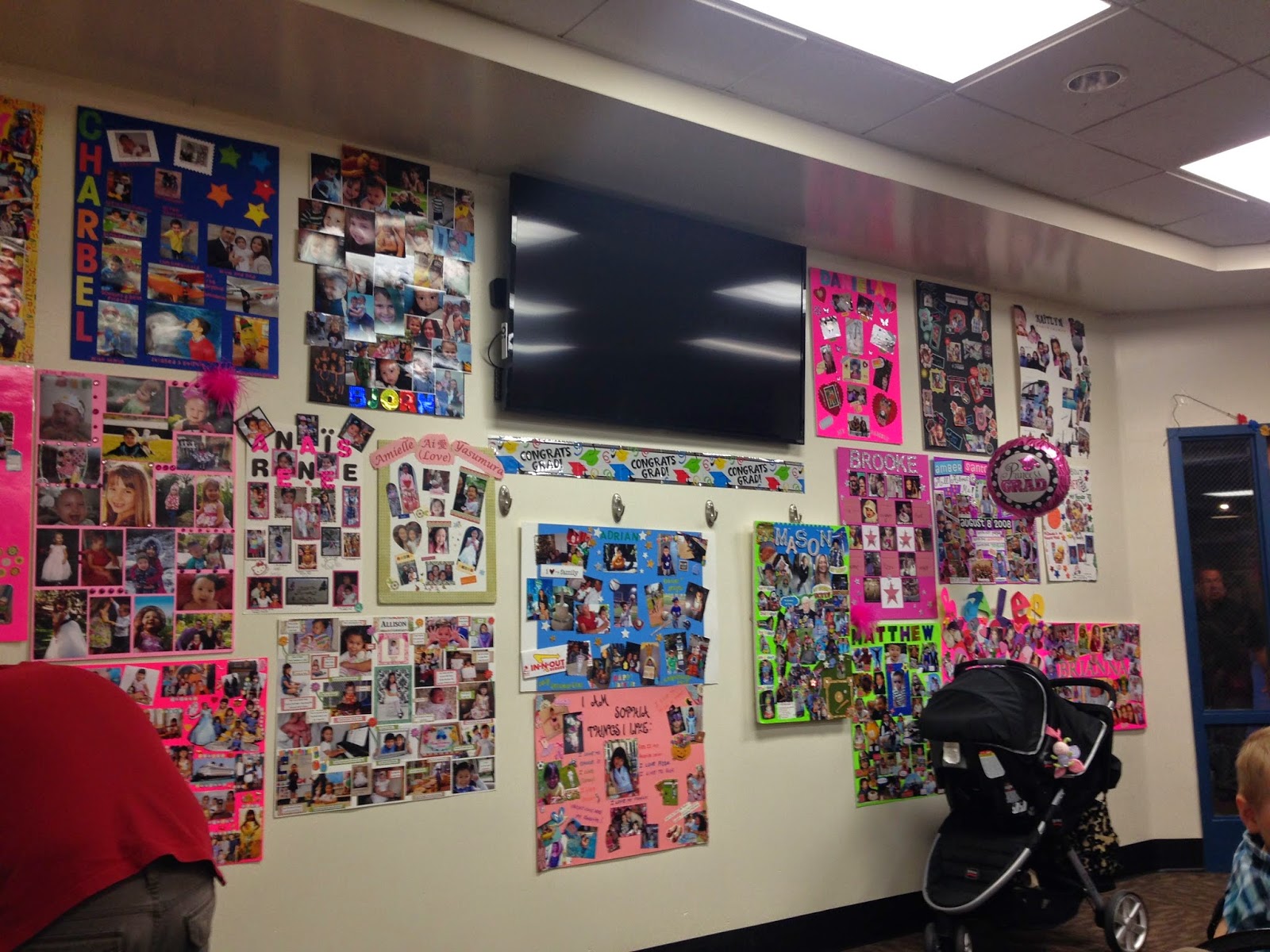 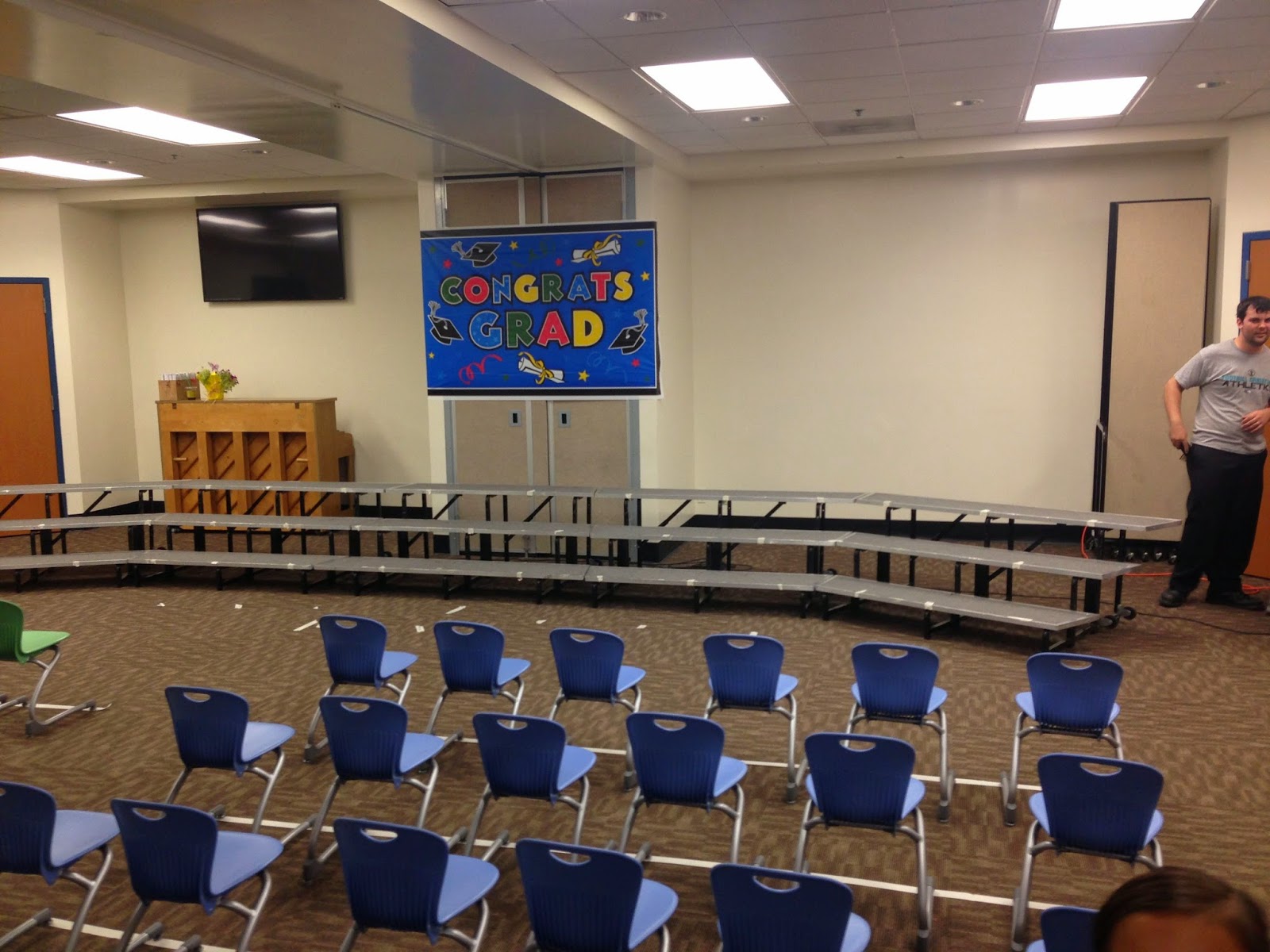 the room filled quickly with parents, grandparents, aunts, uncles, fourth cousins twice removed.  and when it seemed that the room could hold no more, the kids made their grand entrance. 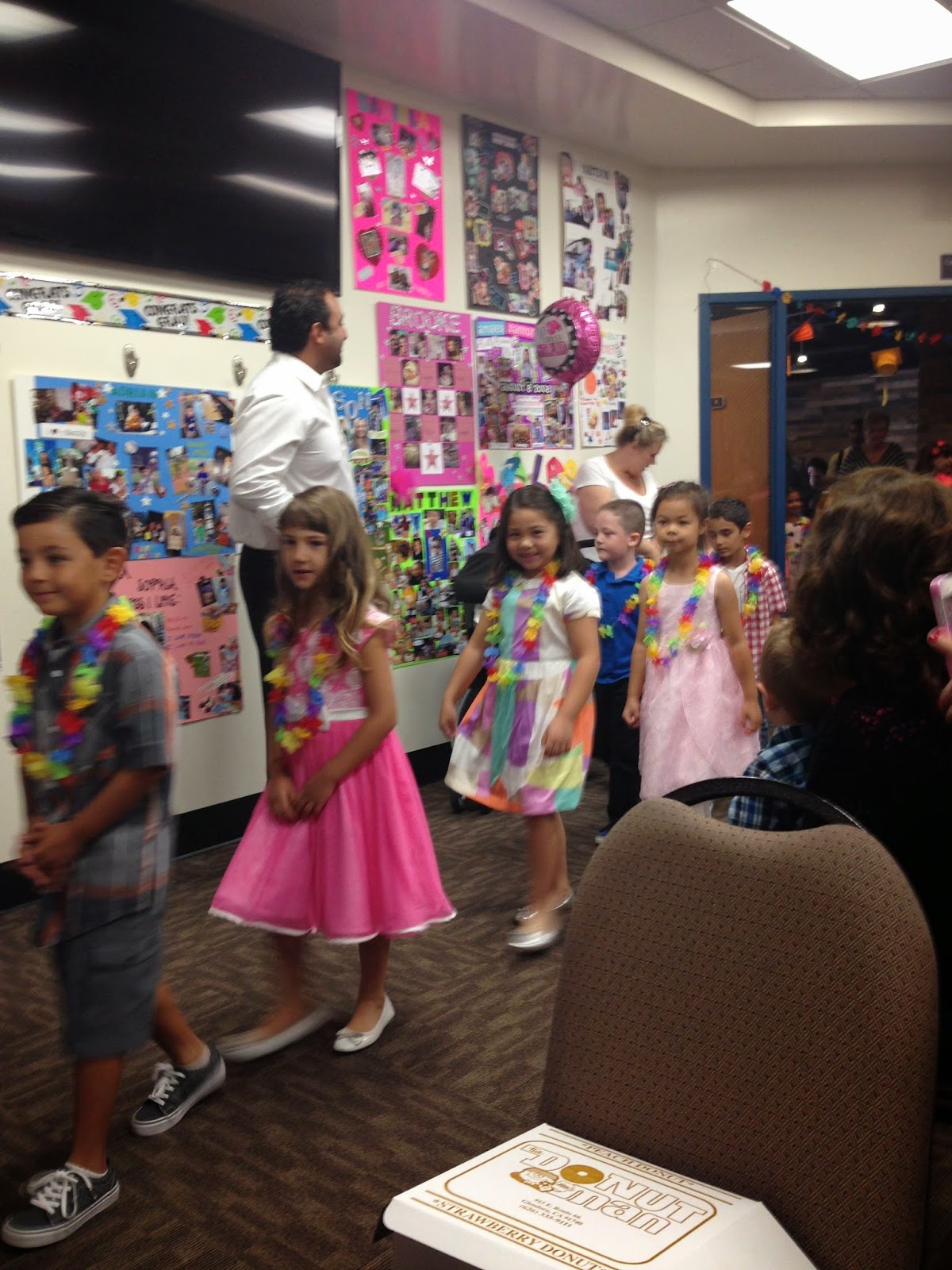 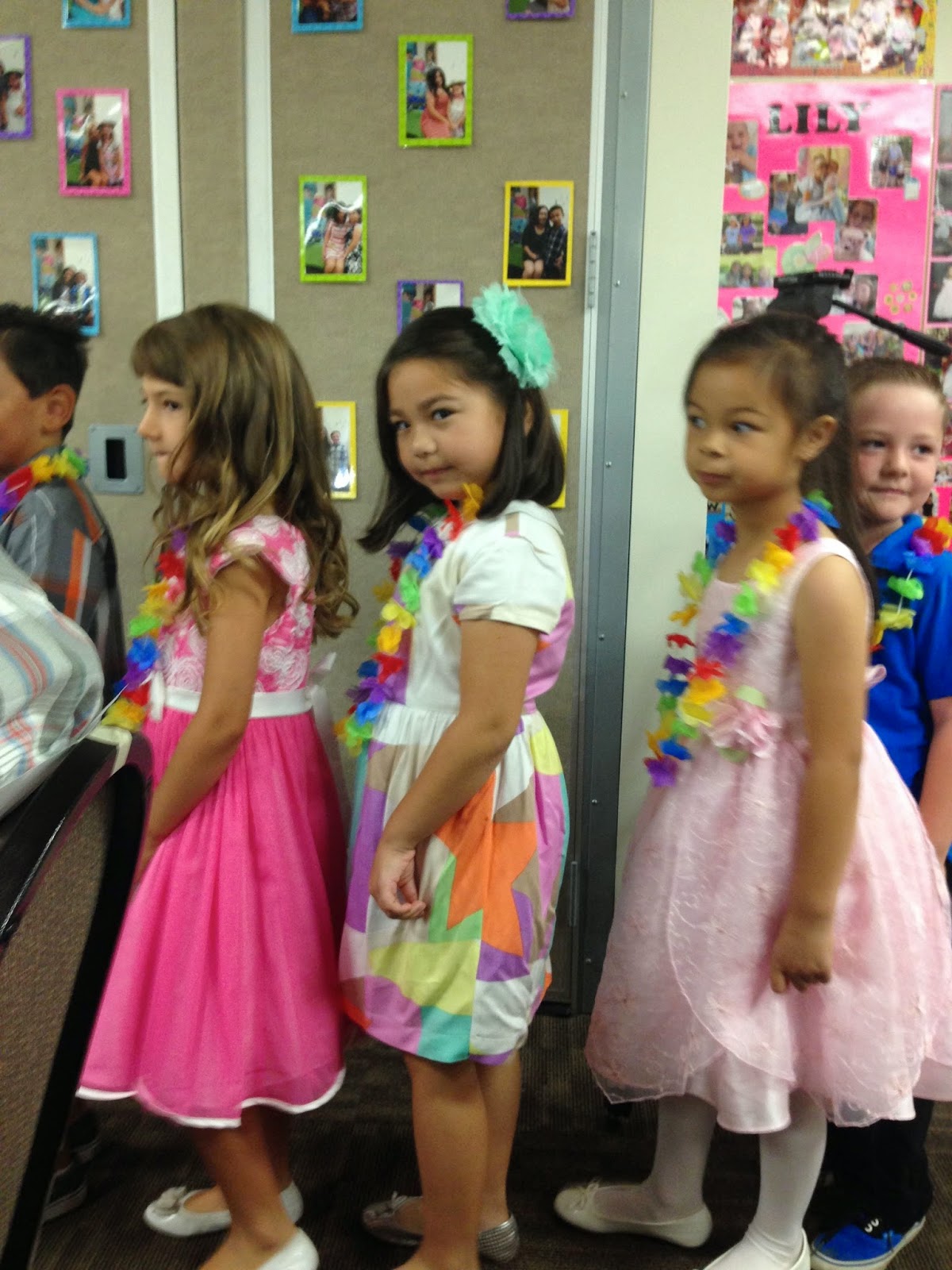 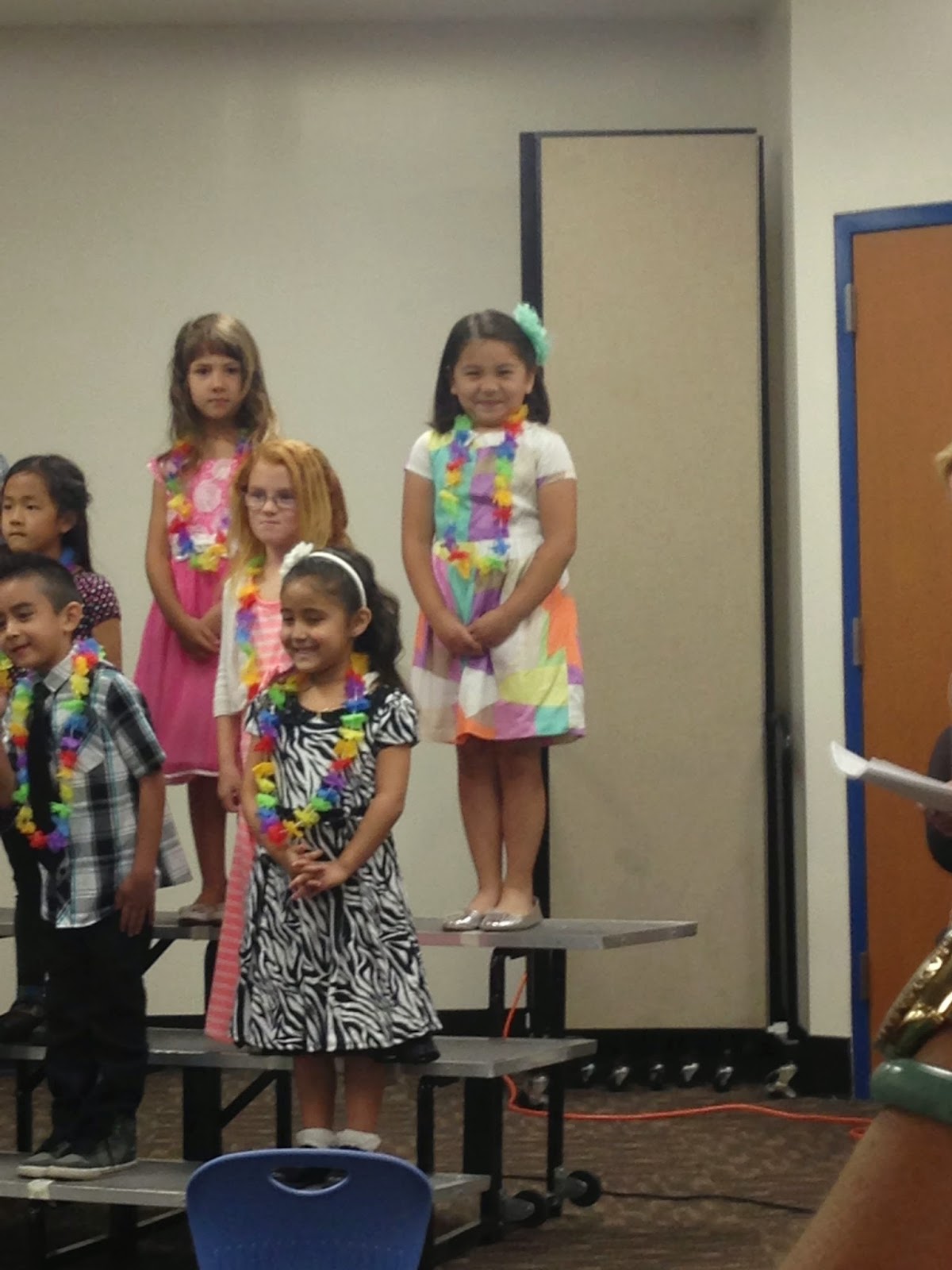 and as i'd predicted, it was a super cute little ceremony that had the kids singing and dancing to entertain us, the teachers handing out awards and complimenting the two classes on how far they'd come, and then the "diplomas." 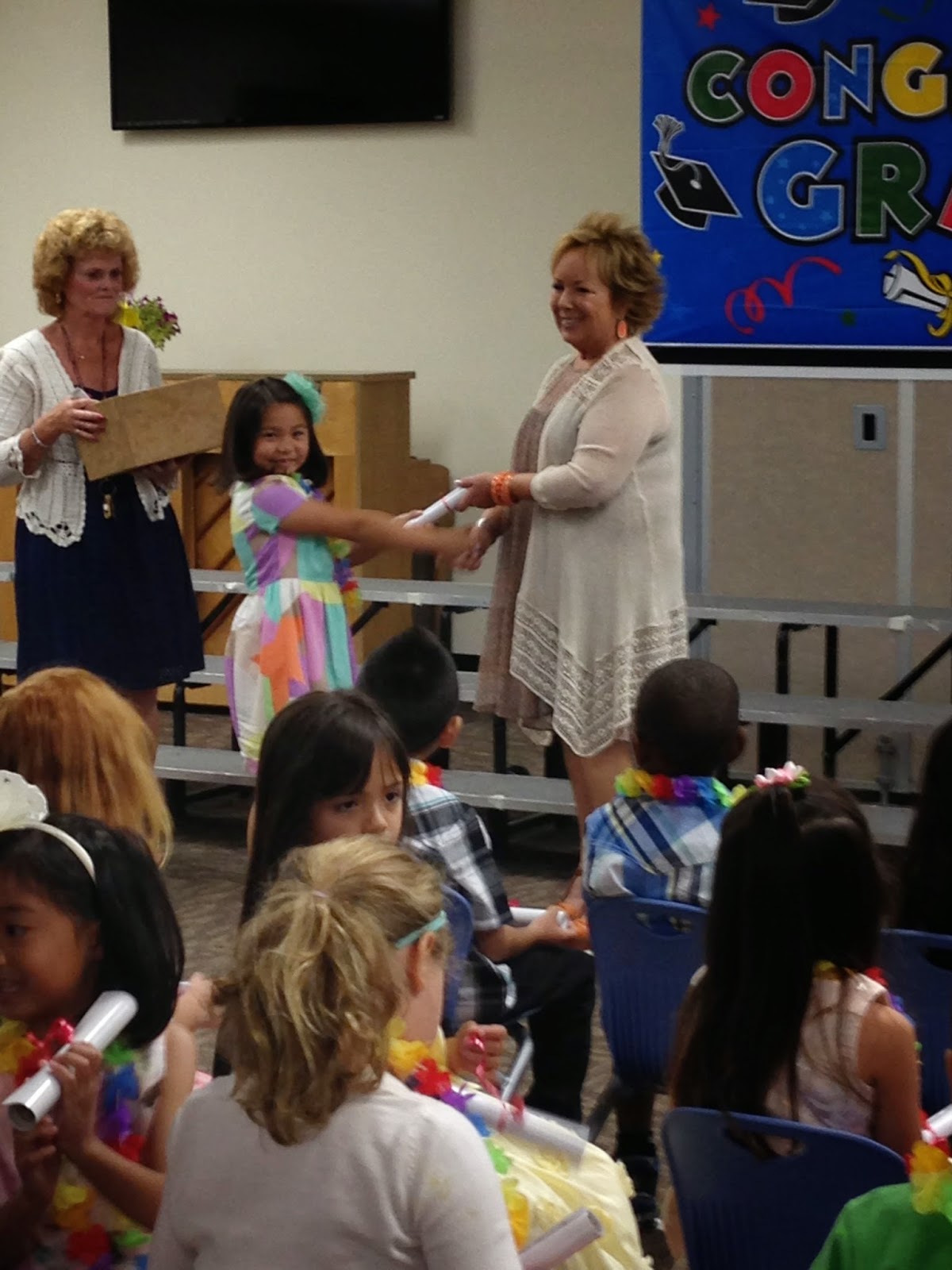 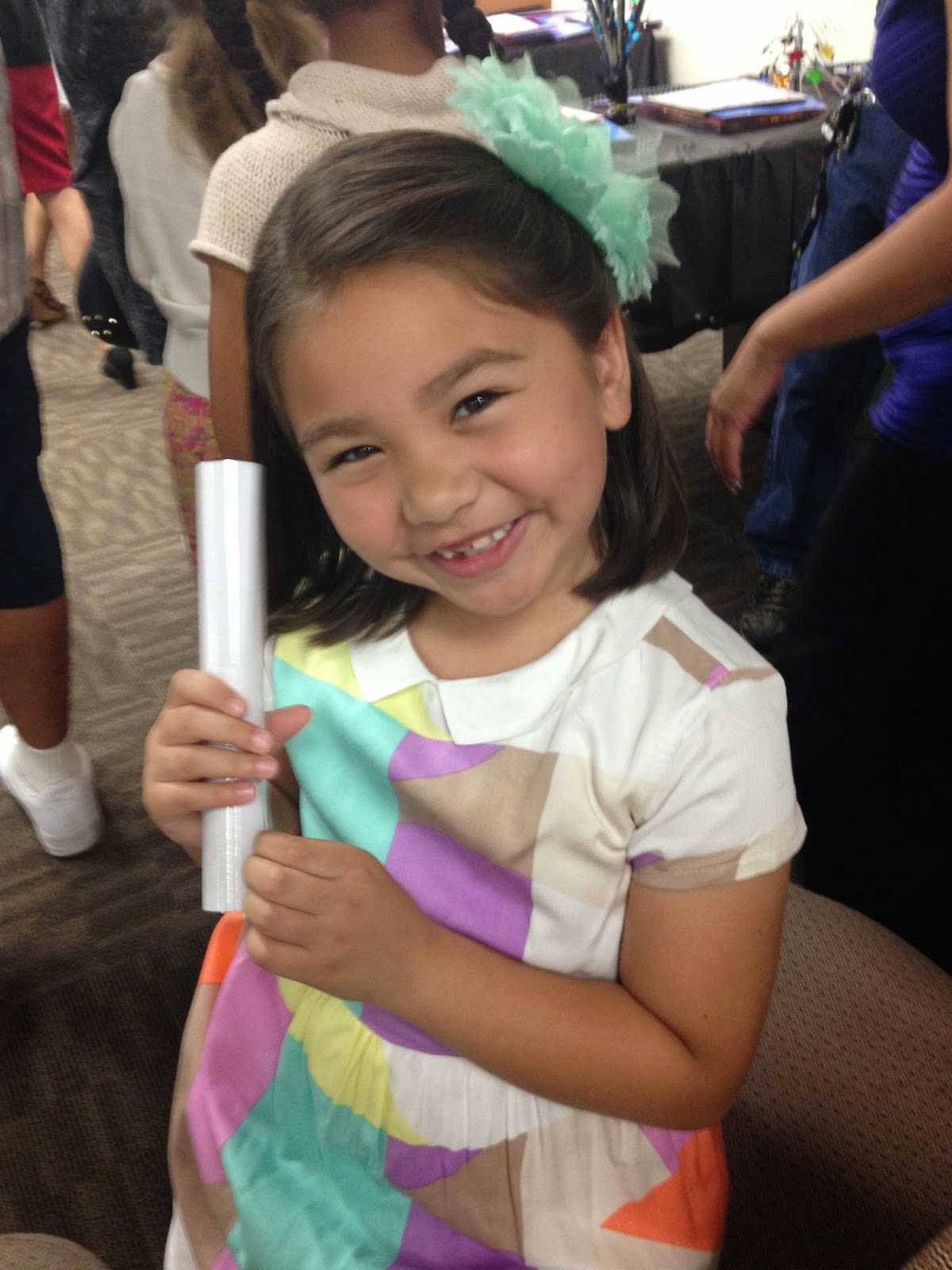 in addition to her diploma, the bean received an award for memorizing all of their bible verses throughout the year - plus one of two citizenship awards in her class that covered the entire year.  she was commended for her kindness, helpfulness, and academic success, and the hub, the teen and i all beamed with pride from our second-row seats. 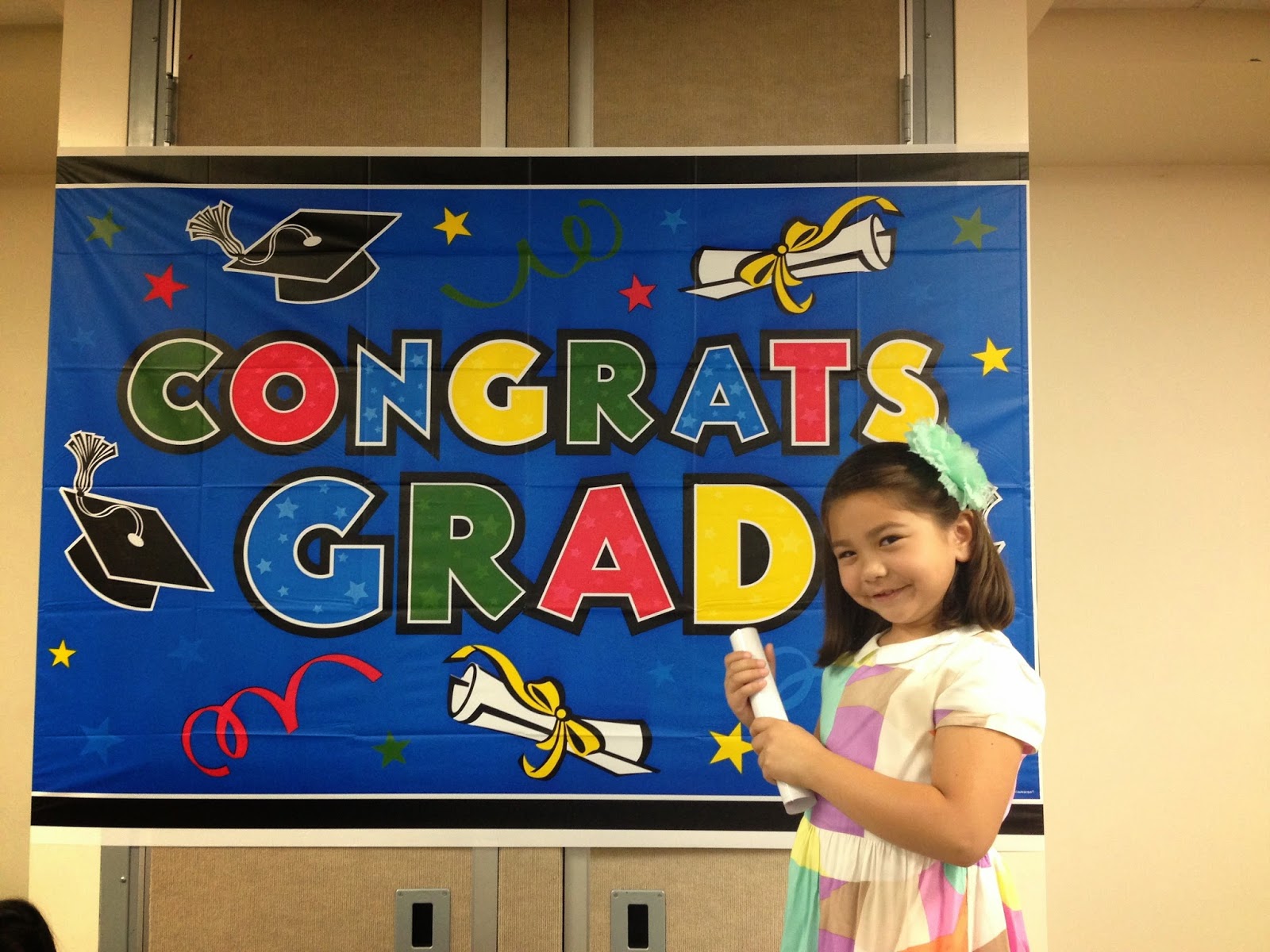 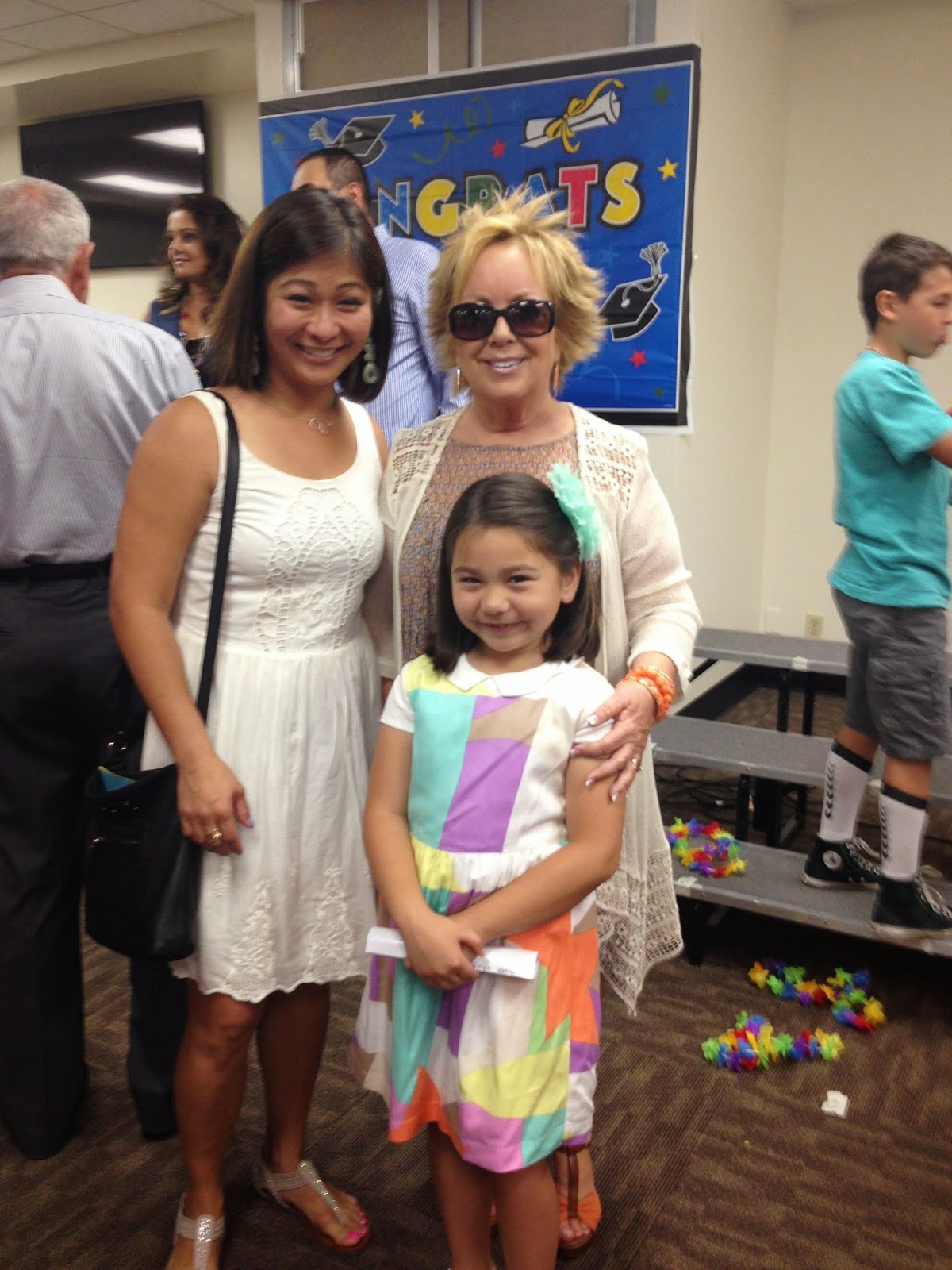 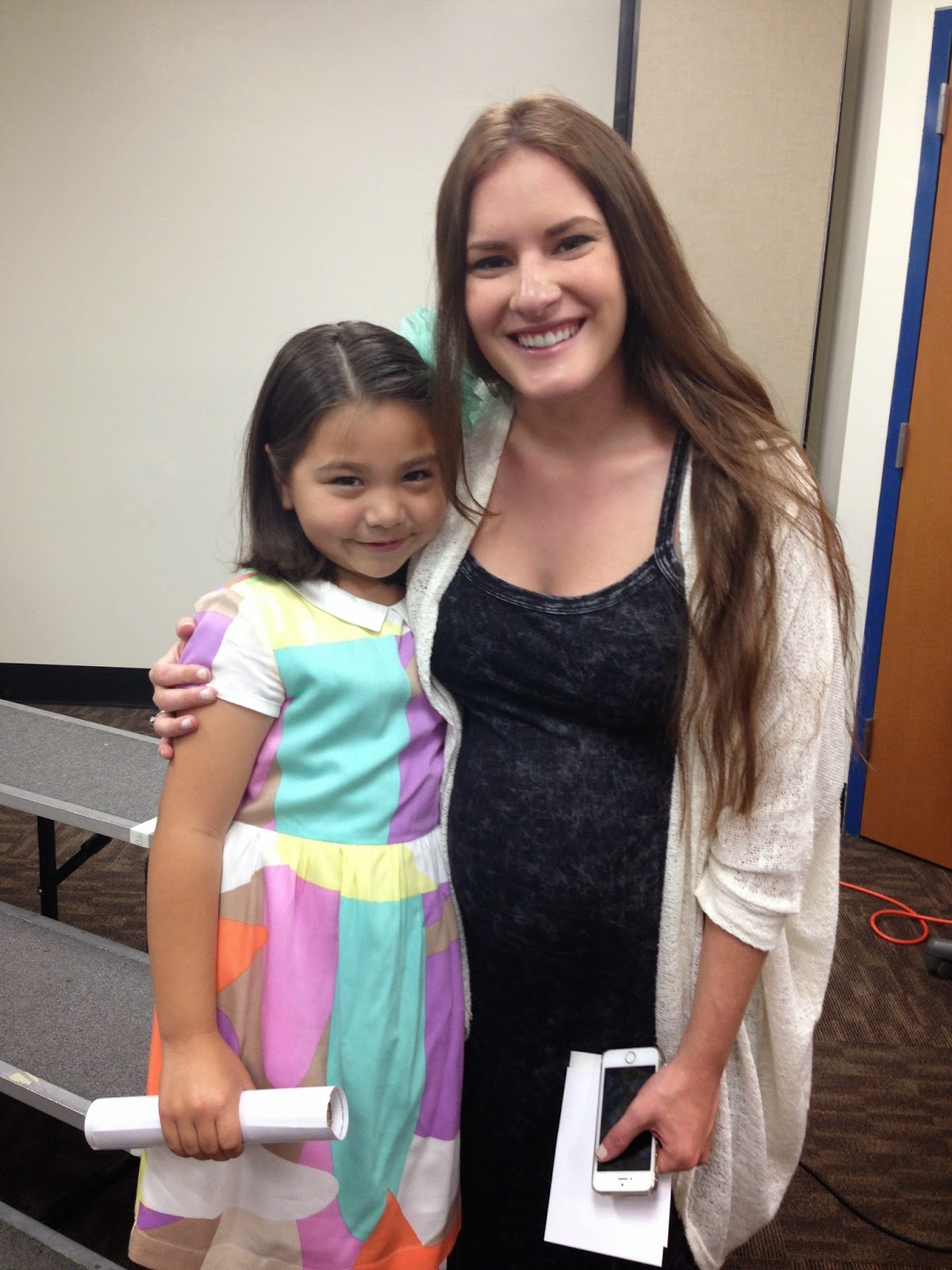 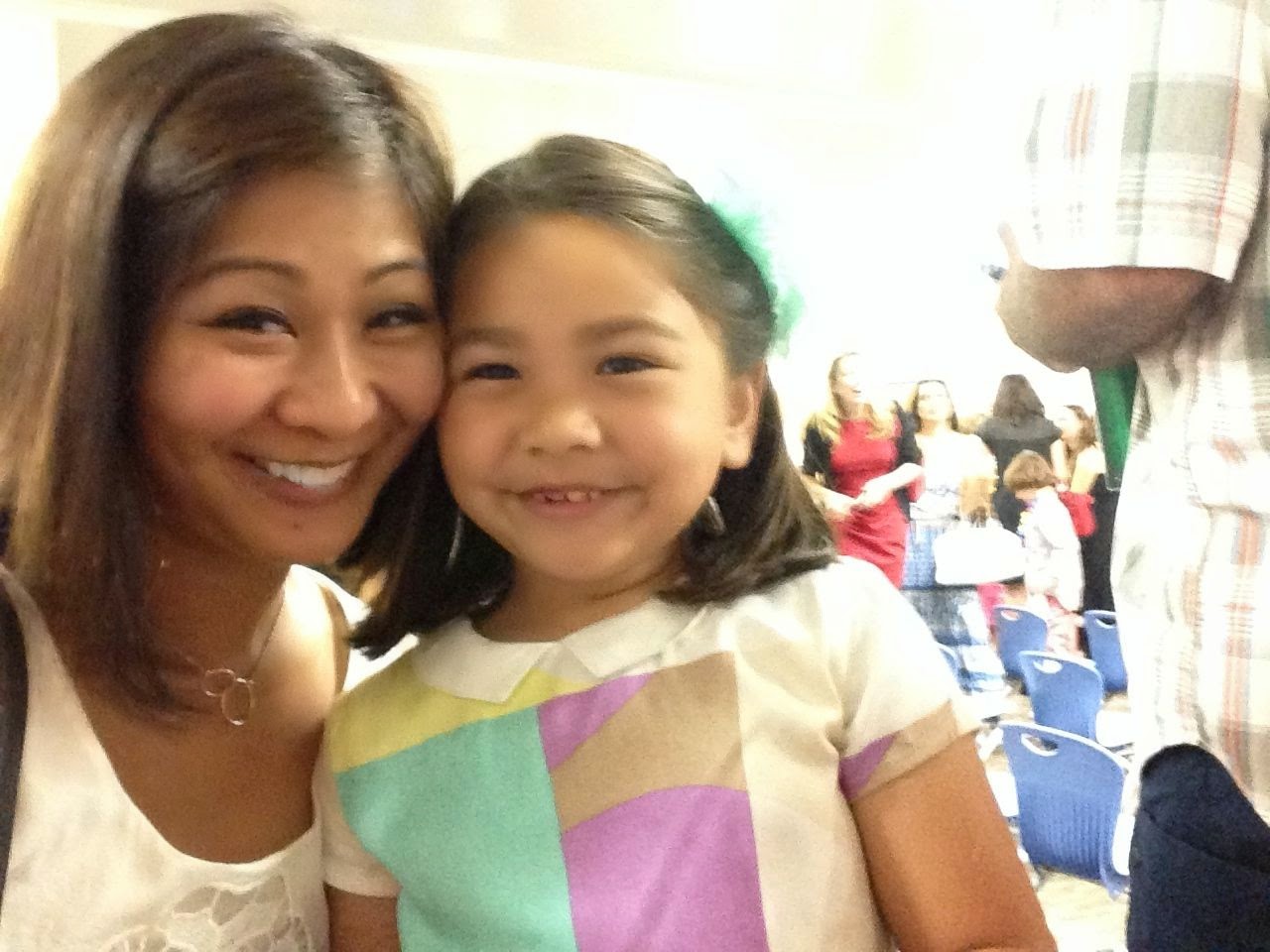 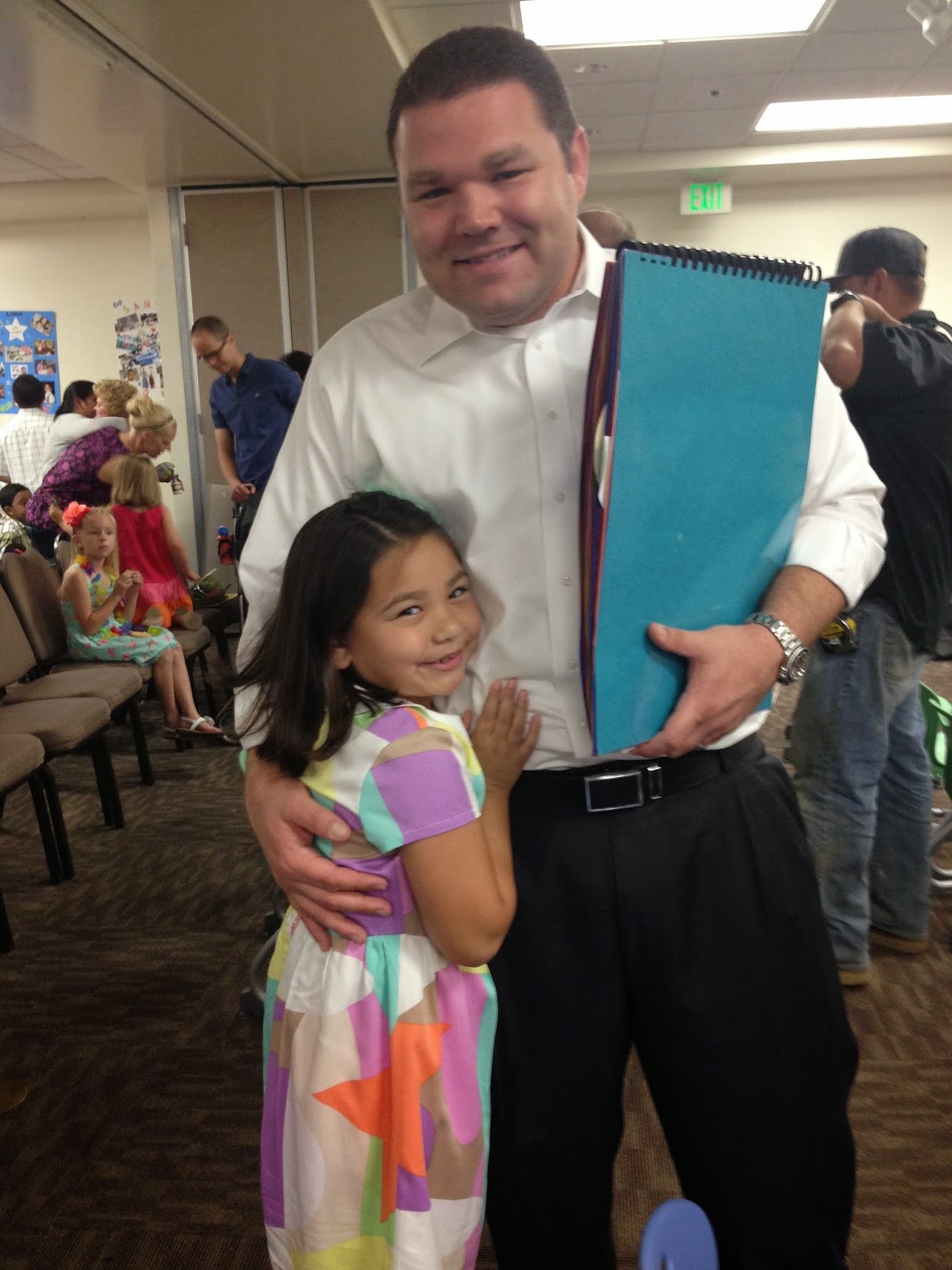 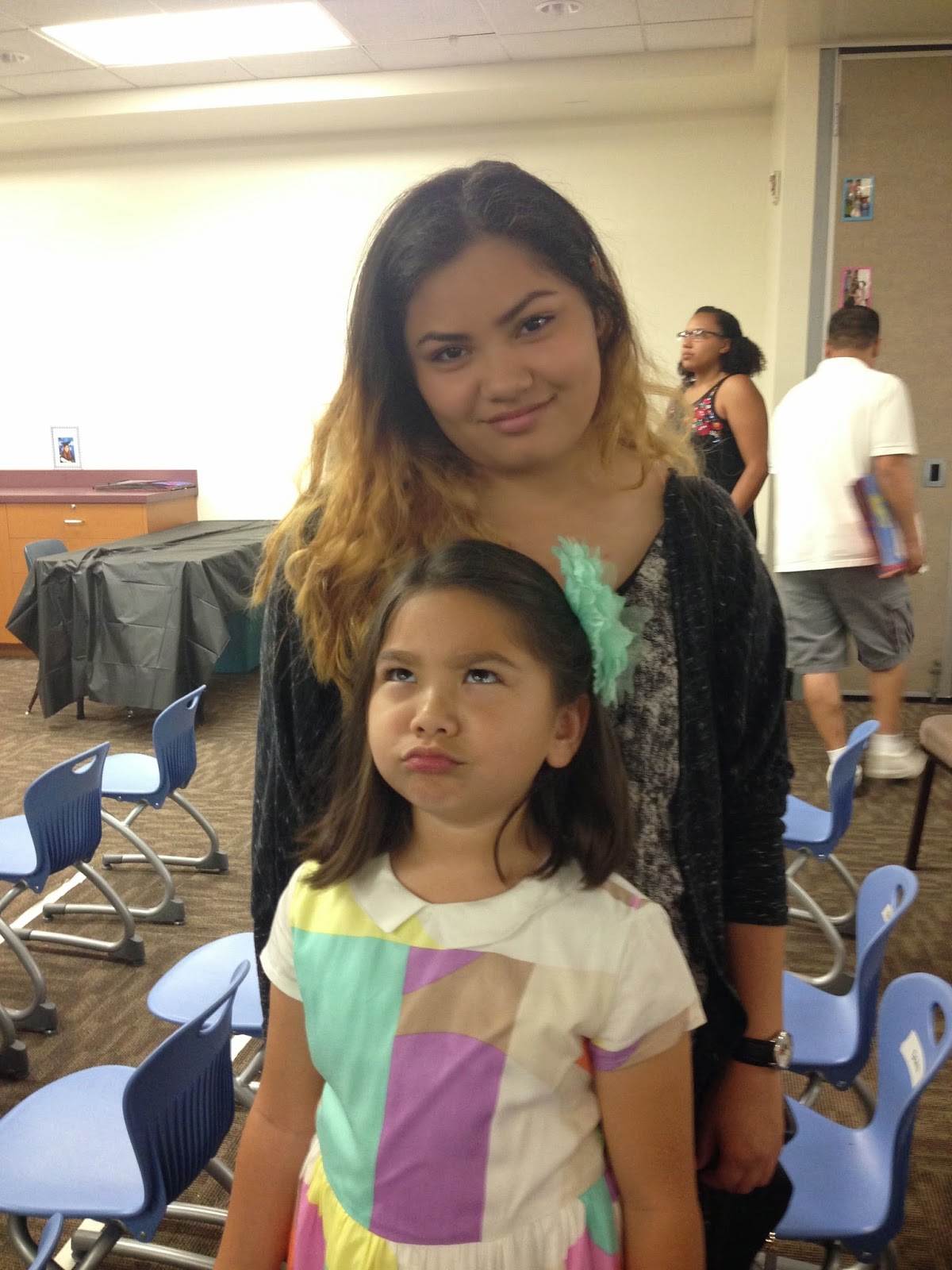 (can you tell she was SO over the photos by then?)

we went down the hall one last time to her classroom to grab her backpack and do a little last-minute yearbook signing. 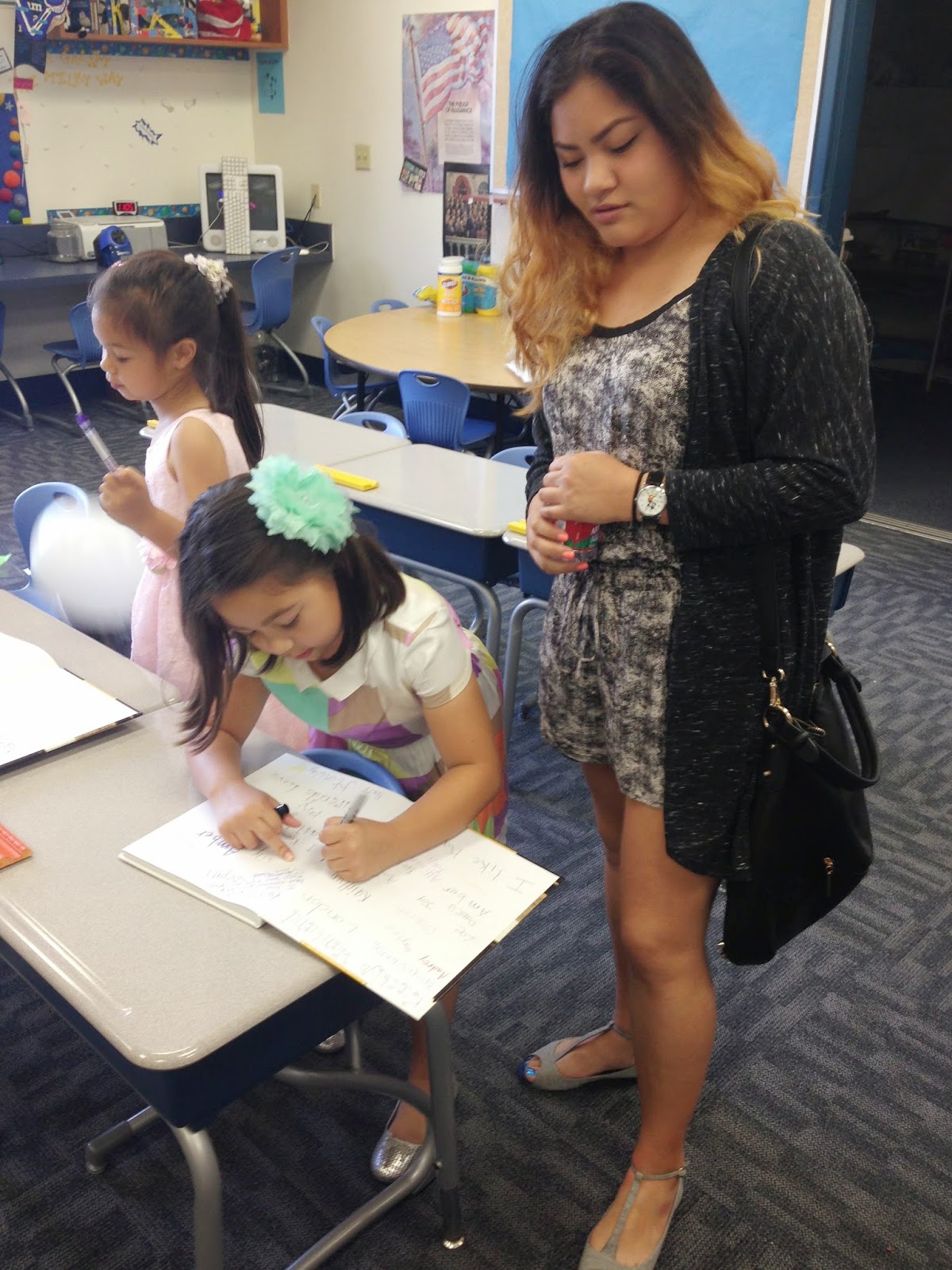 one last hurrah with her friends before the official start of summer vacation. 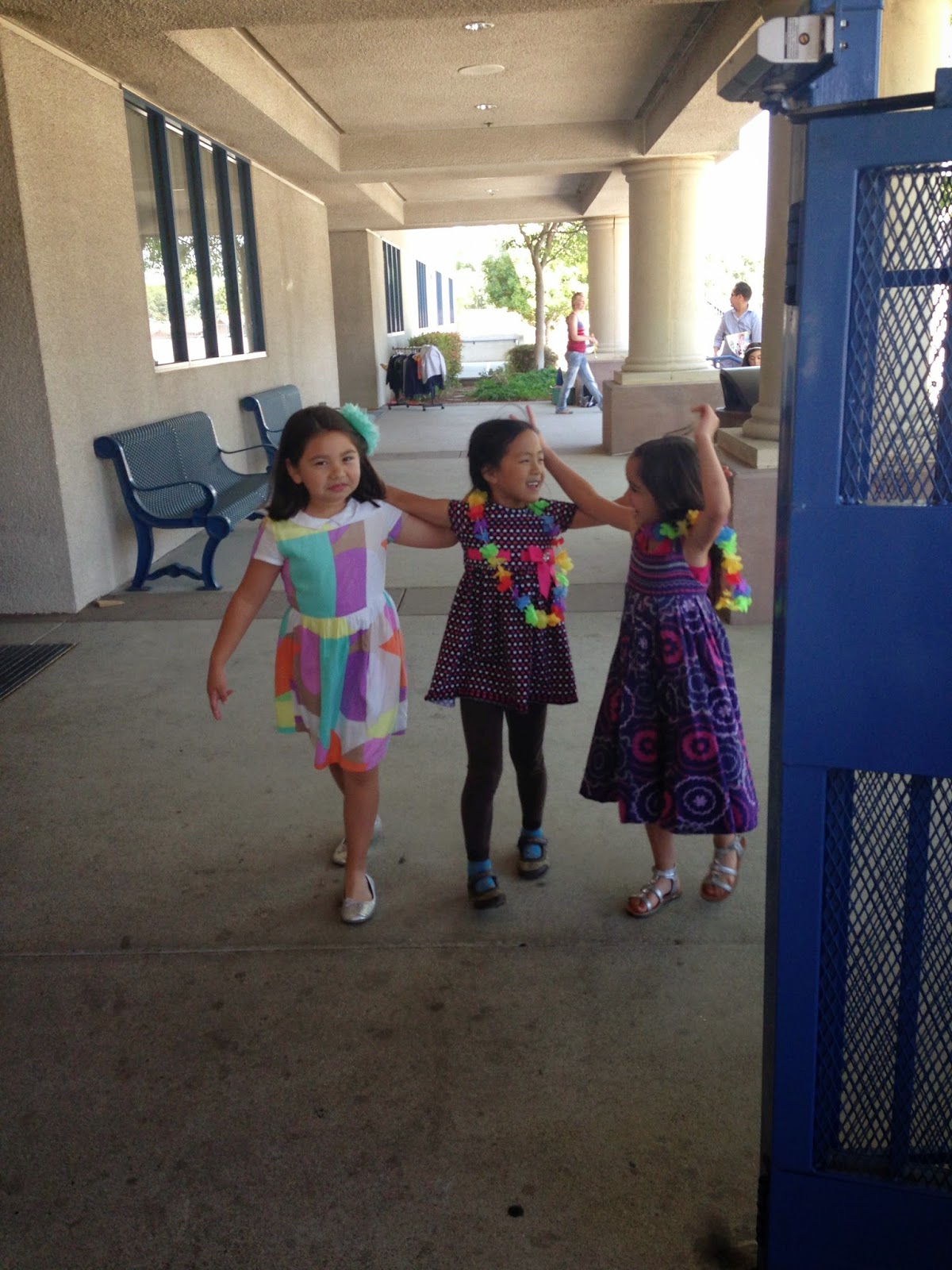 and wouldn't you know it - in the car on our way home, she totally called me out for not bringing her any balloons and fluff.  ugh.  come back to me with that business when you graduate high school, kid.  good gracious.
at June 10, 2014