i swear, time just flies by so fast.  this weekend was the bean's third annual gymnastics showcase, which is kind of crazy considering she's all of six years old.  heh.

this year's theme was "adventures at sea," which resulted in probably the cutest leotard she's ever worn. 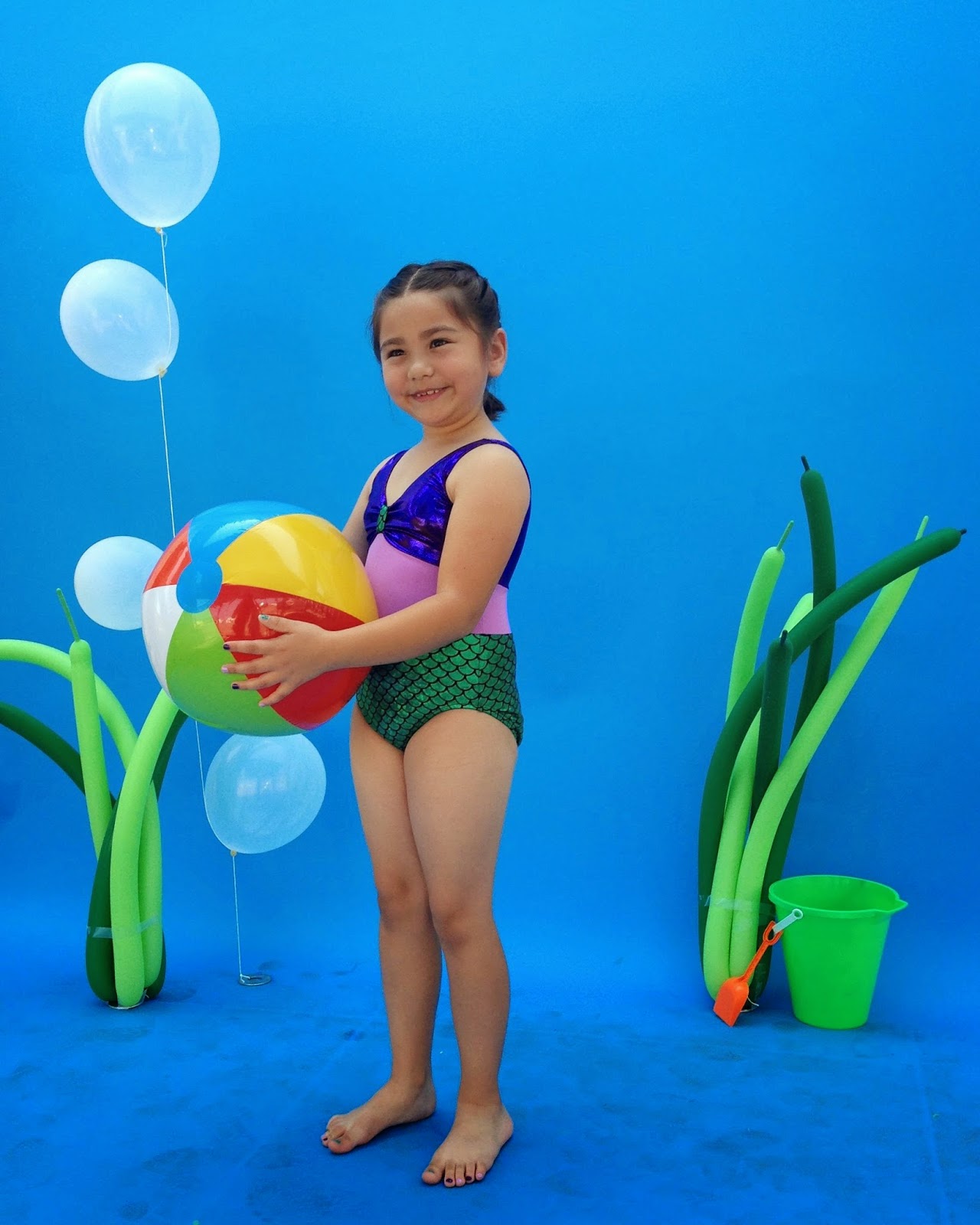 prep for this vs. dance recitals is always way easier.  matching elastics for her ponytails?  check. 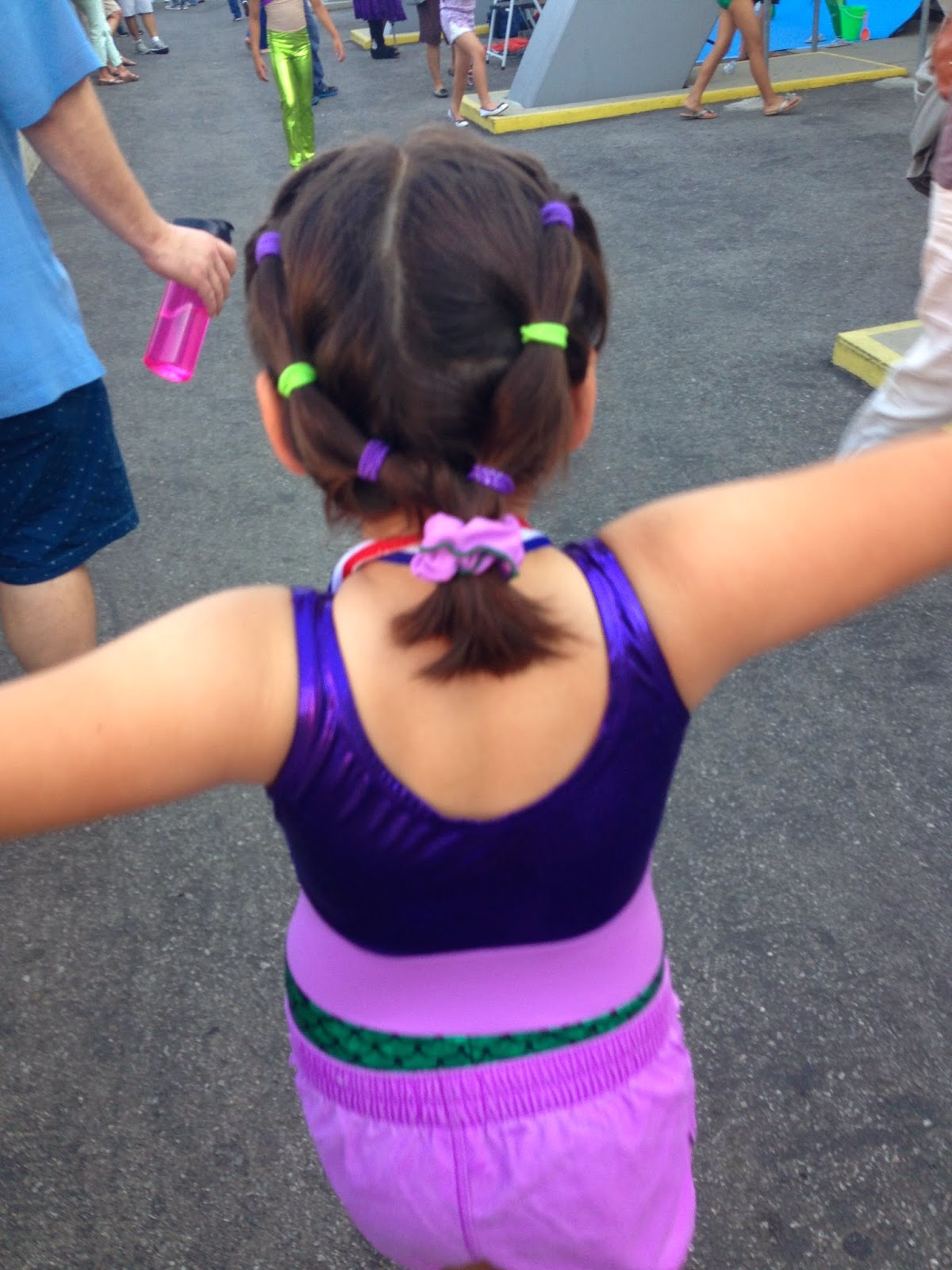 fun mani/pedi polish colors?  yup, got that too. 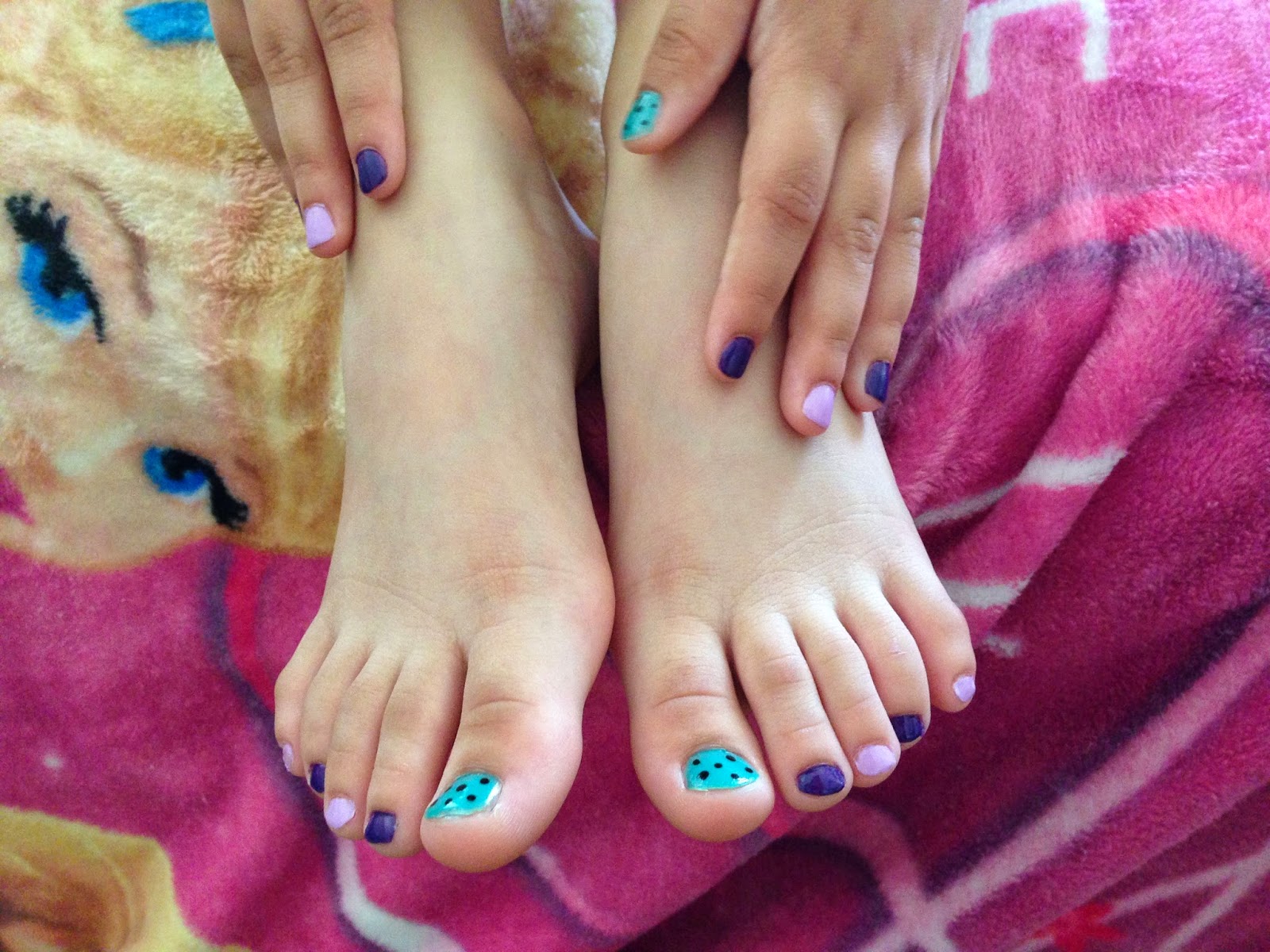 when it comes to the actual showcase, though, i'll never understand why they plan this thing the way they do.  for one thing, it was a whole month later than usual.  and then they couldn't have it in the morning, which would have made much more sense.  oh, no.  instead, they schedule it for 3:00 - the hottest point of the freaking day.  and in a community college gymnasium with no air conditioning and a bazjillion people packed in the stands - well, it was much like game 1 of the NBA finals this year, just without lebron up in the mix.

and then because the bean is in "the big gym" with the big kids now, her class was damn near last to take the stage to show off their skills.  so there was a lot of sitting around and waiting, but she didn't seem to mind too much.  i'd armed her with an ice-filled bottle of water, which she shared with her fellow gymnasts.  since it's also got a fun squirt-gun feature, she and that bottle were quite popular as they all cooled off together. 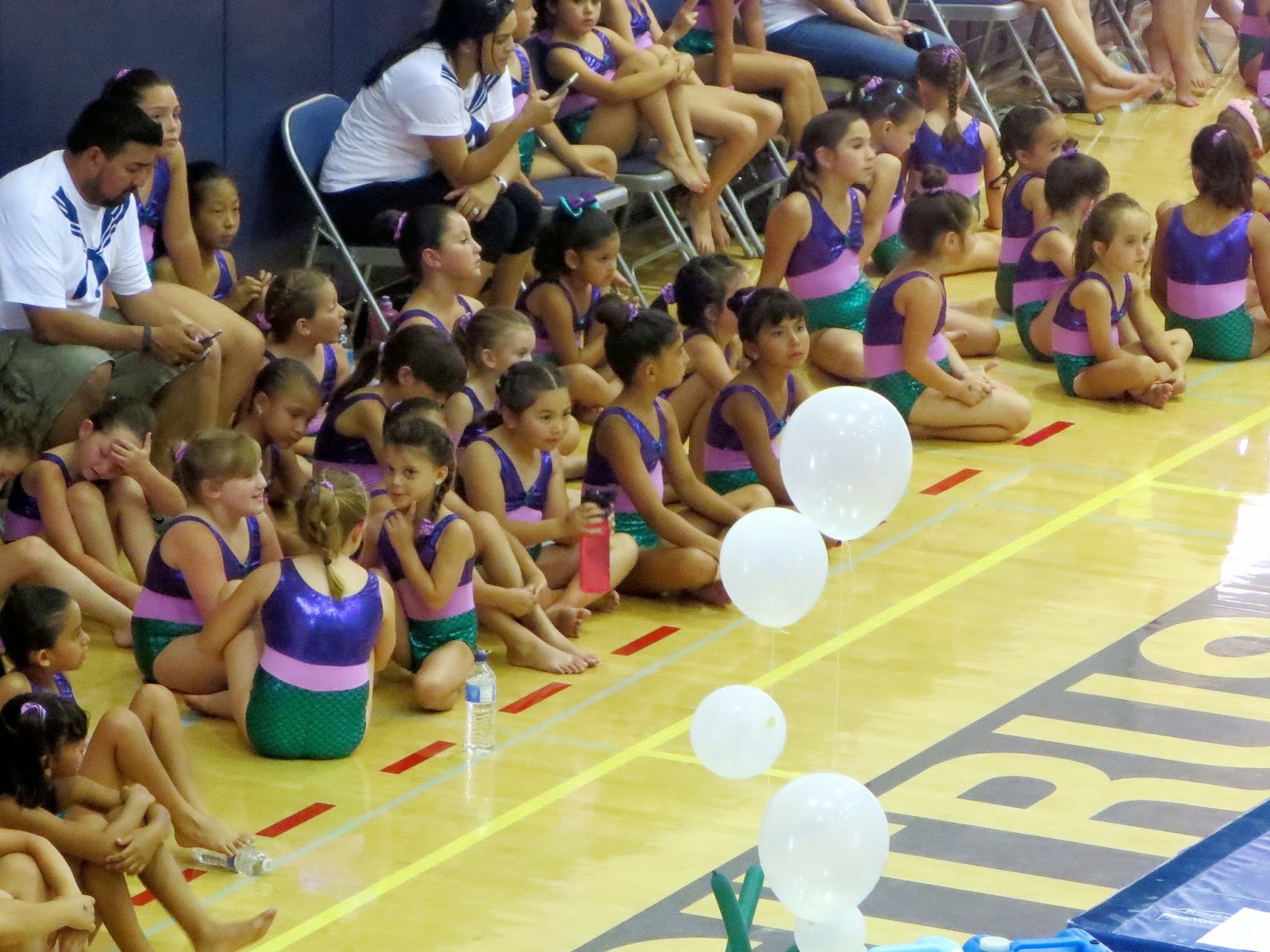 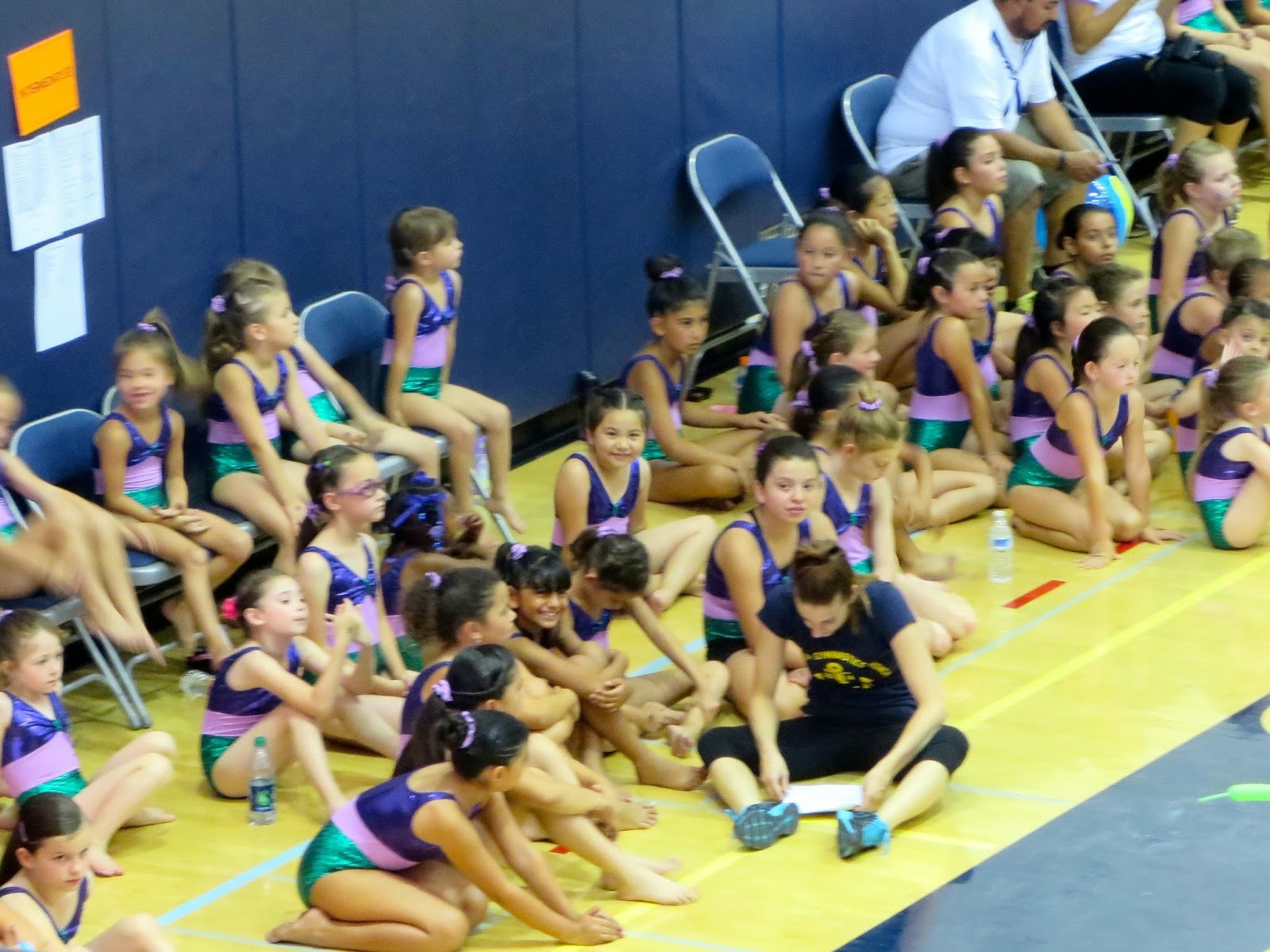 after watching all the little kids go through their circuits on the floor, they finally lined up to get their warm-up in.  they always spend the weeks before the showcase practicing a cute routine to a song that goes with the theme, and this year's warm-up song was "in the navy."  i took video, but i'm sure you don't want to sit through it.  that's the kind of shit that nobody really cares to watch except the ones in the video and their parents.  and that's a stretch. 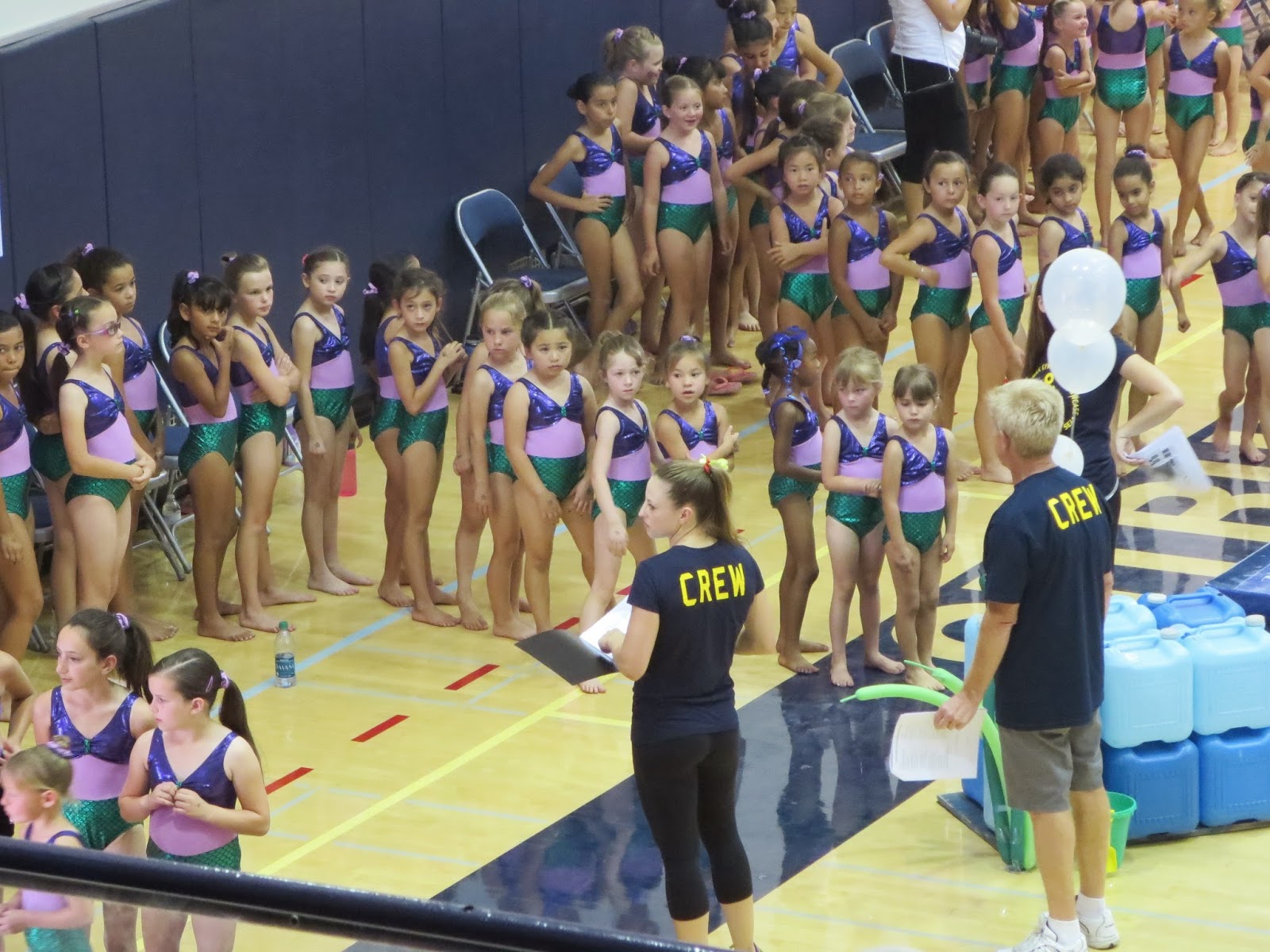 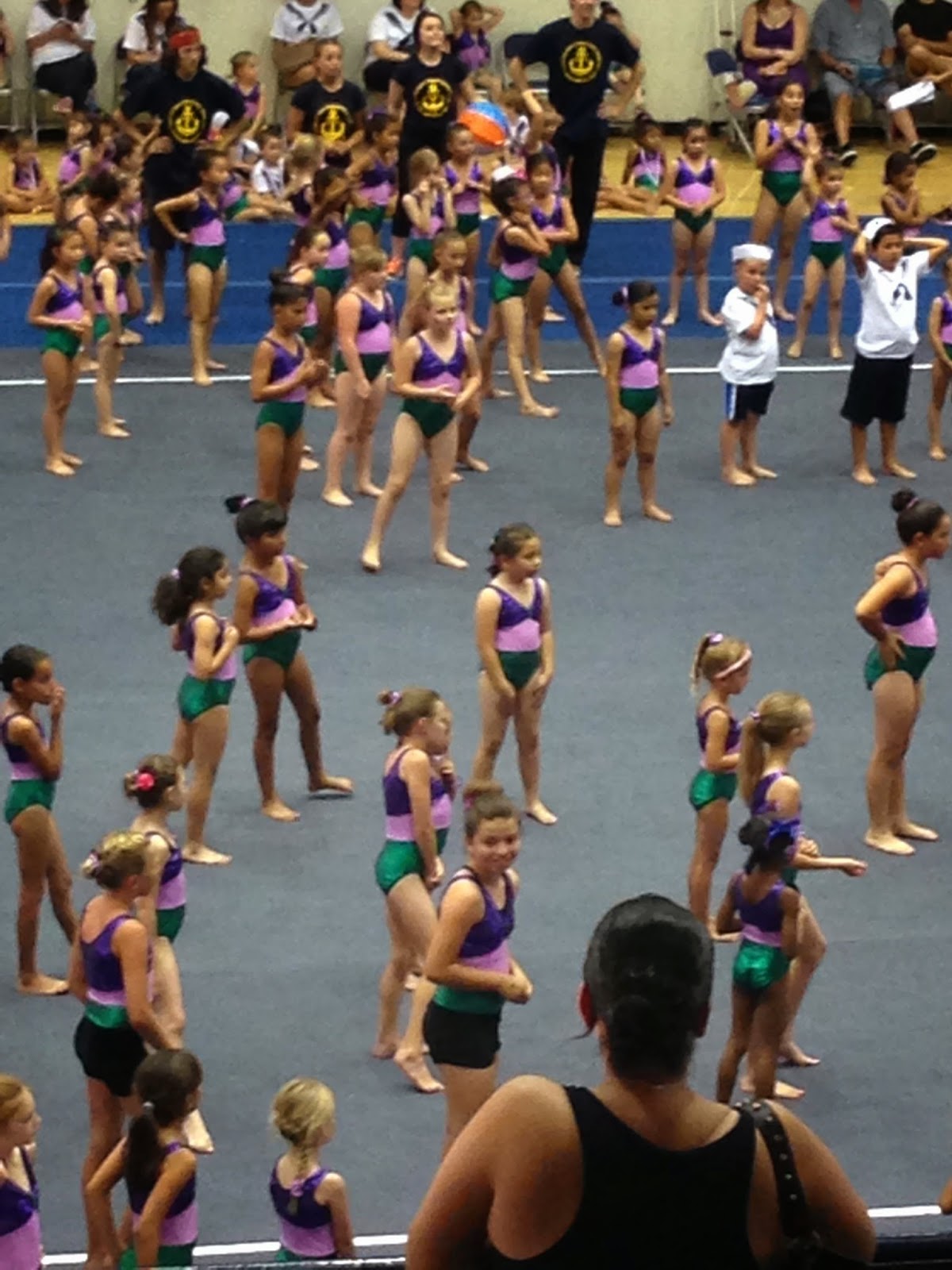 when the warm-up was done, they had to sit and wait a little longer for their turn on the floor.  i could see she was excited to strut her stuff as she scampered right over to the high beam - which used to be her arch nemesis back in the day. 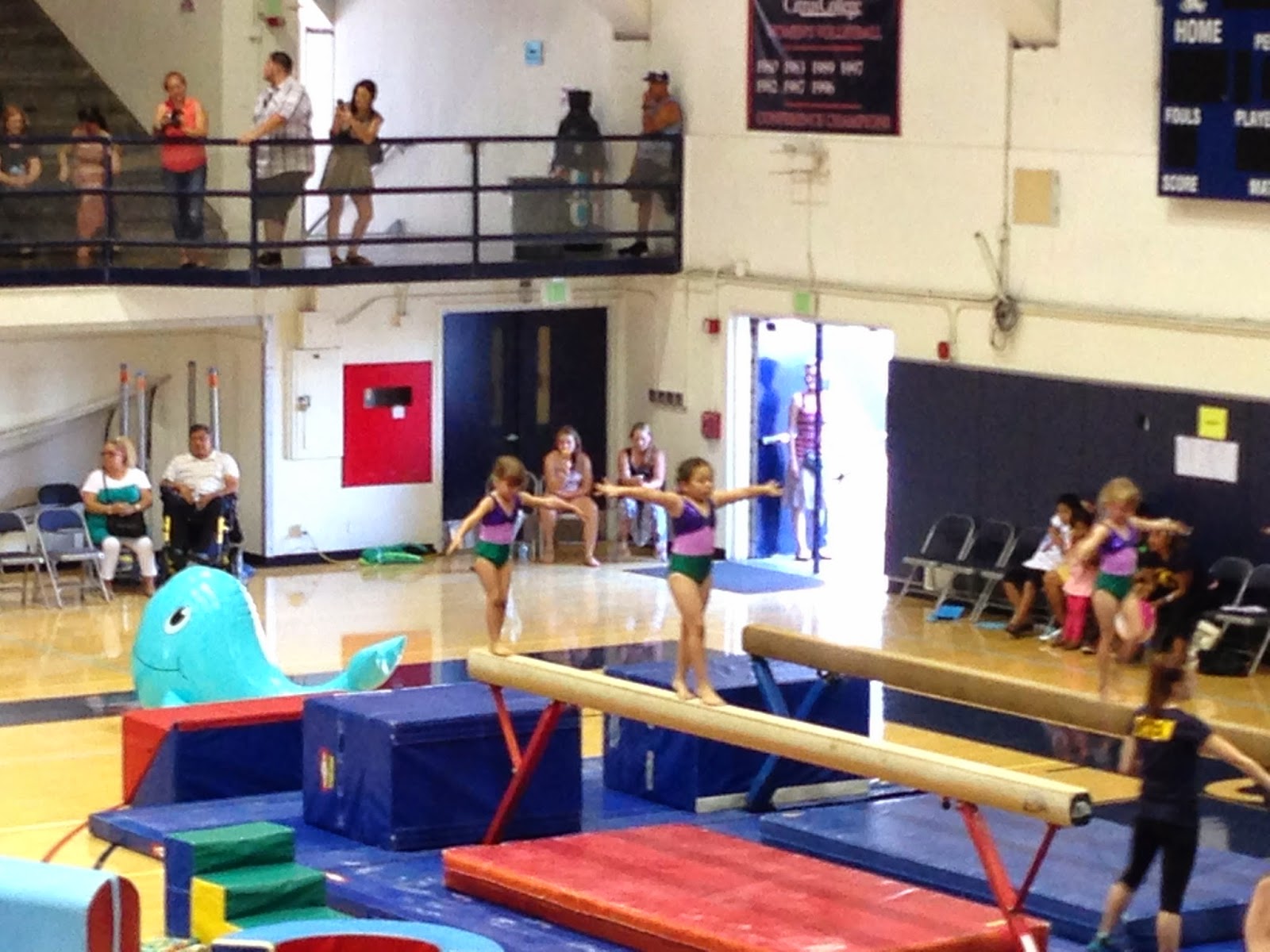 i love that she can do cartwheels with ease now. 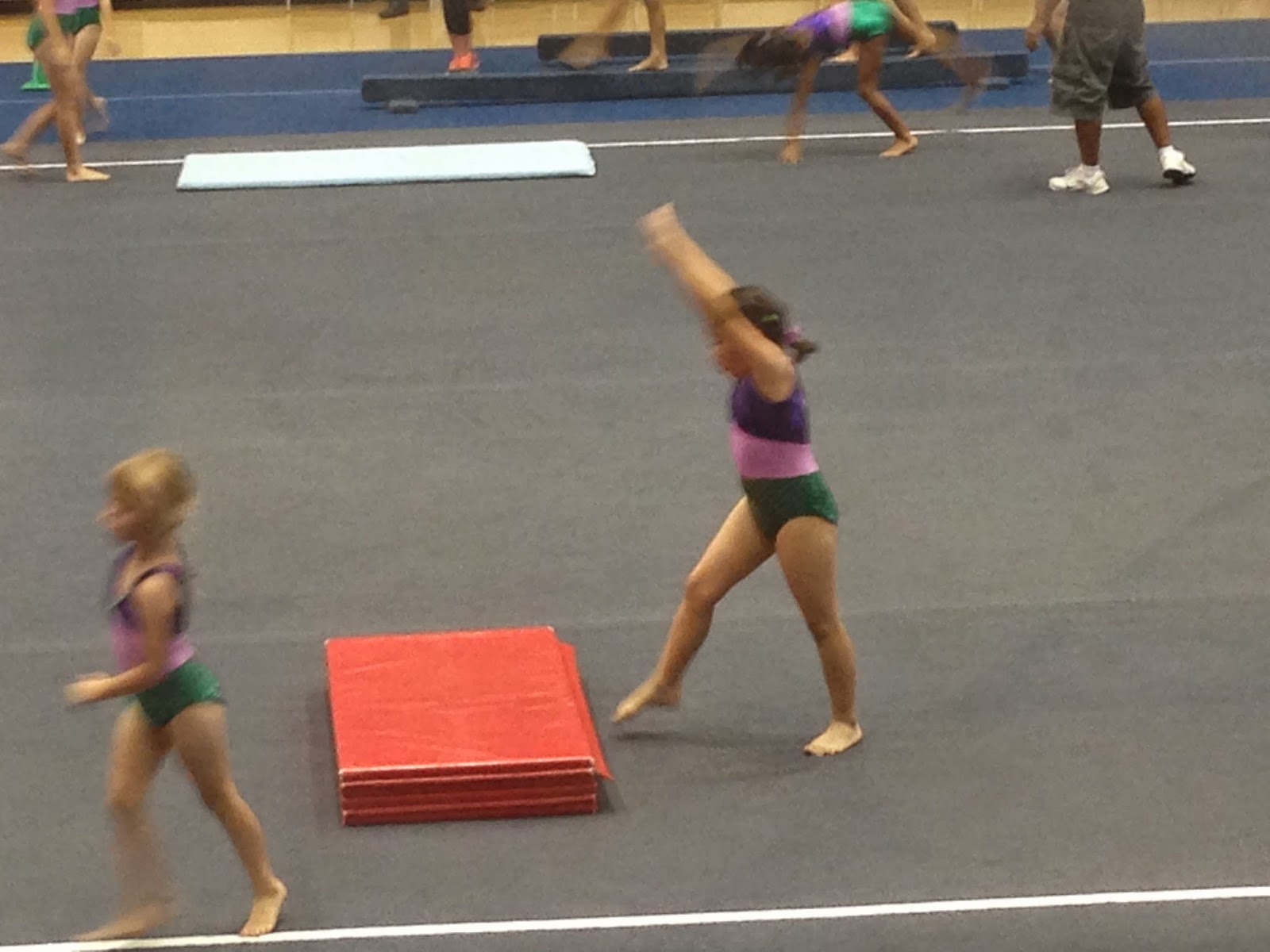 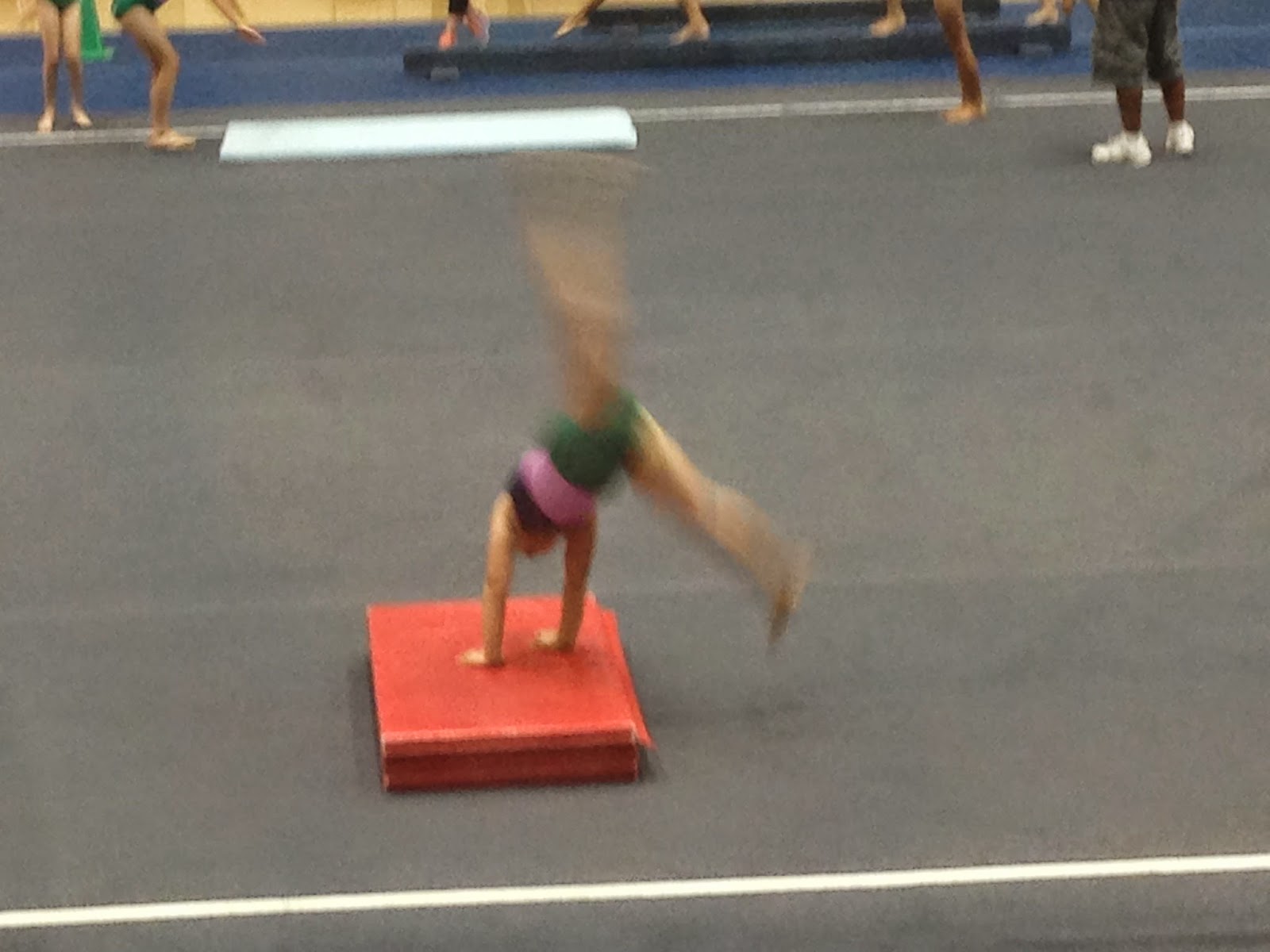 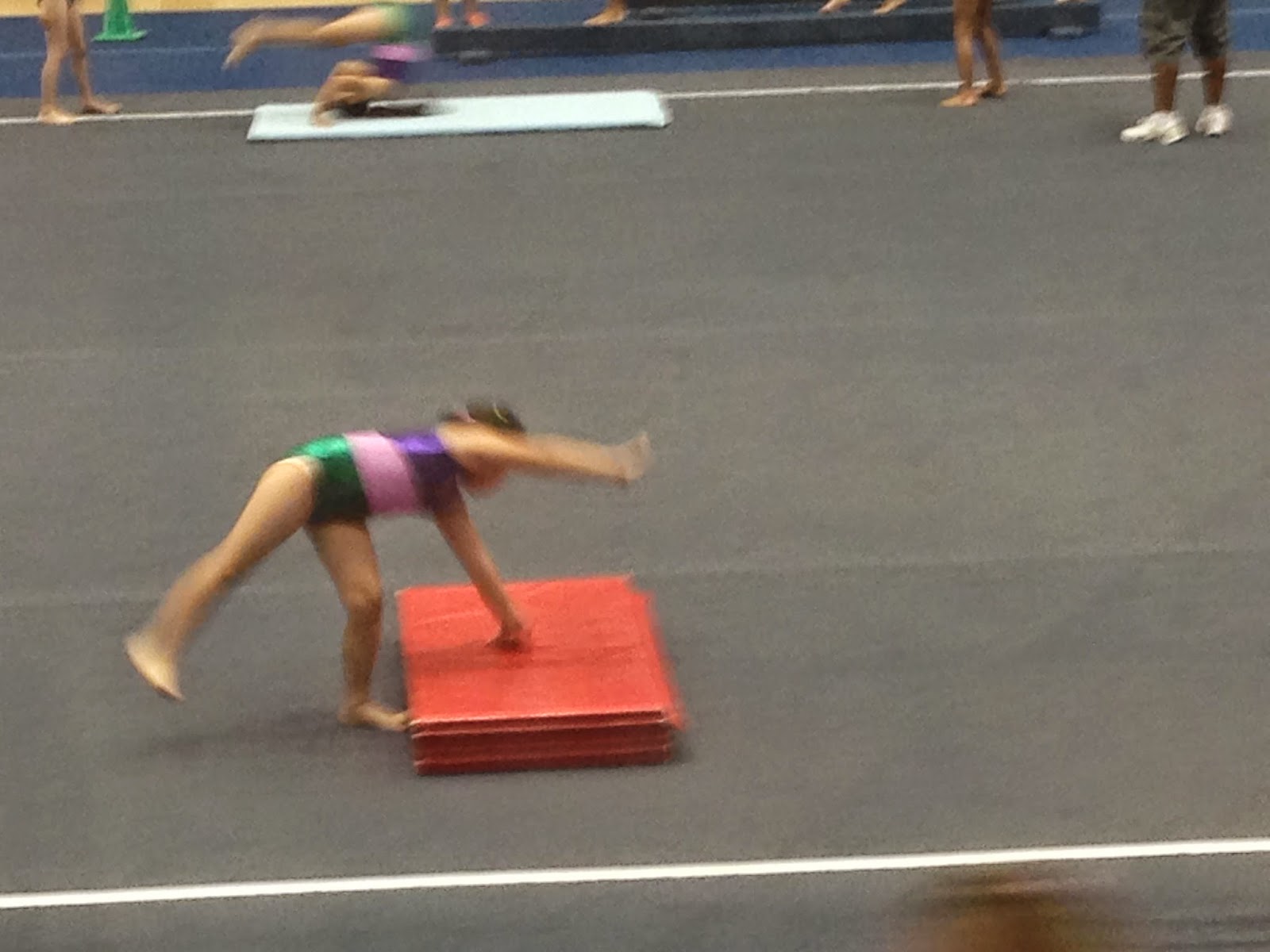 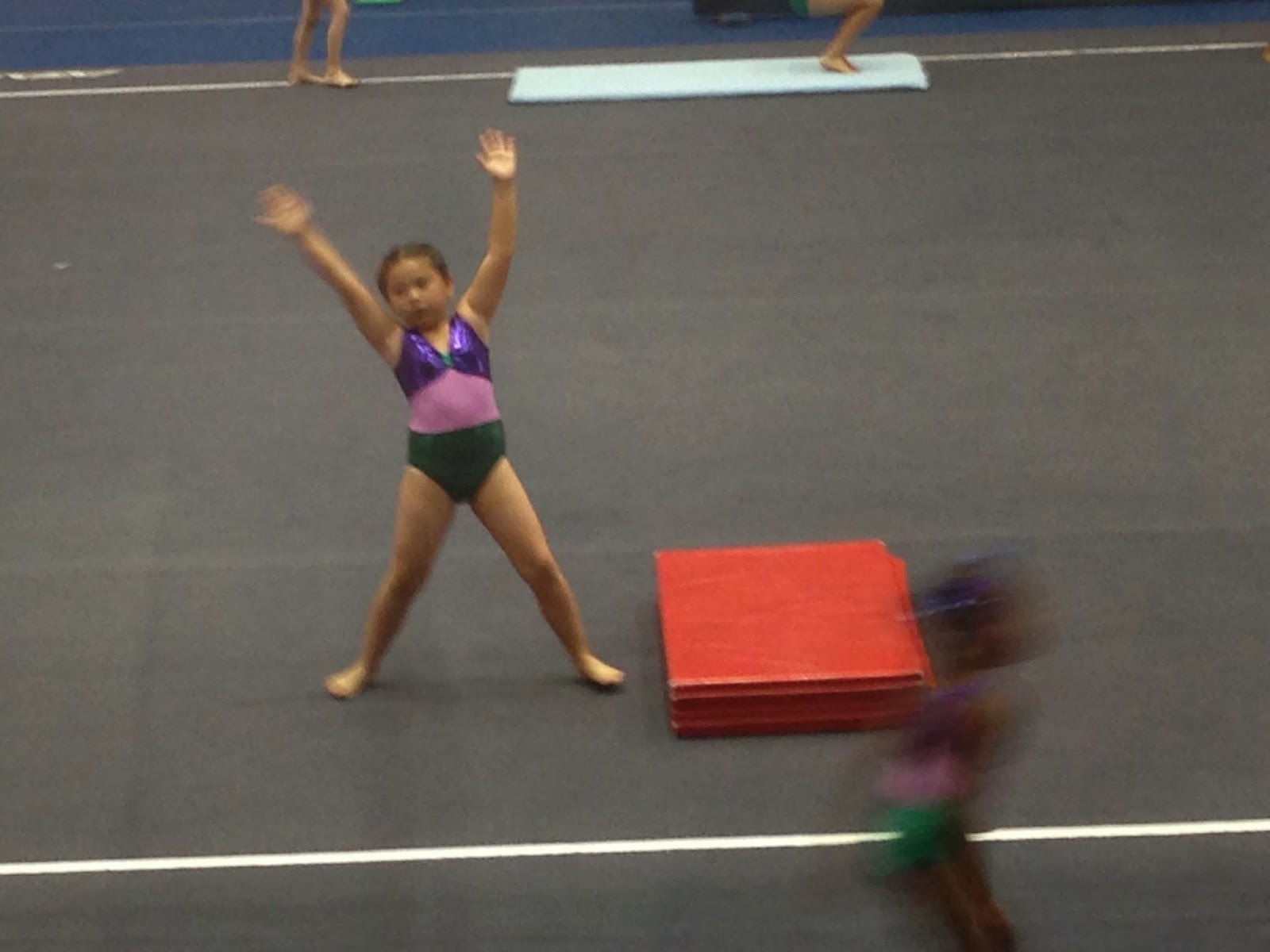 each performer receives a participation medal.  i know, i know - meh on medals for everybody, not the greatest idea in the whole world.  but she's worked her little tush off in gymnastics classes over the years, and continues to excel.  so there. 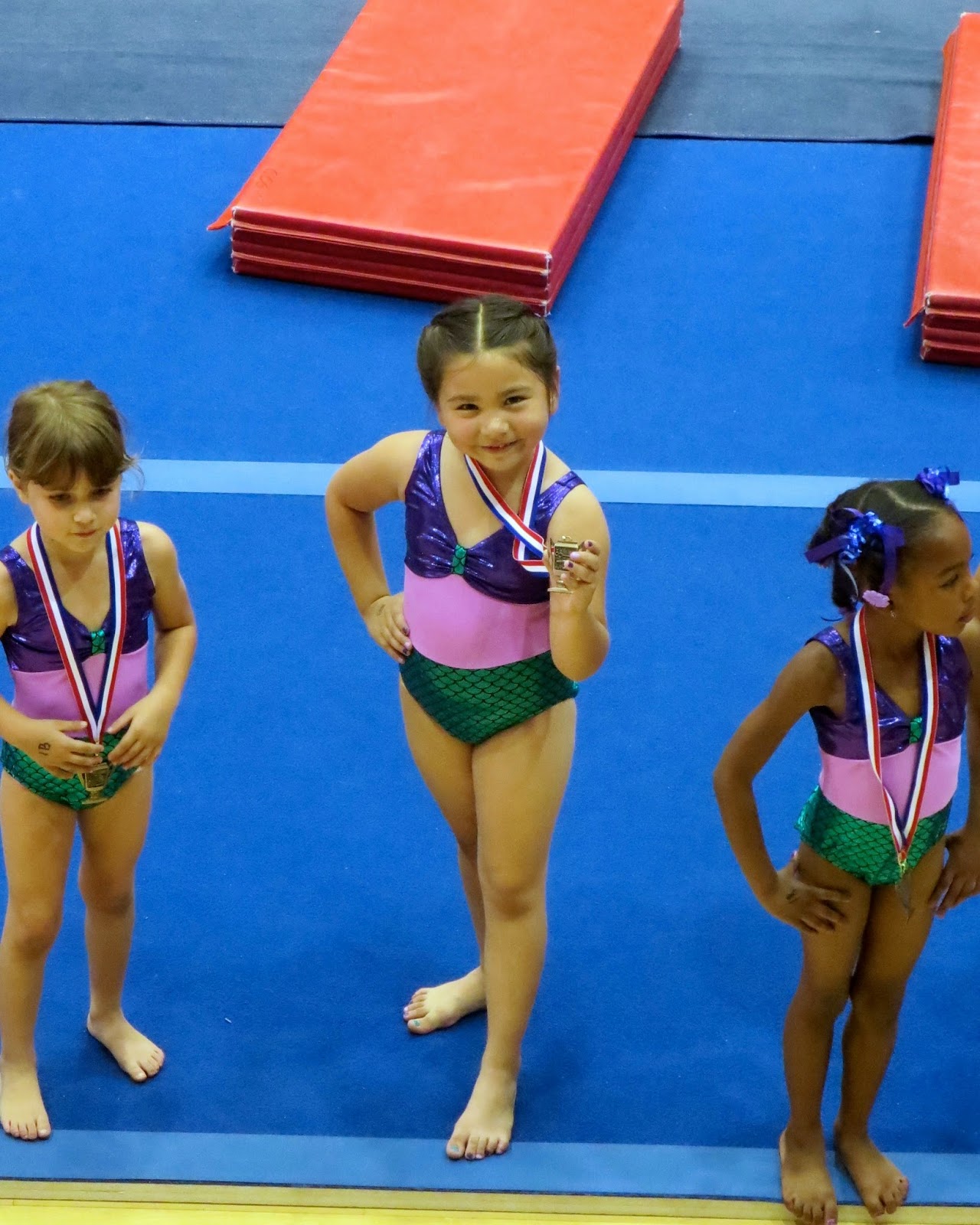 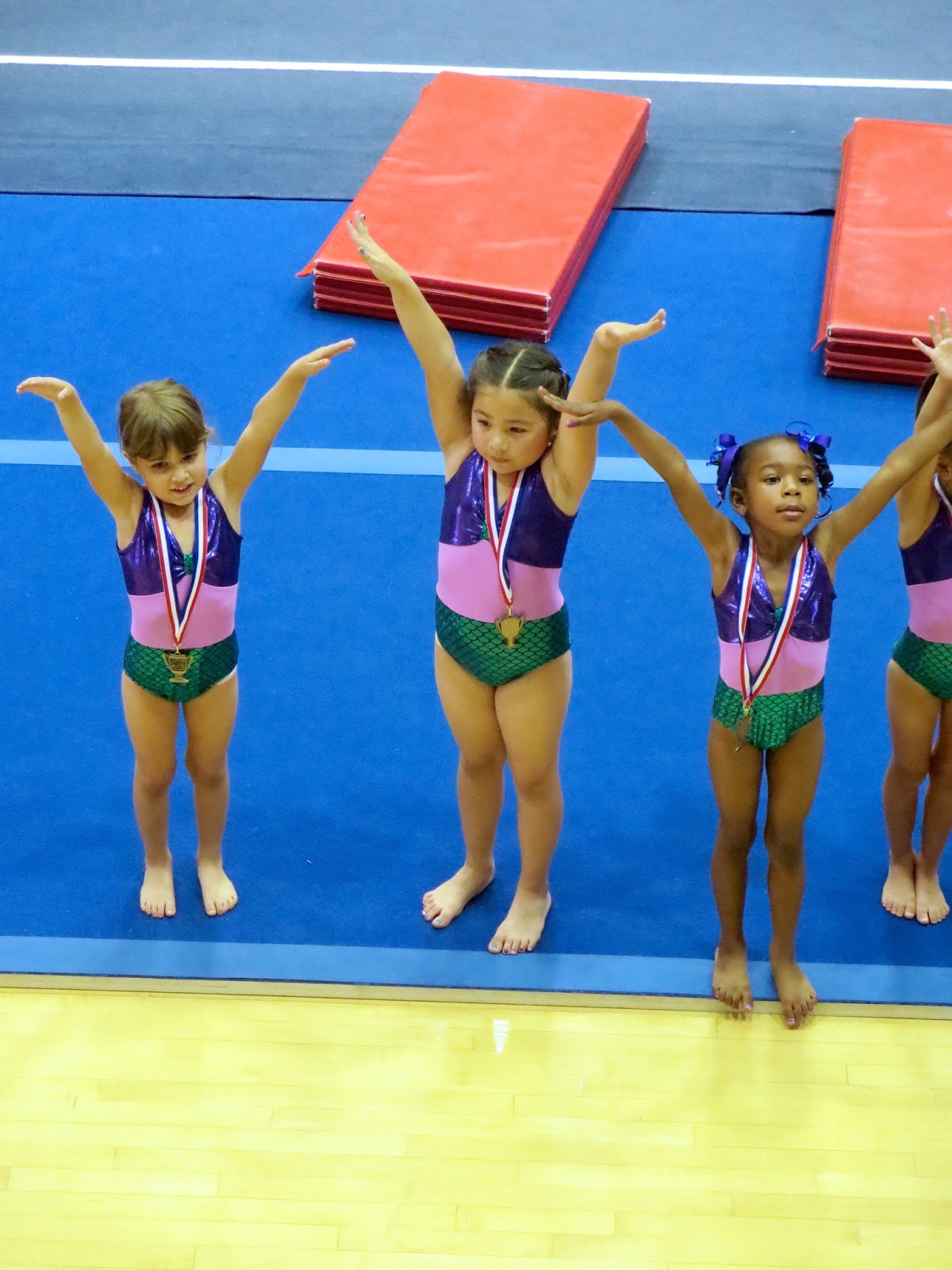 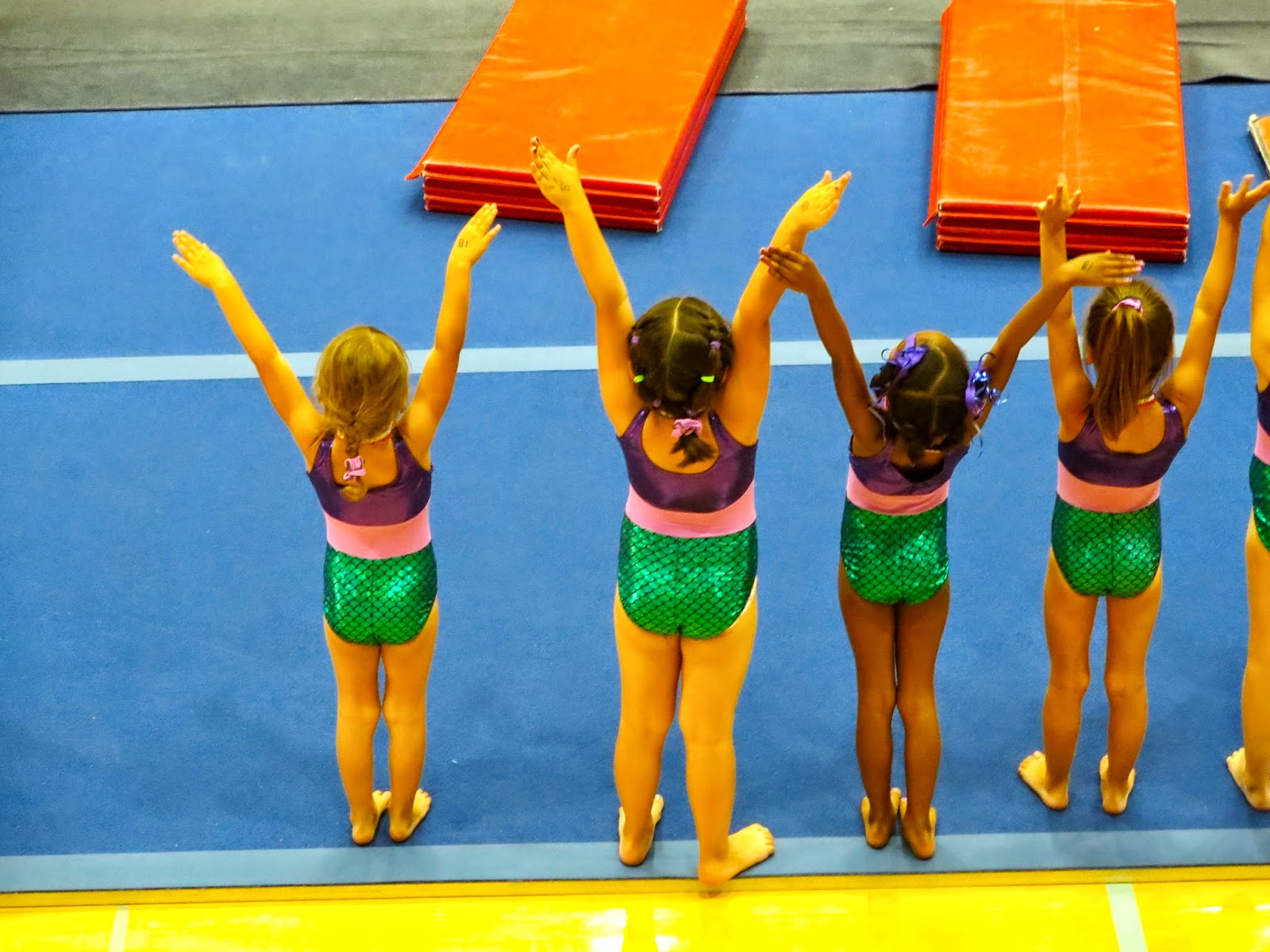 plus, she's so proud of herself.  how can you resist this face? 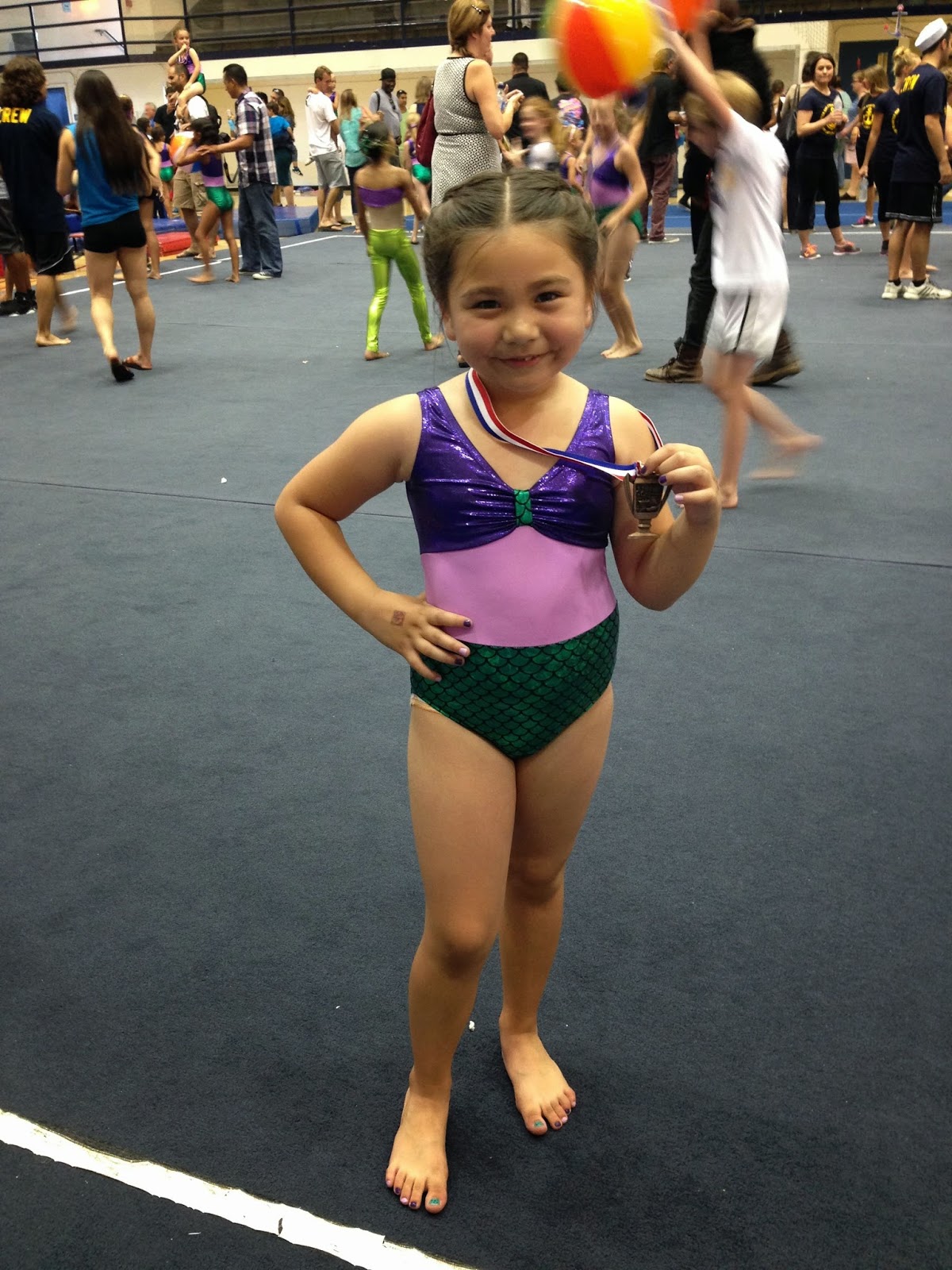 with her gymnastics bestie. 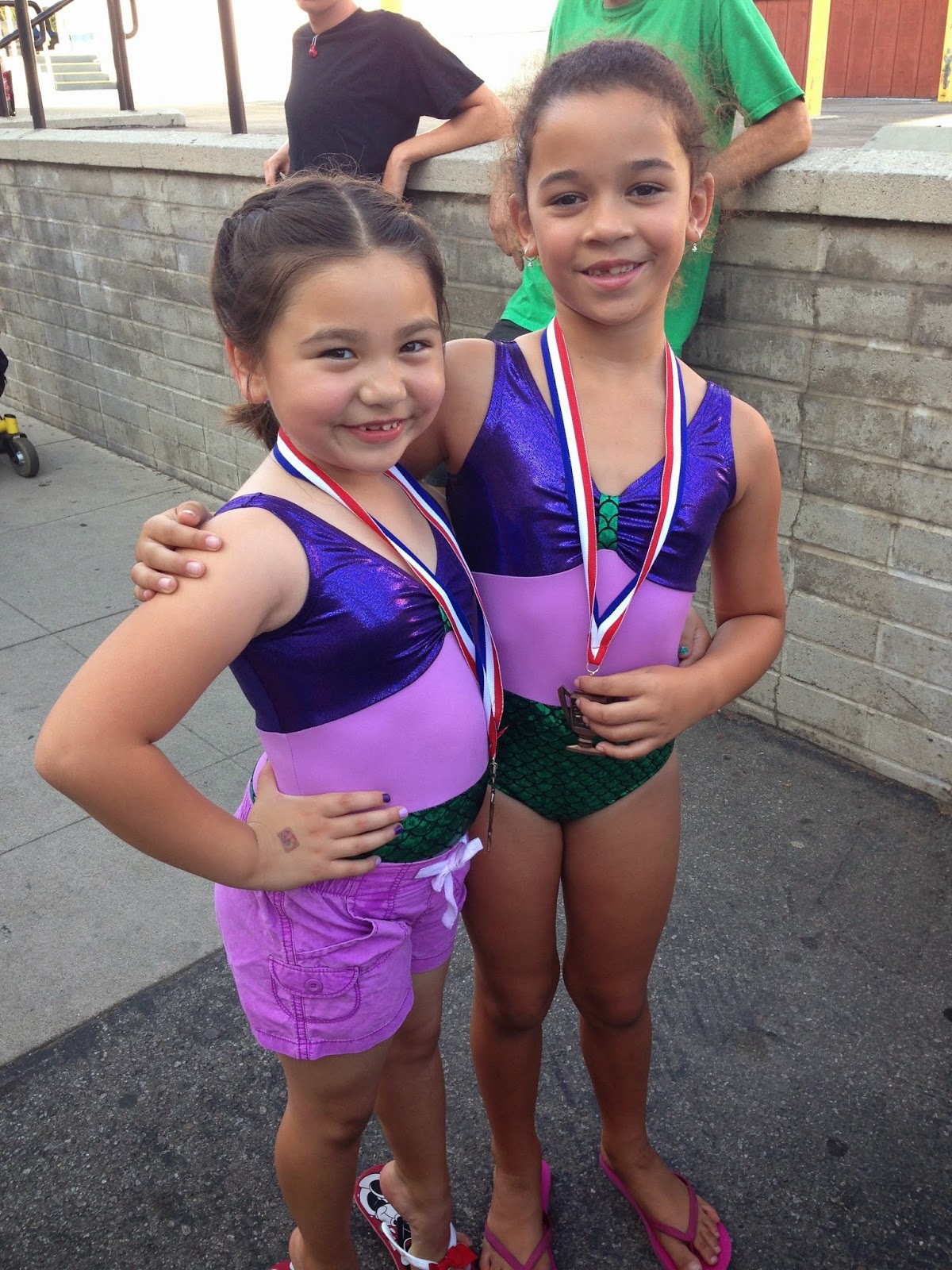 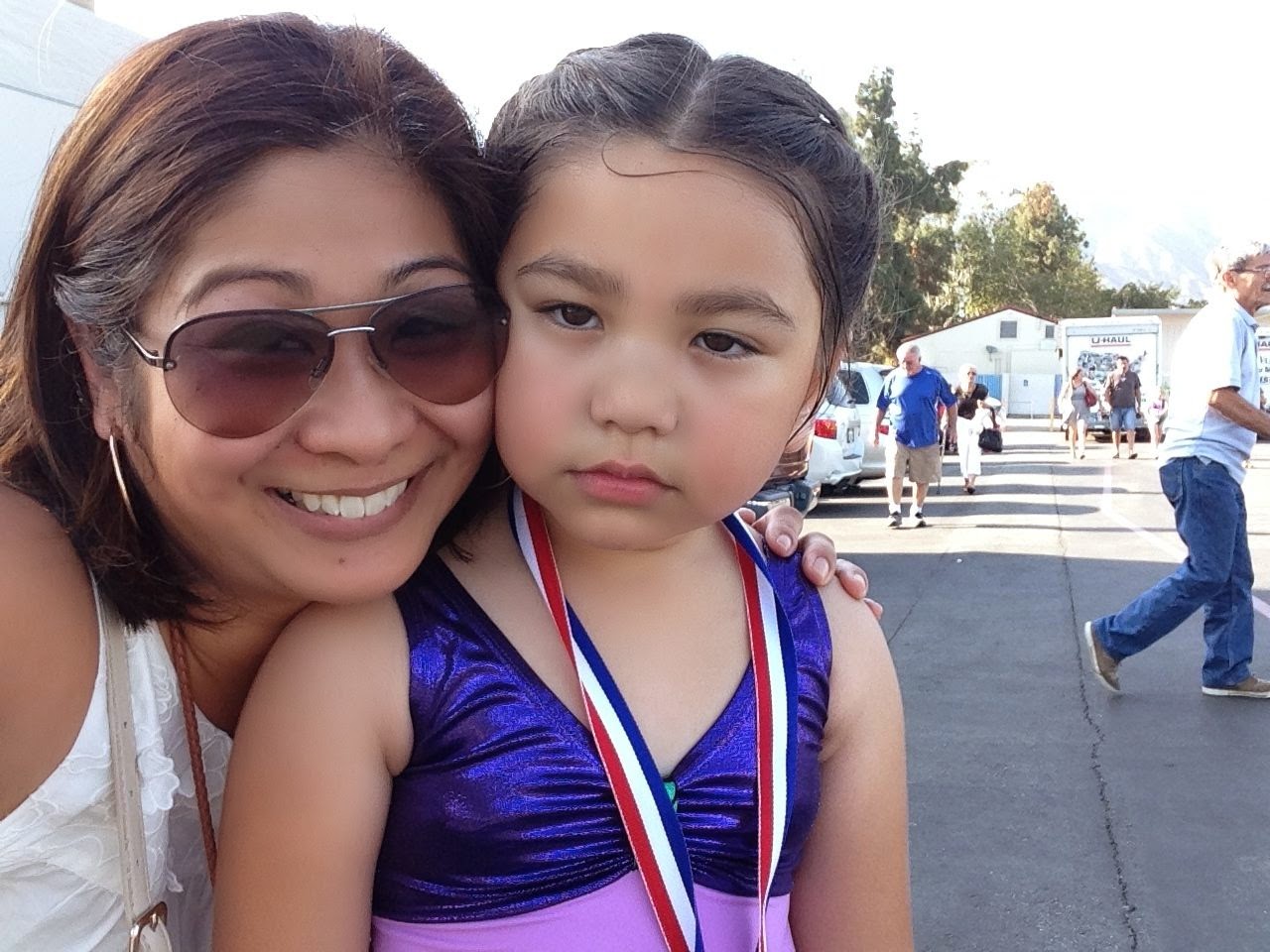 Email ThisBlogThis!Share to TwitterShare to FacebookShare to Pinterest
Labels: the bean is a gymnast